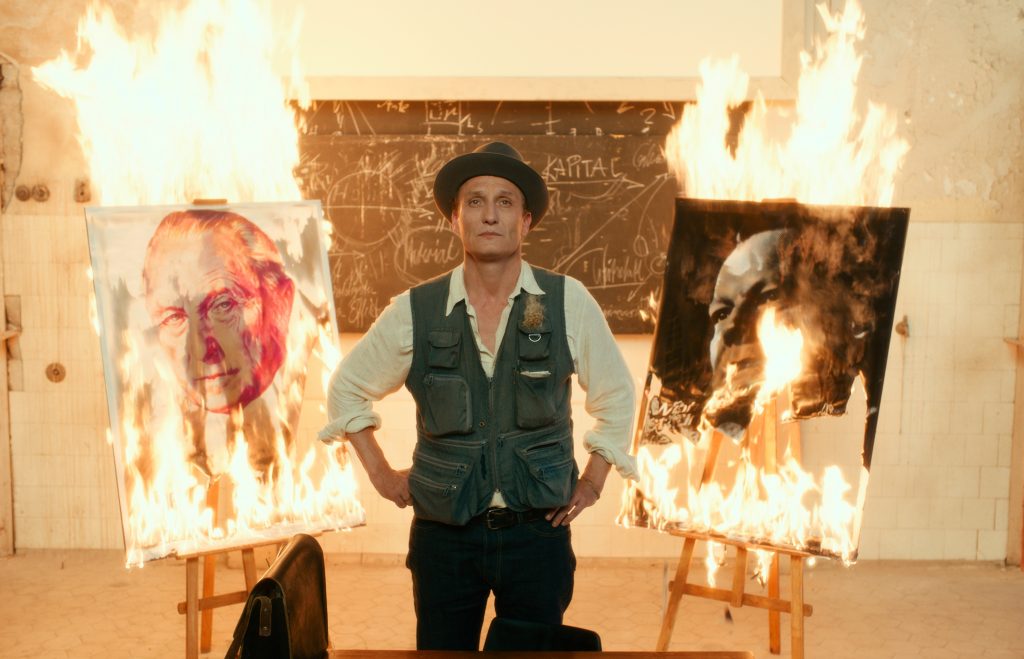 I hadn’t seen a whale in a while. Producer-writer-director Florian Maria Georg Christian Graf Henckel von Donnersmarck’s second German-language feature, the century-spanning “Never Look Away” (Werk ohne Autor) is a perverse psychological thriller, an art-history leviathan and a pastel lullaby of touchable things and thieved portfolios, a languorous three hours and eight minutes that peruses high art for the sake of hot ham. I looked forward to von Donnersmarck’s latest, despite hushed reviews from festival outings and a lackluster German release. The movie was thrashed in German-language reviews, but I don’t know how much is taking the film to task for its wholesale appropriation of the life of the living Gerhard Richter and the late Joseph Beuys. (Richter is eighty-seven.)

“Never Look Away” is an uncommonly greedy magpie epic fictionalization of a living artist’s life: the screenplay’s inspiration, Richter, has objected in a now-notorious New Yorker profile-cum-hit piece on the eccentric filmmaker. The lovely but inert movie’s assembly of absurd, absurdist particulars is fractured more than knit, panoply and pageant. (Whether ripped from conversations with Richter or invented, the central psychosexual-social-family conflict is brutal.) The screenplay could be taught in shop class: the smell of fresh carpentry hangs. The writer-director’s worst crutch is to let scenes end with a pause, with reaction shots from characters, often murmuring a line to no one but the absent audience, grasping for a last straw of “meaningfulness,” if not emotion, if not narrative economy. The camera doesn’t capture thought, but instead the actors’ reaction, consternation, attitude after attitude: platitudinous attitudes. 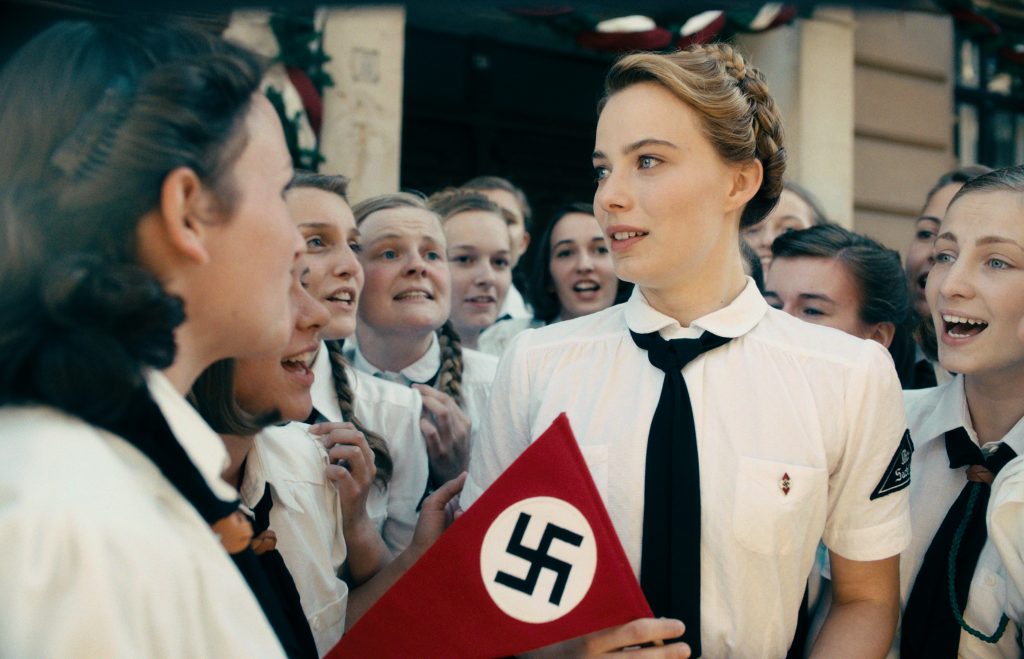 The female is form: women are extended figures examined in tracking shots along elevated buttocks, or overhead frames of pluperfectly arrayed breasts, a single mole centered across the wide frame. Men, the male artists, like boys, are perpetually barefoot, soulful, soiled soles centered. It’s an older man’s view of the body and of representation from earlier eras of German art, these splurges of fleshy figuration. 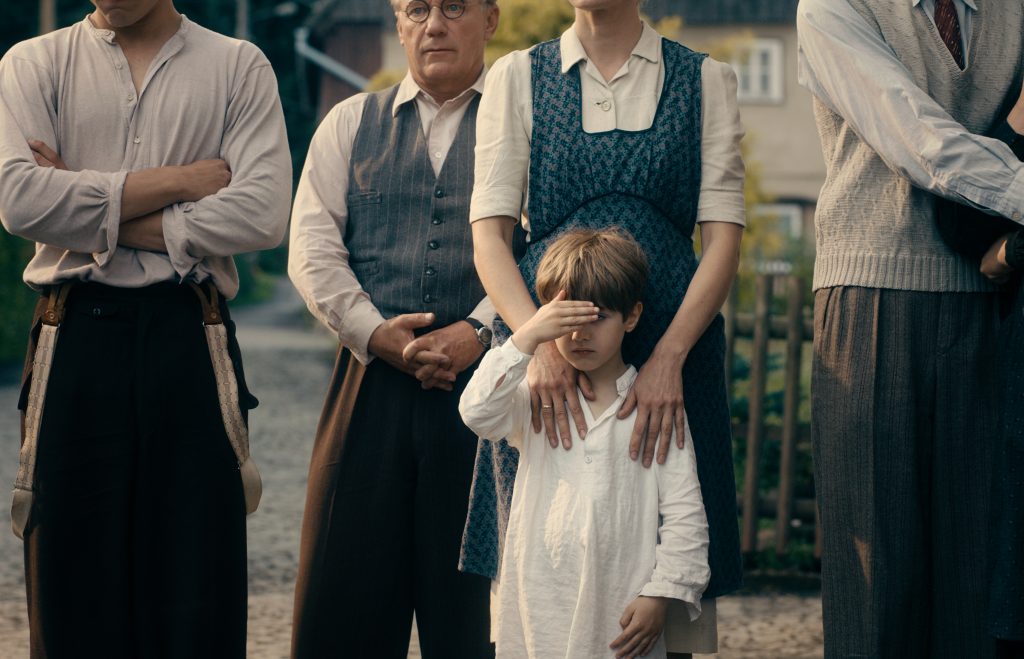 Even the distressed clothing of supposedly impoverished students stinks of esthetic perfumery. Everything is a “callback” to another thing. It wearies. The combination of bursts of beauty and compulsive structuring resembles habits of some of the movies of Robert Zemeckis, and Von Donnersmarck exuberantly demanded of me at the time of “Lives of Others” to explain why there is no monument built to Zemeckis in his Chicago birthplace.

But the great saga dancing across this canvas is the taking of Gerhard Richter. Cleverness abounds. Disrespect dances. In a New Yorker piece akin to the Janet Malcolm essay that insists that all journalists betray, von Donnersmarck gleefully recounts the days reticent Richter spent opening up to the cherubic yet elephantine man who made “The Lives of Others” and “The Tourist.” (These titles could be affixed to this film as well.)

Here’s a passage from Dana Goodyear’s toxic January 14, 2019, profile of von Donnersmarck in The New Yorker: “’This man has lived through everything imaginable,’ he told me. ‘He’s lived through his mother being raped by the Russians, his father committing suicide, his aunt being euthanized, both of his uncles being killed on the Eastern Front, his childhood classmates being killed in the bombing of Dresden, the experience of incredible impoverishment. Yet he manages to take all these things and charge them, in his paintings, with this mystical energy that comes from the suffering.’ In this way, Donnersmarck said, art becomes an emblem of resilience, even productivity: ‘It gives us that wonderful feeling that our suffering can be of use.’”

Typical line of von Donnersmarck dialogue: “You’ve been through a lot of shit, haven’t you, but does it help you to wallow in it?” Richter wrote to Goodyear: “Unfortunately, this visualization of all the facts caused such bad feelings, and my dislike of both the movie and the person grew so much again, that I find it impossible to give you an answer.”

For another voice, eighty-three-year-old filmmaker William Friedkin, who maintains a steady Twitter presence, likes “Never Look Away” very much.

Billy – my first ever tweet (from a handle my cousin Nicky D. gifted me almost a decade ago) to thank you and Sherry for your kind words and your great support. @williamfriedkin pic.twitter.com/T8KRrYDJtO