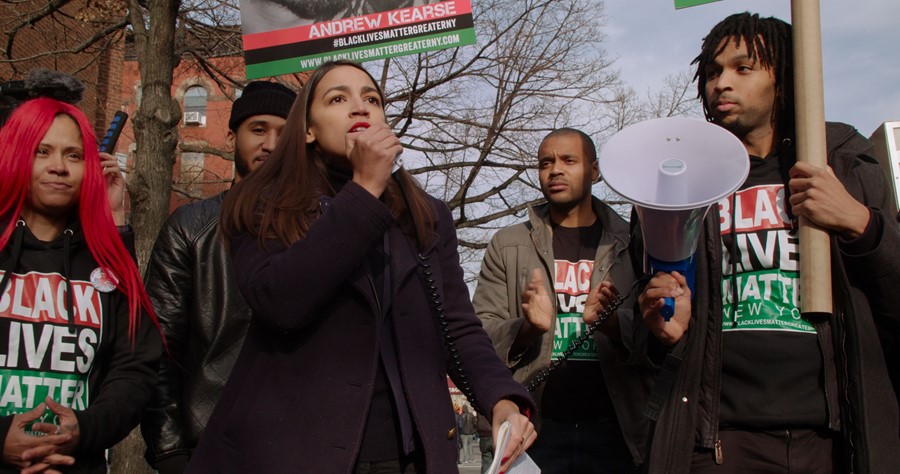 “Knock Down The House” is a superb survey of how to affect hearts and minds in latter-day retail politics. “We have to have the courage to say, ‘We can do better,’” Alexandria Ocasio-Cortez says early in director-writer Rachel Lears and editor-writer Robin Blotnick’s brisk, bountiful, bracing two-years-in-the-following vérité documentary “Knock Down the House,” a chronicle of four progressive women, from the Bronx (Ocasio-Cortez), West Virginia (Paula Jean Swearengin), Nevada (Amy Vilela) and Missouri (Cori Bush), running against entrenched, often self-serving incumbents in the House of Representatives in 2018.

“Because the alternative is no one.” Someone adds: “So, literally anyone could, right?” And when pressed at a gathering on why Democrats should sacrifice long-established Democrats to newcomers, she says, “Well, if they’re good enough? They’ll win.” (Blotnick told Vulture that he expected Ocasio-Cortez to lose: “I really thought she was the kind of candidate who was going to lose her first race and then go on to great things down the road.”)

When we see twenty-eight-year-old Ocasio-Cortez at her job as a bartender, it’s a past-present conundrum: caught in those motions, at a job, which then alternates with glimpses of the early going of going door-to-door in her district, often to the confusion of potential voters (registered Democrats who voted Trump; language barriers such as Greek). That’s who she was; that’s who she might have remained, rather than a firebrand of the 116th Congress. While she becomes the fulcrum of the narrative, the other three are standouts as well, reflecting Ocasio-Cortez’s statement in one meeting, “This isn’t about electing me to Congress. It’s about electing us to Congress.” (“Knock Down the House” sold to Netflix at Sundance for $10 million.) 86m. (Ray Pride)

“Knock Down the House” is at Landmark Renaissance Place and on Netflix.