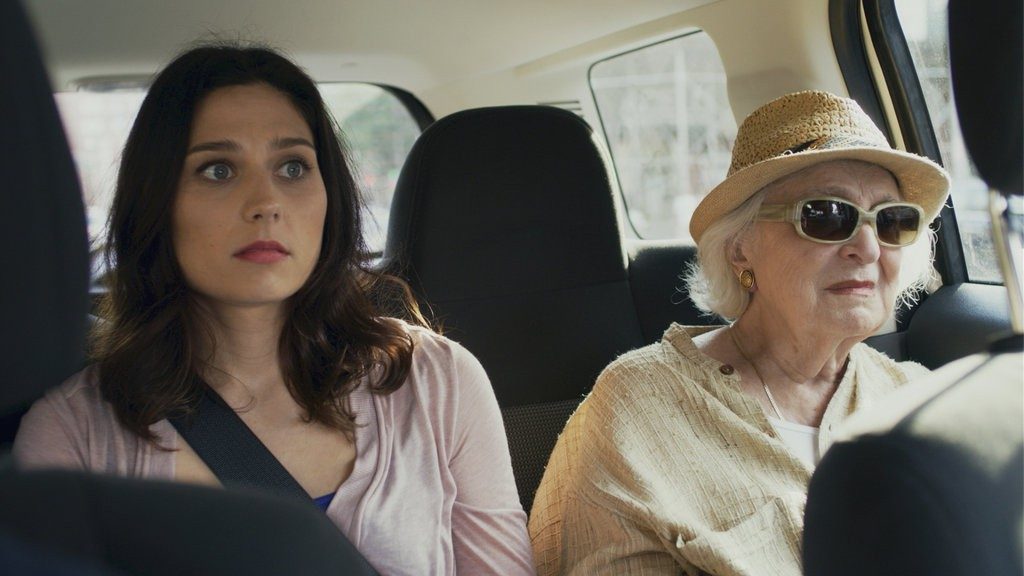 The matriarch of a Jewish family, a Holocaust survivor, reveals the truth of her origins in “The Last,” an unvarnished vehicle for the exceptional range of nonagenarian actress Rebecca Schull.

Jeff Lipsky, a career film distributor with a parallel path as an independent filmmaker, has a bold, brash approach to stark, plain filmmaking: rawness, bluntness, breathlessness in the face of incest, abortion, cancer, suicide and now, the Holocaust and Jewish identity.

Some critics suggest Lipsky’s stories, lovingly cast and achingly played, should be composed as novels or plays, but that’s not what’s in front of us in each and every one of the movies he’s made. There are filmmakers whose work is sleek and slippery and flattering and formally conforming, but how many would have planned the ten-minute opening blind date in “Flannel Pajamas” (2006), or the brute, unvarnished, ceaseless monologue Julianne Nicholson has later on? (Or the concatenation of world-shifting confessions in “The Last.”)

The volcanic and galvanic and distended are welcome on stage, but these attributes are a fine thing to find on film as well. The machinations and contortions and straight-up barefacedness of Lipsky’s screenplay for “The Last” make once more for eye-popping performances even when there are eye-rolling details. With Reed Birney, A.J. Cedeno, Jill Durso, Julie Fain Lawrence, Sami Molly Bray. 123m. (Ray Pride)

“The Last” opens Friday, May 3 at Cinebistro Old Orchard.