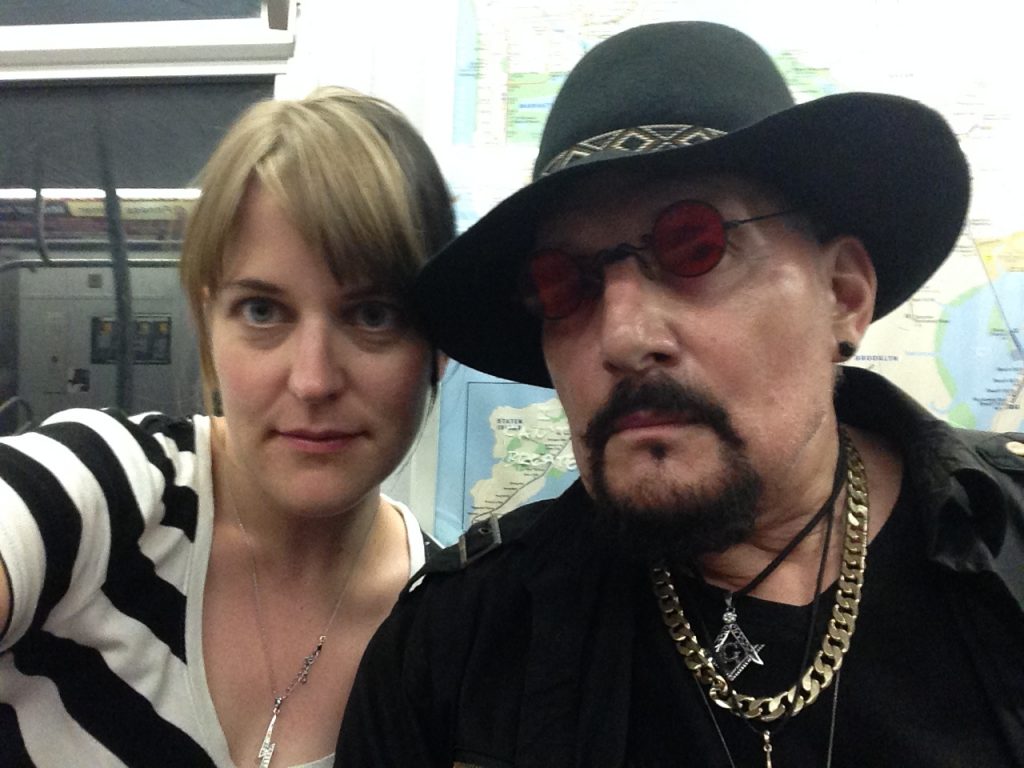 Lori Felker’s first feature, the documentary “Future Language: The Dimensions of VON LMO,” is a furry, crackling beast. (Felker pitches it as “a distorted portrait of a rock ‘n’ roll alien.”) The character of her body of experimental work, video installations and cracked, comic narrative shorts filters through her longest-in-production project yet. (Felker’s Film 50 bio is here.)

VON LMO, the New York City-based No Wave musician who claims to be an alien hybrid, and best known for his 1970s-1980s output, is “a challenging person to work with,” the longtime Chicago filmmaker says, mildly.

With her “distorted portrait,” Felker describes not only a complicated man, but inserts herself as the fan-filmmaker-woman intrigued by a life that includes trips to his home planet of Strazar, multi-dimensional travel and times in prison and on the streets. “Future Language” debuted as the closing-night film of the 2018 Chicago Underground Film Festival, and toured the circuit of underground film festivals and independent spaces, landing on May 7 and 8 at the Music Box.

Short feature, long production…
Yes, I met him in 2011 and the film was completed in 2018, so about seven years. I figured this film would take a while to make because I was following around a living person who lives in another state and who doesn’t have a clear “end” to his story. I employed a lot of what I’ve learned from making short and experimental films and had fun using lots of different cameras, playing with time and building the film out of little scenes, hypnotizing segments and recurring animations. What was hardest for me to grapple with was simply the whole notion of “documentary”! I found it difficult to represent someone else and tell their story in a way that captured the essence of my seven-year understanding of him, mixed with the rest of his life that is mostly known through his own storytelling. There’s not a ton of archival material.

Did you think of the construction of the film as putting several shorts into a mosaic?
Yes, I felt like I didn’t have to create a narrative, or paint a traditional figurative painting, rather I could pile up all of these pieces that would build their own narrative and picture simply by being in relationship with each other in the timeline. I trusted that all I had to do was show the audience some glimpses of him over time, which mirrors my choppy, varied, emotional rollercoaster of a relationship with him, and they would be able to step back and see a whole portrait. Like a Chuck Close painting, to continue the metaphor. Ninety minutes would never be enough; I could’ve constructed a million little segments, ideas, moments and perspectives. It was really hard to decide what the meat of his story—my movie—or his movie—my story?—was.

Were there passages of distrust from him or utter confusion for you?
He’s a storyteller and performer, he has a human memory and he’s done a lot of drugs, he’s a goofball and likes to mess with me and I think he’s still making up his mind on choices and regrets. Every time I met with him I met a different person with a different mood, a different relationship to me and the camera, a different agenda, and sometimes he would tell me the same stories. That’s all to say that I didn’t know exactly what was real, true or exaggerated and it took a little while to realize that all of those variations are his “truth.”

Were there interesting dead ends you had to abandon for one reason or another?
Absolutely, although I wouldn’t say they were dead ends, rather just more pieces that created new splinters and tangents that I didn’t have time for. His relationship with and stories about his saxophonist Juno Saturn interested me a great deal. His answer to questions about Juno showed some real emotion. He also tells some tall tales about his childhood as an alien hybrid.

Did your first notion of what you were hoping to make persist for seven years?
No, but mostly because I felt I had stepped out of my comfort zone trying to make a documentary. I felt that I was doing it wrong. A lot of people have very strong opinions about how to do it correctly and I heard them all. I was supposed to keep myself out of it, I wasn’t supposed to show him rough cuts, I should’ve brought a crew with me and so on. Eventually, it became a good idea again when I just decided that I was going to make my film, the film I wanted to make and could make based on how all of this was actually happening in my life. Once I was at peace with what the film could or should be, then I let VON be VON and I let me be whatever type of filmmaker I wanted to be. 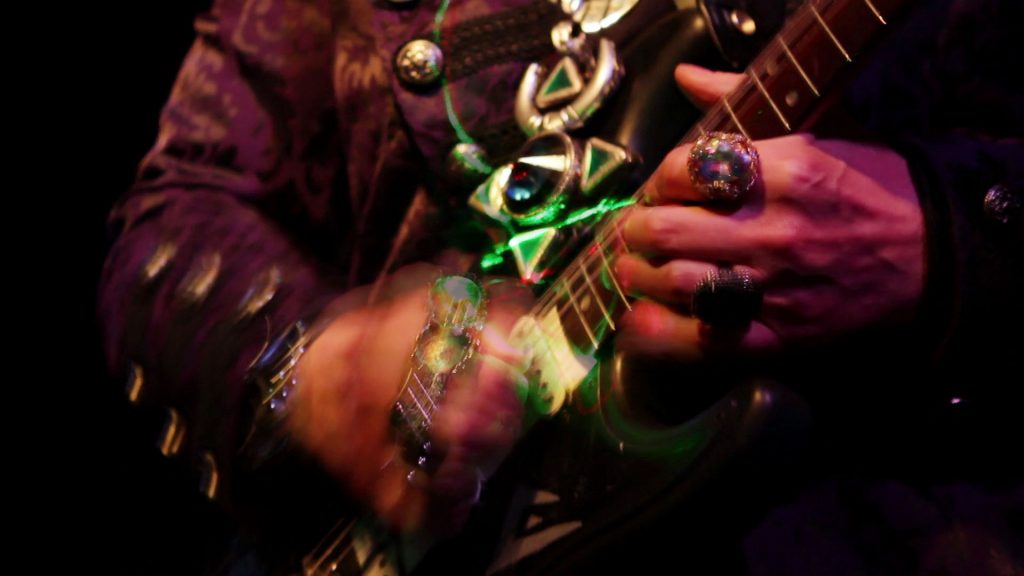 Were there times you felt like you should stop? Just quit? What were they?
One of those times is in the film and it’s after I had to reckon with his past treatment of women. This was just a couple of years in. I also would freak out when he got sick or hurt and ended up in the hospital. It felt like I was crossing ethical lines to keep working on my “project” when a real person was on some sort of brink. But any time he stumbled, I felt he looked to me and our film as something to hold onto. We always kept in touch and I could tell that we both needed to see this through and finish what we started because we both had things to say.

Will you carve any shorter pieces out of the rubble if you have the chance or opportunity or interest or market?
I’ve thought about it! If I find the time, I’d love to throw clips up on my website. There are so many fascinating stories and modes of storytelling that I couldn’t fit into the film. I’d love to post some uncut interview answers. I kinda love it when he rattles on and tells a story in all of its dramatic grandeur, with all of his extreme William Shatner pausing, but that doesn’t work so well in a ninety-minute movie.

What kind of distribution did you hope for?
All I really hoped for was that people would see this and we would have good conversations. It’s just a fan film on one basic level, but it’s also about addiction, age, parenting, music and so much more. It was meant to live online at Fandor.com starting this past March (they provided some finishing funds), but unfortunately Fandor has been in some weird frozen or shelved mode since December. I suppose I’m looking for new options. I may just put it on Vimeo to keep control over it and make sure fans can find it. At the end of May the film will have screened twenty times, at a mix of festivals, movie theaters and microcinemas. I’m pretty happy with that and am excited to see what it will do online after I figure that out over the summer.

“Future Language: The Dimensions of VON LMO” shows at the Music Box May 7-8 at 9:30pm. Felker will appear at both screenings.