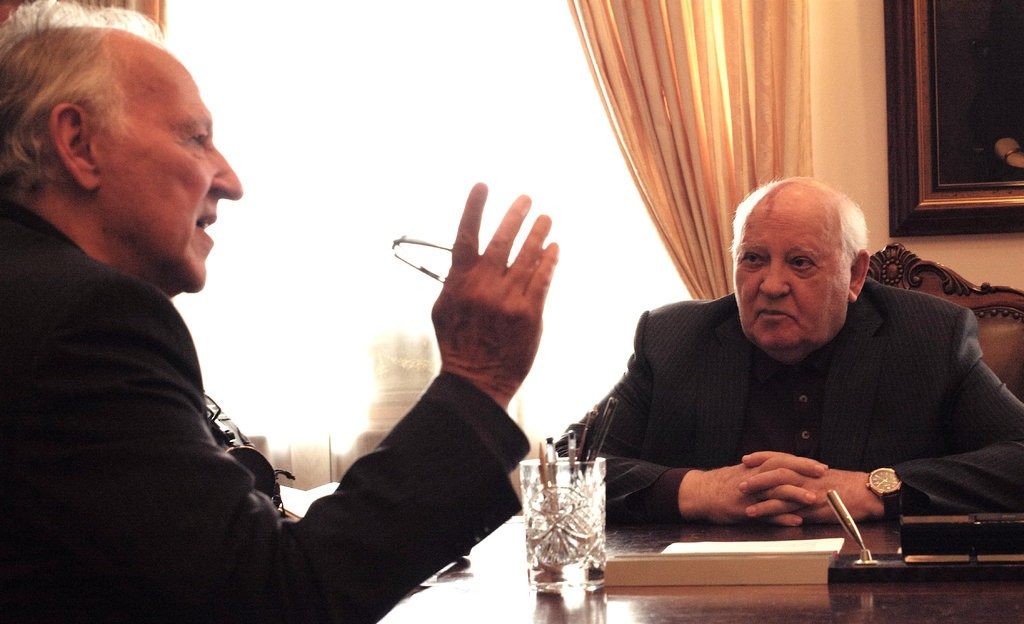 After a digital clapperboard is extracted from a close-up of Mikhail Gorbachev, Werner Herzog gets right to the German subject with the former Soviet leader. When did the now-eighty-eight-year-old statesman meet his first German? Did the German want to kill him?

No, actually, he says, they owned a sweet shop and they were very nice. While never reaching for the ether (or ethereal) of his many great documentaries, Herzog’s multiple sit-down visits with Gorbachev are filled with spiky moments and unexpected questions that make the portrait compelling. (Co-director André Singer was one of Herzog’s co-producers on Joshua Oppenheimer’s “The Act Of Killing.”) There’s a passage about Gorbachev’s meeting with Ronald Reagan in Iceland, but no mad fauna like the penguin Herzog esteems for going mad in “Encounters at the End of the World.” Instead, it’s two men in the midst of history. Ideals upheld, mistakes admitted. 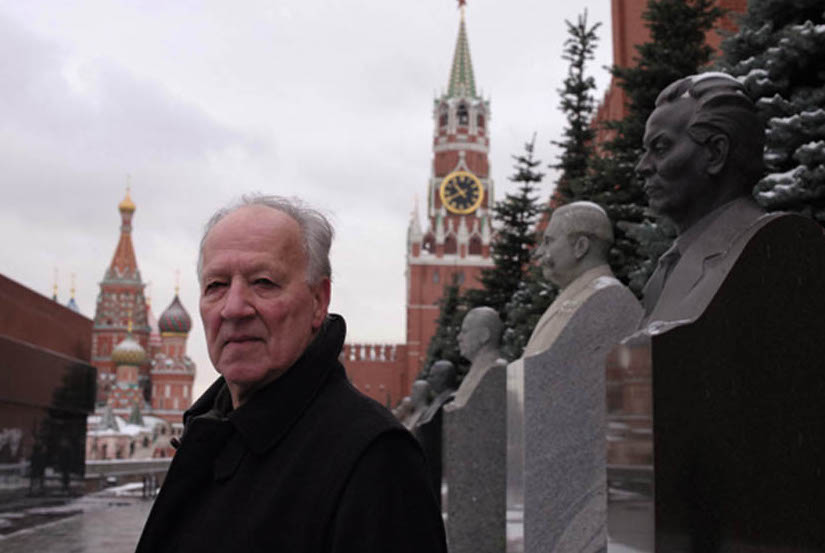 Herzog visibly enjoys talking about the fate of the planet with Gorbachev: curiosity and glee mingle with childlike delight in an open embrace of hagiography, a rich and tragic love letter to a well-meaning man. “He’s a towering figure of great historic dimension for the last part of the twentieth century,” Herzog has said. “I do not see anyone of his stature at that time and of such momentous political events and historical events that he, in a way, triggered.”

And, as is highlighted on Herzog’s own site, “I have to take an audience through my camera very deep into the heart of men or women, and that’s what I do.” And there are moments where the elderly Gorbachev gives good snipe, as of his unsteady successor, Boris Yeltsin: “I was probably too liberal and democratic as regards Yeltsin. I should have sent him as ambassador to Great Britain or maybe a former British colony.“ 89m. (Ray Pride)