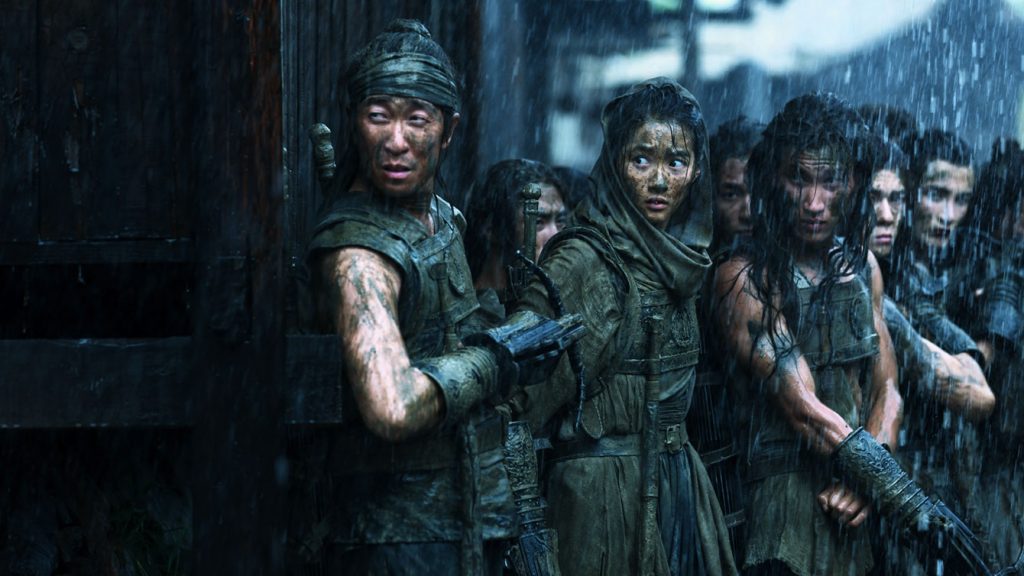 It’s an unfair month or an unlikely bounty for fans of Chinese films this week, with Zhang Yimou’s 2018 “Shadow”; “The Wandering Earth,” the $700 million-grossing science fiction eyeful arriving on Netflix, and Bi Gan’s narcotic masterpiece, “Long Day’s Journey Into Night,” which includes a sinuous single-take traveling shot in 3-D that lasts over an hour; plus, Jia Zhangke’s criminally neglected stunner “Ash is Purest White” has a return engagement, beginning at Siskel the week of May 17. It’s a breathtaking bunch.

Chinese censors withdrew Zhang Yimou’s latest film, “One Second,” set during the decade of Mao Zedong’s brutal Cultural Revolution, from Berlin in February. “Shadow,” a wuxia martial arts film set in a much earlier and much less controversial era, is on a par with his great, kinetic films like “House of Flying Daggers” (2004) and his martial arts masterpiece, “Hero” (2002). A variation on a Jingzhou epic, “The Three Kingdoms,” “Shadow” draws a canvas of blacks and grays and rain and blue-grays (with intermittent dashes of explosive color) in the style of traditional ink and wash Chinese paintings. Body doubles, the director says, hark back to ancient times.

“A shadow must be ready to spring into action at that critical moment when his master’s life hangs in the balance; a shadow must seamlessly meld with the real, so that true and false can’t be distinguished,” he says in a director’s statement. “Is he a man, standing in the light? Or a ghost, hiding in the darkness. Who will live? Who will die?” An excellent question, one expanded across a succession of setpieces and images of gorgeous splendor. (Cinematographer Zhao Xiaoding repeats from “House of Flying Daggers.”) 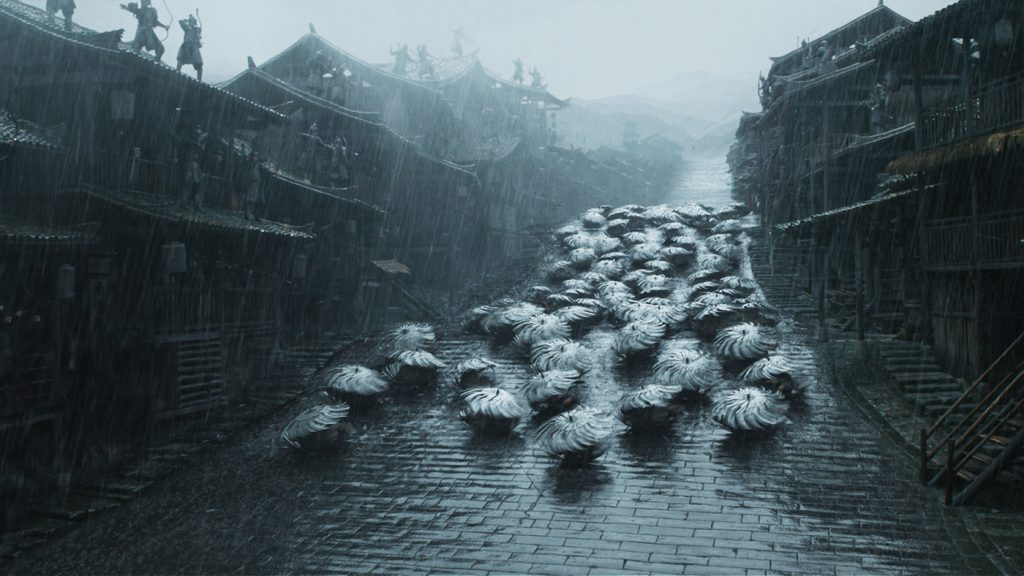 While the contours of history that Zhang Yimou pledges to honor in all his period pieces may be obscure to the neophyte to Chinese film or history, the inspired filmmaking is never less than precise dream: motion is emotion. It’s big-screen bliss. 116m. 2.35 Widescreen. (Ray Pride)