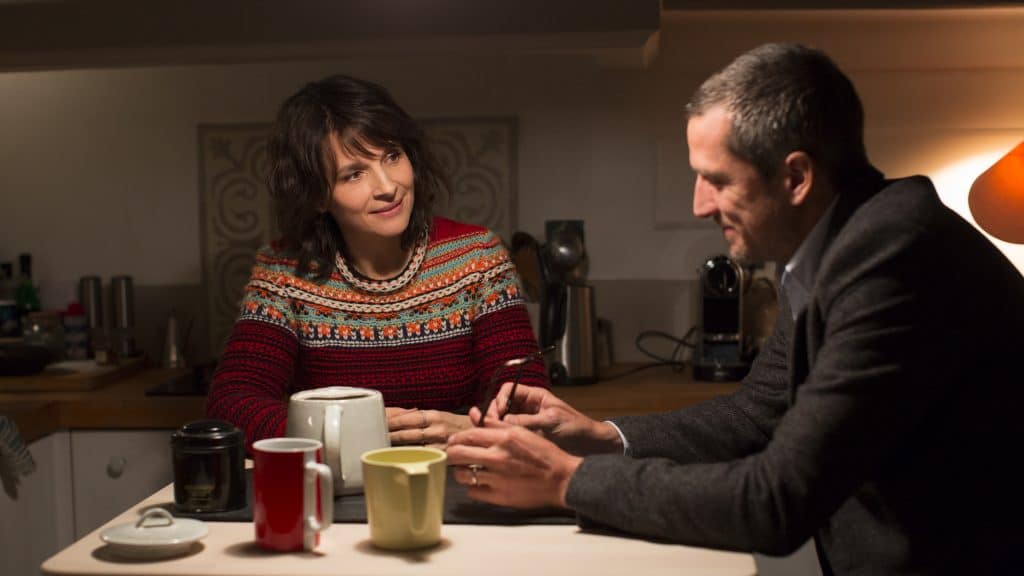 “A director makes only one movie in his life. Then he breaks it up and makes it again,” Jean Renoir said many times in many ways across his long, diverse filmmaking career. The movies ranged across subjects, but the elusive “Renoiresque” character suffused them all: tenderness, empathy, quiet narrative elegance and so much more.

Latter-day filmmakers who manage to make multiple movies across years, and without blanks in their resumes and droughts in their landscape, are rare. In whatever country of the world, a feature filmmaker crafting a dozen or more movies across a couple of decades is a rare economic attainment, let alone a creative or esthetic one.

Olivier Assayas’ movies take me by surprise always even though they’re very much part of one, grand interior canvas: there are large-picture concerns about the economics of society as in the fin-de-siècle family-in-a-factory epic “Les Destinées sentimentales” (2002) or the jumpy jaggedness of fractured consciousness at the advent of the internet age, “demonlover” (also 2002). There are the characters much like himself, those who share some of his history or an entire moment of his adolescence and certainly the bold and frontal soundtracking of their lives with the musicians and songs that Assayas righteously (and rightfully) loves with all his heart. Those pictures would include the romantic roundelay around the Parisian publishing world in “Late August, Early September” (1999), “Something in the Air” (2015), which traces his own political coming-of-awareness in post-May 1968 France, and his latest movie to open in the United States, “Non-Fiction” (Doubles vies).

Assayas had plotted a larger-scale 1970s gangster movie, set in Chicago, shot largely in Toronto, before the money tumbled down multiple times. “Non-Fiction” may have been the pick-up sticks after the Jenga-ambition of his first film since “Carlos” to play on that scale. Paris, modern-day, publishing world, crisis, mid-career writers, editors, and lovers, muddling through days and messing up affairs. Familiar? Oui, it’s surely, assuredly Assayasesque. 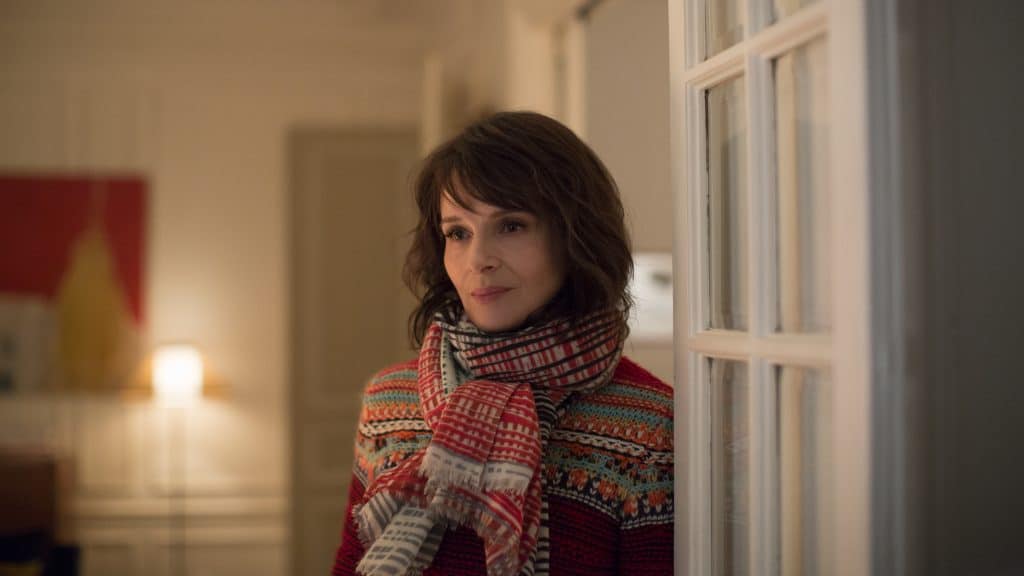 The late, long-lived poet John Ashbery offered variations on the creative process that provided the eccentric music of his webs or words: “There’s always poetry running inside me, sometimes I sit down and cut off a length.”

That’s akin to my reaction—an emphatically positive one, to the low-key superficially minor key, philosophically major doings of the blithely breezy “Non-Fiction.” You can’t keep Assayas down: take away the post-“Godfather” trappings of a crime epic, he’s going to cut off a length of musing on the modern world.

But Assayas doesn’t pause, and since “Irma Vep” (1997), hasn’t had to, when the building blocks of a larger edifice like the five-and-a-half-hour terrorist’s tale, “Carlos” (2010) or this still-to-be-made picture don’t stack up. He writes a story, calls his friends, calls “action!”

Speaking about his fictional directorial debut, “Diane,” Assayas friend writer-director Kent Jones described to me what would happen to Assayas in his filmmaking flow, his production process. A project of Jones’ had just stalled. Assayas told him, “You know, nobody is going to make your film but you. You’re the only one who’s going to direct, nobody else. The way that he has often made movies, something that is possible in France, that is not so possible here, you just start shooting with ten dollars and there’s this momentum behind it and somebody’s got to pay for it. That’s the way he made ‘Irma Vep.’ He’s right in the sense that other people are going to come up with the money, but you have to prove that you need to make it and stick by it and not stop until you get it done. You know?”

The wit and genial temperament of “Non-Fiction” should appeal even to those who haven’t watched Assayas’ playful career since the early 1990s. What remains of a Parisian publishing bohemia is the site of “Non-Fiction,” where his blithe spirits include a provocative writer (Vincent Macaigne) who takes his own dogged fuckery as fodder for his books, has an affair with an actress (Juliette Binoche), who—inconveniently? conveniently?—is married to his editor (Guillaume Canet). Sex and art, conversation and art and sex, commerce and commodities, plus a little more sex, take turn at center stage.

Assayas’ concerns about his attractive but mixed-up women and men remain: but do the hurts and hopes of these bourgeois merchants of art and culture remain of interest now that they are no longer bright-faced newcomers? They think so, in their bruise-tender vanity; so does Assayas. He gently ribs his comic foils, in their attractive, often enviable surroundings, and they are swaddled by his customary filigree of framing and his brisk editing. Assayas’ perennial skittishness about boredom is in play, as his lightly elliptical comedy shears moments that would “bore the shit” out of him in movies of other filmmakers.

“Non-Fiction” has passages that approach, but do not top the last couple of minutes of “Late August, Early September,” about a dying novelist with a younger girlfriend (Mia Hansen-Løve) and the concerns of the friends he will leave behind. Ten shots cap the movie. In a café layered with barriers of glass, described from a distant camera position with an extremely long lens, the passed writer’s younger friend (Mathieu Amalric) brings a manuscript to an editor, small talk is about to ensue, but the young woman appears, and meets a man her own age. Amalric’s all turned around: the movie’s past, his present, the future of the girl, the future of a novel he’s just mentioned he might write, are captured in shots both literal and figurative: worlds are glimpsed and pass like, well, passersby. Amalric strikes a match, lights a cigarette and all is black: story told, memories of story to be reevaluated. Breath: the dizzying of self. The making of moments. The essence of movies.

It will take another viewing of “Non-Fiction” to fathom the handful of scenes akin to that perfect bookend of one of Assayas’ best. The comedy here is both playful and forcefully sophisticated, that convey the present story in more than frames and words, as both physical presence and time itself. Dizzying yet with its feet on the ground, “Non-Fiction” captivates.

“Non-Fiction” opens Friday, May 24 at the Music Box.