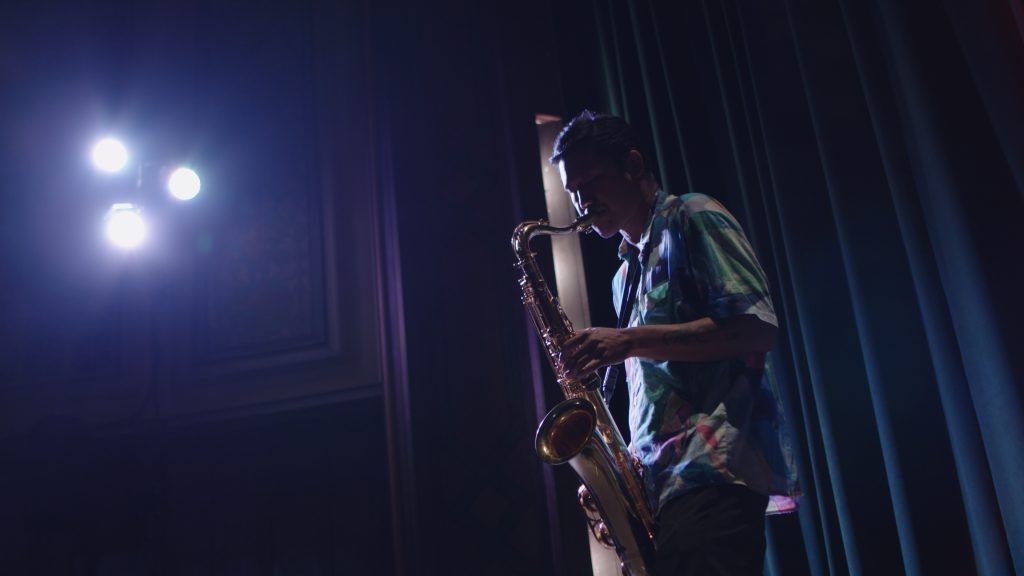 Green. Emerald. Verdure. Verdant green, cobra green, relentless, gentle, lulling green. (Warmth and wonderment.) Jazz, free jazz, cracked notes, torn sounds. (Meditation bells.) The diverting mix in writer-director Christopher Makoto Yogi’s “August at Akiko’s” makes for low-key atmospheric current in a modest Hawaiian sojourn. A musician, Alex Zhang Hungtai, formerly of Dirty Beaches, plays a fictionalized version of himself returning to the Big Island after a decade away, searches for his missing grandmother. He wanders his way into a Buddhist B&B and the path of Akiko Masuda, playing a fictionalized version of herself as well.

The gestures accumulate; cohere, into the incidental and essential anthropology of not regional, not local, but wholly personal picture-taking and moviemaking. (And sound-smithing.) And also: how little is just enough? In terms of incident rather than lulling atmospherics, in the most modest of intimacies? Yogi replies: Here ya go. 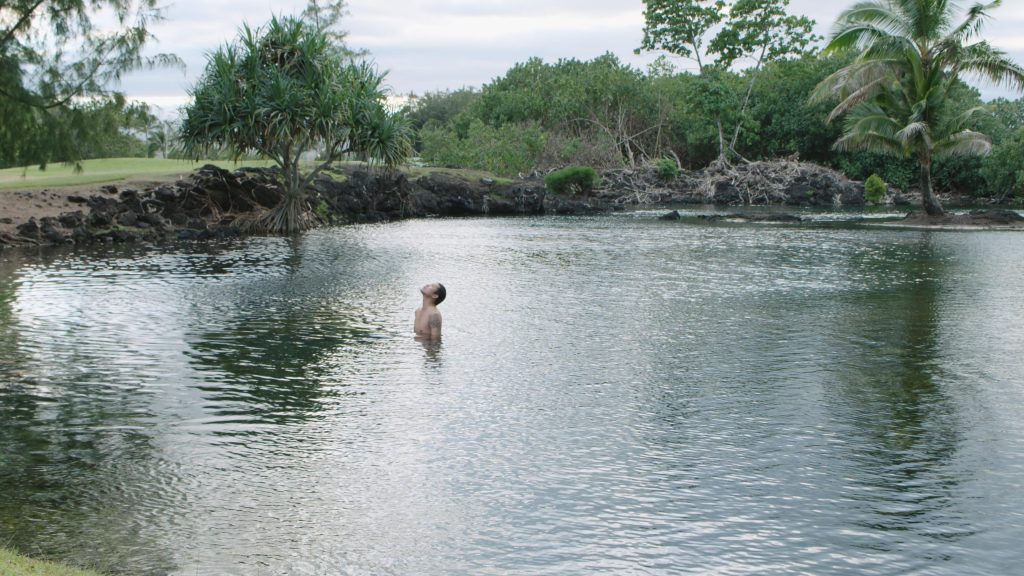 “August at Akiko’s” opens Friday, May 24 at Facets.