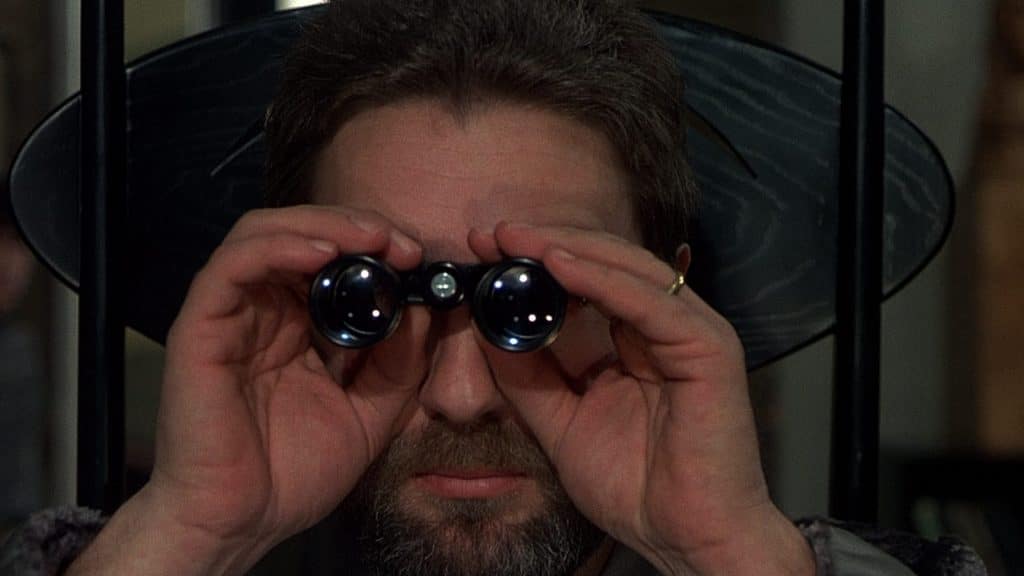 Pier Paolo Pasolini’s “Salò, or, The 120 Days of Sodom” is stately horror, brute and luxe.

There’s a legend of the movie’s Chicago debut, at the 3 Penny Cinema (now Lincoln Hall), when the theater’s owner whipped out the shears under dark of night and scissored out every scene he found distasteful, losing a good twenty minutes. The radical director’s film was a radically different thing, a jumpy, sputtery hash. (At the end of the run, the owner pasted the print back together before shipping it back.) Although the film has been on Criterion for years, with serious supplements, surely some of “Salò”’s unsavory reputation comes from reviewers who seethe at surfaces and not the hardly subterranean political text. (It’s more picture-mirror than mere picture in these cases.) 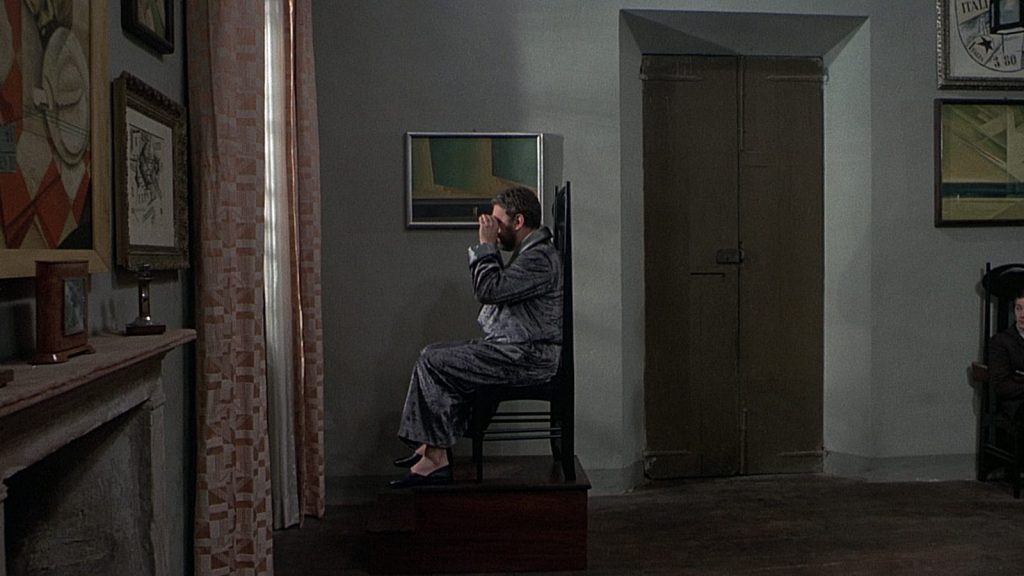 “Leonard Maltin’s Movie & Video Guide” called Pasolini’s final film a “BOMB… Fascists brutalize and degrade adolescents. Sadism, scatology and debauchery galore: Pasolini… wallows in his own sensationalism.” That makes for a particularly nasty critique by the unsigned reviewer, as Pasolini was murdered shortly after, as the story goes, by a young man whom he hoped to pick up, who bashed in his head, stole his convertible and then ran it over Pasolini’s broken body. Novelist Gary Indiana, who wrote an indispensable analysis for the BFI’s Modern Classic series (essentially superb, extended liner notes), dismisses the connection. “The problem is that Pasolini’s murder and this particular film were so readily linked, and eclipsed the rest of Pasolini’s work, in a certain journalistic kind of discussion. ‘Salò’ is a satire of consumer society and perfectly consistent with Pasolini’s other films and his polemical writings. What he saw as an extreme spiritual crisis in modern society demanded this particular form, and these extremely unnerving images.” 117m. (Ray Pride)

(The showing slot, including time between shows, in the June 22, 1979 ad in the Chicago Tribune are listed as 110 minutes for the 117-minute film. Courtesy Tim O’Neill.) 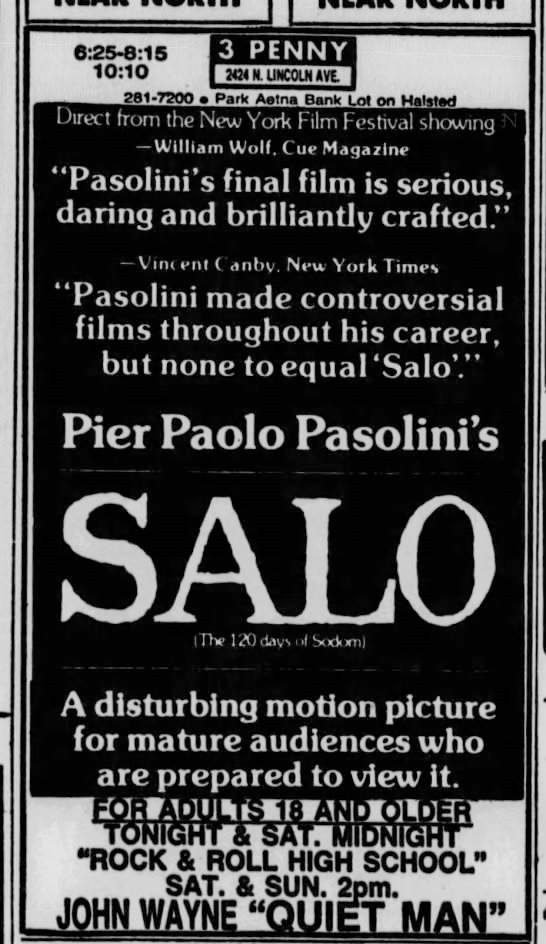