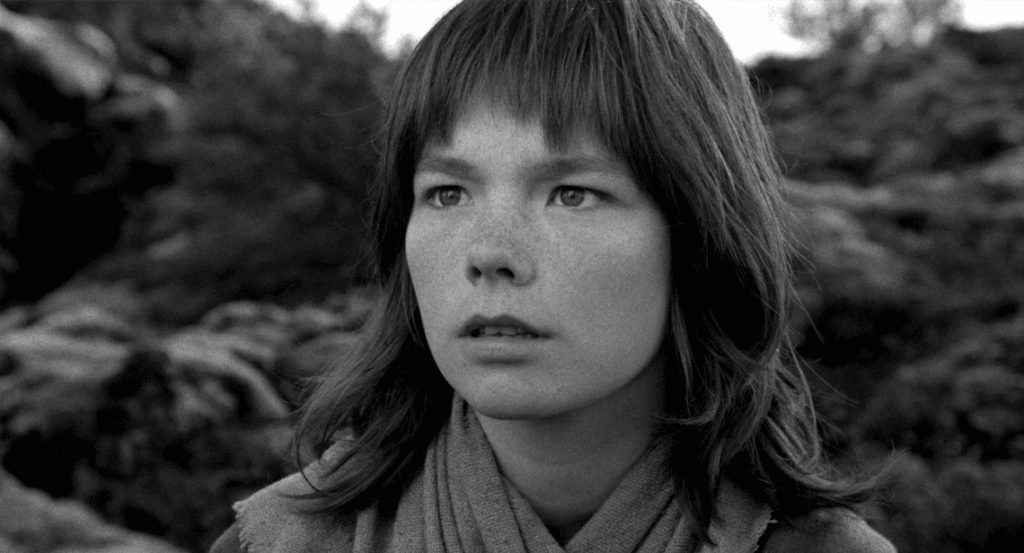 There are many divides between the celluloid and digital eras of feature filmmaking, but the bleak and lovely, even heartbreaking black-and-white medieval fable, based loosely on a Brothers Grimm story and set in Iceland, “The Juniper Tree” materializes as if it were from another solar system (one called the 1991 Sundance Film Festival) only because it was produced on readily restored film. Digital-native projects will not be so lucky in coming months and years and decades. (Restoration is still costly and this 4K restoration, shown here on 35mm, was financed in part by the George Lucas Family Foundation and completed by the Wisconsin Center for Film & Theater Research and The Film Foundation.) Directed by the late Nietzchka Keene, the English-language “The Juniper Tree,” shot in 1986, is notable, yes, for the debut performance of Björk as a young visionary, but also for its rustic beauty, intensity of emotion, and the allegorical weight of the treatment of its women, its family torments, its depiction of sorcery and for its waking dream sequences (provided by experimental filmmaker Pat O’Neill). We are caught as are the characters in a world of fantastical landscapes and indelible settings and obdurate women: it is an icy age.

The weight of the Icelandic landscape startles and captivates as it embraces and punishes its female characters; Björk, twenty-one, is sound and vision, grounded and ethereal at the very beginning, as she is to this day. With Bryndis Petra Bragadottir, Valdimar Örn Flygenring, Geirlaug Sunna Pormar. 78m. (Ray Pride)

“The Juniper Tree” opens Friday, July 12 at the Music Box.