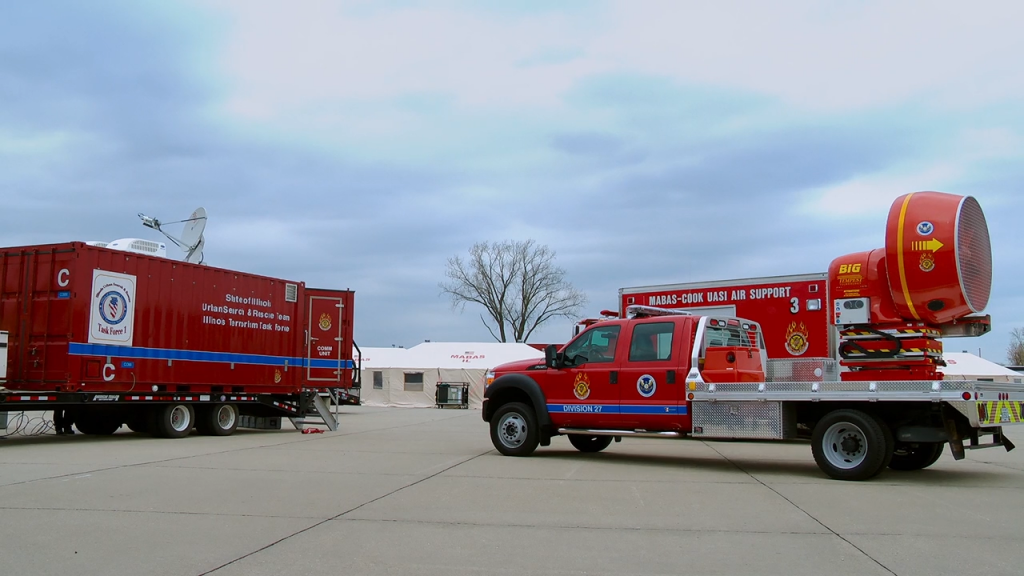 Sitting down to watch “Cooked: Survival by Zip Code” a few days before its Chicago opening and the air temperature outside had, for the first time in July, hit ninety-seven degrees in mid-afternoon and the air was dead, my office fierce and forbidding. I hoped then to watch in a nearby café with barely functioning air conditioning the depiction of the astonishing history of the July 1995 Chicago heat wave that killed 739 people, largely in the poorest neighborhoods, mostly black. The irony was as stifling as the air inside and out (which is likely to stay in the nineties and mid-nineties through the Siskel run of “Cooked.”) This is also a week of the ongoing record-breaking temperatures in Europe and the rising waters in New Orleans, among all the planet’s other jostling anomalies.

Judith Helfand’s nonfiction adaption of Eric Klinenberg’s “Heat Wave: A Social Autopsy of Disaster in Chicago” is descriptive, but prescriptive, too. Helfand describes how perspective has shifted in the twenty-four years since and the years the documentary has been in production. It’s not just climate change and patterns of vast weather distortion, it’s our perception of system failures that only begin at structural racism. As Helfand asks, “What if with a slight torque of the system and a reframe of the terms ‘disaster,’ ‘preparedness’ and ‘resilience,’ we could invest in the most vulnerable communities now—instead of waiting for the next ‘natural disaster’?” Urgent questions, asked crisply and well. 82m. (Ray Pride)

“Cooked” opens Friday, July 12. Helfand and other figures will discuss the vast range of issues at screenings during the two-week engagement. The schedule of discussions is here.