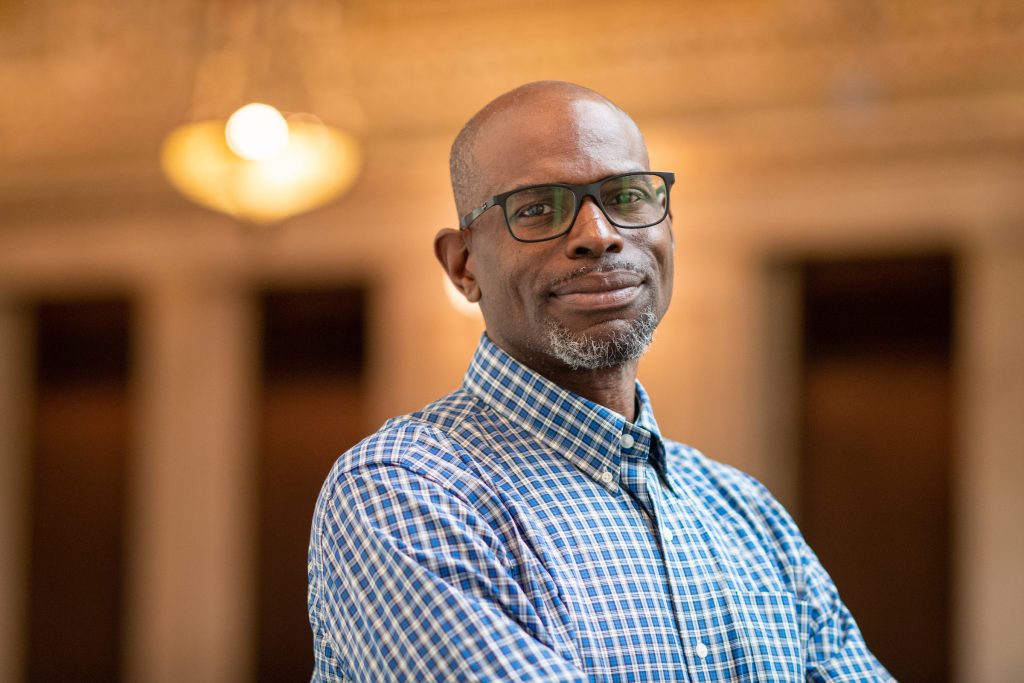 The Department of Cultural Affairs and Special Events (DCASE) announced Kwame Amoaku, a twenty-five-year film production veteran, as the new director of the Chicago Film Office.

Replacing Rich Moskal, who had run the office for twenty-two years, since the early days of the Richard M. Daley mayoralty and who retired last November, Amoaku is an experienced film industry executive and, as DCASE notes, the first African American to hold this position, “which reflects the growing diversity of the local industry.”

“Chicago’s film industry is thriving and shows no signs of slowing down as we continue to welcome more television and movie projects to our iconic city neighborhoods every year,” DCASE Commissioner Mark Kelly says in a release. “Kwame Amoaku is a highly respected member of our own film community who has proven he is ready to advance the production of film and media in Chicago, creating jobs for our communities and spurring new economic activity for all of Chicago.”

Amoaku has experience as an executive producer, director, assistant director, production manager and was location manager for the NBC series “Chicago Fire,” since 2014, as well as for the Netflix 2019 Chicago hip-hop feature, “Beats.” Educated at Southern Illinois University, Amoaku’s acting credits include “Chicago Fire” and “Prison Break.”

“The entire city is a show-stopping stage for amazing productions in TV and movies,” Amoaku says in a release. “I’m honored to join Chicago in this pivotal role to showcase the talent, creativity and beauty found here.”

The Illinois Film Office awards a thirty-percent tax credit for film, television and advertising productions for qualified outlays for local crew, goods and services. Projects in 2018 employed 13,848 non-extra job hires and generated more than $282 million in wages, DCASE reports, and women and minority hires made up forty-six percent of reported crew employees. In 2018, 520 film and media projects were located in Chicago, resulting in an estimated all-time-high $474 million of impact to the local economy.

The Chicago Film Office, as part of DCASE, leads Chicago’s push to attract and support the production of feature films, series, commercials, documentaries and other forms of screen content. (Ray Pride)