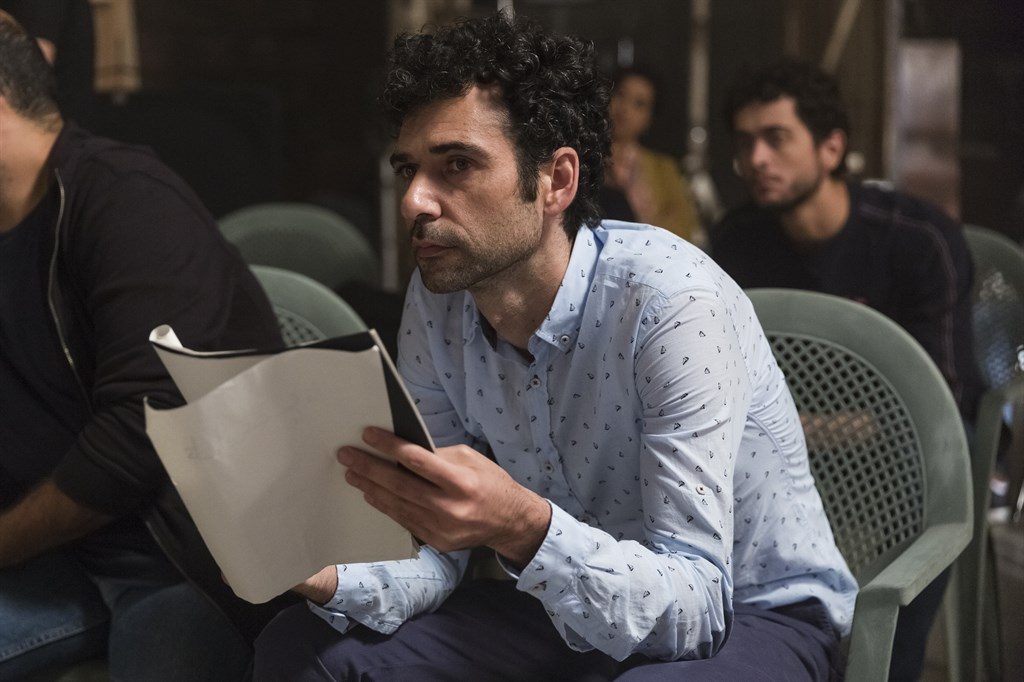 While governmental film agencies and neighboring countries are necessary to create and sustain national cinemas, smaller countries have, for decades, exported movies that matter. Three countries with definable film culture: Greece (10.7 million), Iceland (340,000) and Israel (8.7 million). Contemporary Israeli cinema, frank, blunt, confrontational with estimable craft, draws on a tradition of quality local television production, and the dark, forthright comedy of Palestinian director-co-writer Sameh Zoabi’s “Tel Aviv on Fire,” foregrounds that industry on a big-screen canvas. (It’s also a co-production of Luxembourg, France, Israel and Belgium.) Salam (Kais Nashif), a young Palestinian with experience as a writer of an Arabic-language soap opera in Ramallah gets a gig as writer on a popular Israeli soap with the sponsorship of an Israeli soldier he met by a stroke of luck. It’s an auspicious marriage, until the show (like the world of Israelis and Palestinians) is threatened by an elemental clash between the soldier, Salam and the show’s backers. The visual style is as bold as the conflicts caught up in the comedy: the high, bright stylization of the imaginary world of television shows and the dimmer, drabber world outside. There are philosophical and political depths beyond the reach of “Tel Aviv on Fire,” but a command of small, farcical details and several larger satirical complications are properly pointed, and gratifying fun. With Lubna Azabal, Yaniv Biton, Nadim Sawalha. 97m. (Ray Pride)