That is the inscription (in kanji) on the tombstone of Japanese film great Yasujiro Ozu, painted for him by a Chinese monk. My view from across three-flats and leafy trees from one of my first Chicago apartments burned with the same thought, in the Roman alphabet, the tip-top tip of the neon blade of the Music Box Theatre in silent pink-to-red sizzle.

“A fundamental concept in Japanese aesthetics indicating the positivity of empty space,” Linda Ehrlich and David Desser offer as definition in their “Cinematic Landscapes.” I like that: the description evokes the endless possibilities for light playing over an always-thirsty surface. Nothingness into everything: cinema.

The studio apartment was filled with books (no shelves), a half-functioning Murphy bed and a place of pride for an original one-sheet for John Boorman’s 1967 pop-kapow “Point Blank.” The Music Box was just a few years past a patch of darkness, showing daily double features as a repertory theater (or “calendar house”), a pre-Blockbuster citadel for cinematic autodidacts. 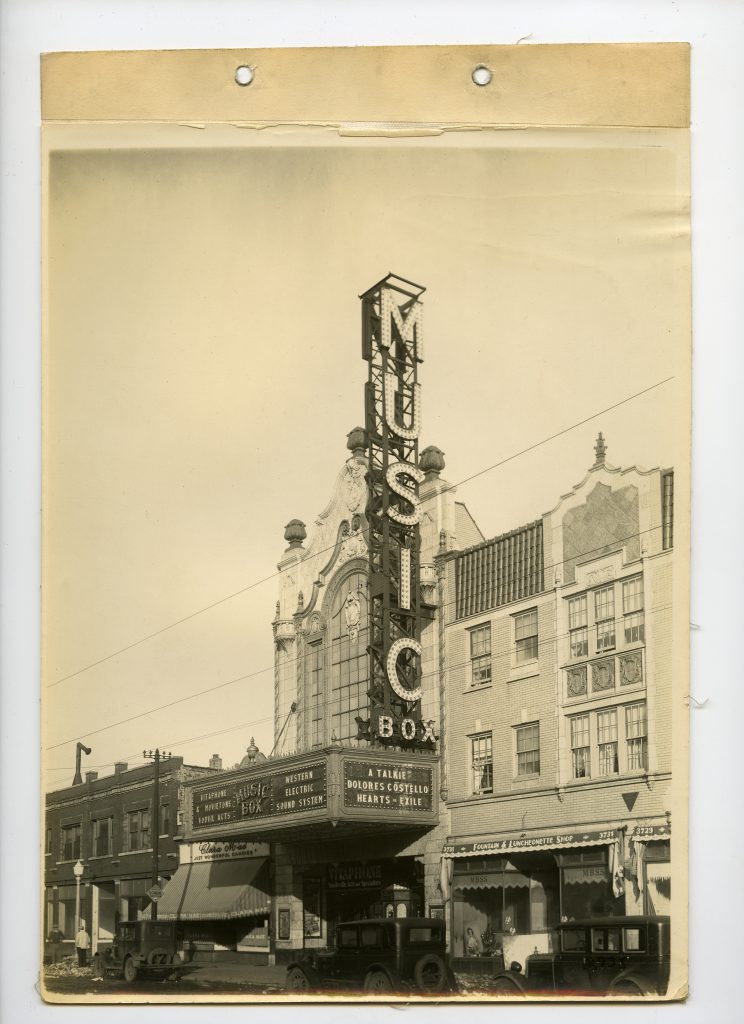 Past dusk, the skies from the bay windows would twinkle with the slow approach of planes on their flight path west to O’Hare and crackle to the east: M. U. Dreams of escape and firefly skies in both directions. On Southport, the Music Box ceiling mimicked the twinkling stars and tufts of clouds scooting above a Mediterranean garden cinema. Audiences of a type huddled close to the light of the screen, faces upturned to larger faces.

“It’s remarkable that a 700-seat neighborhood movie theater still exists, much less thrives, in this day,” Bill Schopf, who has owned the theater since 1986, says upon the ninetieth anniversary of the Music Box. (The marquee on the wired-for-sound barn was lit on August 22, 1929.) Schopf believes the success of the edifice is simple in a time of fragmented consciousness, obliterated attention spans and the bingeing of disposable streaming content: an innovative staff and “programming that appeals to so many different audiences,” movies and moviegoing in eclectic profusion. The attractions during celebration week at the end of August is not much more eclectic than the programming you could get lost within in any given week at the Southport city of industry. The Music Box will include a “9 to 5” marathon with four Dolly Parton features until dawn; a “Mary Poppins” sing-along; a Music Box of Horrors salute with a classic horror film and guests with “a tip of the hockey mask”; an archetypal Music Box double feature chosen by the audience; a surprise 70mm presentation; a double feature of movies from sister company Music Box Films; and Andrew Davis presenting his 1993 Chicago-location epic “The Fugitive.” A raft of memorabilia will be on sale, and reproductions of the newsprint calendars will be “published in their entirety” on the Music Box website.

The visionary filmmaker, she’s everywhere. The visionary distributor? The visionary exhibitor? Few; far between. Locally, DOC Films, the Block, Facets, Siskel and urgent eager microcinemas also swim against the perceived tide of the dearth, if not death, of competent filmmaking as contemporary commonplace, let alone the richly dreamt and wrought distillation of the observed world that made the form so fixating from its earliest permutations.

The pace of journalism doubting the survival of “the movies” has accelerated in 2019. The center of summer burned with the flames of pessimism, at least in the air-conditioning business known as the movie multiplex. In mid-July, upon the release of his latest book, on the movies of the 1980s, J. Hoberman said in a Rolling Stone interview that the movies of the Reagan decade “certainly foreclosed the possibility of Hollywood movies having an ambiguous or unhappy ending. That’s disappeared from screens today… It’s where the endless-sequels concept really takes hold, and where the notion of going after the same prefabricated experience at the movies becomes a business strategy. Convergence culture becomes solidified.”

“There is clearly something about cinema that brings out the doomsday rhetoric,” ace film critic-turned director of programming at Film at Lincoln Center Dennis Lim wrote in June about the troubles faced by the big studios and the multiplexes with their reliance on a succession of sequels and what was once commercially fireproof product. Prompted by a New York Times laundry list of quotes from members of the industry, Lim sounded a voice of reason: “The takeaway from the New York Times piece is not that movies are dying, it’s that Hollywood is in trouble… The people who make the most noise about the death of the movies are usually the ones with the most to lose… This alarmist position—which is by now also conventional wisdom—bespeaks a lack of imagination and curiosity. When people say the movies are dying, it’s often because they aren’t paying close enough attention.”

Eye-opening movies are all around us. “If Hollywood is struggling, maybe it is time to reframe this tired discourse and remind us that cinema is about a lot more than Oscar movies and summer tentpoles,” Lim continued. “I watch hundreds of new films from around the world every year, and I find it hard to be pessimistic about cinema as an art. Maybe a more relevant and less cynical question to ask is how an art form might sustain itself or even thrive while the business around it flounders.”

A long-gone section of slimmed-to-sheets newspapers is the movie clock, a page or two or sometimes even three were filled with ads for Friday releases and neighborhood theaters and art houses, the bulk of them only an inch or two square. When there weren’t enough ads to fill the grid, stock phrases were popped in to finish the empty space.

“Take your best girl to dinner and a show.”

And the evergreen “MOVIES ARE BETTER THAN EVER.” 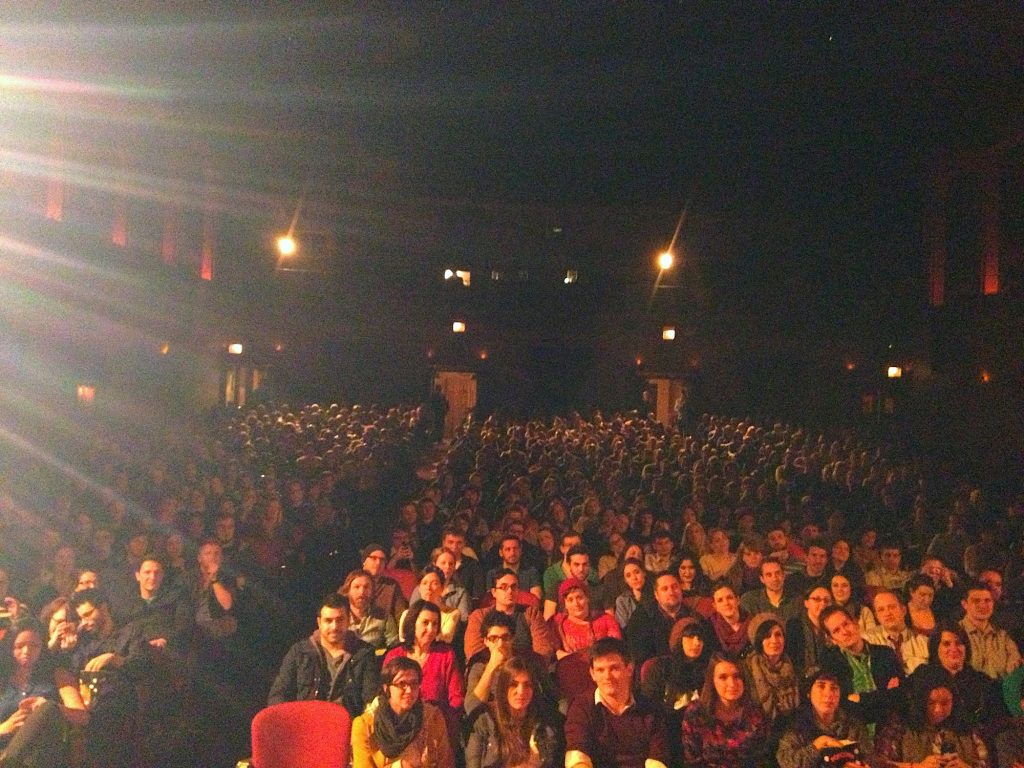 For information on all of Music Box Theatre’s ninetieth-anniversary events, go to musicboxtheatre.com.