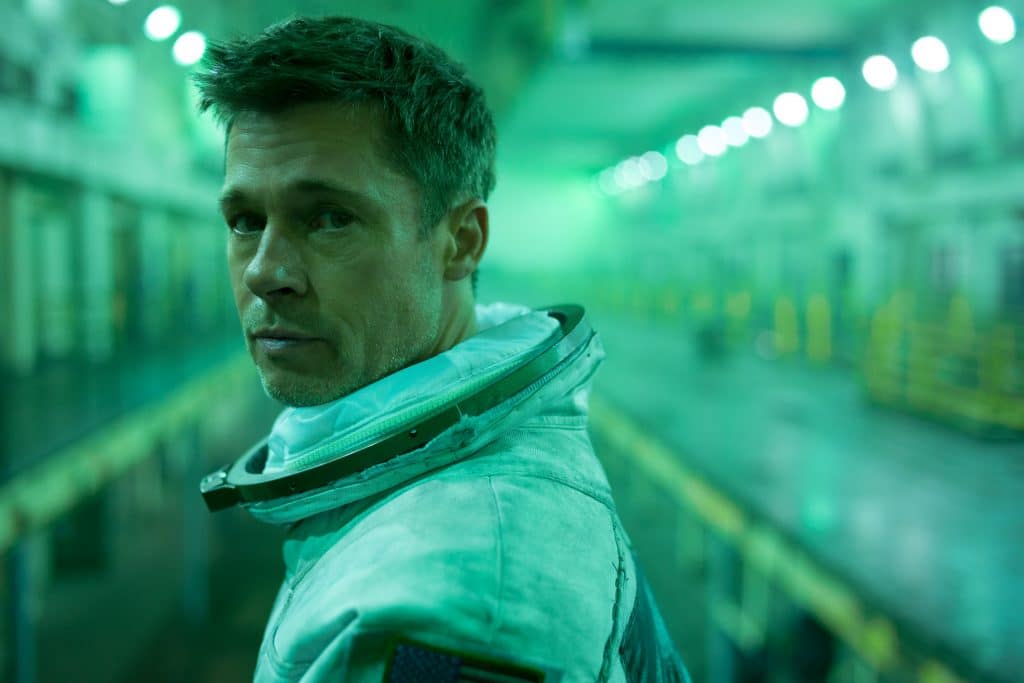 “Ad Astra”
The headline for “Ad Astra” when it was planned for a spring release was that ruminative director James Gray had made a big-budget foray into science fiction with stars Brad Pitt and Tommy Lee Jones for Twentieth-Century Fox. This fall, “Ad Astra” is one of the few remaining movies from Fox, along with James Mangold’s “Ford v Ferrari” and Steven Spielberg’s 2020 remake of “West Side Story.” (Fox Searchlight is still in the game, for now.) Disney wrote off millions of dollars of projects in development after the branded conglomerate’s $71.3 billion engulf-and-devour of the storied eighty-four-year-old studio. Future Fox-branded films and streaming series will either be Marvel-mutant move-overs or wan adaptations for the Disney+ streaming offering of product from the Fox library, like “Home Alone.” For this fading of the fanfare, Pitt traverses the universe and find his long-missing father, a scientist who endangers all of humanity.
September 27


Reeling
The second-oldest LGBTQ+ film festival in the world, a Chicago cultural institution in its thirty-seven years, continues to explore diversity in representation even as representation expands within the larger world of movies and media. Thirty-five features and thirteen shorts programs are on tap, and a fresh emphasis on homegrown and locally connected work includes a focus on Chicago-produced queer web series.
September 19-29

Chicago International Film Festival
Beyond ruinous corporate consolidation, what other ways is the film industry changing, here and abroad? The fifty-fifth edition of the Chicago International Film Festival will offer its own insights, with programming from around the world, highlighting the character of what’s available to light up the screens of today and tomorrow, with diverse programming, including discerning programming of documentary and presentations and panels about the evolution of the industry entire.
October 16-27