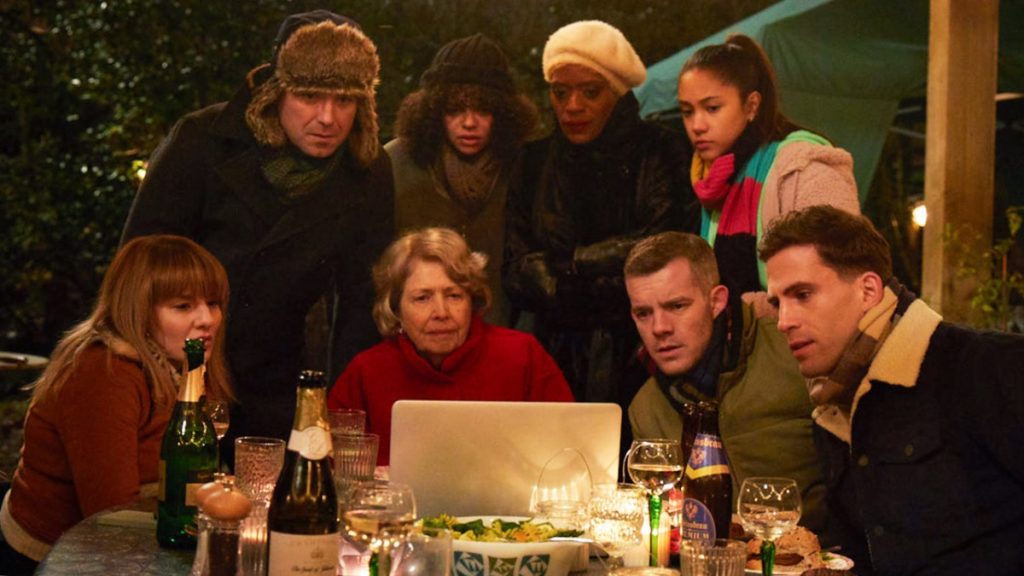 How do artists make sense in a fumbling, crumbling world, when misprisions and follies, crimes and brute hate savage the day?

The hope of capturing historical present tense is like expecting to perform a delicate operation on a runaway train. Feature films take months, usually at least a couple of years, to make it into production, distribution and then (the men and women of money and art dearly hope) public consciousness. The movie or series that lands square in the zeitgeist seems prophetic, yet it is haphazard, simple chance: good or great work with something to say, usually allegorical, dropped into the collective lap. Two bold cases from 1979: the nuclear mishap at Three Mile Island occurred twelve days before the release of the cautionary “China Syndrome” (from a story that co-writer Mike Gray had nurtured for a long time). George A. Romero’s “Dawn of the Dead,” released less than two months later, has a direct reference to the Three Mile Island plant. (There’s a fine rationale the Coen brothers have for confecting only period pieces or “near-period pieces.”)

The movies have savored extinction, eradication and annihilation for years, accelerating after 9/11, with unspecified menace everywhere, set to ash the skies with snowflakes of death. Genre pictures love nothing more than a brooding calamity. The end of civilization, or even the planet itself, has been a sizzling, seething, sorrowful constant across features and series even before our latest apocalypses, major and minor, began to pile up like dead marine animals on our Pacific shores.

Young-adult fiction has been hot at the forge for decades. Skipping past the “Hunger Games” as a series, as well as its less-successful kid-dystopia counterparts, just think of the first “Hunger Games,” directed by Gary Ross: directly injected into the consciousness of $694 million worth of moviegoers worldwide, through canny genre armature, the message, the blunt narrative, of generations of youth as chattel, denied a future, forced to bow to an unanswerable white-haired class, led by and lied to by President Coriolanus Snow. The shows the kids know are the shows that know that the kids know something is very much amiss and awry. 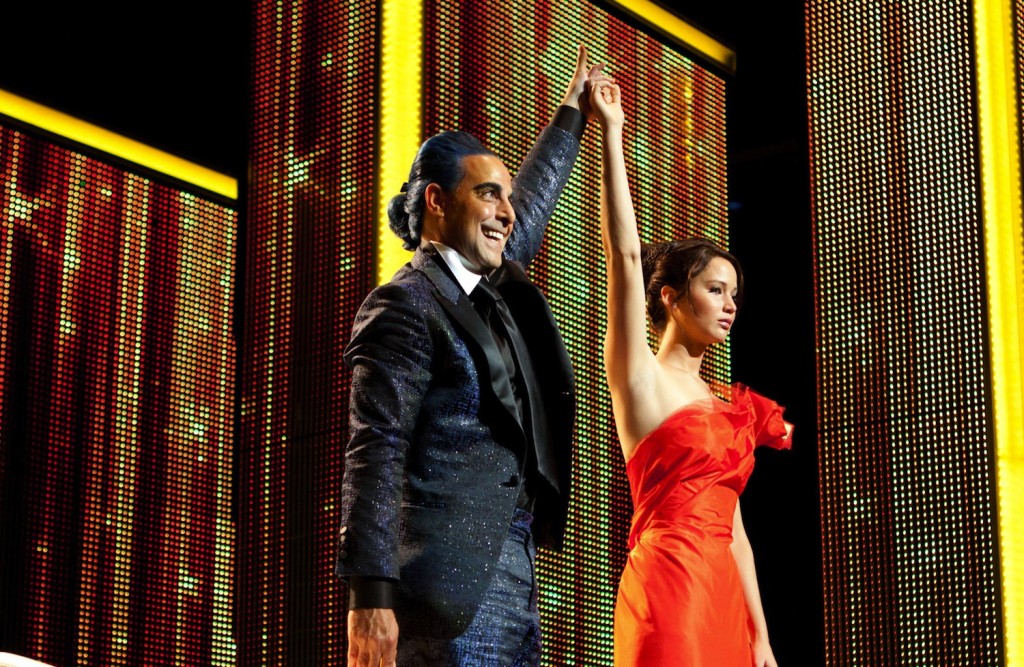 A week after September 11, 2001, Graydon Carter, then editor of Vanity Fair, plumply declared, “I think it’s the end of the age of irony.” But today? Irony is banging a tin pan from six feet under and just won’t stop. And naysayers are going to have their nay: why are you even making art? (Such as Universal and Blumhouse’s unseen but Trump-canceled satire “The Hunt,” which was due at the end of September.)

“How can you talk about musicals at a time like this?” Preston Sturges’ film director character rants in “Sullivan’s Travels” in 1941. “With the world committing suicide, with corpses piling up in the street, with grim death gargling at you from every corner, with people slaughtered like sheep!”

And before filmmakers set to work, to take a breath, what about the everyday horrors that lodge in the brain of the man- or woman-in-the-street? Even in the doggiest of dog days in mid-August, the shards and screams, arriving in multimedia blurts and burps as a weave of catastrophe and chaos: Stolen children in cages. Clockwork gun massacres. Presidential thumbs-up photo ops with a newly made orphan. Legislative scenarios taking “The Handmaid’s Tale” as a handbook instead of a cautionary tale. A leader’s battle against language, the spoken and the thumbed, letters in profusion spelling out confusion and danger and rage. The death of Jeffrey Epstein in his cell by the most extraordinary of unlikely misadventure. Ninety degrees in Anchorage, 120 in Baghdad. Species obliteration. Sea-ice dissolution. Tundra, revealed, ablaze. Litanies that sound less mad than language virus hijacking the everyday thoughts of those who cannot look away. 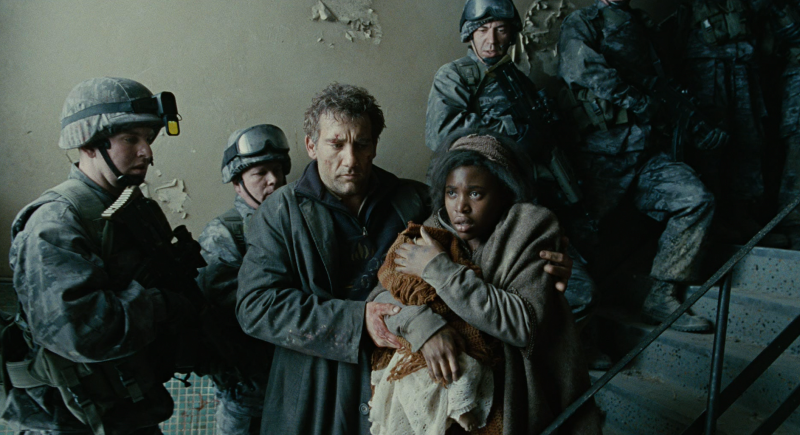 “The unmentionable odour of death / Offends the September night,” W. H. Auden wrote in “September 1, 1939.” How do consumers of culture, let alone artists, speak aloud in day after fraught day without descending into gibbering glossolalia? I had been steeping in Alfonso Cuarón’s “Children of Men” for a few weeks, particularly the writer-director’s conversations about how that foul future, mirroring the latter-day world immigration crisis, was conceived and constructed, when a six-episode BBC-HBO family drama from writer Russell T. Davies (“A Very English Scandal,” “Doctor Who”) the pre- and post-apocalyptic “Years and Years” announced itself with a short, sharp “ahem.” It’s a coup of exploiting genre to explore the fallen world.

“Davies is in a full sprint to exponentially unleash a bevy of ideas about what happens from this very moment to many years in the future as one horrible domino topples into another—and splits off into fifteen different lines of horrifying dominos clicking and falling,” Tim Goodman wrote in The Hollywood Reporter, coincidentally evoking the result of opening one’s phone first thing of a morning. “As a viewer you are constantly on your heels. It’s not one bad vision of an all-too-possible future; it’s a multitude of them. To make it through each episode does feel, in some ways, like survival. Unless you’re a Trump lover, this is a nightmare what-if documentary of the near future.” “Years and Years” is very much a ‘’fear the living, envy the dead” bill of fare.

There’s a scene at the end of the first episode that is skin-tingling, hair-raising, and cathartic while also soul-sucking. Signs and auguries are everywhere: the episode, filled with asides about bad things to come, debuting shortly before the investiture of Boris Johnson as British prime minister, ends on a family gathering, rich with conflicts, sweet soap opera and smart gab, until the extended family around the table in the backyard gets a video message from a relative, video calling from a conflict on an island near China contested by the United States. Sirens sound on both sides of the call: four days before the end of his term, Donald Trump has launched nuclear missiles and their world will never be the same.

Sweet clarity! The series jumps forward five years as the authoritarian politician played by Emma Thompson consolidates her tyranny on what is left of the land Orwell dubbed “Airstrip One” in “1984.” (There are also spirited soliloquies that would have Paddy Chayefsky eating cigarettes.) Davies ends his despairing series with relatively hopeful notes, but his syncretic weave of an ambient blanket of present-tense terrors is fierce, frightful and compelling. The most piercing nightmares are the waking ones, the familiar ones we have learned to engage and then, with earnest hope, disengage. There are tonal infelicities, but the serious, sorrowful wash of “Years and Years” is on par with Cuarón’s 2006 Christmas Day release. Stories sometimes arrive before their time, and others land when we least expect them. This storytelling thing? It might just have a future.

“Years and Years” is playing on HBO. Madness lies in your Twitter feed.