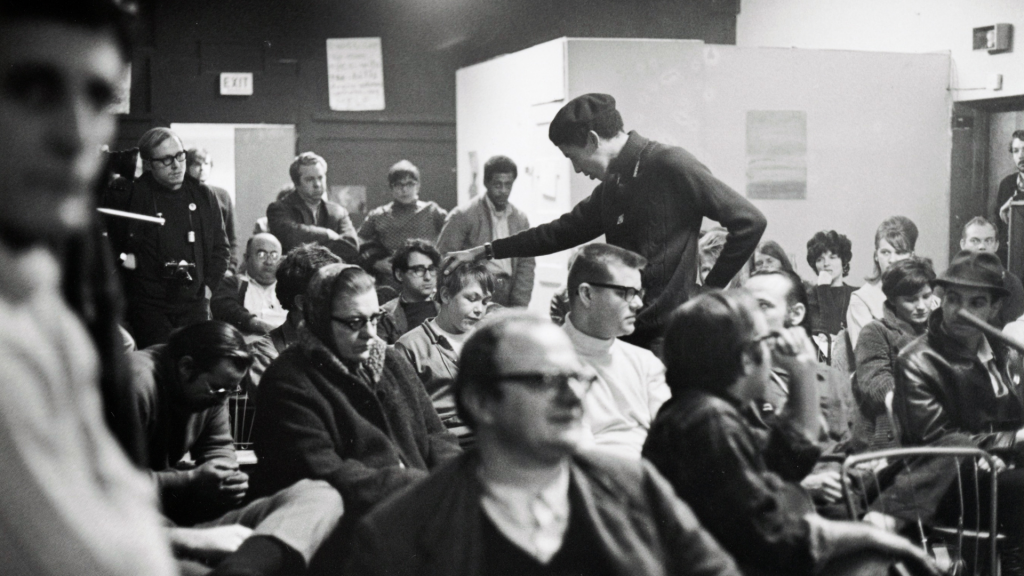 The most basic questions are being asked again and again about the persistence of the feature filmmaking form for the immediate future and years beyond. How will the collective experience of moviegoing, shared by diverse audiences persist and evolve? As the Chicago International Film Festival christens its fifty-fifth excursion in October, we checked in with artistic director Mimi Plauché, managing director Vivian Teng, senior programmer Anthony Kaufman and programmer Sam Flancher.

“On the industry side, it feels that while filmmakers, producers and distributors navigate the shifting landscape, film festivals still play an important role in the life of a film,” Plauché says, in a city with fifty or more fests each year. “Film festivals can be the platform to introduce audiences and distributors to new work and emerging artists, as well as create buzz around upcoming releases. And, in many cases, festivals serve as a theatrical exhibition opportunity for films [that will be released in other formats].”

“The sheer amount and range of quality work that we are able to see and consider is encouraging,” Flancher says. “It’s easier than ever to make a film and submit it to festivals, and that democratization of the art certainly improves our program. This year’s shorts program includes many alumni as well as award-winning shorts filmmakers returning with a feature in the Documentary Competition. It’s exciting to see evolution take place within a filmmakers’ body of work, and we cherish our ability to share that with audiences. I was an intern during the fiftieth festival five years ago, a whirlwind time to get involved. This is my fourth year overseeing the short film program, and I think I’ve done well to identify new filmmaking talents and build relationships with shorts filmmakers from Chicago and all over the world. As the decade turns over, I’m excited to see where these filmmakers go next, and to continue to find new voices worth showcasing and supporting.”

“While the core of our programming—our dedication to great cinema and the discovery of new talents—remains intact,” Plauché says of the legacy of founder Michael Kutza, as programming expands to include an “Expanded Visions” program, which “pushes pre-defined creative boundaries. Craftspersons working behind the camera will be highlighted, and ‘Architecture x Cinema’ will bring a quartet of production veterans to talk about their creative processes and world-building in cinema,” alongside master classes in the Industry Days section that include distribution visionary Bob Berney, screenwriter Steven Conrad and Oscar-winning production designers Hannah Beachler (“Black Panther”) and Adam Stockhausen (“The Grand Budapest Hotel”).

“Strengthening our collaborations with, and connections to the arts and film community is important to build audiences and increase the impact of our programming,” Plauché says, citing partnerships with the MCA and Center on Halsted. Expanding Industry Days to address the Midwest filmmaking community is another initiative. Teng hopes to raise the profile of the Festival to maximize the impact of the work. A rebranding and marketing campaign by Ogilvy and “refocused” public relations are key to the plan. “We believe in the power of film to educate, entertain and inspire. Our programming, which is defined by excellence and inclusiveness, brings people of all ages from across all communities together.” Plauché notes that the 2018 audience between the ages of eighteen to twenty-five increased to thirty percent of the total audience, which is more than double the 2017 percentage.

“Five years ago, it was our fiftieth anniversary and we were celebrating our history and what our organization has contributed to Chicago,” Teng says. “In five years time, we’ll celebrate our sixtieth anniversary. At this midway point, we are focused on looking to the future, redefining and reimagining who we are as an organization and the role we play within the film community, with filmmakers and audiences alike.”

“My role shifted gradually over the past five years,” Plauché says. “In 2017, I was named artistic director of the Festival, as I was entrusted with overseeing all programming and program development. I have really shaped my team, with the important additions of Sam Flancher, Anthony Kaufman and Alissa Simon to the programming staff. With our collective experience, expertise and passion for cinema, we have been able to strengthen and expand the scope of the Festival. Also, it had been a goal to build a bridge with the Chicago filmmaking community. With Industry Days, now in its fifth year, we have made great strides in connecting the work of the festival with the local industry. Vivian and I continue to build strategic partnerships with organizations, businesses and within the industry while we enhance existing relationships with arts and community partners. The next five years will be about accelerating the growth of Industry Days and our strategic and community partnerships while we, of course, stay true to our mission of discovering and supporting new talent and celebrate great cinema.”

“Because films are begun sometimes years in advance of when they are completed,” Anthony Kaufman says, “you’d think they might be out of touch with the current moment. But what I love in this year’s documentaries is that, through filmmaker foresight or just wild coincidence, they feel incredibly topical and resonant.” Kaufman cites “Love Child,” “a heartbreaking, years-in-the-making story of an unconventional Iranian family seeking asylum; ‘The Kingmaker’, an unsettling portrait of the autocratic political dynasty of Imelda Marcos; and ‘The First Rainbow Coalition,’ a look back at the confluence of Chicago political activists from different ethnic groups in the late 1960s. These are films that encapsulate where we are in the world right now and should incite discussion about what we should do about it.”