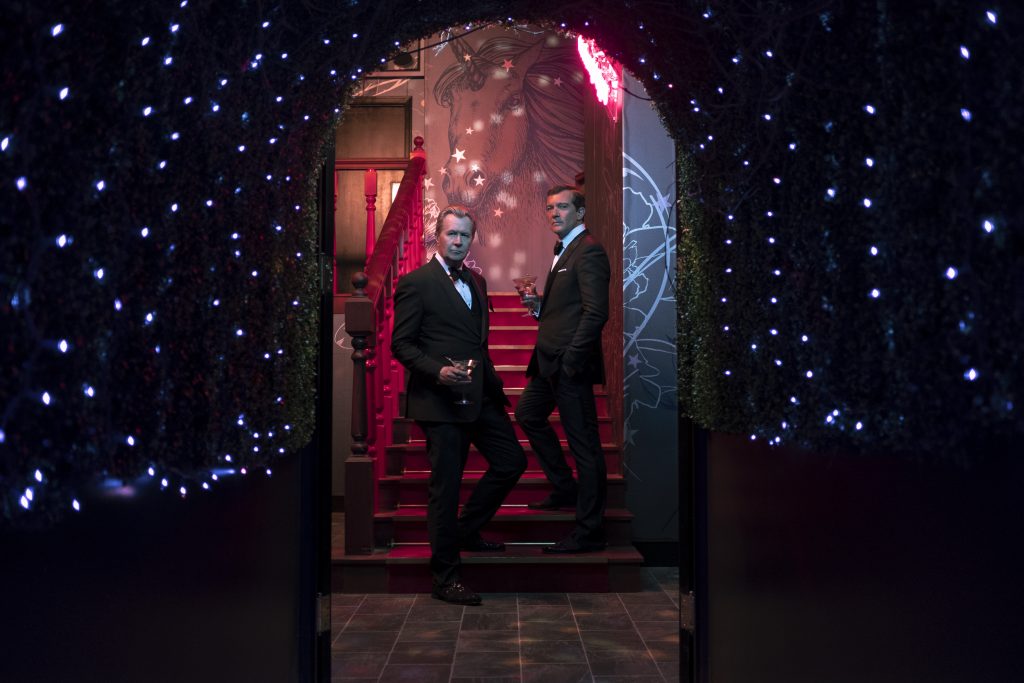 Journeyman crackpot genius Steven Soderbergh has done a brute and fanciful thing with “The Laundromat,” a political provocation not so much torn from the headlines of top-shelf newspapers but ripped from the pages of activist theater and in-your-face agit-prop. A comic essay film pricking at the intricacies of the alleged crimes of finance found in the records of Mossack Fonseca & Co., a Panama City law office that was at one time the fourth-largest handler of money for the very well-off, “The Laundromat” is like the Financial Times done up as a British stage panto.

While revisiting the freewheeling 1960s pageantry of insolent tonal shifts and tossed-off derision, in line with early work by Brian De Palma (“Greetings,” “Hi, Mom!”) and Richard Lester (“A Hard Day’s Night”), Soderbergh takes a tack akin to “The Big Short” (but also his own “Schizopolis” in its fractures and restlessness) and goes on a goonish tear through the revelations of the 2016 leak of the Panama Papers. The cast is eclectic and game and the approach is sparking, pinwheeling, deliciously scattershot. (The screenplay, adapted from “Secrecy World” by investigative reporter Jake Bernstein, is by Scott Z. Burns, who also wrote the kindred but more tightly sprung “The Informant!” for Soderbergh.)

Gary Oldman (with a tinge of Werner Herzog) and Antonio Banderas (romping through a ridiculous Antonio Banderas accent) play Jürgen Mossack and Ramón Fonseca, our address-to-camera guides into the intricacies of modern-day money, offshore accounts, shell companies, “the idea of money, the necessity of money,” where “credit is just the future tense of the language of money.” The story turns to the investigation of a bum insurance policy by one Ellen Martin (Meryl Streep), whose stories of loss (and a memorable first date) combine dither and focus with ready aplomb as the unlikely investigator peels away layer after layer. The secondary cast is teeming and takes big bites even in tiniest turns: Jeffrey Wright, Jeff Michalski, Jane Morris, Robert Patrick, David Schwimmer, Larry Clarke, Will Forte, Nonso Anozie, Larry Wilmore, Jessica Allain, Nikki Amuka-Bird, Matthias Schoenaerts, Rosalind Chao, Kunjue Li, Ming Lo, James Cromwell and Sharon Stone.

There aren’t four walls to break, there are many more, particularly at the end, as Meryl Streep arrives at her third on-screen role. The last six minutes are equal parts meta and martyr, and the image that Soderbergh arrives at is both daffy and indelible: Meryl Streep stands tall, as tall as she can, and elongates her arm to assume the posture of one of America’s most indelible icons, 305 feet tall. She is in stocking feet against a deconstructed set, a green screen, really, and the call to action is po-faced agit-pop rightness. Soderbergh will keep making movies like these and they are good, despite the kind of critical notice that movies that speak aloud of systems of power inevitably receive. A movie like “The Laundromat” is not the diligent filmmaker cleaning out the pipes, it’s a matter of letting inspiration rush in and overturn expectations. 96m. (Ray Pride)

“The Laundromat” is on Netflix.