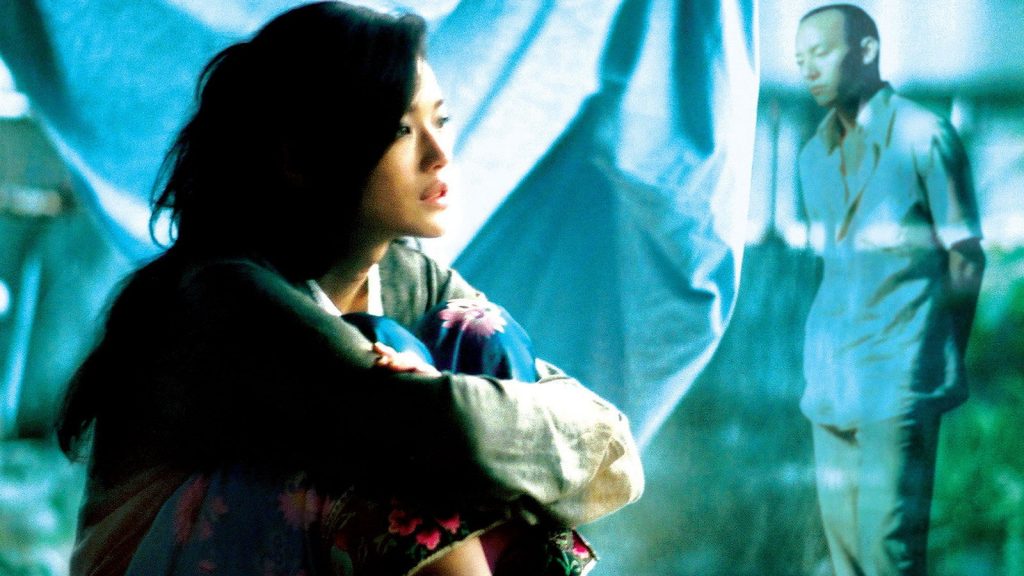 [The print of “Three Times” was discovered on November 15 to be too damaged to show; Hou’s “Daughter Of The Nile” will be shown in its place.]

Taiwanese master Hou Hsiao-hsien’s “Three Times” (2005) works wistful magic in three stories played by the same pair of actors (Shu Qi, Chang Chen). The segments are set in a pool hall in 1966, a 1911 brothel and present day Taipei. Hou’s customary camera placement of a simple yet rarified delicacy is elemental beauty and elegance. Mark Lee Ping-Bin’s cinematography informs a rubicund, voluptuous, near-decadent eye for color and geometric contrasts constructed of waking dreams of gesture and moment. Hou’s work, in all its languor and pensiveness, tells stories and variations on stories with the simplest, most cinematic of means. His ear for pop, including a song called “Rain and Tears,” has few rivals. Hou allows his actors a stoic distance but worships his actresses, catching, for instance, Shu, who is a beautiful former model but can appear almost weirdly ugly, at offhand moments when her features crinkle or frown or giddy-grin. Luscious, fragrant, and haunting, “Three Times” is a formidable portrait of love from inside and out, of rain, of tears, of fears, of fondness, and a 35mm revival is essential viewing. (Ray Pride)