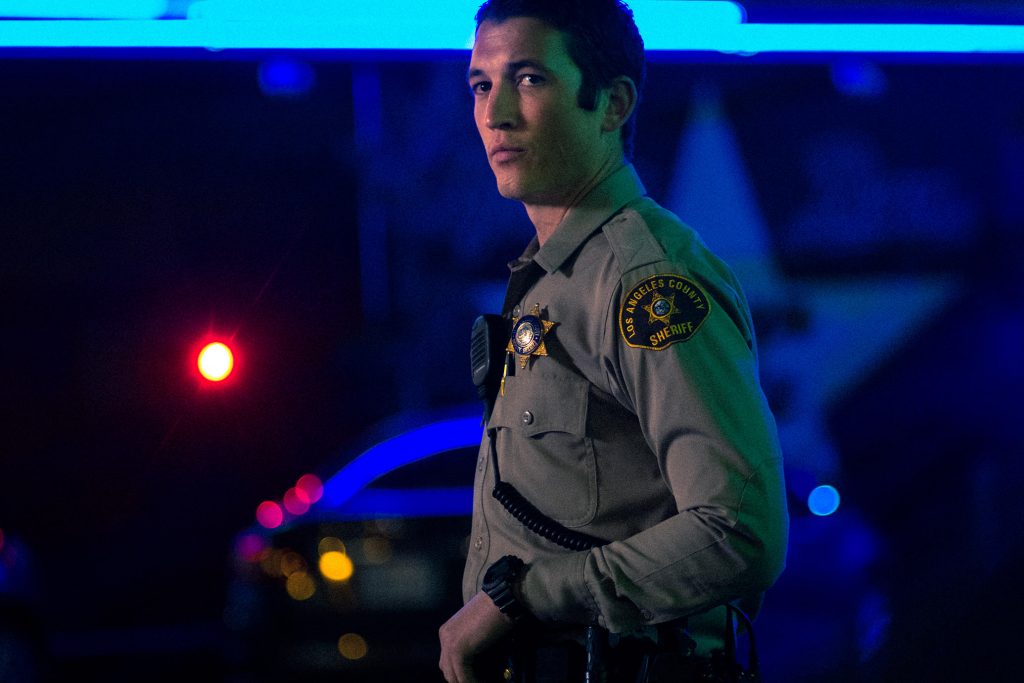 Danish director Nicolas Refn’s face, or modeling of it, recurs in promotional material and extracts and from scenes on the promotional trail for the recent release of “Death Stranding,” Hideo Kojima’s years-in-the-making post-apocalyptic postman video game, as does Guillermo Del Toro, another director friend of the game author.

I’m curious to see gameplay of this dark epic, but I doubt I’ll have the time or space. But I’ve absorbed a different extended work, a film-series-bloodied high-art epic since it dropped, near soundlessly, into the culture in June, Refn’s series “Too Old To Die Young.” 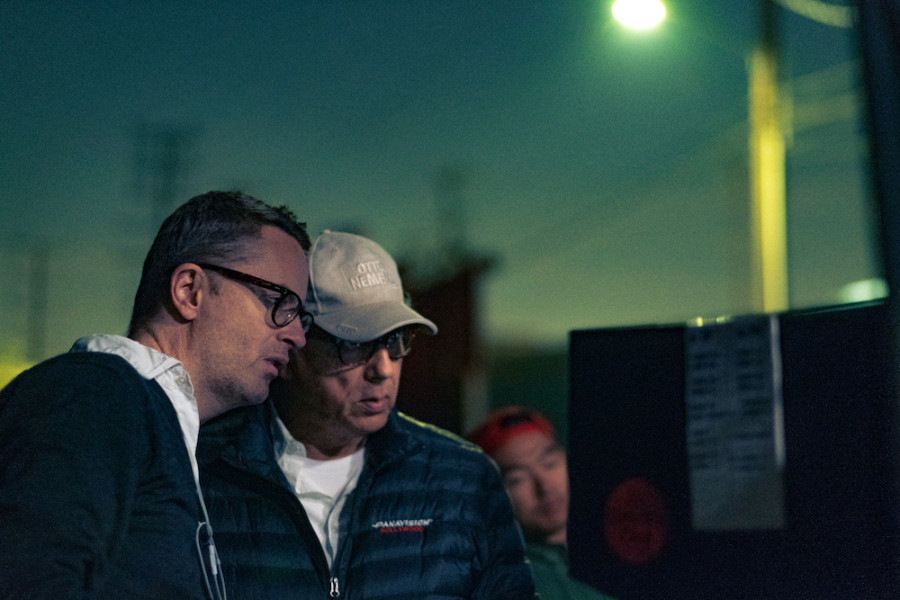 I watched the episodes through in a gulp or two. Elongated moments tip into elevated delirium: there’s immaculate visual hush while moral pandemonium seeps or erupts all around the dulled features of the not-quite-a-hero, Los Angeles County Sheriff’s Deputy Martin Jones, played by Miles Teller as a slab of taciturnity. A single event propels Jones into a sordid L.A. nightworld populated by stoic women, cartel foot soldiers, vigilantes and yakuza assassins. As a straightforward narrative, “Too Old” is nearly self-satire. But it’s also something else. Reviews were largely harsh.

Since summer, when writing at home, instead of in a café or office, I’ve frequently put on the ten-part, thirteen-hour series, created and written by Refn and Ed Brubaker. I have the soundtrack, but the score is not the same as the breath and breadth of Refn’s cocky canvas, scored by Cliff Martinez (“The Limey,” “Traffic,” “Drive,” “Only God Forgives,” “Neon Demon”). Forget the elevated pulp archetypes clanging: I let sound and music and sound design wash over me while working, occasionally consulting the images, which were shot by the great Darius Khondji (“City of Lost Children,” “Seven,” “Stealing Beauty,” “Amour,” “The Immigrant,” “Okja”), with additional cinematography by Diego Garcia and Chung-hoon Chung (“It,” “The Handmaiden”). (The colorist, Ian Vertovec, is also key to the hot-cold neon-shadow alternation.) I put the series on shuffle, paying little mind to the thin, often brutal narrative thread. And even as wallpaper, Refn’s work is shamelessly grandiloquent.

Finished Too Old To Die Young at about five to three last night. It’s Twin Peaks meets Mexican Sopranos with a side order of fascist Police Academy and spiritual Magnum Force. It is mesmeric and fucking nasty. Magnificent.

The last time I talked to Refn, we bandied the idea of “the tableau” in filmmaking, parked somewhere between perfumed art-house and moneyed art gallery, and he anticipated this later reaction to the series he had not yet written or shot. “Tableaux, that’s very precise structurally,” he said of “Neon Demon” (2016). “I basically designed the movie as something my kids would watch on the internet. Because they have no more length than ten minutes on YouTube. The idea was that you could cut the movie up in ten-minute pieces, see it individually, or you could put it all together and see it again.”

So, let’s say “Too Old To Die Young” is not a movie or a traditional series or like any other streaming series I’m aware of, nor is it an installation, and it’s not a DVD or a Blu-ray. (Most episodes are near feature length; one abrupt instance ends after half an hour.) In essence, it’s just one of the many data files on Amazon Prime, data assets assembled from multiple AWS servers (Amazon Web Services) as it streams.

I’ve employed it as a brooding mood: the sensation that much film noir brings; it’s fatal but the watcher, or in this case, largely listener, it’s not the one who dies. Does any of this elevate Refn from trash to flash, what justifies his sinister glam, in a searing color palette that only someone who claims to be colorblind could commit?

But in film industry there’s unspoken agreement of stylistic beauty which has been formed. TOTDY destroys such old fashion standard by violence known as creativity. Bringing the rebirth, called the revolution of the film. pic.twitter.com/TI9M9qnFSQ

It is a revenger’s mood. There is no benighted modesty in the yearlong rage of productivity that begat this damage, this hypnagogic hauteur, this stark-staring neon Warhol. “Too Old To Die Young” is a doom-swoon palette-cleanser in a year that continues catastrophe for movies at the theatrical cash spigot.

“It’s at least four times crazier than ‘Only God Forgives,’ and it has more pauses than ‘Meet Joe Black’ and I am not complaining,” writer-director BenDavid Grabinski tweeted admiringly when it arrived. “I’m dead from a long first week but Refn is like an IV of wtf.” Glowing from that flatscreen over there, Refn’s serene provocation is as much effloresce as effulgence: he describes the work as “his absurdist poetry,” as concerned with “internal odysseys” as with narrative.

Adam Schatz published an invaluable essay in the London Review of Books in June on the work of French master Jean-Pierre Melville that suggests a musical analogy. “There was sometimes so little dialogue that his assistants wondered what the actors were supposed to do. ‘On va dilater,’ he would tell them— ‘We’re going to stretch out’—like a jazz musician discussing how to improvise on the basis of a sketch. According to Bernard Stora, his assistant on ‘Le Cercle rouge,’ the point of ‘stretching’ a short passage of dialogue, or a scene, was to heighten its power, and slow down time. Melville’s acts of ‘dilation’ sometimes seem superfluous, even perverse, only to acquire meaning later on, like the languorous shot in ‘Le Cercle rouge’ of a barmaid handing a red rose to Corey, the robber played by Delon, just before he falls into a trap laid by the police.”

Talking to James Mottram for the South China Morning Post, Refn expressed a sentiment close to how I’ve employed “Too Old”: “I don’t actively seek out anything any more, but if [I encounter a show], it’s usually in the middle of something. And if it catches me, then I’m far more interested in enjoying it. So I thought it was a more relevant way to present the future. Streaming is like an evolution, combined with cinema. For me, it’s bright and beautiful.” 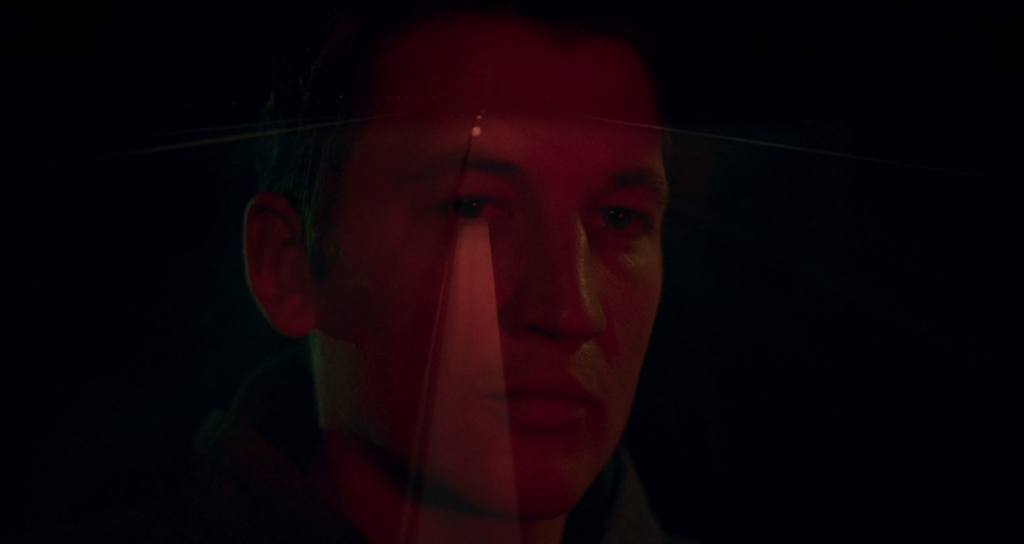 Refn’s screen is a scream of consciousness, of an awareness of figures in malefaction: light of hues of bountiful bruise. A vision of the human form gliding into the putrefaction of pulp fiction. And staring into, onto faces. In “Immortality,” Milan Kundera writes of “impersonality”: “The serial number of a human specimen is the face, that accidental and unrepeatable combination of features. It reflects neither the character nor the soul, nor what we call the self. The face is only the serial number of a specimen.”

Refn is myopic to actual human suffering, his body of work demonstrates that; yet he acutely captures the mask of the face, the sense of the skin crawl, the palm sweat, the suffocation of sensual dread and endless anticipation of awfulness. It’s been this writer’s good buddy these six months now.

“Too Old To Die Young” is on Amazon.