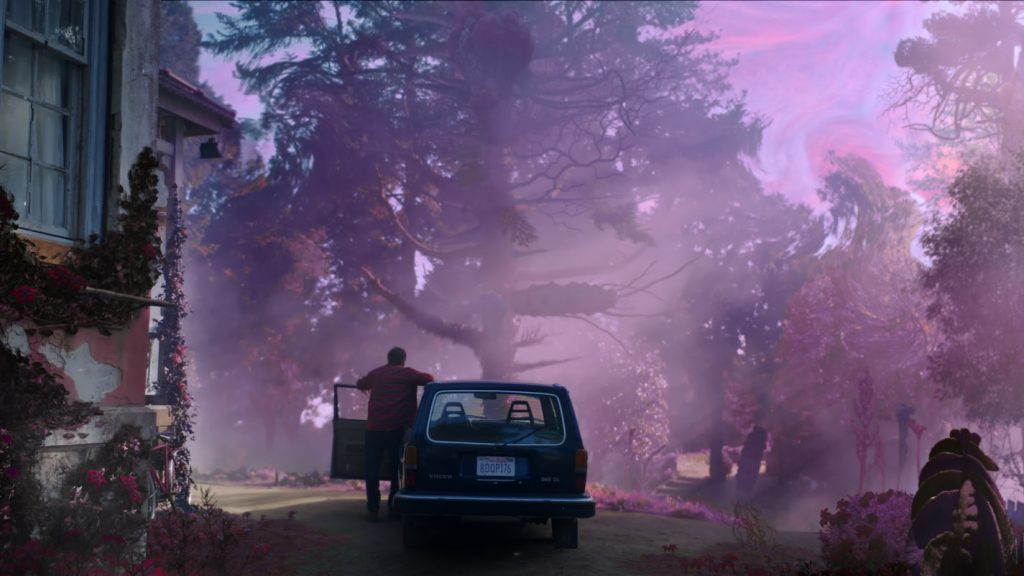 “Jazzy too-muchness” was a phrase former Chicago Tribune movie critic Michael Wilmington appliqued to Robert Altman’s “Short Cuts” when it first came out, but no one those decades ago could have anticipated the fresh strain of movies like Richard Stanley’s “Color Out of Space,” which are compulsively, convulsively wackadoo.

These swing-for-the-fences movies—Hi, “Mandy”!—aren’t scattershot, so much as jam-packed, wickedly, emphatically thinking of each frame and each sound and each word and each music cue could be the last ever that will ever be laid down in filmic format. The intently inventive South African writer-director has spent his time in the bush after a couple of 1990s nuggets, “Hardware” and “Dust Devil,” both trifled with by Harvey Weinstein in early ogre mode, and his firing from the disfigured “Island of Dr. Moreau,” completed by the indulgences of Marlon Brando and director John Frankenheimer.

But here we are twenty-plus years later: “Color Out Of Space,” drawn from “The Colour Out of Space,” a 1927 story by H. P. Lovecraft. (There’s a satisfying bit of itch and scratch in David Gregory’s 2014 documentary, “Lost Soul: The Doomed Journey of Richard Stanley’s Island of Dr. Moreau.”) The minor apocalypses of “Color”—a meteor lands in the front yard of a family farm occupied by Nicolas Cage and Joely Richardson and three children, and reveals itself as an extraterrestrial organism that takes to the body and mind, to flora and fauna—are etched with dreamy, screamy delight. Widescreen, straightahead psychedelic mutation is always welcome in horror of any physical scale. (Neon in shafts and glow; mist; malefic, murky music.) Plus: spatter and splatter galore must be delivered once Cage pushes up his schoolteacher specs and lifts his shotgun for revenge. With Madeleine Arthur, Brendan Meyer, Julian Hilliard, Elliot Knight, Q’Orianka Kilcher, Tommy Chong. 110m. (Ray Pride)

“Color Out of Space” opens Friday, January 24 at the Music Box.