“You get a show or a movie you’re really dying to watch, and you end up staying up late at night, so we actually compete with sleep. And we’re winning!”

Proud? Strident? Visionary? Cutthroat? Complacent, commonplace dystopian? Can’t we just take it one day at a time, one film at a time?

That 2017 statement by Netflix CEO Reed Hastings rings in a year in which the streaming service’s spend on programming is expected to come close to $18 billion, after sinking about $15 billion of investor cash last year. (The remaining theatrical movie studios—Disney, Universal, Paramount, Warner and Sony-Columbia—reportedly spend under $10 billion in aggregate.)

A couple days after “Parasite”’s unprecedented multiple Oscar win—a brightly berserk comic thriller-political parable in the Korean language—veteran industry observer Richard Rushfield wrote in his invaluable newsletter, The Ankler, “Hollywood’s been feeling the yoke of this new employer, come from nowhere, spending as much as everyone else combined; but behind the checks this very unsettling sense that this is not going to end well for anyone… But diminished, tarnished, humiliated though it is, we must never undervalue the lure of Oscar that has enslaved so many; generations who brought their fortunes to Hollywood have fallen hypnotized under his spell.”

Money chases money, but money chases perceived prestige. Knells of doom sound only hours after the supposed celebration of a supposedly proud industry: even the broadcast ratings fell. Eager new money remains the only certainty in the film industry.

Numbers started to stutter in my head a couple of weeks ago on a visit to Odd Obsession Movies, which is facing brisk headwinds of its own in keeping its 25,000-plus archive of physical media of a century of film available to the public.

I’m holding onto my own library of disks, but an image from the shelves behind that counter on Milwaukee Avenue—not the shelves against walls and throughout two rooms that bristle with the new, the old, the strange, the even stranger—was transfixing and alarming. Each of the movies is kept behind the counter in slim cases, and on shelves reaching nearly to the ceiling, translucent thin cases run wall-to-wall as well.

That’s a lot of stories.

Other numbers danced as I leaned against a shelf and hoped instead to eavesdrop on a conversation. Nope: Numbers.

John Landgraf, the longtime head of the FX Networks, each year pulls out a number of how many scripted series are produced in year in the United States, for multiple media, including broadcast television and streaming services both large and small.

Last year? An unprecedented 532 scripted series, a seven-percent year-to-year increase. The number is expected to balloon further in 2020, “which to me is just bananas,” Landgraf said recently.

March marks the launch of the eleven-investor-billion-dollar-sunk 7,000 episodes of ten-minute amuse-boxes from founder Jeffrey Katzenberg and CEO Meg Whitman’s company, called “Quibi” (Kwee-Bee). The mobile-driven conceit sounds like an invitation to low-sweat smash-and-grab for well-connected “content producers” more than a good time in your pocket.

Another frighteningly large number floats atop the stew: an estimate of the total number of original series manifesting across Planet Earth: 10,600 new series launched in fifty key television territories in 2019, including 4,600 fiction series. 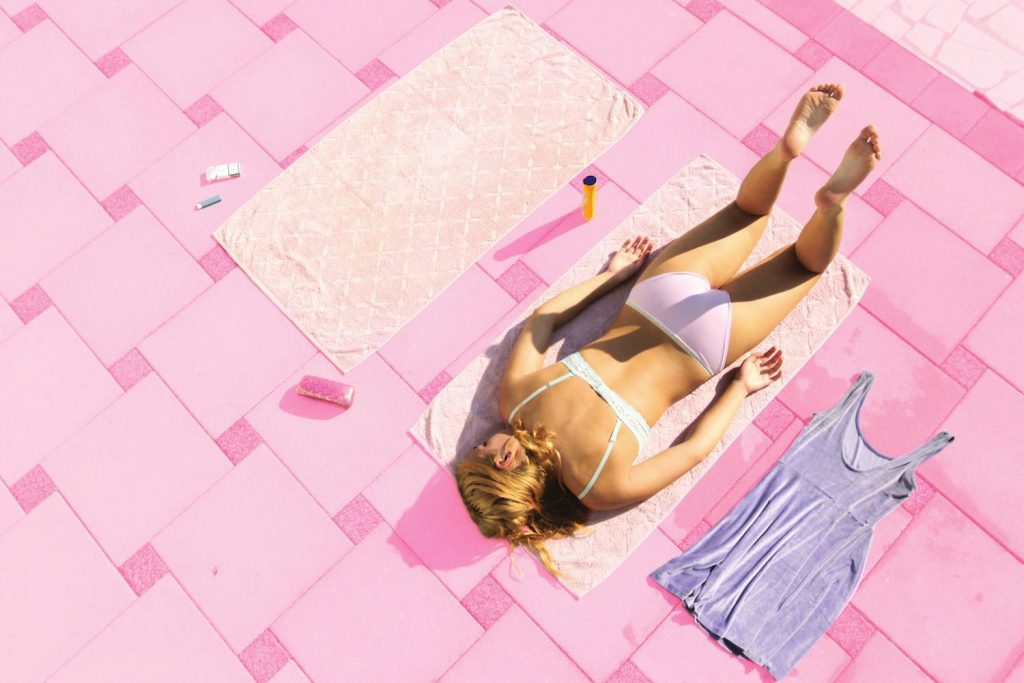 March marks a favorite festival of mine: more comforting is to approach movies, one at a time, especially under the cool eye of consistent programmers. Which brings us to the twenty-third annual European Union Film Festival at the Gene Siskel Film Center of the School of the Art Institute, which, just as much as other omnibus festivals around the city, frustrates for the lack of time, to preview, to review, or even to see during the event. There’s only four weeks of screenings, for a total of forty-seven films, from twenty-seven member nations and former member Great Britain, but still! (One-third of the selected films were directed by women.)

The Siskel selection is daunting for scale, scope and curatorial diligence. (And few of them are driven by the kind of mega-corporate urge for domination and sleep-deprivation of other modern media choices.) These are the latter-day echoes of the kinds of movies I’ve watched and supported the duration of my career. The films build upon the past of the continent, the countries and the movies that came before these: history is a river here, whether quiet or turbulent. It rushes onward, with or without your say-so. I’m always taken aback by how many I want to see (and which have not been available to Chicago audiences before) even more than premier events like the Chicago International Film Festival and those debut pictures that the career festival vagabonds gobble six or seven a day at festivals like Sundance and SXSW and Toronto and Cannes and Berlin and Tribeca to infinity. (To recurrent and near-certain disappointment, to be sure.) But the hit-to-hit ratio of the EU Fest is usually uncommonly high, and always reassures that the feature film narrative of the post-World War II era has kick, spark and life left in it. (None dare call it “humanist.”) Not that smaller events focusing on the other great national cinemas, from Iran to Asia and beyond, don’t also tickle and thrill: this is simply a smorgasbord that eager Chicago moviegoers ought to anticipate eagerly each year.

Here are a few examples rushing downriver on streams of high recommendation. Greek cinema is still going for the weird, even after the English-language ascension of Yorgos Lanthimos (“Dogtooth,” “The Favourite”), in “The Waiter,” which has been compared to Aki Kaurismäki’s drier-than-dry social comedies as well as the rich history of philanderers in films noir. Jim Jarmusch’s “Stranger Than Paradise” gets the regularly scheduled homage in Ena Sendijarevic’s Netherlands-Bosnia and Herzegovina production “Take Me Somewhere Nice,” working the charm in a semi-autobiographical three-hander road movie traversing the way from Bosnia to Holland. The vocabulary of Romanian filmmaking grows with Radu Dragomir’s “Mo,” a thriller dipping into “Me Too” territory. From Austria, documentary master visualist Nikolaus Geyrhalter (“Our Daily Bread”) returns with “Earth,” taking in the monumental scope of seven construction sites around the world, from marble mines to radioactive waste dumps. The Dardenne brothers are on hand, too, with “Young Ahmed,” their study of a thirteen-year-old Belgian Muslim boy who becomes radicalized. Bruno Dumont is on hand, too, expanding on his “Jeannette: The Childhood of Joan of Arc” with “Jeanne,” a “piously poisonous sequel,” according to John Waters, and also a ballad-driven… musical?

From France, “Sibyl” takes obsession on the road as a female therapist who is shutting down her practice is drawn in by an actress (Adèle Exarchopoulos), who is in a triangle with her male co-star and her female director. The narrative fractures, drawing comparison to the work of Alain Resnais.

A different sort of light burning bright resides in Claire Pijman’s “Living the Light: Robby Müller,” a portrait-cum-life-lesson of the late Dutch magician of light. Pijman doesn’t rely on images from Müller’s effortlessly magisterial work across seventy pictures (“Paris, Texas,” “Dead Man,” “The American Friend”), but takes advantage of her access to video diaries, home movies and Polaroids he left behind when he died in 2018. The guitar-driven score is by Jim Jarmusch and Carter Logan. Werner Herzog drops in, too, with “Nomad: In the Footsteps of Bruce Chatwin,” an elegy tracing his intense friendship with the late memoirist and fabulist who shared Herzog’s world-spanning wanderlust and “quest for strangeness.”

But quest no more: pick your own strangeness from this vital pile. It doesn’t even try to compete with Netflix.

Full schedule at siskelfilmcenter.org, in both listings and PDF format.