Movies that might have seen a theater screen or a succession of platforms toward maximum “monetization” arrive willy-nilly: what to make amid dozens of movies available each week, many via profit-sharing releases shared by distributors and theaters like the Music Box, Siskel and Facets? “I am truly a little lost,” filmmaker Shane Carruth said this week. “My past model with self-distribution was following what everyone else was doing—all the IFCs and Magnolias, where you make a big opening weekend but don’t earn any of it back. You make it up on digital because of the big opening weekend. That’s the model. So if there are no theaters, I truly don’t know how it works. I don’t know how you make a lot of people in the digital world say, ‘Oh my god, we all have to show up at 7pm on a Friday to watch this.'”

Before the After, for instance, how will you find a gaudy monstrosity like Josh Trank’s “Capone,” featuring Tom Hardy as the gangster in his late days, a movie the exquisite crassness of which is more expressive and memorably cracked than most films that were meant to be released in 2020? What a fantastic folly! But also a relentless portrait of a bloated, deluded, syphilitic gang boss rotting before our eyes. (Fatal, fetal and fecal, to boot.) It is an emetic and an education: Trank’s every choice is bold, assured and oftentimes bravura. (The distributor believes it will one day be able to release “Capone” theatrically.)

Hypercuration: there’s a website I won’t name that announces its roster of titles about thirty-six hours at a time, and goes offline during the highest hours of internet usage, as tracked by East Coast time. Most of the titles appear to be rarities tied up in library disputes, presented as a time-slotted livestream of one discerning individual or group’s generously eclectic collection of valuable work that’s near-impossible to see. (That’s enough clues to find the site if it lasts past the time I press “publish.”)

Hypercuration: MUBI. Less-known than other streaming services but with a global footprint, MUBI expanded at the end of this week from its packet of thirty features at a time, one popping up, one popping off each day, with the MUBI Library, which “Moonlight” and “If Beale Street Could Talk” writer-director Barry Jenkins proclaims that “for aspiring directors and film students [it] truly is ESSENTIAL, this is fantastic and the perfect evolution of the platform.” Their tweeted announcement teases and taunts what they’re up to better than the site itself, with bursts of scrolling categories and stellar titles: “Films you missed the first time we picked them. Films you can discover all over again. Films you never even knew existed.” (Scroll down from the opening page for the range of offerings.) The categories include twenty-one features restored by Danish filmmaker Nicolas Winding Refn, including a free presentation of Curtis Harrington’s captivating 1961 “Night Tide,” starring a young Dennis Hopper in a succession of atmospheric horror turns, as well as nearly fifty features made by “Women With Movie Cameras,” many exposed only on the recent festival circuit, including Claire Denis’ “Trouble Every Day” (2001) and work by Marguerite Duras, Margaret Brown, Sara Driver, Jessica Hausner, Maren Ade, Ida Lupino, Josephine Decker and Jodie Mack. 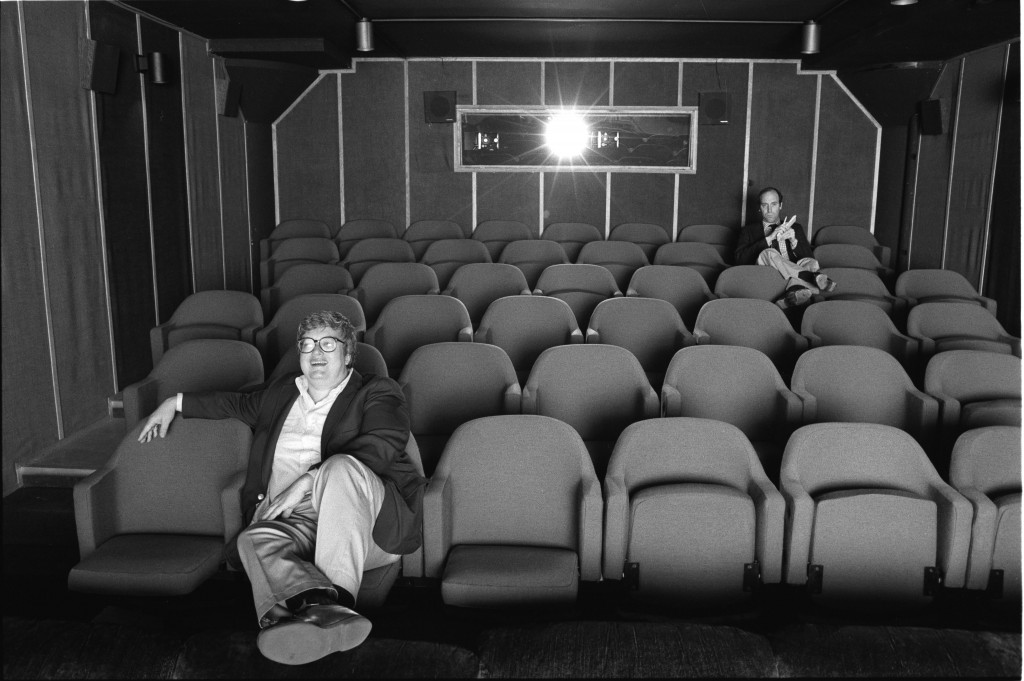 Magnolia Pictures is pairing past documentary successes each week as “A Few Of Our Favorite Docs,” with Q&As, including Steve James’ portrait of Roger Ebert, “Life Itself.” Streaming from the Music Box site from Friday, May 22, a Q&A with Steve James and Chaz Ebert is scheduled for Wednesday, May 27, with free registration here. (Ten percent of proceeds go to the Chicago Cinema Workers Fund and fifty percent to the Music Box.) I wrote a long piece about Ebert when the film was released, which you can find here. 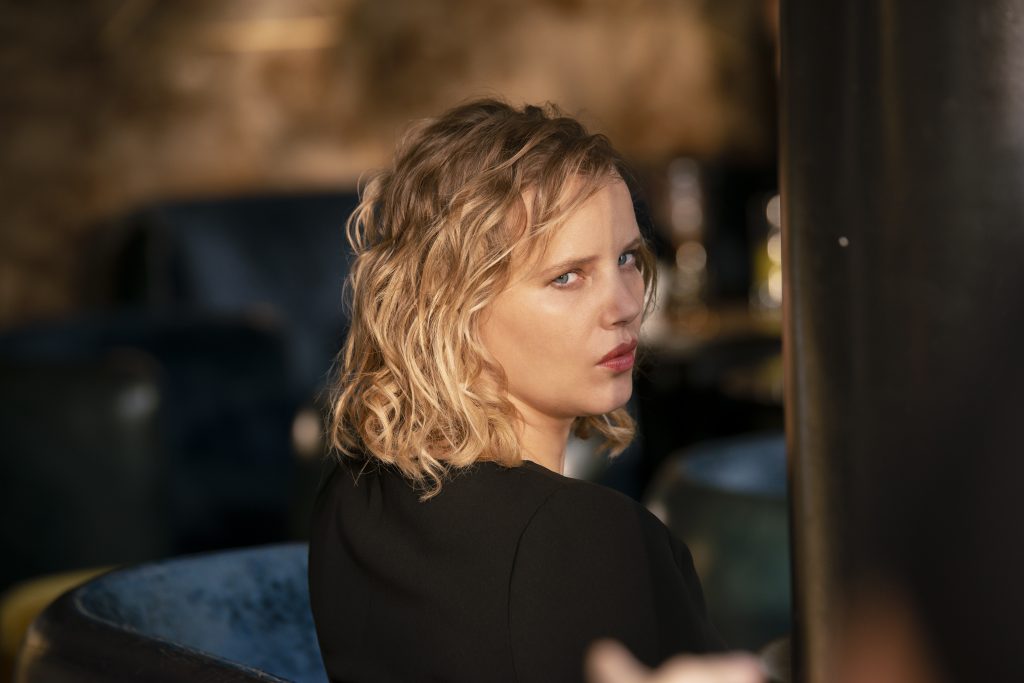 Joanna Kulig in “The Eddy”

Notes on limited series on streaming services: The Netflix jazz-in-Paris “The Eddy,” a Damien Chazelle production (featuring André Holland, Joanna Kulig, Leïla Bekhti and Tahar Rahim) dropped soundlessly on Netflix. Is there conversation? It’s doubtful many viewers, if Netflix prompted them to watch, made it past the opening ten minutes, with an extended Super 16mm hand-held take through the jazz club of the title. It’s an excellent cue to the staid conflict of the eight hours to come, directed by Chazelle, Houda Benyamina, Laïla Marrakchi and Alan Poul and written primarily by Jack Thorne. (Amy Taubin is less disapproving at Artforum: “I can’t think of an actor other than André Holland who would be disciplined enough to carry a series while refusing to do anything to elicit our sympathy or our love.”) 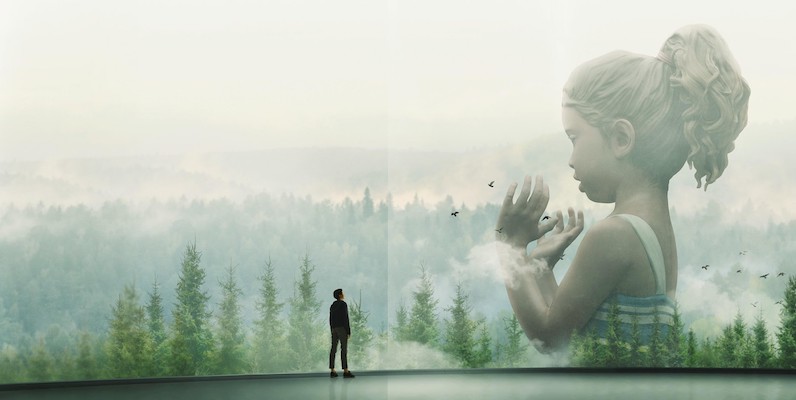 After debuting in April and May, FX/Hulu hosts Alex Garland’s eight-part “Devs,” a technology-based thriller drenched in the kind of music and atmospheres as well as knotty thinking on sentience, perception and mortality as in his features “Ex Machina” and “Annihilation,” which stays in mind even after only a single two-session immersion. Admirers of Garland’s earlier work have much to savor.

Long-awaited, at least in this house, is the twenty-eight episode Weimar-set neo-noir “Babylon Berlin,” adapted and directed by Tom Tykwer (“Run Lola Run,” “Cloud Atlas”) and others from novels by German author Volker Kutscher, is on Netflix after its debut as the most expensive television drama series produced in Germany. While it’s been on Netflix for a while in German, with subtitles or multiple dubbed languages, a recent search was the first time it surfaced for me: it seemed simply to have disappeared. “Babylon Berlin” richly evokes Weimar Germany in its intrigues with anachronistic elements akin to, but a distance from, Rainer Werner Fassbinder’s fifteen-and-a-half-hour 1981 epic of cruelty and metacinema, “Berlin Alexanderplatz.” Tykwer’s cool, hyper-designed and coolly calculated visual style demonstrates the decades of experience that allows him to construct image after image of florid beauty and damning precision. It’s a sweet, as well as bittersweet, swoon. The detective intrigues, plot turns, period interiors, fabricated historical settings and musical interludes captivate equally.

But the most effective thing in any format that I’ve seen in the past two months is on Vimeo, a kind of found-footage short, a music video that repurposes images from Joseph H. Lewis’ low-budget 1950 guy-and-gal-on-the-run-from-the-law marvel, “Gun Crazy.” (It’s a movie I know all too well.) Lewis’ electric filmmaking is incessantly sexual in symbolism and its headlong forward motion, despite the director’s protests that movies, by the end of his fervent career, were just too lurid and he had to step away to spend time on his fishing boat for his last couple of decades. As edited by filmmaker Ryland Walker Knight for “Satellite,” a song by the band Oona Ruin, it’s insane, even if the images are new to a viewer, that the exhilarating montage makes Lewis’ outlaw-couple miniature masterpiece feel even more fuck-filled than it already is. The ever-modest Lewis would rightfully blush at the edge of his seat.