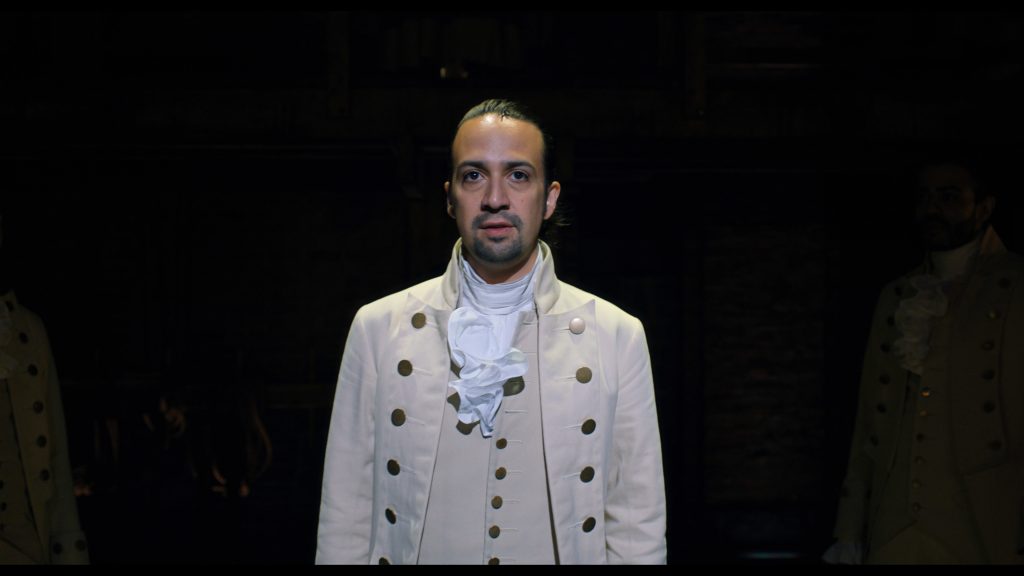 “We’re at a time when we can’t gather…” The overture has been only a note and a note as Lin-Manuel Miranda and stage and film director Thomas Kail introduce themselves, separately, to camera, Miranda’s headphones, Kail’s earbuds in place. Twenty seconds into that seventy-five seconds and here we are: in time, this time, timeless. We’re at this time. “So much of what ‘Hamilton’ is about, is how history remembers,” Miranda says, “and how that changes over time.” So the American Experiment begins.

A recording of a stage show is just a recording. We lose the thrilling ephemerality of live performance that forges unique memories that cannot be revisited, the usual dynamic between the real and the recorded, the Dionysian and the inscribed. But here we are.

The forty-six numbers of the sung-through show were recorded at the Richard Rodgers Theatre in June 2016, with an audience and without. That “Hamilton” was performed hundreds of times gives satisfying effortlessness to the blending of three shows. 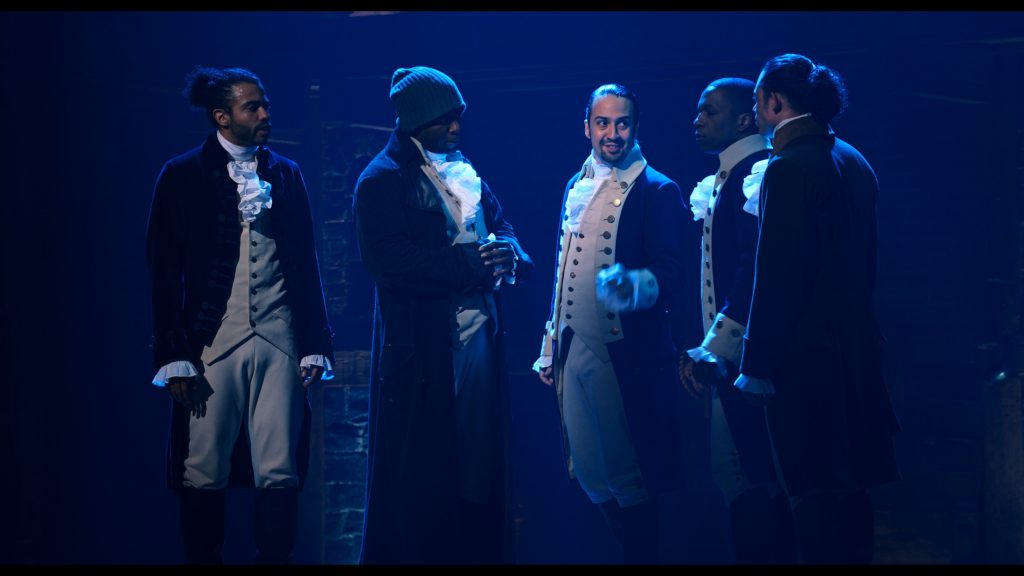 “I think the show is different depending on where you are and when you see it,” Miranda says in press notes. “This is a show that premiered during the Obama administration, which is a very different White House than the one we have now. The words haven’t changed but the world has changed.”

It is good, it is very, very good, this recording of “Hamilton.” (It doesn’t cost $849 for the best seat in the house, either.) The audience knows they’re seeing the final performances. They are well and truly recorded as well: bright, bounding cheer.

Having seen Hamilton at the Public is not a personality!

“A record of a phenomenon once it’s done and gone.” What’s been written about its bumptious, bountiful virtues of “Hamilton” is about what you see right here, in this now. “I’m proud of ‘Hamilton,’” Kail says in the introduction, “because I feel like we made something that spoke to the moment we made it and can speak to the moment now.”

I intentionally avoided even hearing songs from “Hamilton” these many years: I wanted to see and hear it in some big barn someday, not with headphones on a watermarked streaming screener. But this is good. This is so very good.

And even more in this moment, the first week of July 2020, its greatest asset, its greatest weight, is as a vessel, a container, for what it says and how it says it. Has any other Walt Disney Co. release ever swaddled such plain and incendiary notions—so piercingly All-American? Many of the ones that brought this nation into being, but still, loud and wrong voices carry, too.

The show is preserved w this cast & on the way to Gringotts vault. Grateful to everyone who made a complex shoot painless.
Rest easy, fam.

It’s also a big deal of a deal. “Hamilton,” produced for $12.5 million, grossed over a half-billion dollars. Its many touring productions would have made tens of millions more if the before were our world; the $75 million buy of worldwide rights may be the largest such deal ever. Disney had planned an October 2021 theatrical release. But things changed. Those overlapping, interlocking roadshows ended. With no theaters open, the release of the stage recording would not conflict with ghost bookings nationwide. Disney shunted its $75 million directly to blockbuster-light Disney Plus. 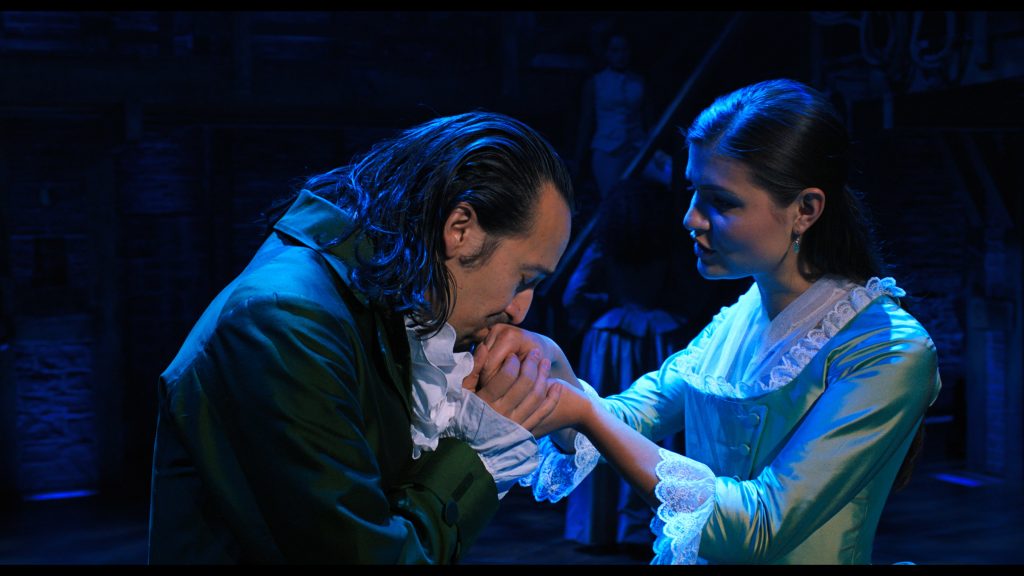 At that time, in February, no one predicted what “Hamilton” would mean on July 4, what world it would arrive into. In April, no one predicted what “Hamilton” could mean on July 4, what pachyderm-scaled crises would trample the face of the earth. At this precise moment, precious, corporate Disney unleashes a cultural bomb, a passionate swoon about “what history remembers.” The company’s only notable caution comes in muting or scratching two of three uses of the word “fuck” to receive a PG-13 rating: “I get the fuck back up again” and “Southern motherfucking Democratic Republicans.”

I’m seeing a lot of “Hamilton makes me sad because things are worse than when the musical came out” and fair, but also I do not think we could have a better time than now for a story about some really flawed people who agreed on almost nothing but teamed up to overthrow tyranny

“I literally gave two fucks so the kids could see it,” Miranda tweeted on June 22. The “fucks” aren’t missed: “Hamilton” is just fucking now. There are works of art that arrive at exactly the right moment; very few arrive twice. The phenomenon continues: “Let’s raise a couple more… to the revolution.” 162m. (Ray Pride)

“Hamilton” is streaming on Disney Plus.