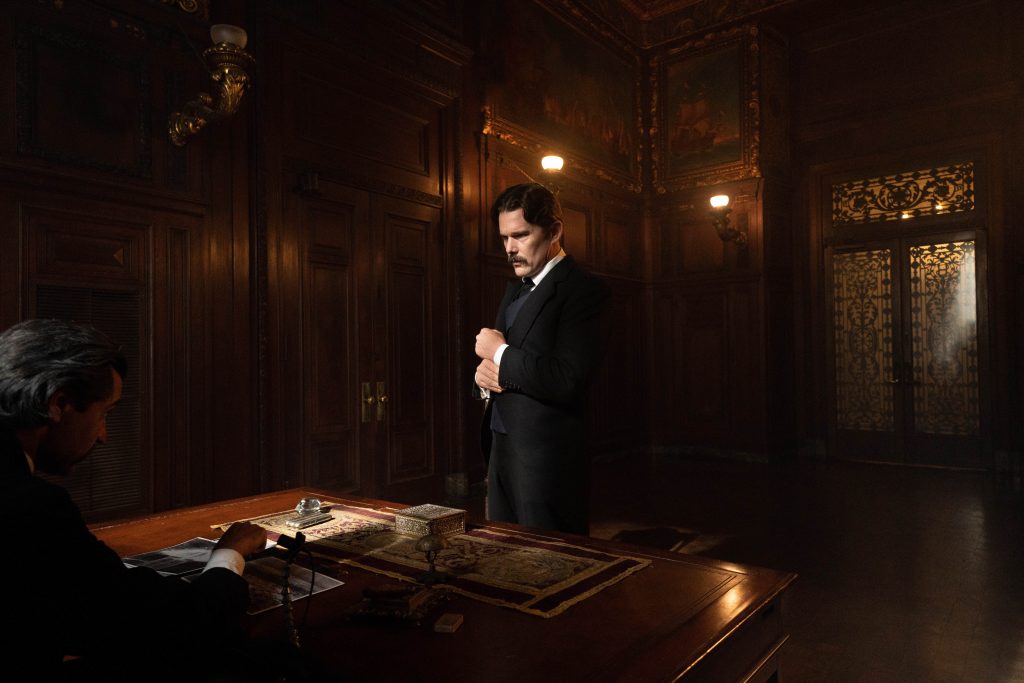 1
Tesla
Michael Almereyda’s longtime dream project about an electrified past arrives in a stilled present: the story of alternative energy, starring Ethan Hawke, at the top of 2020 releases.
Opens August 21


2
I Used To Go Here
Chicago filmmaker Kris Rey’s understated fourth feature is a sly comedy about stasis and standstill in several other guises: it gets it gets what it’s like to live here.
Opens August 7


3
The Personal History of David Copperfield
Armando Iannucci’s spirited feature follow-up to “The Death Of Stalin” is vivacious comedy with a star turn by Dev Patel in the lead role.
Opens August 14


4
Let Him Go
“The Family Stone”‘s Thomas Bezucha returns with a powerhouse cast—Kevin Costner, Diane Lane and Lesley Manville—in the story of grandparents retrieving a child from a family off the grid.
Opens August 21


5
Tenet
Someday we will remember the time fracture when Christopher Nolan’s most expensive movie was eventually released.
August 15; or August 15, 2021; or 1/21/21 (Update: “Tenet” will open in other countries before a tentative partial-U.S. debut over Labor Day.)


UPDATE August 20: “Tenet” is scheduled to open in 70mm at the Music Box Theatre with capacity restrictions to Music Box members on August 31 and the general public on September 3 for an open run. Advance sales required and attendance is limited to fifty patrons per show.