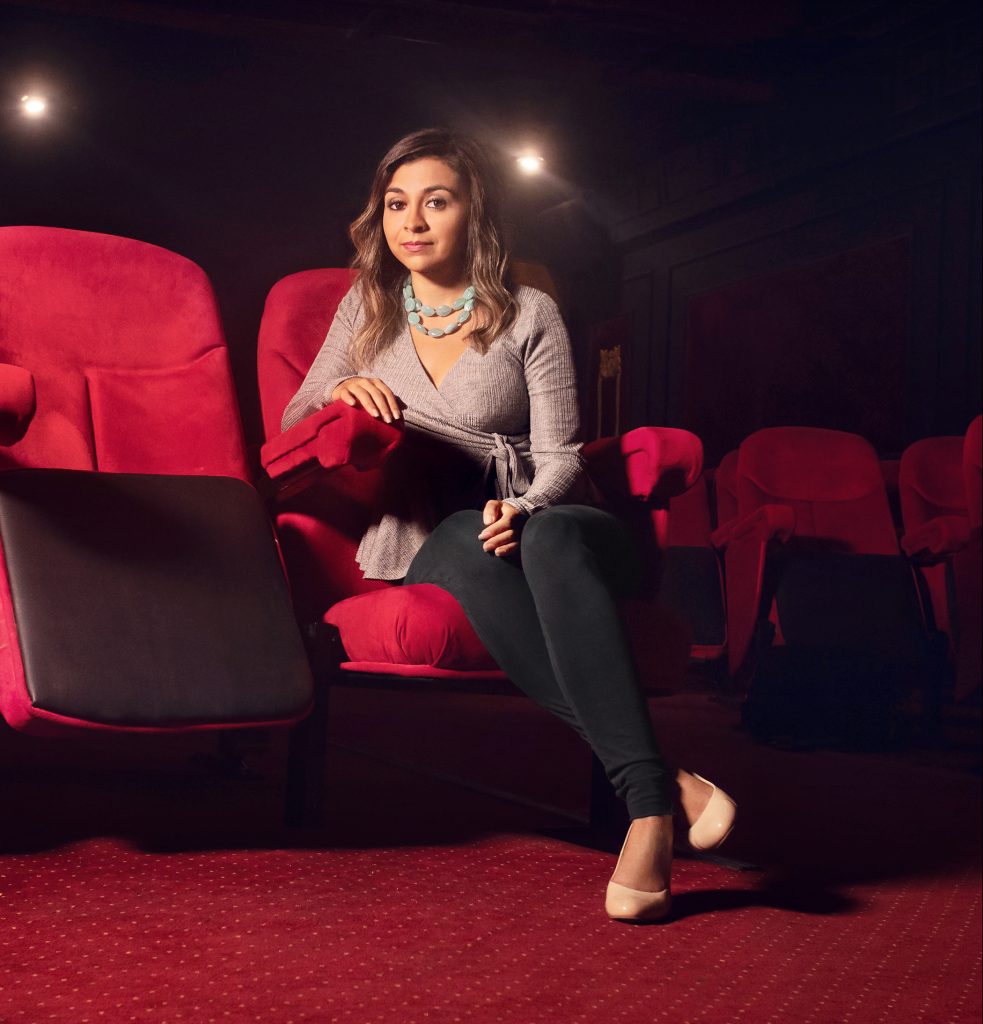 Among thriving, multi-talent, multihyphenate Chicago filmmakers, Colette Ghunim is on the move. Literally: we caught up with the documentarian, executive director and co-founder of Mezcla Media Collective as she was settling into a stay in Cairo, Egypt.

Where should we start?

I returned to Chicago in 2016 after living in Egypt for two years, to co-direct my first documentary, “The People’s Girls,” which received over two-million views for its bold spotlight on street harassment in Cairo. While temping in a variety of administrative roles, I met who was to be my first boss and biggest mentor, Elena Valentine. Filming and editing videos for her company, Skill Scout, we built strong camaraderie, which then led to the creation of Mezcla Media Collective in 2018. I also started working with Scrappers Film Group in 2018, where I learned an invaluable amount of technical skills around filming and editing for nonprofits and documentaries [being made] around the city. All throughout, I began working on my first feature-length film, “Traces of Home,” catalyzed through Kartemquin Films’ Diverse Voices in Docs Fellowship. “Traces of Home” follows my journey with my parents to find the homes they were forced to leave in Mexico and Palestine as children, while also confronting how intergenerational trauma shaped my notions of home in suburban America. 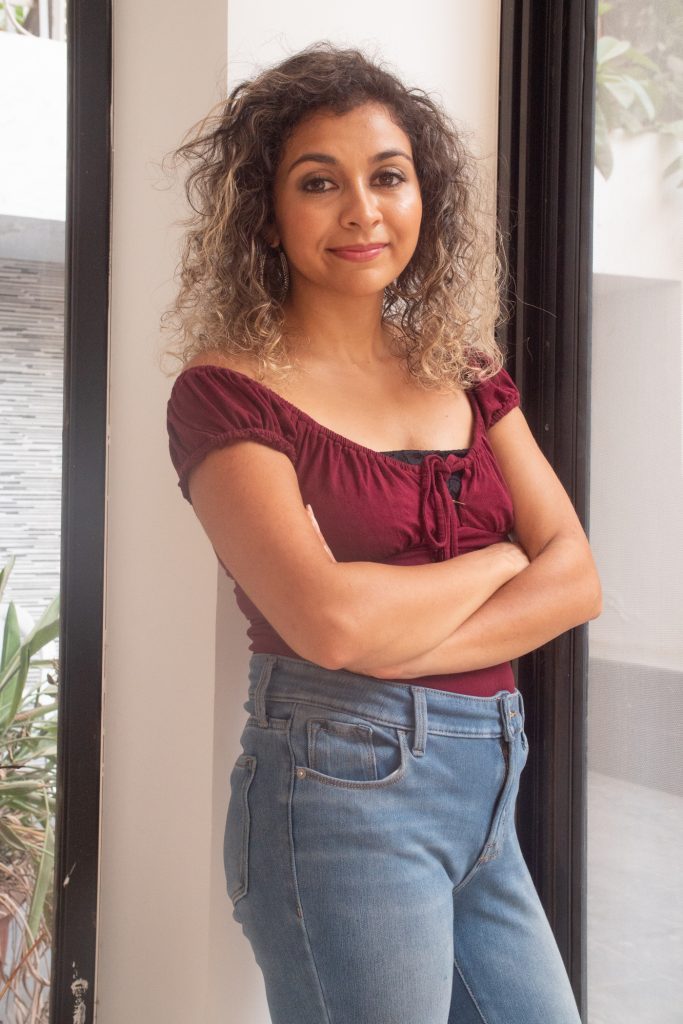 As one of two projects selected for the Hulu/Kartemquin Accelerator program, I received a grant, a weekly mentorship for the film’s progress, and a first-look deal with Hulu upon “Traces of Home”’s completion. The film is in development with Kartemquin and in progress to become a Kartemquin co-production. “Traces of Home” also secured a broadcast deal with Al Jazeera Documentary Channel by winning the LatinArab Co-Production Forum in Buenos Aires, Argentina. My goal is to finish the film by September of next year for fall festival submission deadlines, as well as to have a strong impact campaign that sparks healing in Latino and Arab communities affected by forced migration.

And now you are in Egypt.

I am currently based in Cairo, for my Egyptian husband’s work, using this time very intentionally as my editing retreat to get “Traces of Home” to an assembly stage! 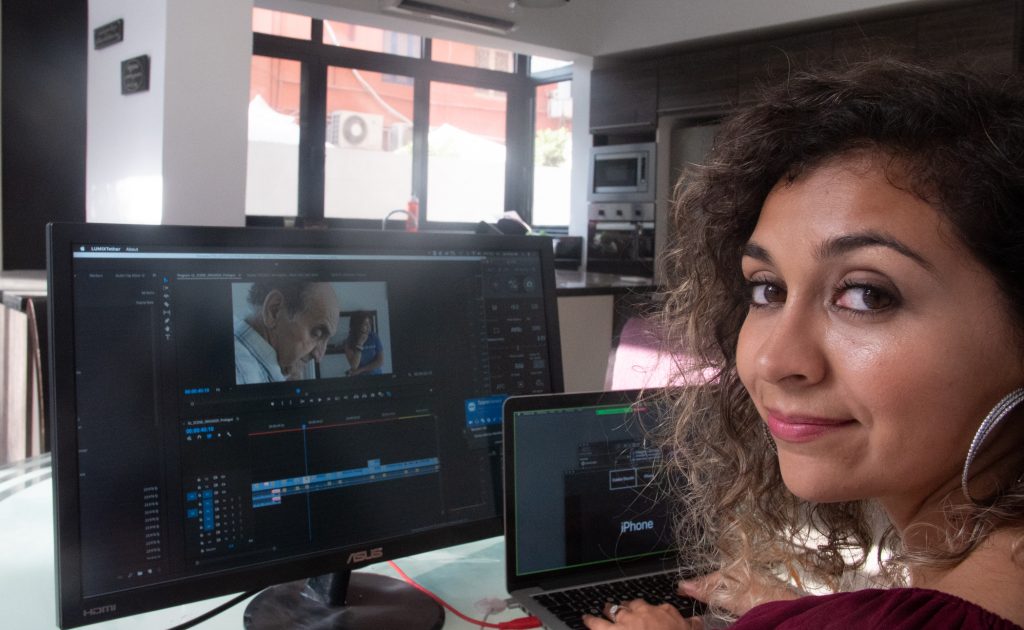 I want to hear more about Mezcla’s origins.

Elena and I started the collective back in November 2017 after we noticed a lack of community and resources specifically for women and non-binary filmmakers of color. The first step was connecting all of us scattered across the city and suburbs; we had our first official Mezcla gathering at Stage 18 in Cinespace, and we were shocked that over sixty women and non-binary individuals showed up. Since then, we have grown organically to over 550 members, who are independent filmmakers, cinematographers, production designers, and much more in both the documentary and narrative industries.

Knowing that our stories need to be heard now, more than ever, we work to create our own table, using the assets of our community to build and fulfill our life purposes of being the storytellers for our communities together. We seek to level the playing field, ensuring that women and non-binary filmmakers of color are leaders in our city’s bustling media production scene, while also allowing stakeholders in the industry who are interested in diversity and inclusion to work with the organization to achieve their goals in a very intentional manner.

Mezcla offers three tiers of resources: hyper-local, knowledge transfer and career advancement. Through our closed online group, members share centralized information on job opportunities, advice on their film projects, networking events and Chicago film industry events. Since its founding, Mezcla has filled over thirty production jobs for film companies and facilitated at least a dozen hires for jobs in Chicago. Through our monthly meet-ups and organized events, womxn of color have been able to connect with one another and bring their projects to fruition. Led by our Leadership Circle, we plan educational programming and community resources that create access and equity, as well as raise funds to keep us sustainable and thriving as an organization for decades to come. 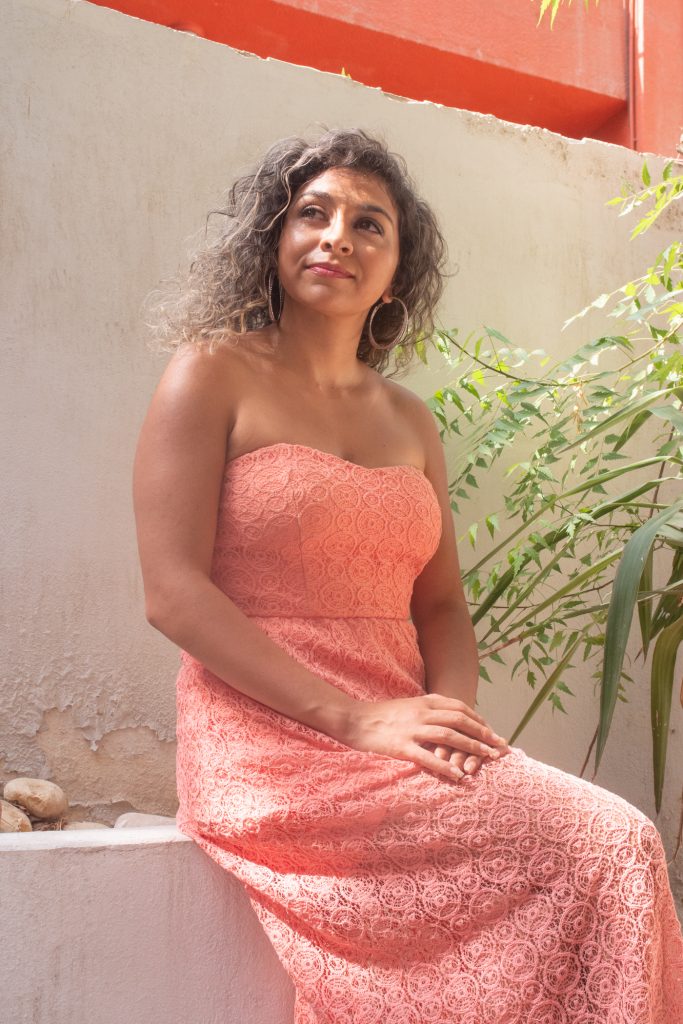 What future do you envision for Chicago to persist as a thriving base for diverse filmmaking and narrative forms of visual storytelling?

The time has come for our community to be extremely honest with itself around whose stories are being told, and who are the ones telling them. It is also no longer enough to just check the diversity box; it is one thing for companies and crews to want diverse perspectives, and another to actually listen. Specifically, as womxn of color, we are refusing to be used as tokens, fully embracing our worth as filmmakers and innovators in the industry. For too long, our communities have been ignored, and our stories warped by outside perspectives. Structures in place that keep marginalized peoples out, whether through access to funds, people, or space, are slowly being broken down, yet we hope to go one step further by building our own structures from the ground up. Through Mezcla, we feel incredibly grateful for the community partnerships that have generously supported our organization’s growth, and I personally am excited that a much needed shift in media making both in front and behind the camera is starting to take hold.

What are you doing that no one else can do?

Like many others, the quarantine forced me to slow down and intentionally reflect on my life, and how I want to live it. Sitting in meditation every morning, I am learning to love myself fully: embracing my own unique character, imperfections and all. Removing comparisons, I am growing in acceptance that no one else can be my full, authentic self. And during my time here, I am beyond grateful to spend my days with a camera, as a vehicle to amplify voices that too often go ignored, as well providing agency to those who dream to do the same.