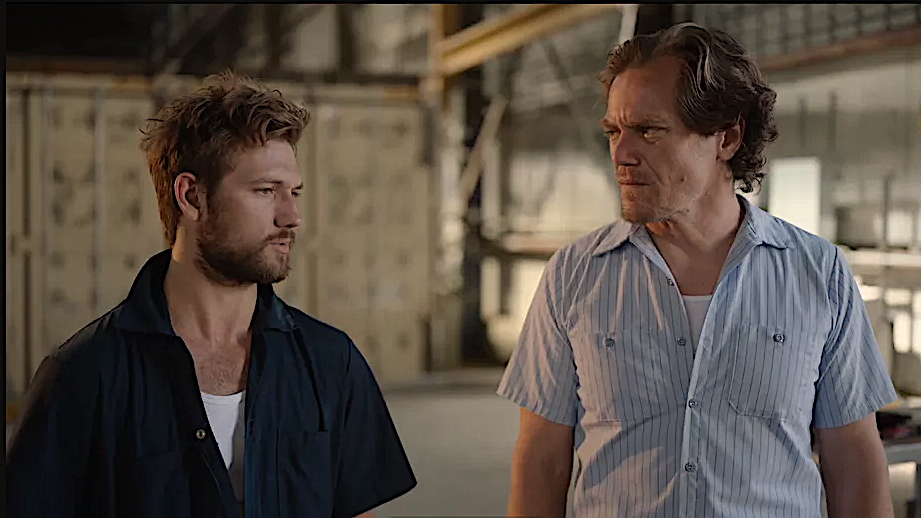 “We’re not just stealing, we’re sending a message” is the message spoken and graffitied and attested by the crew of young, prettified home invader-art bandits in the clumsily titled heist drama “Echo Boomers.” Opening credits promise “this is a true story, if you believe in such things.”

Chicago filmmaker Seth Savoy’s debut feature pays keen attention to low-budget models of economy. Relevant rules? Present themes with footage of real-life newscasters describing general and generational economic malaise (including an apparition of disgraced Manhattan edifice and longtime harasser Charlie Rose). Introduce your guppy-out-of-water protagonist to Chicago in swirling shots that glory in the vaulted beaux-arts cathedral of Union Station, and then run a ration of exposition in a car driving through the Loop without concern for geographical matching. Construct flashforward and flashback montages like those in “Run Lola Run” (1998) with punchy alacrity. Have the robbers don Day of the Dead-fancied skull masks, which make it easier to edit the urgent fracas of the robberies. Employ name players in single locations, including journalist Lesley Ann Warren who never leaves a chair where she listens to confessions n a prison phone set-up, and especially art fence Michael Shannon coiling and cooing and barking in a single warehouse location. Shannon works inflection and insinuation to a T: he makes a mighty meal of a single “Hello.” (His “You don’t got to call me sir” is both silk and burr.) 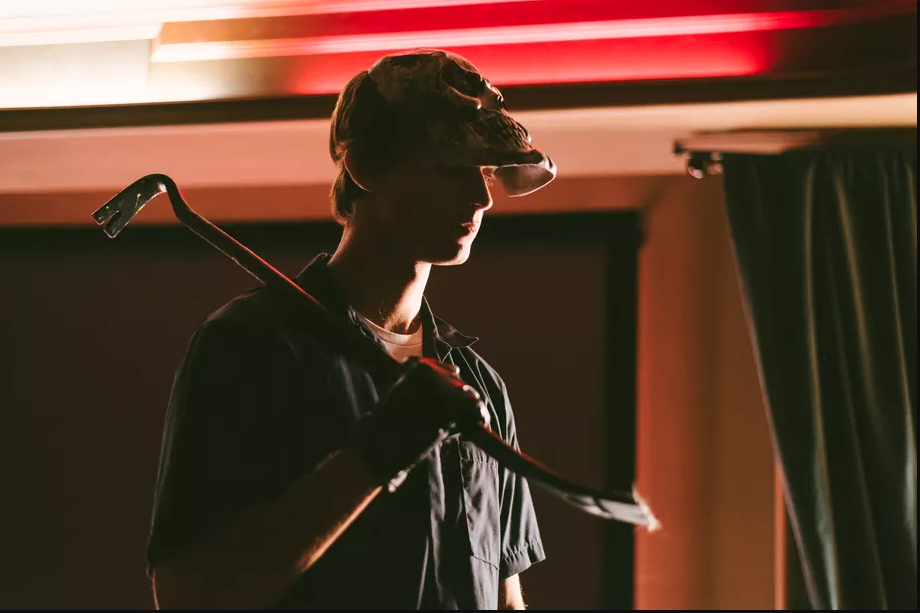 The one-last-heist genre lands heavy, like a “Reservoir Dogs” hoping to grab the “Wild Bunch” rocket sled. Crime master Billy Friedkin is raising his chin and looking down on these proceedings as well; the 1980s Friedkin who made “To Live and Die in L.A.” would perk up at the prospect of self-labeled “true artists of destruction” making a glass- and illusion-smashed crucible of tawdry wealth. (Stirrings in the score suggest Tangerine Dream’s pulse to Friedkin’s “Sorcerer.”)

Minor time fractures and occasional narration don’t rise to the immaculate dovetailing of Stanley Kubrick’s granddaddy of time-sliced heist pics, “The Killing” (1955). Forebears of Chicago screen thievery like Michael Mann’s “Thief” weigh heavy, and an early shot of a god’s-eye view of a train hugging the curve of a track promises an awareness of the power of imagery as much as plotting and mouths run with profane recrimination. (A similar mood pervades 2018’s “American Animals.”) There is a slow-motion shot of the crew running from one daylight robbery that, of course, evokes the Tarantino pack of “Reservoir Dogs.”

The punchiest asset is the earnest, insistent and diagrammatic philosophy these disaffected twentysomethings espouse as they do jobs and party in between, as in the hit on “some paranoid old fuck sitting on an ungodly amount of cash, enough to last a lifetime.” “I’d rather be dead then fit into their system,” the fresh thief (Patrick Schwarzenegger) declares after his first few mansion smash-and-grabs and nights of liquor and coke and molly. Blumhouse, especially with “The Purge” movies, dips into deep dissatisfactions with raw, blunt verbiage. Savoy’s characters wonder, thinking themselves proud scamps when they’re sloppy nihilists, “When the system is corrupt, why play by their rules?” They’ve got issues, and they’ve got themes: “We did everything they told us to do,” another self-described millennial says of the crippling-debt education and fucked workplace trajectory that brought them to this place. They’re Robin Hoods in word, if not deed: mere vandalism, however momentarily cathartic, “Echo Boomers” says, does not make a political statement. With Alex Pettyfer, Gilles Geary, Oliver Cooper, Hayley Law, Leslie Stratton, Kate Linder, Karli Hall, Mike Hatton, Ali Freeman. 93m. (Ray Pride)