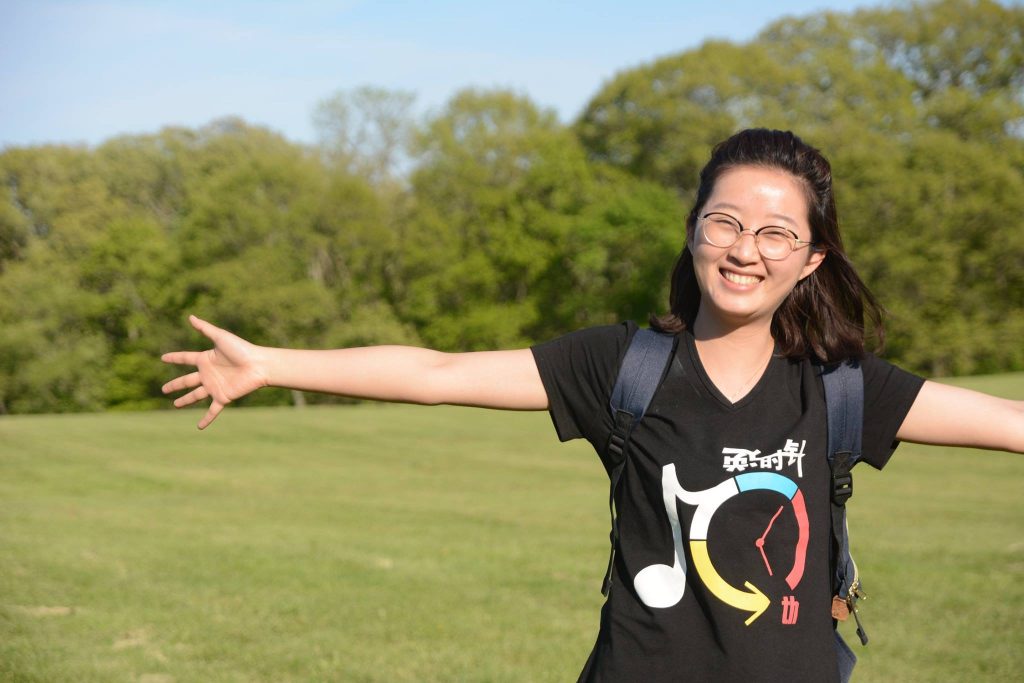 True crime nonfiction (podcasts, series, films) has long been a house on fire. Even with a glut of material, no matter how podcasters and streaming services try, they haven’t strangled the subject matter: Crime is in the bones of storytelling.

Stylistic approaches have moved from reportage to genre approaches, but aficionados savor transgressor and transgression. True crime remains stubbornly within folk tradition: whatever the vehicle of transmission, it is only a jar for fireflies.

And, increasingly, for deeply personal explorations. Jiayan “Jenny” Shi wasn’t making product when she discovered the mystery of the disappearance of twenty-six-year-old Yingying Zhang, a talented young Chinese woman who came to study at the University of Illinois, intending to become a teacher and scientist. One day, she disappears.

Shi and Zhang both graduated from Peking University, and came to America as international students. (Shi learned of Zhang through a Peking University alumni group.) Shi’s clear, strong voice, instinctive use of personal archival materials and crisp storytelling elevates “Finding Yingying,” which is both mystery and an empathetic journey as Zhang’s family comes to the United States to look for their missing child (while Shi finds parallels to her own life).

“It was important to me that the camera creates a sense of respectful intimacy in showing the powerful emotional scenes with the family, both in the U.S. and China,” Shi has written. “I wanted to allow the audience to feel that they were experiencing the painful and challenging journey along with the family.” Alongside her knack for observational cinema vérité and the invaluable skill for this film as a native speaker of Chinese, as well as her own experience with language barriers and culture shock, Shi uses archival materials, including home videos and Yingying’s diaries, which Shi reads in her own voice. “It was critical to me that the focus of the film not be about the crime and Yingying’s death,” Shi says of her subject. “Instead the focus is on Yingying’s life and the resilience of the people who were left behind after this tragedy.” “Finding,” in the case of Shi’s film, takes on many meanings as the exploration progresses.

Shi, a director, producer and journalist, is an associate with Kartemquin Films, which is a co-producer of “Finding Yingying.” “I’ve been working on this first feature documentary since 2017,” Shi, number six on Newcity’s Film 50 list this year, told me recently. Among its many honors before this week’s nationwide virtual release was”Special Jury Recognition for Breakthrough Voice” through South by Southwest. “I also worked as a translator for the Academy-winning documentary ‘American Factory,’ and this year, I’m collaborating with a Chinese director on a COVID documentary from a global perspective.” 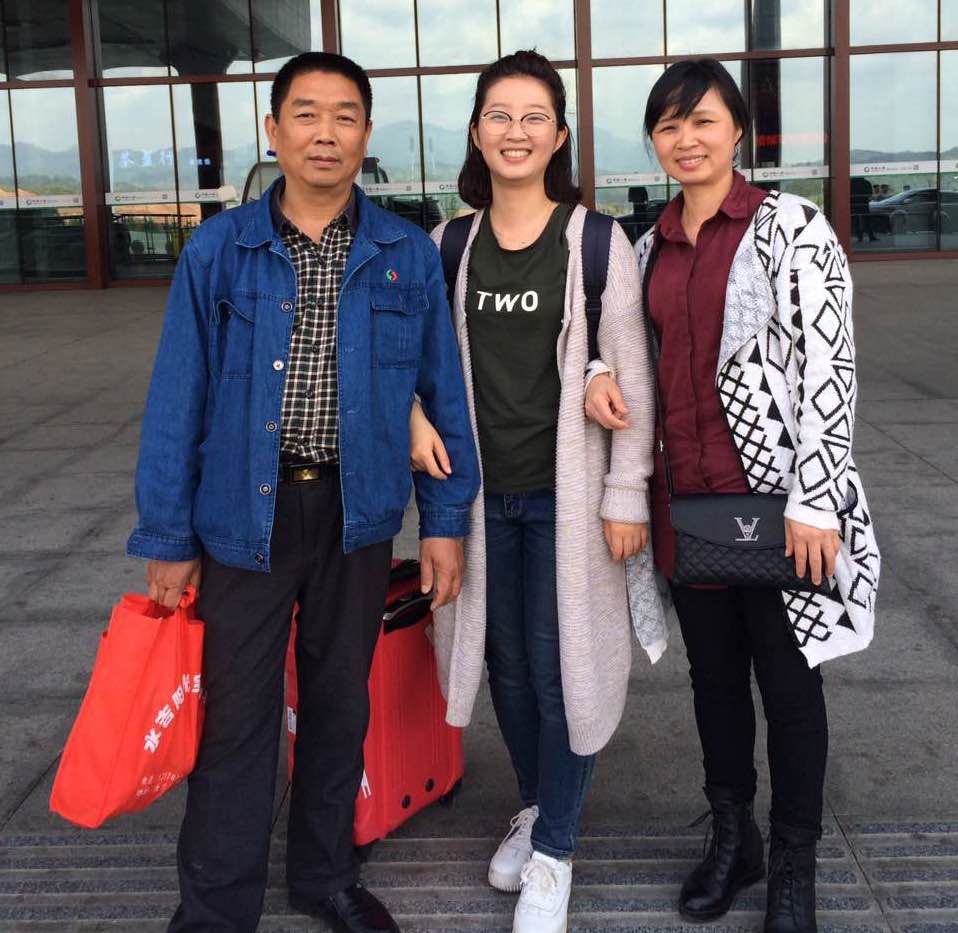 “My identity and perspective as an Asian woman play a key role in the stories I want to tell and the way I tell them,” she tells me. “’Finding Yingying’ is a great example. In Illinois, there are a large number of Chinese international students. As a former international student, I experienced many of the same feelings as Yingying,” Shi says of her identification with her subject, “balancing my ambition and determination while fighting my loneliness as I tried to overcome language barriers and culture shock. I hope this will help to build understanding and break the stereotypes many have of the ‘Chinese international student.’ As a young woman, I wanted to show how strong Yingying was as a person in a cultural context where female victims are usually dehumanized.”

Shi came to Chicago in 2016 for the graduate program at the Medill School of Journalism at Northwestern, and has stayed here since. “My life at Medill allowed me to learn the rich culture and history of Chicago, as well as people from different communities,” she says. “I love its inclusiveness and diversity, which is the inspiration for countless story ideas. After I graduated, I was humbled to be accepted to the Diverse Voices In Docs program at Kartemquin Films, which helped me bring ‘Finding Yingying’ to life and boost my career.”

Chicago, she says, is a second home. “I’ve met so many great filmmakers who’ve been guiding and supporting me, including Brent Huffman, Diane Quon, Gordon Quinn and Shuling Yong. To me, documentary filmmaking is about passion, courage and empathy. I will keep telling stories that I’m passionate about. I cherish the personal and community bonds that have been forged as I continue growing.”

Can the Chicago film community grow? “I’m proud to be a female filmmaker of color, and I’m so lucky to be surrounded and championed by a group of people who share the same values and respect the work from BIPOC. I look forward to working with more female filmmakers and filmmakers of color! But in general, I hope there will be more access to resources and funding. What’s more, for emerging filmmakers, it’s crucial to have systemic and continuous support, such as mentorship programs with veteran filmmakers. I hope Chicago will continue to discover and embrace new voices. For those Chicago-based foundations and organizations and institutes, which primarily support Chicago-based and Midwestern talents, not only investing in their projects, [I hope they will also be] investing in the long-term development of careers, and help filmmakers bring their work to national and international stages.” 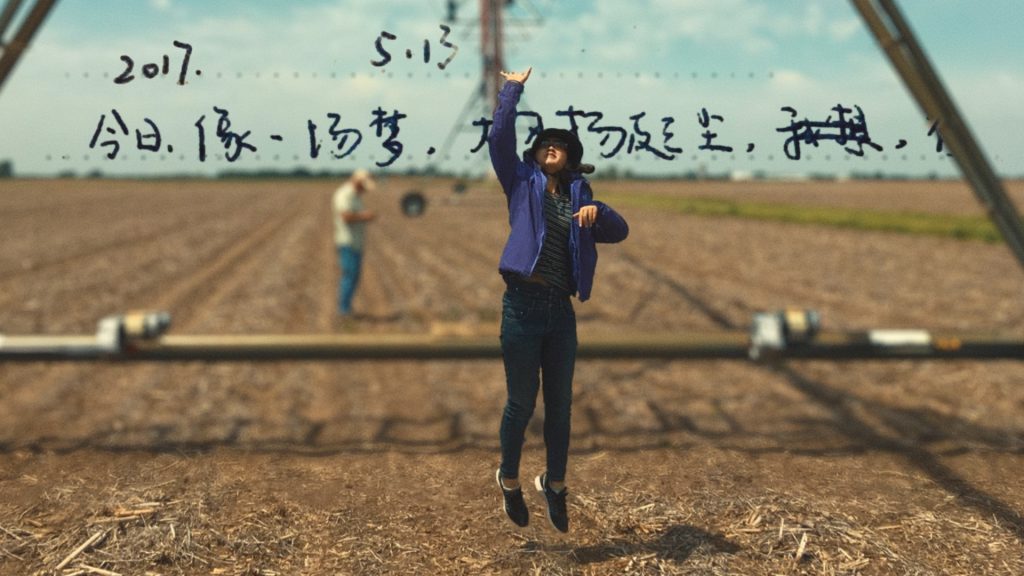 As “Finding Yingying” approaches release, Shi says that she’s “more optimistic than I was six months ago. The world premiere of ‘Finding Yingying’ was canceled due to COVID and I had to sit at home for months without knowing what was going to happen the next day. I’m grateful that the film is reaching its audience after festivals came back in virtual editions and MTV Documentary Films bought the film. In terms of the industry, there have been many conversations like how to adapt to the new work and living environment during the pandemic; how to distribute films and engage the audience creatively; and how to stand in solidarity in an increasingly polarized world. Most importantly, long-existing issues like privilege and power relationships in the industry have been brought up and examined constantly. I hope we will continue having such conversations as we explore the uncertainties ahead.”

“Finding Yingying” is available from Friday, December 11 through the Siskel Film Center.