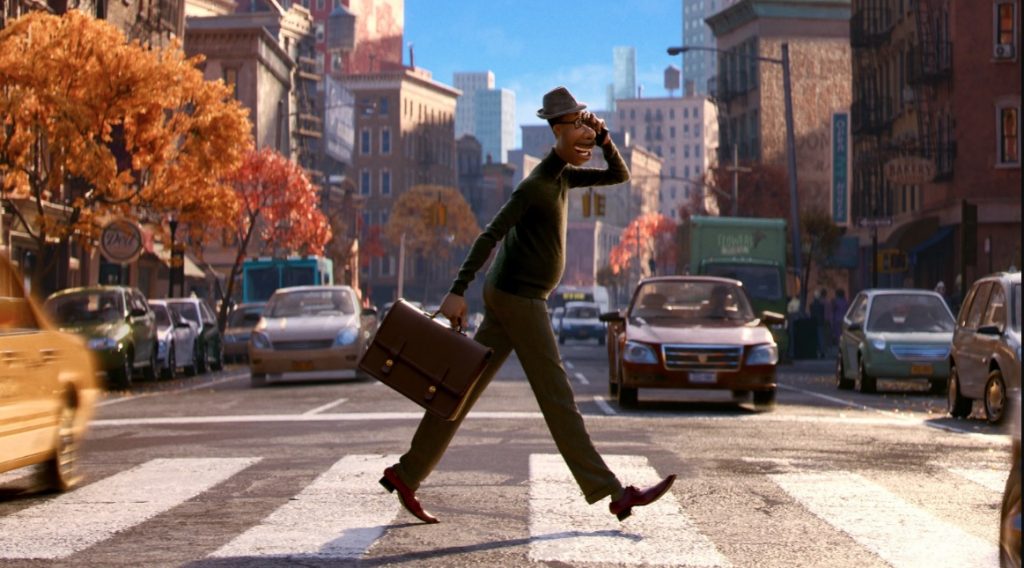 A succession of stumbles onscreen and behind-the-scenes at Pixar briefly suggested a future of sequels and “Cars 3,” “Cars 4” and “Cars 5” merch to keep the lights on at the Emeryville, California campus. But Pete Docter, Pixar’s recently anointed chief creative officer and director of “Up” and “Inside Out,” reverses fortune with the studio’s wildly imaginative “Soul.”

Starting with an idea Docter had when his son was born two decades ago with an unusually boisterous personality, Docter, playwright and co-director-screenwriter Kemp Powers (“One Night In Miami,” “Star Trek: Discovery”) and co-screenwriter Mike Jones burst the confines of expectations. Jazz musician Joe (Jamie Foxx) is in a mid-life rut; music is more than joy for Joe, it’s transcendence. He makes his day working as middle-school music teacher. But circumstances, as circumstances come to us all, befall Joe, in the slapstickiest of ways: the fate of an open manhole. But this accident leads Joe to realms of possibility, of consciousness, that land him in a zone called The Great Before, where he must lead another soul toward their creation. That’s Pixar at its best: a conceit that is not only unlikely, but from the sound of it, impossible to execute, let alone deliver. But the tapestry thrills and amazes even when it can’t reconcile the hyperreal real world of Joe and the soulful otherworld in which he lands. 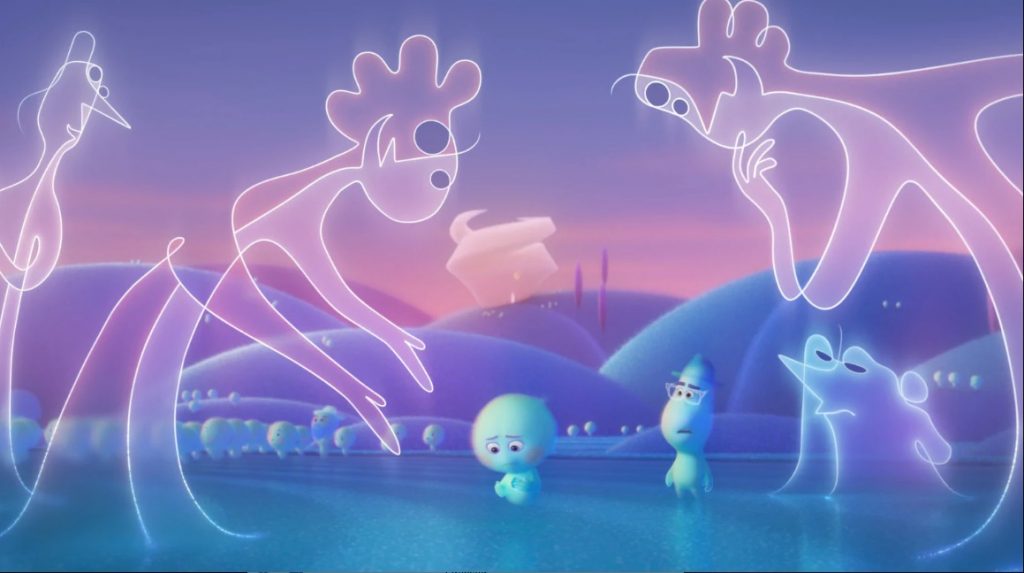 Character observation and detailing throughout are as sharp and rich as can be, delighting in possibility. It’s heavenly screwball. The bursting score is by Trent Reznor and Atticus Ross. “Soul” is a consummate beauty, sublime at so many moments, and a big-screen marvel. Still, the dichotomy of its planes of existence may function like “Wall-E” for some viewers: Do you prefer the real world or the otherworldly realms? Joe’s real world is pretty great. Rather than waiting for theaters to reopen, “Soul” is debuting exclusively on streaming. Including the voices of Angela Bassett, Ahmir-Khalib “Questlove” Thompson, Phylicia Rashad, Daveed Diggs, Graham Norton, Alice Braga, Richard Ayoade. 106m. (Ray Pride)