Insolent, confident and turn-on-a-dime, British actor-writer-producer-director Emerald Fennell’s “Promising Young Woman” is a bold firestarter and potential conversation–stopper. Neither filmmaker nor protagonist are shrinking violets. (Her earlier work includes the role of showrunner for the second season of “Killing Eve.”) Brassy, even lurid colors and decor, heightened by an aggressive use of music, confound genre boundaries.

Steely calm Carey Mulligan plays Cassandra, of Cassie, a medical school dropout who warns her world and warms to the role of one-woman avenger against sexual assault. Cassie’s role-playing by night as a seemingly intoxicated woman in bars and clubs is a ritual that does not cleanse. An author applying the name “Cassandra” tempts pallid polemic, but Fennell’s aggressive telling rises above the dearly didactic. There’s poppiness to gobble, there’s shine in the dark. The axe is sharp. 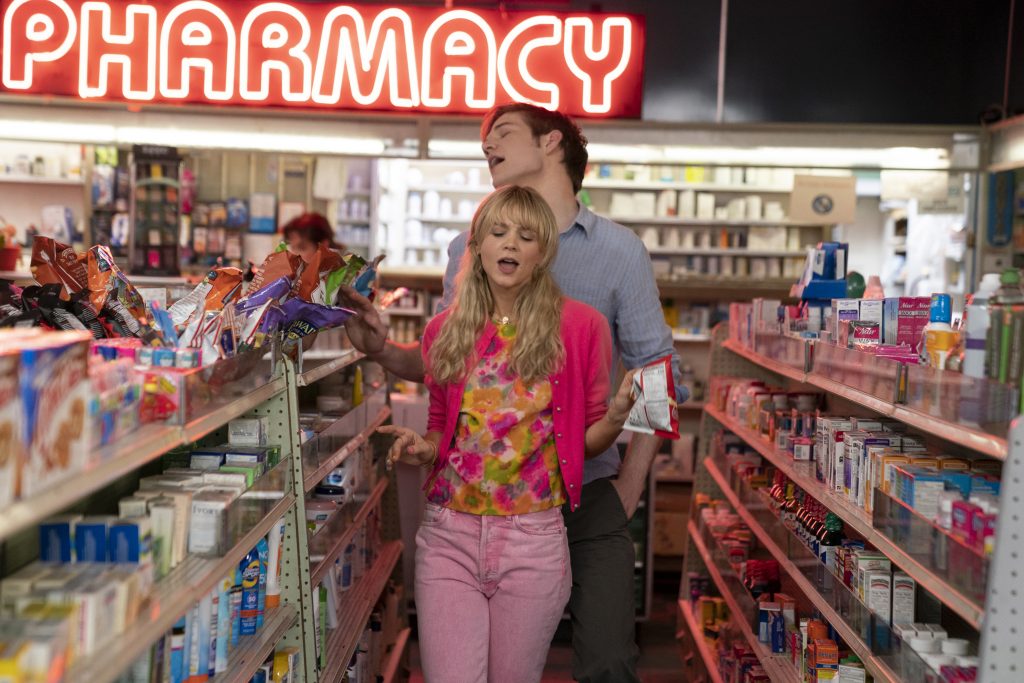 There was a similar dynamic in the form of David Slade’s “Hard Candy” (2005), featuring a so-young Elliot Page, in which sins are practiced upon the sinner with cold rebuke, but Fennell’s less interested in the protracted application of the laser than in keen appreciation of the delicate art of the bazooka. Comic thriller or cold revenge tale? Fennell wants it all. Style is ladled atop fury. “Promising Young Woman” is as jaunty as the sounds of the songs we hear, sweetly discordant atop the mission at hand. The brew could be discomfiting to some, thrilling to others. It’s fucked up. And that’s a good thing. With Bo Burnham, Alison Brie, Laverne Cox, Connie Britton, Adam Brody, Jennifer Coolidge, Christopher Mintz-Plasse, Molly Shannon, Clancy Brown. 108m. 2.35 widescreen. (Ray Pride)