The fragrant “The Truffle Hunters” opens this week, along with “Godzilla Vs. Kong,” which the internet prays doesn’t stink; Stanley Tucci searches for Italy while both the “Falcon and the Winter Soldier” search for meaning and the key to their part in the Marvel Metaverse; five recent Chicago indie pictures stream via the Music Box; Miranda July and Jennifer Reeder hold a virtual parlay, free to all comers; Mike Leigh’s “Secret & Lies” arrives in a digitally restored version and Leigh tells Ray Pride about his vivid and necessary location work in all his movies; plus a passage of Alan Moore having his way with all these latter-day superhero pageants.

“The Truffle Hunters,” along with “Gunda” (opening in April), was one of the two best long-listed nature-aware Best Documentary Features to be overlooked on Oscar-nomination morning. Keenly observed and gorgeously shot, Michael Dweck and Gregory Kershaw’s brief encounter flows through the forests of Piedmont, Italy, meeting the endangered animals and elderly men who seek the white Alba truffle. The world warms, forests are endangered, the men age, the delicacy grows more desirable worldwide. More important of the virtues of “The Truffle Hunters” is the whiff of the men’s sustained, endangered way of life, as well as that of their dogs: stop and smell the truffles. In theaters including Landmark Century, March 26.

WarnerMedia set a Wednesday bow for its HBO Max attraction “Godzilla vs. Kong,” which is also released in theaters: commentary after the release of the most recent trailers for Adam Wingard’s first immensely budgeted movie rollicked with giddy anticipation for a huge canvas that could well be dynamic and daffy. March 31. HBO Max for 31 days; Music Box, ICON and other theaters.

“Stanley Tucci Eats.” Why isn’t that the title? “Searching for Italy,” fine, fine. Produced on a less-extravagant level than series crafted by the late CNN prophet Anthony Bourdain, Tucci’s search for regional delicacies of sensual moment is sweetly personal in its essence. Limited series, CNN.

The first episode of “The Falcon and the Winter Soldier” was not just product, but a tooled component of a product line that reaches to the horizon and beyond, that ever-lovin’, uber-ouroboros Marvel Studios metanarrative, swaddled in rat-a-tat-tat attitude as atmosphere—alternating grief with wisecracks—and fealty to military saviors, a world of warfare without end, and massive weapons expenditure. The dialogue is dire, such as this patch from a glib young tech consultant the Falcon consults at a sidewalk café somewhere in the Middle East. “I’ve been stumbling onto their manifestos on message boards, they call themselves the ‘flag smashers.’ Essentially, these people, they want a world that’s unified without borders. So you can see why a lot of people are into that. I’ll track the online chatter, see what they’re saying.” Plus wisecracks. (Moments after a character is identified at a family barbecue as “Uncle Sam,” he meta-dad-jokes of his patch of homeland, “You gotta marvel at it.”) And grief. (Characters that have not yet come back to life are mourned, mournfully.) Plus poker-faced cries for saviors, whether in pairs or packs: “We need new heroes, ones suited for the time we’re in. Symbols are nothing without the women and men who give them meaning.” (Well, yes.) The sprawl of the library of all that is Marvel product burns with a mighty, if tame fire. As to be expected. Limited series, new episodes weekly on Disney Plus.

“Zack Snyder’s Justice League” is real, it’s here; it’s sweaty, it’s light-averse, it’s wrapped up in the world-shattering crises of a rippling retinue of troubled, torn superheroes, almost all of which are called upon to finally face their relationships with their fathers. Many expectations are met, for both naysayers and fans, not limited to the previously trailered appearance of Jared Leto’s lavish lipstick and facepaint as The Joker. Zack Snyder’s Cloacal Apocalypse, although shot only a couple of years ago, feels of another eon, in its self-seriousness, slow-motion and serene profligacy, and also like its final cost in the hundreds of millions constitute the studios’ “last blockbuster” but we still have “Avatar” II, III, IV and V to shrug on that mantel as the decade progresses. Expository dialogue is more crunchy than nifty, although party banter can always be lightened by dropping the occasional “And some… call me… Martian Manhunter.” For the smartest “Yay-go-Zack!” take I’ve read, sample Bilge Ebiri at Vulture: “The Snyder Cut has its share of problems—when you get the best of Snyder, you also get the worst — but it’s an undeniably passionate and moving work. It earns its self-importance.” HBO Max. An IMAX release of the super-square picture may occur someday.

not only will I almost certainly never see any version of Justice League, but I will absolutely never read anything about it because, and let me be clear, life is short, fragile, and precious, and I l just do not care 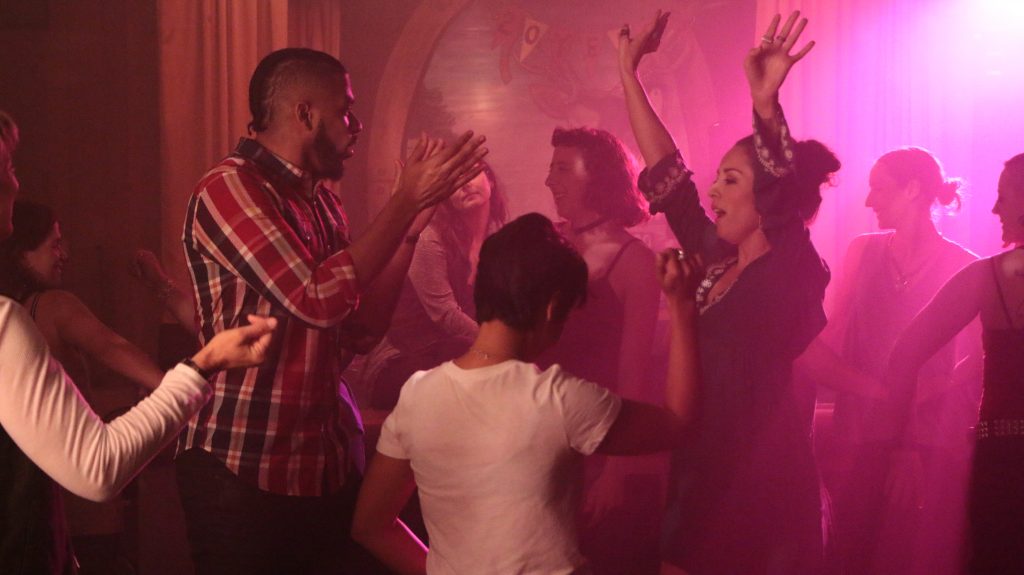 Five recent local independents get a berth under the Chicago Filmmaker Collection label at Music Box Direct: Newcity Chicago Film Project’s streets-of-Chicago-shot dreams-within-dreams drama, “Dreaming Grand Avenue,” by Hugh Schulze, streams via Music Box Virtual cinema beginning March 26, as does Jennifer Reeder and Fawzia Mirza’s multi-culti wrestling lesbian romcom, “Signature Move.” Michael Glover Smith’s “Mercury in Retrograde” is included, as well as Molly Hewitt’s “Holy Trinity.” And: Kyle Henry’s 2018 drama “Rogers Park,” which Henry and I talked about at the time of its original release. (Henry workshops his material in a way akin to British filmmaker Mike Leigh.) Of American independent filmmaking, Henry said, “I’m inspired by Left Bank filmmakers like Varda and Malle, who worked in a variety of forms and lengths throughout their career. I think there will always be a place for long-form one-off narrative fiction films. Perhaps it’ll go the way of opera or ballet or dance and be a patron- and nonprofit-supported art form, but it will always have a place in human consciousness.” (There’s more information on each of the filmmakers in past editions of the Film 50.) Music Box Direct, starting March 26. 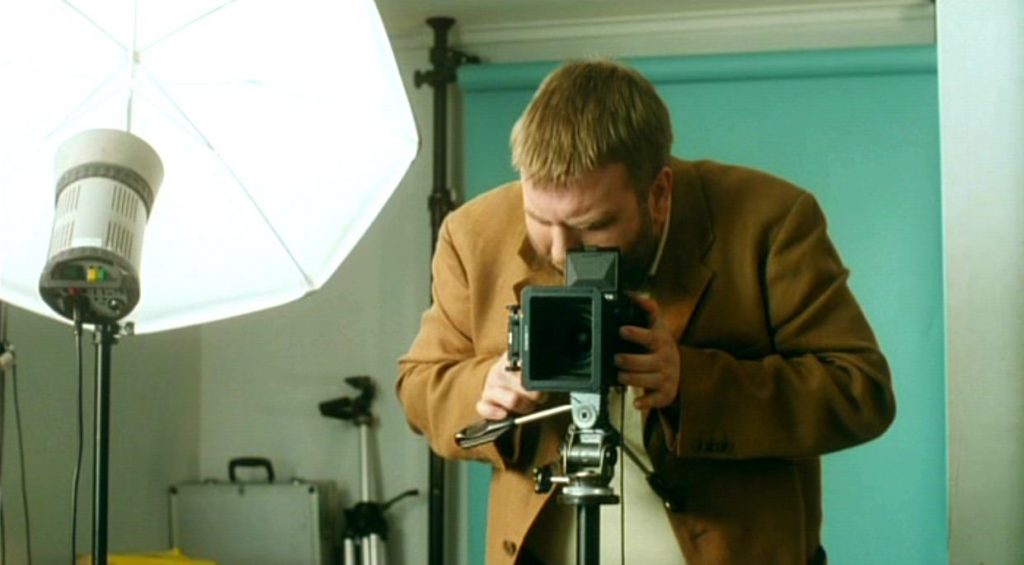 Mike Leigh’s films survey the quotidian even at their most extravagant depths or heights, life as it is lived, lunch as it is eaten, in each of the many productions assembled in his painstakingly rehearsed fashion. “Secrets & Lies” (1996), a moving drama about loss and discovery, was a breakthrough with audiences, especially after 1994’s beautifully mounted howl of despair “Naked,” a thundercrack of a masterpiece that Leigh described to me as being “about family, in the sense it is about people who need to belong, who are disconnected and alienated.” Connection matters amid the chaos of “Secrets & Lies,” released on Blu-ray in a 2K digital restoration this week. Leigh always provides a splendid, lived-in sense of place. Why is location important, I asked him at the time, expecting one of his customary gruff answers, but he liked the question? “It just is. You see… For all that you’ve read and that everyone says, of course I make films about people, it’s about character, it’s central to the whole thing. I’m equally concerned by fundamental instinct and by impulse, about making films about place as well as people… about time, about seasons, about weather, about light, about the things that any poet would express in a poem. I would say about smell, except obviously you can’t deal with that in film. And so, on the work we do, it’s always very, very thorough and we’re very specific.”

What is the specificity of that work? “The specificity of what I do is important, of course, when I cast and of course, what world, very specifically, these characters are rooted in. So the organic, the inevitable relationship between person, between character and place, the way the locations are part, are characters in their own right, if you like, is all absolutely central and integral. Of course, that isn’t to be confused in any shape or form with the notion that I’m concerned with making films about the specific environment or world, which is to say, you know, nearly all the films I have made have been shot, and therefore set in London. Only because we could never afford to go anywhere else! Because the costs that are involved are preclusive. I’m now being called ‘cinema’s London poet,’ all this kind of stuff. Given that that’s what we’re doing, I simply drop anchor and say, ‘Okay, fine.’ But actually, the stories to be told are many and various. [No film of mine] is concerned with being about London as such, not ‘Naked’ or ‘Secrets and Lies” or anything else. I hope that the films are universal, every story, every novel has to have its specificity and that’s its milieu.” Criterion, March 30, Blu-ray; Streaming on the Criterion Channel.

A timely thought as screens small and large burst and bloat with superheroes seeking sanity in the world they perceive. Sixty-seven-year-old magus Alan Moore long ago cut himself loose from the comics that made his name, and only rarely talks about them now. Launching a project over which he and his collaborators exact creative control, Moore spun at Deadline in October 2020: “That adds another layer of difficulty” to making work. “I haven’t seen a superhero movie since the first Tim Burton ‘Batman’ film. They have blighted cinema, and also blighted culture to a degree. Several years ago I said I thought it was a really worrying sign, that hundreds of thousands of adults were queuing up to see characters that were created fifty years ago to entertain twelve-year-old boys. That seemed to speak to some kind of longing to escape from the complexities of the modern world, and go back to a nostalgic, remembered childhood. That seemed dangerous, it was infantilizing the population.”

Moore suggested that the search for singular heroes could result in leaders of posturing menace instead. “This may be entirely coincidence, but in 2016 when the American people elected a National Socialist Satsuma and the UK voted to leave the European Union, six of the top twelve highest-grossing films were superhero movies. Not to say that one causes the other but I think they’re both symptoms of the same thing – a denial of reality and an urge for simplistic and sensational solutions.”