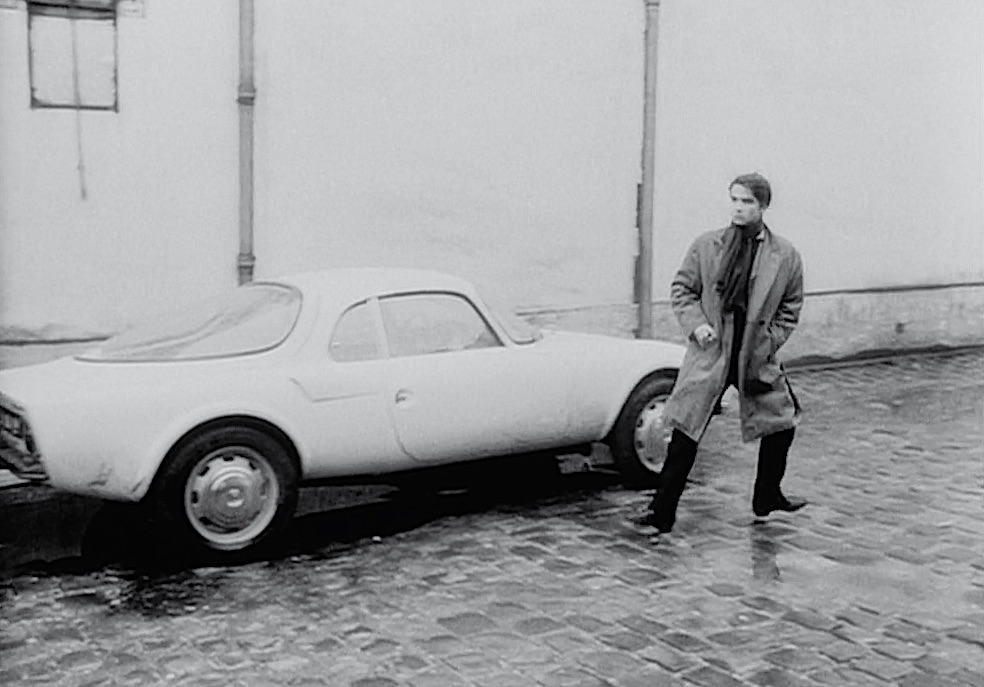 Victor Kossakovsky welcomes us to sow business in his wondrous, wordless black-and-white life of a brood of pigs in “Gunda“; “Mortal Kombat” is back, as if it ever went anywhere; Adam McKay considers whether Aaron Sorkin is a right-winger in comparison to him but comes out on top as producer of John Lurie’s modest, magical “Painting with John.” Criterion upgrades 1966 “Masculin Féminin” and its features to Blu-ray and Kino Lorber’s got Mel Brooks’ “Spaceballs“ and “The Producers” in new Blus.

A further iteration of “Mortal Kombat” is in theaters and on HBO Max for thirty-one days.

“Gunda,” Victor Kossakovsky’s lyrical, compelling monochrome nonfiction beauty about the lives of a large pig, her piglets and their barnyard buddies, opens at the Music Box. From this month’s film feature: “Kossakovsky contrives the textured story of field and the farm and the barn: seriously big pig, her newborn, soon thriving brood; waves of glaring yet cold-eyed cattle, the glory of a curious and curiously mobile one-legged chicken. There’s a purity in the results of ‘Gunda’ that is parallel to that provided by Werner Herzog’s gimlet eye: look into nature, and let nature look back at me. (No abyss, this.)” Read more here. 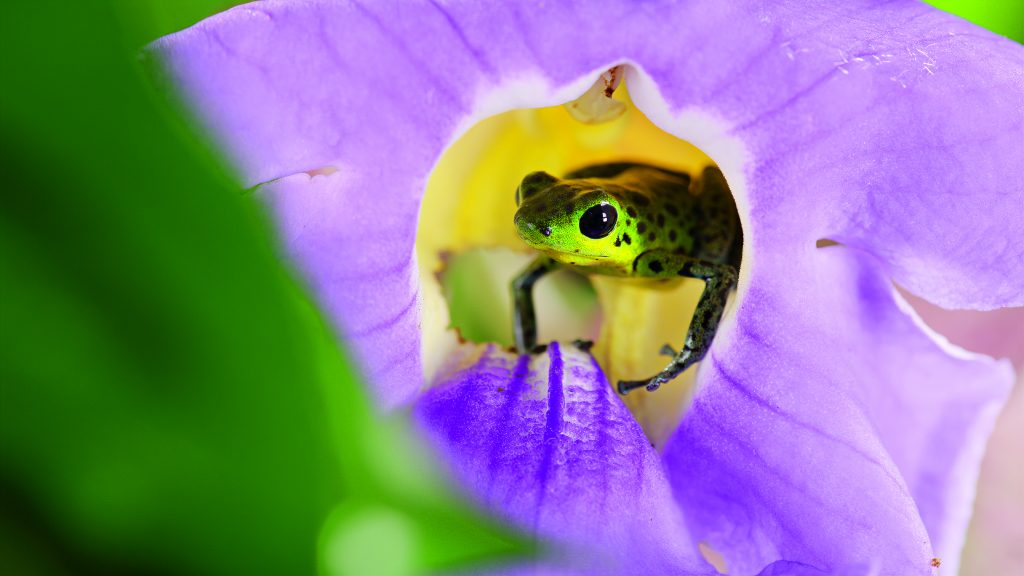 The dart frog co-stars in “Life in Colour with David Attenborough.”

“David Attenborough travels the world from the rainforests of Costa Rica to the snowy Scottish Highlands to reveal the extraordinary and never-before-seen ways animals use color” reads the Netflix promo copy for “Life in Colour with David Attenborough,” which I haven’t seen yet, but the series offers a chance to take a good look at this clever lad, the dart frog. Netflix. 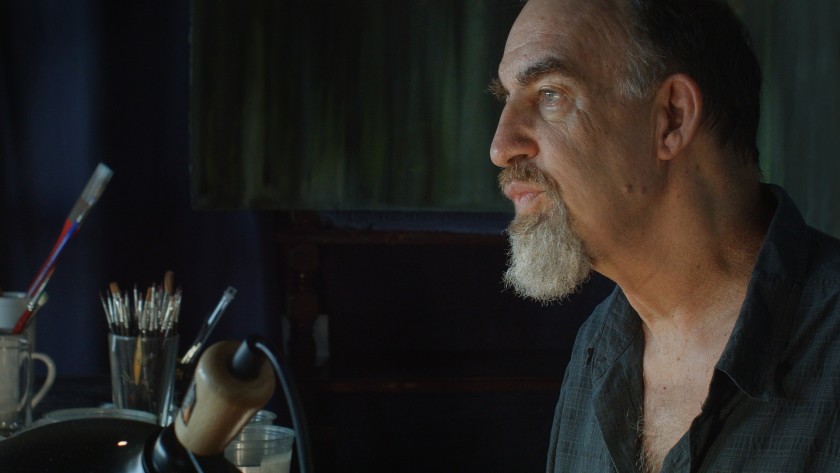 John Lurie in “Painting With John”

Writer-director-producer Adam McKay got quoted and aggregated a bunch from an interview with the New York Times magazine earlier this week about the balance of politics to comedy in his work, and it was flagged by what he said about writer-director Aaron Sorkin (“The Trial of the Chicago 7”): “I like Sorkin. I get along with him. I’ve had many conversations with him. He’s an institutionalist. That’s what I would say about him. It does sound on the face of it like an insane statement, but I was thinking that ideally Aaron Sorkin would be the right-wing version of me. Aaron Sorkin’s not a right-winger, but our right wing is so crazy—it’s like if Aaron Sorkin, I and a member of the Taliban are in a room together, of course both Aaron Sorkin and I are left-wingers. But in a dream world Sorkin and I would have constructive, interesting arguments, and he would be slightly more right and I would be slightly more left. And I’m not in any way comparing my career to Aaron Sorkin’s. He’s a brilliant, wildly accomplished writer. We’re very different animals.”

The sweet note in the interview comes from McKay’s reflection about another, very different animal, John Lurie, whose simple yet effortlessly deep limited series—six episodes of twenty minutes each—is on HBO. Here’s how McKay answers a question about “ideas” versus “entertainment”: “It’s something I’m constantly wrestling with. I don’t think there’s any question that something that’s just beautiful in its own right has a power that may be more powerful than directly addressing issues. Here’s the funny thing: Of everything you listed, ‘Succession,’ ‘Big Short,’ ‘Vice’ or stuff we’d produce like ‘Q: Into the Storm’ or ‘537,’ the show that for me as a viewer may have meant the most was ‘Painting with John.’ It’s a man in the jungle doing beautiful paintings and talking about his life. That might be the one that was the most powerful. So I think the answer I’ve come up with lately is that all of it’s great. All of it should exist.” John Lurie wrote, directed, painted, reflects and refracts in “Painting with John” on HBO.

“We are the children of Marx and Coca-Cola”: how many impertinent manifestos or pop-art pop-tarts came out of the inspiration of that single tossed-aside line in “Masculin Féminin” (or, “Masculin féminin: 15 faits précis”), Jean-Luc Godard’s the-kids-are-revolting groundbreaker from 1966. His pop telegram seems never to age; a jagged essay, broken into fifteen parts, about the self-absorbed, radical-chic French kiddos of the mid-1960s, is wholly topical, prescient yet enduring. Fifty-six years on—“Masculin Féminin” was shot in late 1965—its melancholy suffuses the radiant, obstinate, hardly formed features of actors like Jean-Pierre Leaud and Chantal Goya. (The shaved bones of Leaud’s cheeks; Goya’s latitude of ecstatic bangs.) Leaud’s impassioned twenty-one-year-old writer falls for pop chanteuse Goya; a magic kit bag of cinematic discontinuity ensues, as well as a few of the most memorably obnoxious, bratty, unforgettable characters in their early twenties you could know outside your own circle. (They’re smarties, but the smug characters have been in more than a few of its audiences across the decades.) The new 4K digital restoration was approved by cinematographer Willy Kurant. (Kurant is a mere pup of eighty-seven to the still-prolific Godard’s ninety years.) Extras include footage from Swedish television of Godard directing the “film within the film” and a piquant essay by film critic Adrian Martin. Criterion Blu-ray, $40. Streaming on Criterion Channel.