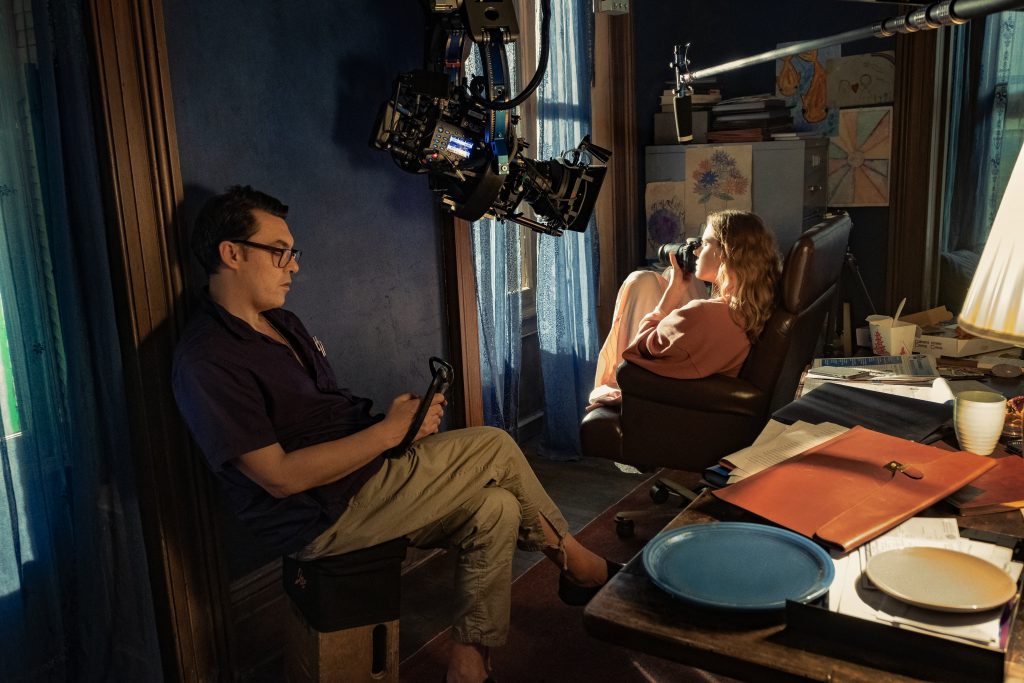 “Woman in the Window,” director Joe Wright with Amy Adams

1
Profile
(Opens Friday, May 14)
Russian-Kazakh director-writer Timur Bekmambetov has produced uncanny thrillers that take place within the confines and world reach of a computer screen, including “Unfriended” and “Searching,” which he calls “Screenlife.” “Profile” premiered in 2018, but its terrorism tale within an eternal online life may turn out fresh as can be.

2
Cruella
(Theaters and Disney Plus, starting May 28)
Is there any need for an origin story for Cruella de Vil? Maybe if it stars Emma Stone, under the madcap hand of Craig Gillespie (“I, Tonya”) with florid production design by Australian eye and hand Fiona Crombie (“Top of the Lake”).

4
A Quiet Place Part II
(Opens Friday, May 28)
Can one of the most inauthentic screen presences working today, John Krasinski, make a second shocking success from silence shtick as director (and now solo screenwriter)? Paramount thinks so: it’s one of only a few films that weren’t sold to streaming services during the pandemic.

5
Army of the Dead
(May 21, Netflix)
“Ocean’s 300”? Zack Snyder turns from dour power back to pop pow in a Vegas-set heist caper with virus-stricken zombies and a cast that includes Dave Bautista, Ella Purnell, Omari Hardwick and Tig Notaro.