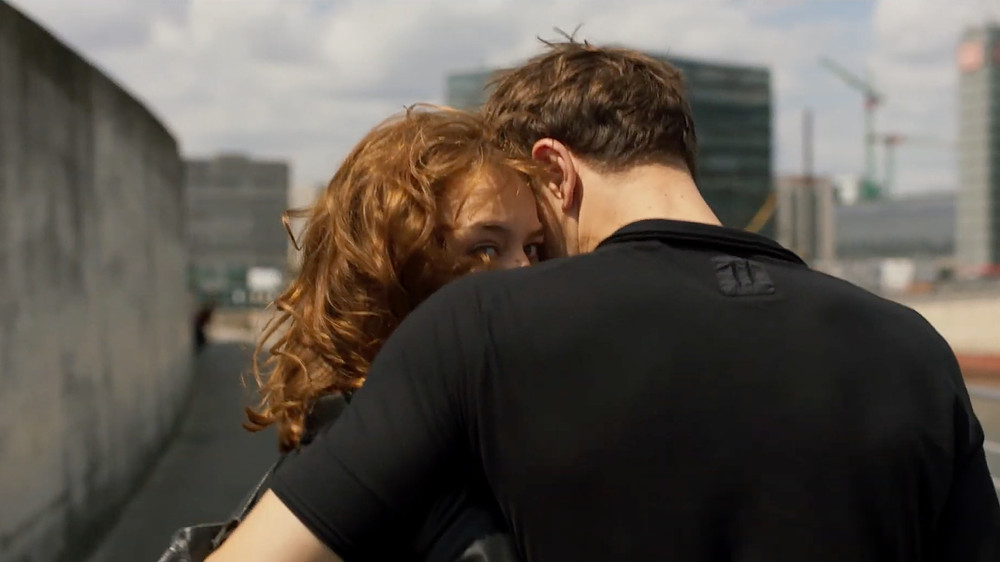 Studios, like moviegoers, are gaining courage: more movies to choose from, more theaters increasing their capacity, announcements of movies small and large in months to come. Third in the “‘Conjuring’ Universe,” “The Conjuring: The Devil Made Me Do It,” keeps Patrick Wilson and Vera Farmiga in the looks and bucks; and low-budget pandemic-by-another name thriller “Awake” drops on Netflix in the United States. Among virtual attractions: “Screwball thriller” “Slow Machine” at Facets and “Two Gods,” in which a Black Muslim casket maker in Newark takes two vulnerable young men under his wing, via Music Box Direct. And there’s also Jonathan Rosenbaum’s eight-film June colloquium, “World Cinema of the 1950s,” at Siskel. The June film feature is Christian Petzold’s “Undine,” a Berlin-set watery romance embracing a European myth that harks back to the Greeks.

“The Conjuring: The Devil Made Me Do It”

Prolific German director Christian Petzold hinted in 2018 when “Transit” was released that his current fixation was “a new trilogy about German romantic subjects of the nineteenth century, which still works today. The first is about water, next will be about fire, and the third is about earth.” His latest, “Undine” (2020) is water, and it’s also fire. Petzold remains an anatomist of the unsettling, the unbearable, the human heartbeat. Water is constant in his work—the windswept seaside of of his first feature at the turn of the century, “The State I Am In,” the pools in “Something To Remind Me,” the stern waters of “Yella”—translucent or opaque; battering or still—and “Undine” dives into watery myth that dates back to the Greeks, although in a modern setting: Berlin, a city of vast historical currents, built upon a swamp. A longer consideration of Petzold’s path to the swamp is here, the June film feature.

A killer pleads demonic possession in a murder case. Eighth in the “‘Conjuring’ Universe,” “The Conjuring: The Devil Made Me Do It,” keeps those fine, serious, handsome actors Vera Farmiga and Patrick Wilson in dashing period duds and just-shy-of-hammy feats of serious performance as harried and married investigators Lorraine and Ed Warren. “The court accepts the existence of God every time a witness swears to tell the truth,” Ed Warren asserts. “I think it’s about time they accept the existence of the devil!” (New Line considers this the largest horror franchise ever, grossing more than $1.8 billion worldwide with the first two “Conjuring” films, as well as “Annabelle” and “Annabelle: Creation,” “The Nun,” and “Annabelle Comes Home.”) Opens Friday, June 4, in theaters and on HBO Max for thirty-one days.

Zeshawn Ali’s “Two Gods” is a portrait of a Black Muslim casket maker who takes two vulnerable young men from his community under his watch. “In an area of Newark where too many funerals commemorate tragically short lives, Hanif, an older man with a troubled past, works as a casket maker and ritual body washer. He is committed to his work and to his Islamic faith while also a dedicated mentor to Furquan, a confident twelve-year-old from a rough home and Naz, a seventeen-year-old who has his own struggles as a young Black man.” Shot in black-and-white, the film is “a lyrical meditation on the importance of community and passing down generational knowledge through faith, brotherhood and redemption” according to the synopsis from the filmmakers. Music Box Direct, starting Friday, June 4.

“Slow Machine” is “a fascinating work pitched at the intersection of American independent cinema and avant-garde theater,” Facets reports of the “eerie and grungy” shot-on-16mm “screwball thriller” that has been called a Brooklyn variation on David Lynch’s “Inland Empire.” The filmmakers tackle paranoia, surveillance and performance, and is directed by Paul Felten and Joe DeNardo; featuring Chloe Sevigny

A global event wipes the world’s electronics and takes away the ability to sleep in “Awake.” “Chaos ensues,” Netflix assures. “Only Jill, an ex-soldier with a troubled past, may hold the key to a cure in the form of her own daughter. The question is, can Jill safely deliver her daughter and save the world before she herself loses her mind?” Netflix, Wednesday, June 9.

The Siskel’s latest Talking Pictures series, “World Cinema of the 1950s,” presented by Jonathan Rosenbaum, begins its eight-film June run this week. The series, pairing classics with what the veteran film critic considers lesser-known masterpieces, provides “a suggestive and varied representation of the 1950s, a decade that began with the post World War II boom across the globe, that marked an era of great prosperity and change for the United States, and saw the start and end of the Korean War.” The movies hail from the United States, Italy, France, Denmark, Japan and Mexico; Rosenbaum promises to explore themes, genres and filmmakers alongside production details and historical context. Jacques Tourneur’s Joel McCrea Western “Stars in My Crown” (1950) kicks off on Tuesday, June 8, followed by Federico Fellini’s debut feature, the 1952 romantic comedy “The White Sheik” on June 10. More details and tickets here.