“In The Heights” plays like a big-screen word-of-mouth hit despite a modest return on its theatrical opening weekend (simultaneous with thirty-one days on HBO Max). We’ll see if its returns grow bold at the Music Box and other moviehouses: It’s hot across America and director Jon M. Chu plays it cool. Edgar Wright has a jolly droll time with influential chameleons Sparks in his wry, sunny documentary, “The Sparks Brothers.” Another Pixar animation, “Luca,” goes directly to Disney Plus; “Rita Moreno: Just a Girl Who Decided To Go For It” captures iconic charisma; and a fistful of powerful projects punch at the wickedness of the opioid tragedy: “Mare of Easttown,” Alex Gibney’s seething “Crime of the Century” and Nicholas Jarecki’s melodramatic labyrinth, “Crisis.” Plus: the eighteenth African Diaspora Film Festival—Chicago.

“The best British band to ever come out of America,” one of the many, many stars of stage and radio say of Sparks in Edgar Wright’s documentary, “The Sparks Brothers.” The decades of playful experimentation by the still-active septuagenarian brothers Russell and Ron Mael are given ample play in an understatedly jubilant love-fest that includes one musician-actor saying, “Honestly, I don’t wanna see this movie I don’t wanna know too much about them.” Film director James Gunn also looks toward the science-fiction prospect of these persistent innovators, provocateurs and California-bred raconteurs. “I didn’t know anything about Sparks when Edgar Wright showed me his documentary,” tweeted Gunn, “watching it was like falling into this magical, science-fiction otherworld of one of the world’s greatest bands. I absolutely LOVED it; and it’s even better if you don’t know them.” Wright, who appears onscreen as an interviewee identified as a “fanboy” has a lot of fun with captions and stock footage and all the conventions of rock documentary, including the elephantine-to-some 140-minute running time. It’s not as long as Bob Dylan’s “Renaldo and Clara,” but it’s a lot more fun. Dylan and the Mael brothers are equally avatars of “the old, weird America,” to cop Greil Marcus’ phrase. There’s a lot in those five decades, including ample testimony in this celebration that Sparks, as the tagline goes, are “your favorite band’s favorite band.” In theaters.

In “Rita Moreno: Just a Girl Who Decided To Go For It,” the eighty-nine-year-old Puerto Rican supernova with a seventy-plus-year career and co-star of “West Side Story” (1961) and “West Side Story” (2021) talks about her decades-long career. She’s an EGOT winner—holding an Emmy, a Grammy, an Oscar, a Tony—and has a wealth of stories to tell and experiences to relate. In theaters.

One more Pixar picture, “Luca,” is transferred from theatrical release to Disney Plus, this time as part of the standard monthly fee with no extra charge to subscribers. Set in a seaside town on the Italian Riviera, “Luca” is a coming-of-age story “about two friends’ summer of unforgettable fun that’s threatened by their deeply held secret: they are sea monsters from another world.”

Big believer here in the specific-suggests-the-universal: that simple equation is part of what makes “In The Heights” so valuable, so good, and not a “lesson” at all: it’s…. universal. “In the Heights” says it out loud and plays it well, that we must notice and recall the “little details that tell the world we are not invisible” as Jon M. Chu’s film expressively explores the inexpressibility of home. (That home is America.) Its bookend scenes, as the protagonist tells the story to a group of children on a fantastic island in the here-and-wow, of home, of location, pair as fairytale beauty, a delicious framework to a dancing, singing, thinking celebration. And then its perfect, perfect final second-and-a-half is graced by a so-sweet post-credits sequence. Chu knows how to build the satisfactions of a sweeping tapestry toward a fantastic feeling to leave on. Even the most musical-musical gravity-defying gyroscopic number remains understated. Camera movement captures two lovers in an impossible duet across the face of the building, and yet Chu’s camerawork that leads them in and out of the moment is assured, bold, the gestures majestic, yet the story, a boy, a girl, dancing, singing, loving. In theaters and HBO Max for thirty-one days.

The eighteenth African Diaspora International Film Festival—Chicago presents virtual screenings, exclusive to the Midwest, of fourteen narratives and documentaries from thirteen countries, all Chicago premieres and leaning toward female perspectives. “Since its inception, ADIFF has spotlighted culturally and socially meaningful feature and documentary films about the human experience of people of color all over the world,” the ADIFF writes, the films exploring “the full humanity and range of the Black and Indigenous experience, giving a multidimensional voice to often misrepresented and misunderstood realities and peoples. Titles in ADIFF Chicago 2021 come directly from important domestic and international film festivals such as Tribeca, Toronto, Berlinale, Durban, the Pan African Film Festival and The Trinidad and Tobago film festival. Others are independent productions made by filmmakers eager to share their message with an audience.” Streaming via Facets, June 18-24. 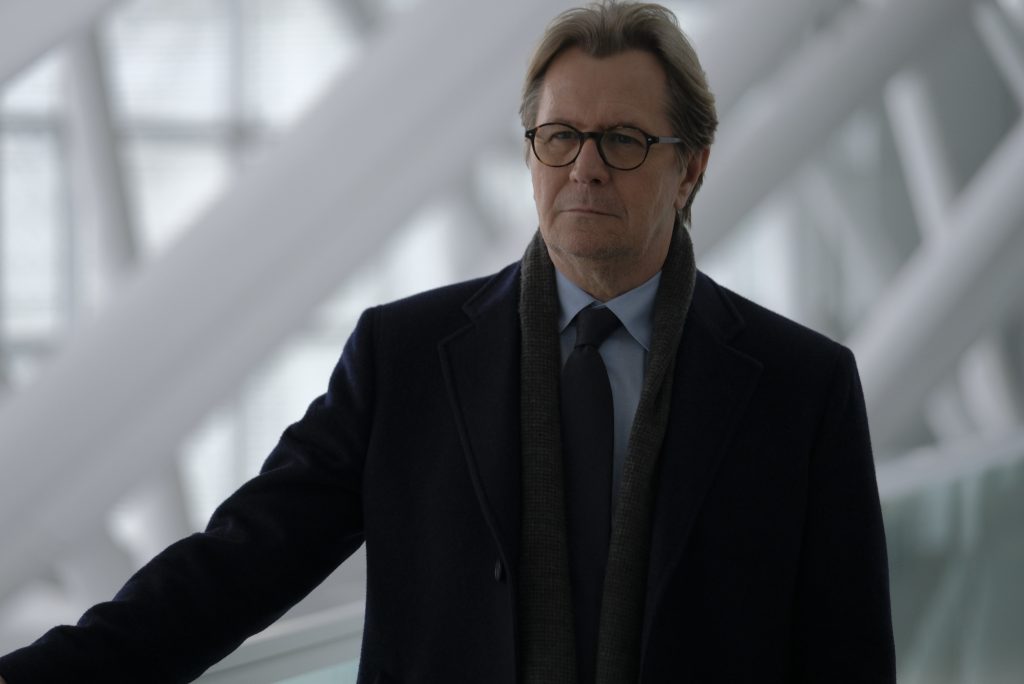 The Sackler family, the billionaires behind the Purdue Pharma empire, maker of OxyContin, recently got support for immunity from prosecution. “This development brings members of the Sackler family, some of whom own Purdue Pharma and served on the company’s board of directors, a step closer to winning immunity from future opioid lawsuits,” NPR reports. “According to legal documents filed as part of the case, that immunity would extend to dozens of family members, more than 160 financial trusts, and at least 170 companies, consultants and other entities associated with the Sacklers.”

How do storytellers depict such vast enterprise, such systemic failure? A flurry of recent work, nonfiction and fiction alike, takes disparate approaches to conveying the severity of the opioid tragedy in America that has taken more than half-a-million lives to date, including Alex Gibney’s incendiary, plain-talking, eventually devastating four-hour HBO documentary, “Crime of the Century” and Nicholas Jarecki, with his location-and-character-heavy mosaic-of-interconnected-lives drama “Crisis.” (Not to mention HBO’s pummeling “Mare of Easttown” tragedy, streaming in its entirety and download-to-own.)

I recently talked to Jarecki about the market lifespan of an out-of-another-era movie, a starry, location-heavy, issues-driven feature melodrama in the age of streaming miniseries, whether a parceled weekly indulgence or an hours-at-a-time gorging binge. How do you alert moviegoers to a punchy powder keg pitting Big Pharma and its talons against fumbling by the feds, starring Gary Oldman. Evangeline Lilly, Greg Kinnear, Michelle Rodriguez, Luke Evans, Lily-Rose Depp, Indira Varma, Kid Cudi, Martin Donovan and Armie Hammer? (Jarecki’s equally actor-favoring financial thriller “Arbitrage” from 2012, with Richard Gere, was one of the first visible hybrid release pictures, making a substantial gross that no one expected. From my review: “The world of ‘Arbitrage’ spins like a particularly toothsome Vanity Fair article, with the right amount of veracity dashed with darkness.”)

And not only, what genre, what ambition, do you apply to social collapse like the opioid tragedy, how does a film exist in the modern world? When I asked Jarecki about the pandemic-engendered hybrid release of “Crisis,” he was sanguine, but also upbeat. “It opened in theaters in England and Australia,” and despite its American release on streaming, then quickly to download and Blu-ray, “we’ve still only opened in twenty percent of the world. Italy just opened, but no numbers yet. We will open the rest of Europe over the summer. The movie was number one for ten days on iTunes in America and opened as the number one new release in Australia.” Jarecki and his backers are “still waiting on most other places” as the effects of the pandemic on film distribution are “endless.” A rare gift that Jarecki and “Crisis” have: backers who are willing to follow the tried-and-tested distribution model, with local theatrical distributors in multiple countries, rather than the one-shotgun-blast-and-done model that the streaming behemoths have blessed with their billions. “Crisis” is better than that, but so are many, many pictures stranded in the hopes for a “new normal” for moviemaking and moviegoing.