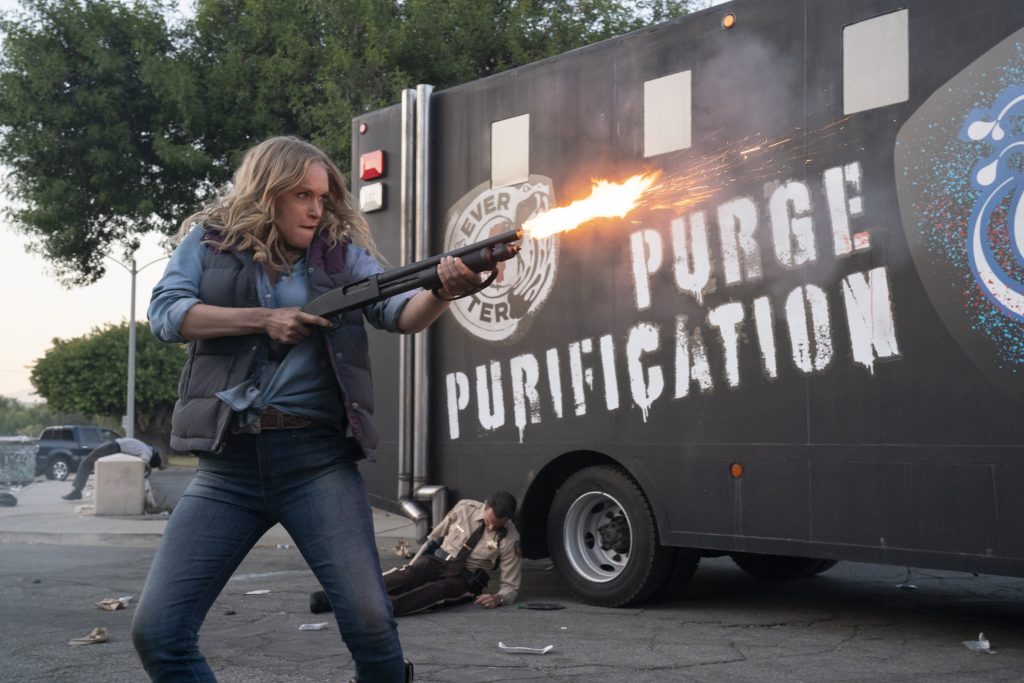 Fireworks burst on air the weekend of the Fourth: the road trip-head trip of “Zola“; the distance between the home and now in “I Carry You With Me“; another insurrection-flavored “Purge” installment, “The Forever Purge“; an all-termite oddball-star Steven Soderbergh neo-noir quickie, “No Sudden Move” (isn’t every Soderbergh movie a quickie?); Amazon Prime’s epic sci-fi “The Tomorrow War,” bought from Paramount for a tag reportedly north of $200 million; Questlove’s musical celebration of 1969’s long-overlooked “Black Woodstock,” “Summer of Soul“: short films by Gordon Parks streaming for free from the invaluable Chicago Film Archive; and the voices of “Truman & Tennessee.” And ten years on, Criterion has a Blu-ray edition of Dee Rees’ bold teen coming-of-age “Pariah,” which was also one of the earliest features shot by ace cinematographer Bradford Young. 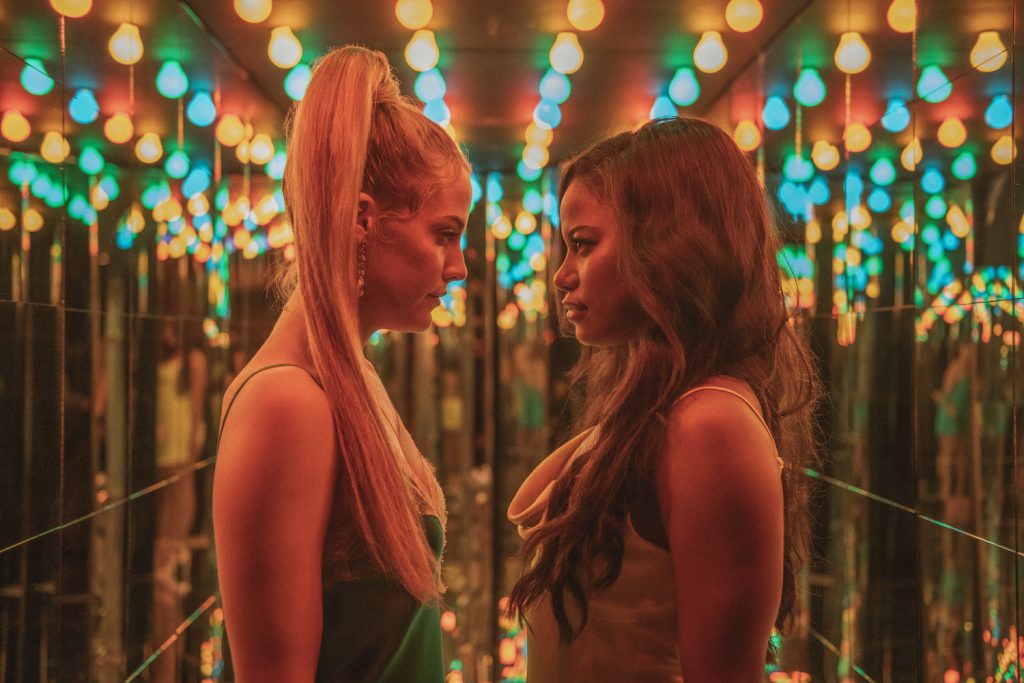 “Zola,” Janicza Bravo’s surreal second feature is a marvelous miniature, a confidently paced, absurdist adaptation of the now-notorious 148-tweet odyssey composed by Aziah “Zola” Wells in 2015, which began with what the thriller “Zola” makes into a refrain: “Y’all wanna hear a story about why me & this bitch here fell out? It’s kind of long but full of suspense.”

Money and guns and sex workers on a rocket ride to Florida mayhem: it’s “Bling Breakers,” kinda-sorta. Along with its other impertinent satisfactions, “Zola” fascinates as a study in authorship. “This is my M.C.U., my Marvel movie,” Bravo told the New York Times Magazine. Her directorial voice peals, but “Zola” is also a pluperfect exemplar of “The A24 Film.” Not to diminish the alternately comic and sinister mood of “Zola,” in any way, this largely satisfying, laugh-out-loud caper-comedy-horror: It’s Bravo’s movie through-and-through, but it is also a movie that sings not so much of influence as of kinship to core elements of “The Bling Ring,” “Spring Breakers,” “Waves,” “The Florida Project,” “Moonlight,” even “Climax.” “Zola” is a bifurcated test of movie “authorship,“ as a movie signed by a co-writer-director, written with playwright Jeremy O. Harris (“The Slave Play”), that also emphatically exhibits the hallmarks of its production studio, as much as any movie in the American classical era, from an RKO musical to a Warner Bros. gangster picture. And to be discernibly reflective of house does not mean “Zola” “derivative” or “unoriginal,” in the way those words are commonly abused: these are good kin.

The sound design (mix by sonic ace Leslie Shatz) bristles quietly, dreamlike and often urgent, such as the sounds of technology, incessant text pings like little angel peals. The score by Mica Levi (“Under the Skin,” “Monos”) quietly breathes and seethes. Australian cinematographer Ari Wegner, a proven adept of color and texture, shot on film; her work includes “Lady Macbeth,” the second season of “The Girlfriend Experience,” Peter Strickland’s “In Fabric” and Jane Campion’s current project. Another taste of authorship: Joi McMillon, who edited “Zola,” Bravo’s “Lemon” and “Moonlight,” was lead editor on Barry Jenkins’ mammoth “The Underground Railroad,” which also plays with formal devices and emotional registers and notions of duration. Hesitations, repetitions, fractured and sped-up editing: where am I? Is this really happening? What happens next? “This is messy, you are messy, your brain is broke!” The tension is delicious. In theaters. 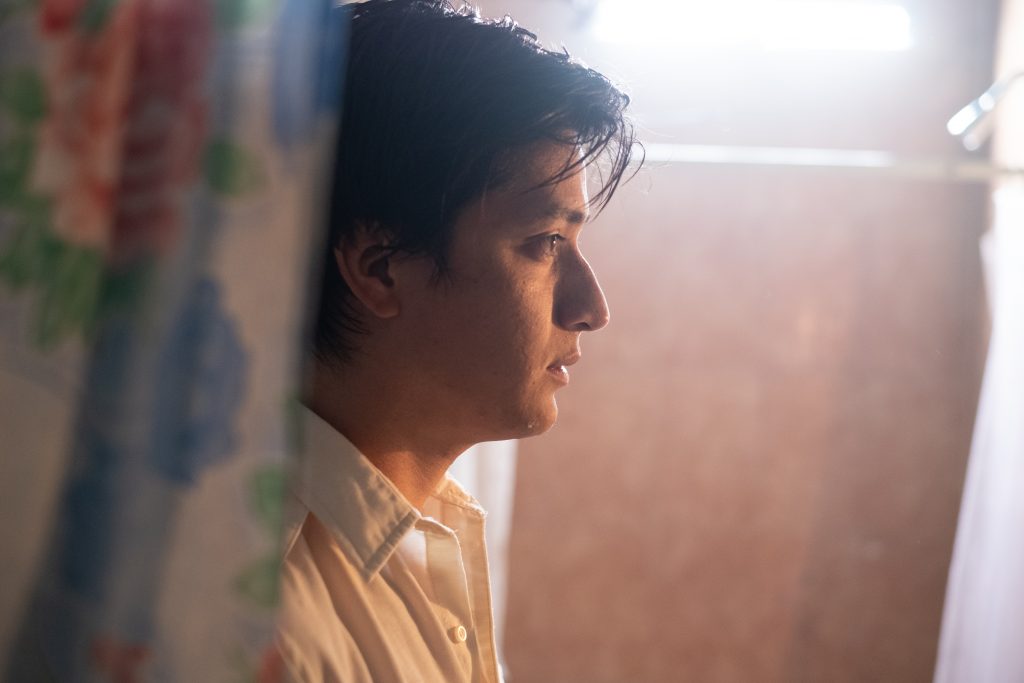 “I Carry You With Me”

Longtime nonfiction filmmaker Heidi Ewing (“Jesus Camp,” “Love Fraud”) took nearly a decade before finding the form of the gorgeously wrought “I Carry You With Me.” Based on the real-life romance of a pair of her friends who were separated by the border between this country and Mexico, Ewing’s fiction feature debut began as a collection of material and moments toward a documentary but wound up as a supple portrait across generations and decades of how two immigrants, aspiring chef Iván (Armando Espitia) and teacher Gerardo (Christian Vazquez) found and sustained their love, from Mexico (Mexico City, Puebla, Jilotepec, Zapotitlan and Lerma) and then to New York City. Unconventionally structured and dreamlike, yet sparkling with intimate, poetic instants, Ewing’s command of time and space and an indelible sense of place and grace sustain a resounding romance and a slow-motion illustration of the hard-won American dream. Music Box, River East.

There’s always insurgent political implication wired to the many movies (and television series) of the “Purge” series, and it looks like “The Forever Purge” will be no exception: the handful of images that have been released resemble the hand-to-hand, face-to-face confrontation of the “Walking Dead” series, but also painfully imply, just by existing in a parallel moment, the savage assault of the Capitol only six months ago. The morning after the government-sanctioned purge, an underground movement declares itself: the purge will never end “as the country spirals into chaos and the United States begins to disintegrate around them.” In theaters.

“Truman & Tennessee: An Intimate Conversation” twines the lives of gay, Southern writers Truman Capote and Tennessee Williams, relying not only on archival footage of the men in their element, such as on talk shows, and bits from movies made from their work, but with voiceover work by actors Jim Parsons (Capote) and Zachary Quinto (Williams). Filmmaker Lisa Immordino Vreeland’s brief, suggestive dual portrait captures both men’s personas at their most exuberant and their most acidulous and their most Southern: It’s a genial collage. At the Music Box and streaming via Music Box Direct.

Ahmir “Questlove” Thompson’s feature directorial debut “Summer of Soul (…Or, When the Revolution Could Not Be Televised),” which took the Grand Jury Prize and Audience Award at Sundance, constructs an account of the summer 1969 Harlem Cultural Festival in Marcus Garvey Park, a hundred miles south of Woodstock. Concerts: rocked. Early viewers: rocked. Here’s a shaken Wesley Morris: “They’re singing for the festival’s attendees. They’re mourning all of the death — of leaders, of followers, of troops and civilians. They are, if you’re willing to see it this way, lamenting what is obviously a generational transition from one phase of Black political expression to another, from resolve to anger, from the grandiloquence of Mahalia Jackson’s pile of hair to Mavis Staples’ blunter Afro. They are singing this cherished classic of bereavement in order to mourn the present and the past. Listening to them now, in the summer of 2021, plumb earth and scrape sky, you weep, not only for the raw beauty of their voices but because it feels as if these two instruments of God were also mourning the future.” With Stevie Wonder, Nina Simone, Sly & the Family Stone, Gladys Knight & the Pips, B.B. King, The 5th Dimension, Ray Barretto, Abbey Lincoln and Max Roach. On Hulu and in theaters.

A widescreen, two-hour-twenty-minute space-and-time epic, “The Tomorrow War,” is previewing for most reviewers right up against its July 2 opening. But consider fingers crossed later and now for the pandemic-delayed space epic directed by Chris McKay (editor and animation co-director, “The Lego Movie”; editor, “Robot Chicken”; director, “The Lego Batman Movie”). McKay, attended SIU and Columbia and edited films in Chicago, including Michael Gilio’s Ebert-championed 2002 “Kwik Stop” before making his way west; it will be disappointing if there isn’t a job of tonal insolence in the $200-million-plus canvas that finds present-day soldiers transported to the future to battle a marauding alien species. With Chris Pratt, J.K. Simmons, Yvonne Strahovski, Sam Richardson, Betty Gilpin and Mary Lynn Rajskub. Amazon Prime, streaming from July 2. 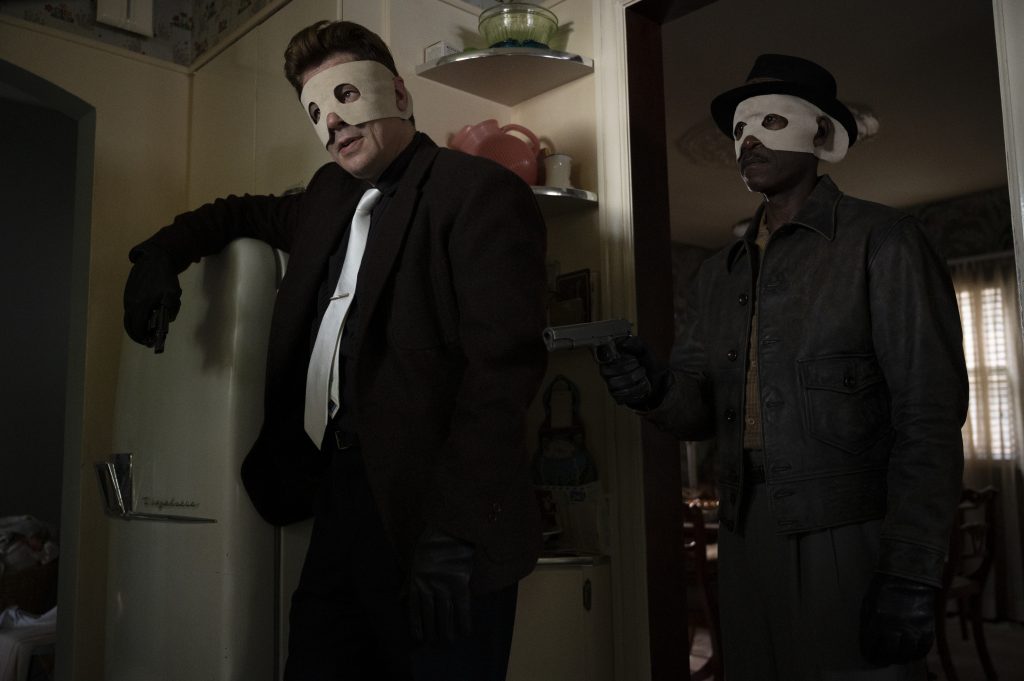 Start with the cast of “No Sudden Move,” shot by Steven Soderbergh mid-pandemic, under strict guidelines for which he was one of the Director’s Guild designers: Don Cheadle, Benicio Del Toro, David Harbour, Ray Liotta, Jon Hamm, Amy Seimetz, Brendan Fraser, Kieran Culkin, Noah Jupe, Craig muMs Grant, Julia Fox, Frankie Shaw and Bill Duke. A double-cross-triple-cross caper smack in the middle of 1950s Detroit, the city where Soderbergh made “Out of Sight,” written by Ed Solomon (“Bill & Ted Face the Music,” “Now You See Me”)? Keep going… Streaming from July 2 on HBO Plus.

Chicago Film Archives presents a free streaming program, hosted by Anthology Film Archives with the support of the Gordon Parks Foundation, of Gordon Parks’ earliest film work, inspired by his photo essays created for LIFE, on the occasion of the fiftieth anniversary of the release of “Shaft,” and reprising a selection of shorts originally presented at the Black Cinema House in the Grand Crossing neighborhood in 2013. The screenings include three documentaries: “Flavio” (1964), following Flávio da Silva, a boy from the favelas of Rio whom Parks photographed for one of his best-known assignments for LIFE; “Diary of a Harlem Family” (1968), using “Parks’ photographs for another LIFE magazine assignment, combined with his voiceover narration to reveal the racism and economic hardships experienced by Harlem residents”; and “The World of Piri Thomas” (1968), looking at poverty through the eyes of the Puerto Rican-Cuban writer and poet. Also: Romas Slezas’ 1973 short, “Listen To A Stranger: An Interview with Gordon Parks.” Streaming via CFA, July 7-20. 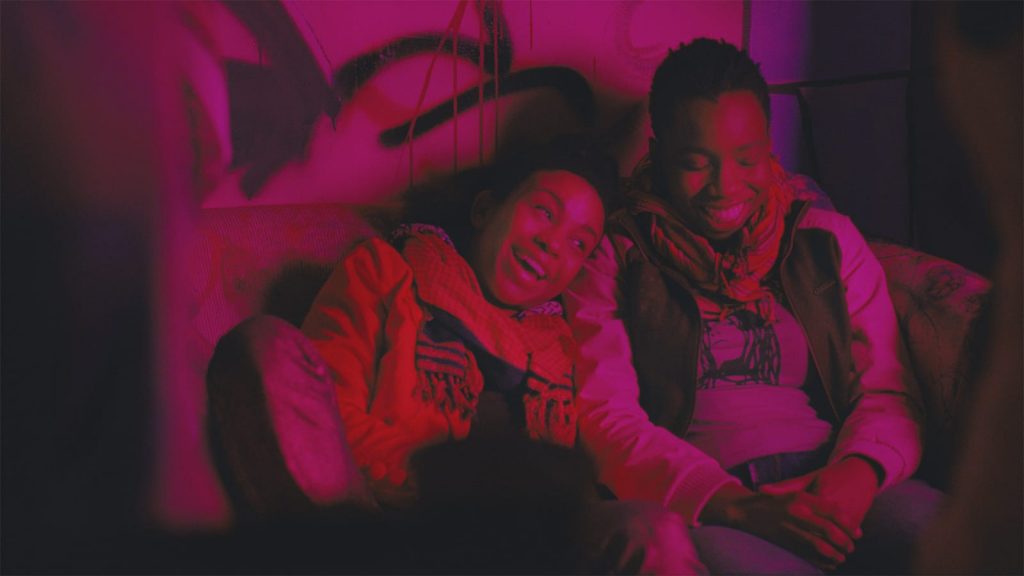 Dee Rees’ Sundance-honored dramatic debut about the coming out of a 17-year-old African-American woman who lives with her parents in Fort Greene, Brooklyn, has both substance and style. “Pariah” is luminous and boldly designed, in a range of alluring warm-to-hot colors, often against velvet-dark backgrounds, reminiscent of some of the sturdiest images of co-producer Spike Lee’s movies. (Bradford Young, who later shot “Ain’t Them Bodies Saints,” “Arrival” and “Solo,” took Sundance 2011’s Excellence in Cinematography Award.) Built upon a 2007 short film of the same name, also starring Adepero Oduye as young Alike (ah-lee-kay), “Pariah” is richly observed, with the commonplaces of a coming-out tale elaborated matter-of-factly with verve and wit. (Rees notes Alice Walker, Audre Lorde and Jennie Livingston’s documentary “Paris is Burning” as key influences.) It’s assured all the way down to Alike’s last, tentative yet assured smile and the sweet pulse of music that flows into the end credits. Extras on the Criterion edition include a new conversation between director Dee Rees and filmmaker and professor Michelle Parkerson; a new cast reunion with Rees, actors Adepero Oduye, Pernell Walker, Kim Wayans, Charles Parnell and Aasha Davis, moderated by Jacqueline Stewart; and a new program on the making of the film, featuring Rees, Bradford Young, production designer Inbal Weinberg, producer Nekisa Cooper and editor Mako Kamitsuna, moderated by Stewart. Criterion Blu-ray.