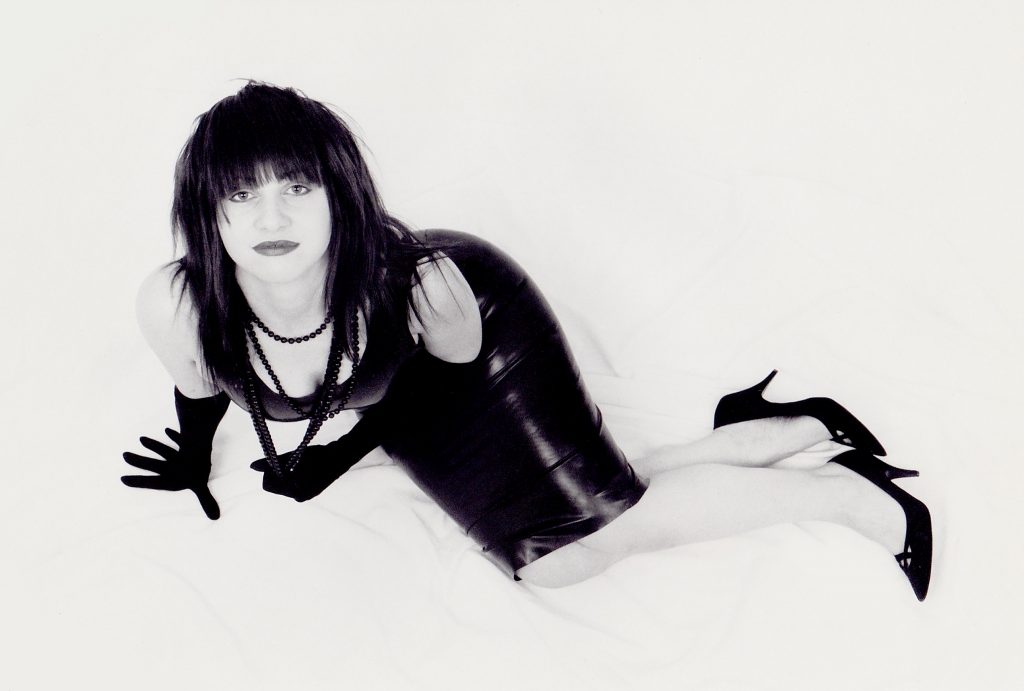 Disney continues its experiment with simultaneous releases on screen and on premium-priced streaming video with quarter-billion-dollar investment “Black Widow”; “Lydia Lunch: The War Is Never Over” is a necessary portrait of a powerful artist; and “Platform” captures the fight of Wushu world champion Iranian sisters. “The Forever Purge” seeks hope but finds rage and “The Tomorrow War” is science-fiction spectacle-action comedy from the director of “Lego Batman.” Plus: the Music Box shows 35mm prints of the original cuts of “Lord of the Rings”; and Chicago filmmaker Shayna Connelly gets a salute.

“Black Widow” (2021), an alternately grim and flippant family-dysfunction sitcom, mixes weaponry with wisecracks under the hand of Australian director Cate Shortland (“Lore,” “Somersault”). Another Marvel “origin story,” it moves with fury if not felicity. The lead performers—Scarlett Johansson, Florence Pugh, David Harbour, Rachel Weisz, Ray Winstone, Olga Kurylenko, William Hurt and a not-to-be-named figure in the Samuel L. Jackson role—all have quirksome moments of personality in between the ritual play of the Marvel action checklist. The action scenes hold flashes of surprise, but are mostly played out in familiar, savorless choreography. (Marvel movies never seem more at home than when two people stand in front of a building and crack wise or bicker and banter inside a closed room.) The sound design is emphatically by-the-numbers: as each simulated international location is announced in screen-filling letters—OHIO, CUBA, MOROCCO, BUDAPEST, NORWAY—simplest indicators are laid in for one or two seconds: birds flock, trolleys clang. The dialogue that isn’t snippy-snappy tends to the pounded-out gnomic like “People who have friends don’t call me” or flat filler like “Oh, would you grab the ranch dressing for Dad?” The song score has bursts of personality, though, including a girl-chorus cover of Nirvana’s “Teen Spirit” under the main credits. Those credits employ flashes of imagery of children torn from post-Soviet “sleeper cells” that could as well be depicting human trafficking. The byplay between sisters Johansson and Pugh also intermittently dumps character backstory that also constitutes violent trafficking. If there’s any “gaze” to “Black Widow,” it’s martial but there are judiciously designed “heroine shots” to showcase the backsides of both Johansson and Pugh, after the fashion of the fixation on Cobie Smulders in “Avengers Age Of Ultron,” where Joss Whedon’s camera had a jolly time observing that actress walk away. Among notable performers, Harbour is ham-on-wry and Pugh has electric screen presence, especially against Johansson, and even when dabbling in goofball accents. In theaters and with a thirty-dollar fee to Disney Plus subscribers.

A further form of female presence, a wholly other sort of black widow, Lydia Lunch at the age of sixty is indelibly galvanic in Beth B’s documentary, “Lydia Lunch: The War Is Never Over.” Underground film figure, musician, writer, director, actor, empowerment coach: B’s interviews with the artist and her collaborators are accompanied by a kaleidoscopic array of Lunch’s pursuits of the past four decades. Her wit is fierce, her rage indelible. Streaming via the Music Box.

Sahar Mosayebi’s inspirational “Platform” (2019) was the first feature documentary released theatrically nationwide in Iran. It’s the story of the underdog, working-class Mansourian sisters, from a small town in Iran, who become world champions in the Chinese contact sport of Wushu while running the family construction business. Streaming via Facets, July 9-August 5.

“The Forever Purge” strides border territory of Texas alongside Mexico in its latest near-future installment; the customary timely, tasty agitpop looks frantic insurrectionist gangs straight in the face as the annual Purge spills over from its twelve-hour duration into the streets of America. Packs of good-for-nothings extend the Purge to their liking and “Forever Purge” is hash-tagged across the land. It’s requiem for a trauma: the past four years; the days, months to come. Metaphors mingle with meta moments: is it brute near-reality or memories of earlier “Purge” movies? (Grimm, man. Grim.) News reports signpost “White supremacy rising as disinformation spreads” while killers speechify: “These rich motherfuckers can’t hide behind their steel walls no more. This is the way things are now, boys. This purge is forever. This is the real purge. The eternal purge. Ever after.” Characters raise flags: “There are parts of Mexico that sound like this every night”; “I’ve always taught my son to be a proud American, but maybe I didn’t really teach him what that meant. I don’t know if I even know what that means anymore, proud America. With change and all around us, at each other’s throat’s. Confusing times.” and this exchange with the story’s Mexican female lead: “America’s everything… America’s Mexico, America is Africa. America is Italia, we can take it all, we can learn it all, and then we can embrace it.”; “You really believe that?”; “That’s what I choose to believe.” Of course the near-nihilist fiction of the Purge mythology and director Everardo Valerio Gout’s installment lacks the cyclonic fury of the January 6 failed coup attempt at the Capitol building. (You need the New York Times’ forty-minute forensic video for that.) But the attitude of the conspirators sounds mighty close to members of the House and the Senate who describe that day as a tourist’s walk in the park: “There’s no such thing as crime anymore,” one declares.

“One degree is the difference between ice and water.” There’s a line to dry the mouth as the Pacific Northwest goes to blazes. Chris McKay’s “The Tomorrow War” is a cockeyed confection of many moods, from thriller to comedy of verbal asides to monster horror to eco cautionary tale to pop-cult Frankenstein monster. And after all its moving parts of entertainment, through the contraption of its time travel plotting, it’s a provocation that asks: if you have fifty years to save the planet, do you risk everything for the sake of generations to come, or do you sit on your ass, day-ticking-down by day-ticking-down? As the emissary from the future seeking conscripts from around the planet puts it, “We are you.” (The Rapture-styled imagery of mass time-jumps is dreamy and  quietly troubling.) Salutary tributaries of earlier movies flow: “Independence Day”; “The Terminator”; “Edge of Tomorrow”; “A Quiet Place”; and quite prominently, “It’s a Wonderful Life.” Among the eye-wideners: part of the hand-to-hand climax, between ravening monster and modest man, is a gratifying succession of wild unlikely punches, much like a memory of once fending off an attack dog with only a gloved fist. It’s the small things.

“The Lord of the Rings” trilogy as a much-younger Peter Jackson meant them to be seen: on the big screen in the original theatrical release cuts in 35mm: no Bilbo-bagginess here! Music Box, July 9-15.

The Artists Forum July artist of the month is Chicago filmmaker Shayna Connelly [Newcity Film 50]. “My films explore hauntings that arise from traumatic events, mental illness, everyday routines, the search for truth and the aftermath of grief. Tangible events resulting in instability and threats of violence trigger ghosts that affect our daily lives,” Connelly tells the New York-based group. “Cinema lends itself to visualizing the warped perceptions caused by these hauntings and transforms individual to universal experience.”