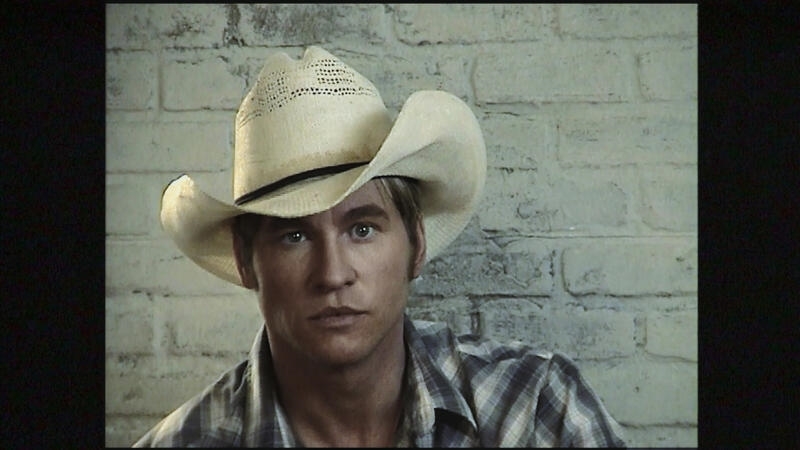 Brief looks at a week of introspection at the movies: M. Night Shyamalan wonders what it would be like to grow old in a single day in “Old“; “Val” compresses over forty years of the actor Val Kilmer’s self-chronicle to touching feature-length look-see after his surgery for throat cancer; and Bo Burnham goes “Inside” and keeps burrowing. “Broken Diamonds” looks at schizophrenia and its effects on a family after the father’s death; “Charlatan” tickles at gay desire in a period biography of a Czech healer; and The Bressan Project brings out two newly restored, historically revealing pictures, coming-of-age and romance, from the brief decade of Bressan’s filmmaking career.

Previewed after deadline, M. Night Shyamalan’s latest burst of fantastical fancy, the thriller “Old” depicts a confounded bunch of luxury tourists who travel to the tropics, arrive in a secluded cove and quickly realize they are aging a lifetime in a single day. (Could the working title have been “Whut?“) I trust Shyamalan to find the right fanciful twist, or two, to fulfill the three-letter title. “I see old people” is just too, too easy. (“Old” is based upon the graphic novel “Sandcastle” by Pierre Oscar Lévy and Frederik Peeters, which has a gloomy ending but no twist.)

And I won’t surmise anything from the teaser poster with the tiny bodies falling through an hourglass to “Soylent Green”-ish effect. Just do something astonishing, Night. With a raft of actors with hardly the room to shine in a 108-minute running time: Gael García Bernal, Vicky Krieps, Rufus Sewell, Alex Wolff, Thomasin McKenzie, Abbey Lee, Nikki Amuka-Bird, Ken Leung, Embeth Davidtz, Gustaf Hammarsten and Kathleen Chalfant. “Old” opens Friday, July 23 in theaters.

“Val“ is kinda sorta one of those movies Francis Coppola was talking about in “Hearts of Darkness”: “One day some little fat girl in Ohio is going to be the new Mozart.” There are dozens if not hundreds if not thousands of such movies waiting to surface, and not all are TikTok bits. Actor Val Kilmer, who starred in the 2011 horror film “Twixt,” one of Coppola’s late-period house-made projects, is a collage artist as well as a performer, and with his career cut short with the near-loss of his voice after surgery for throat cancer, turned to materials that he had amassed over forty years with quiet magpie fury. “Val” is not Mozart, but it’s mad music, intimate and touching. “My name is Val Kilmer…” we hear as the actor introduces the documentary of his life directed by Leo Scott and Ting Poo, both experienced editors. A moment later, we see Val’s son Jack, starting the narration again: “My name is Val Kilmer…” A mirror has been placed in front of a mirror before a hall of mirrors is put into play. It’s a film that “is about my life but also not about my life,” drawn from “thousands of hours of videotapes and film reels that I’ve shot through my life. I’ve kept everything,” the voice says. The intimacy holds a charge, as does the sense of an observed life observed from within getting a once-in-a-lifetime once-over: Dorian Gray’s portrait looks back, slicing incisively but not without forgiveness.

Kilmer’s autoportrait is outsider work by a celebrity, but it lies well in the fine, flurried tradition of insider-outsider handiwork from makers like John Cassavetes, Orson Welles, Elaine May and Tim Carey. Where are the outsider-outsiders, the bright growing brains from Ohio and elsewhere we might observe and encourage so gainfully? Watching projects like “Val” on Amazon, you’d hope, encouraged to toggle loose their own persistent, headstrong, insightful objects, even if they’re not in the service of genial self-veneration and not an A24 release only a week off a debut at the Cannes Film Festival. A picture is an idea: there are so many pictures in the world, bring them together. Show us the ideas! “Val” opens Friday, July 23 at Landmark Century and suburban screens and on Amazon Prime on August 6. 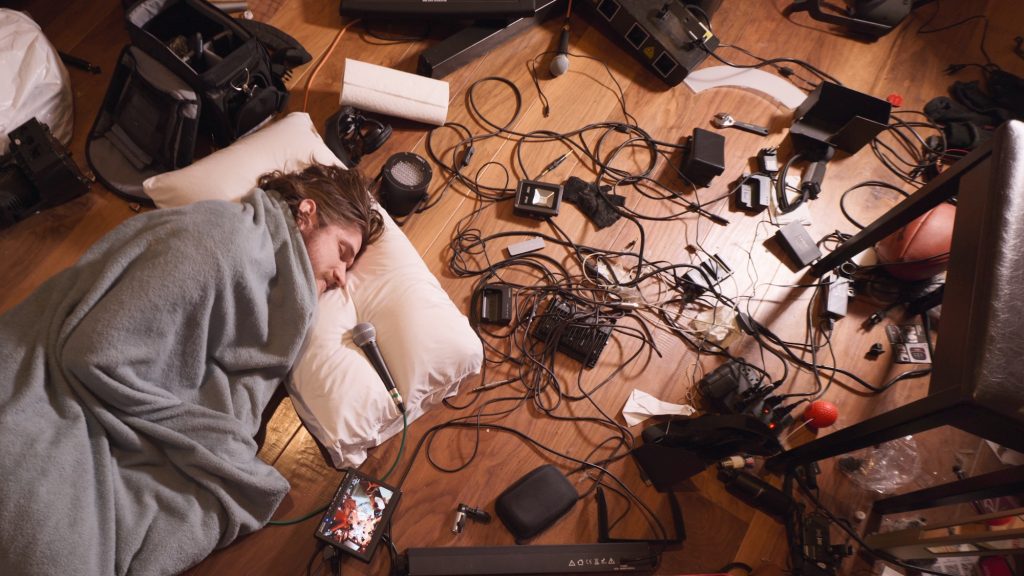 Bo Burnham in “Bo Burnham: Inside”

Bo Burnham’s man-in-a-room, meta-atop-meta, we’re-all-on-lockdown-always, aren’t-we, one-man show, “Bo Burnham: Inside,” directed by, shot by, edited by, songs by and starring Bo Burnham, gets a big-screen airing for a few days. Anticipation of building an early awards-season profile? The claustrophobia of the eighty-seven-minute confession-with-song enterprise may be too much for audiences blown up to theater size, but many viewers have said they felt that just from seeing it on their home screens in the weeks since its May 30 release on Netflix. But like his debut fiction feature, “Eighth Grade,” a masterful depiction of a character’s sustained panic attack of a life, “Inside” has streaks of brilliance within its matrix of profound agitation. Bo’s brain despairs and seeks laughter where often, there should be none. Advance tickets for Landmark Century and ICON Showplace, Thursday, July 22-Sunday, July 25.

Facets features “Broken Diamonds,” a drama about the effects of schizophrenia on an American family. Benjamin Platt plays a young man headed to Paris to write his first novel when his father died. “When his father passes, he only has a brief time to figure out the estate before leaving the country for good. Days away from packing up and boarding the trans-Atlantic flight, Scott must pick up his schizophrenic sister, Cindy (Lola Kirke) for the last viewing of their father’s body before his cremation. However, this is just the beginning of Scott’s new responsibility of being a legal guardian, as he is Cindy’s only means of making arrangements as the sole living family member. The following days are filled with Scott dealing with Cindy’s mental illness unlike he has ever experienced before—her removal from her halfway house due to her behavioral issues, taking her in as a roommate, and finding her a new and appropriate home.” Streaming via Facets starting July 23. 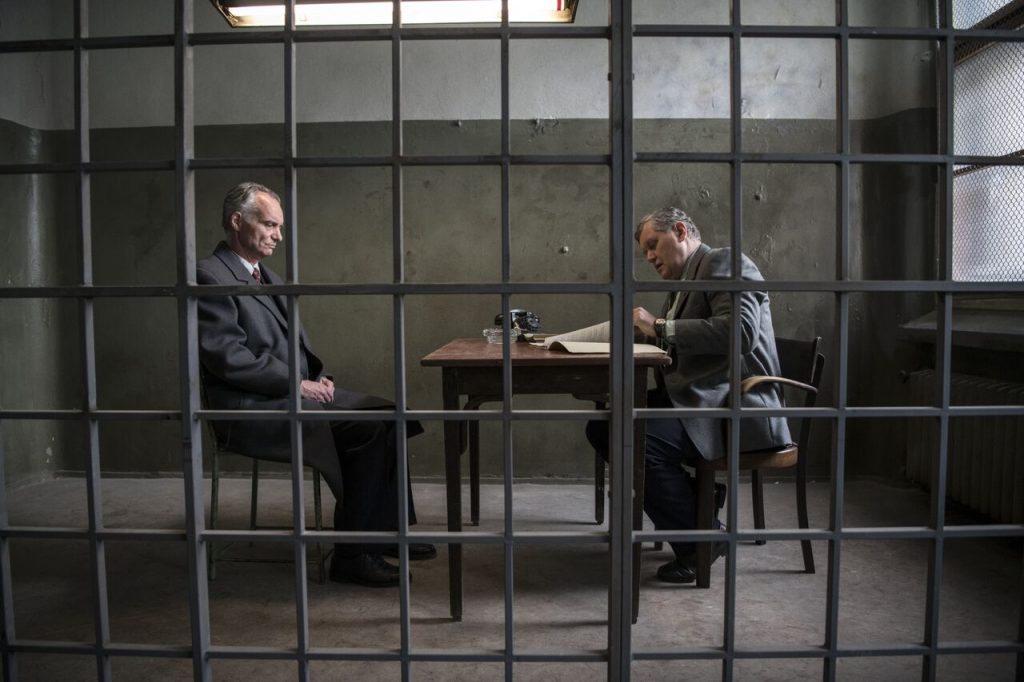 “Charlatan“(Šarlatán), the latest by prolific veteran filmmaker Agnieszka Holland (“Spoor,” “Europa Europa,” “The Secret Garden”), is a biographical drama about the tribulations of historical Czech faithhealer Jan Mikolášek, which Variety’s Guy Lodge describes as a”handsome, intelligently questioning but slightly dry biopic [with an] uneven but not uninteresting balance of moral inquiry and queer romance.” Streaming via Music Box starting July 23.

The Front Row and Cine-File present the Chicago premieres of restorations of two early films by filmmaker Arthur J. Bressan, Jr., “Passing Strangers” (1974) and “Forbidden Letters” (1979) with introductions by queer film archivists and historians Jenni Olson and Evan Purchell. Bressan’s work included “Buddies” (1985), the first feature film about AIDS. “Working across multiple genres including documentary, narrative, adult and short form filmmaking, Bressan’s boldness and artistry as a writer-director earned him both acclaim and controversy over the course of his decade-long filmmaking career,” writes the The Bressan Project’s website. “Passing Strangers” is a pioneering coming-out narrative, “a romantic portrait of the gay liberation era that resonates today.” “Forbidden Letters”: “Larry, a young gay man, tries to pass the time on the day his older lover Richard is set to be released from prison. Unable to clear his head through casual sex, he reads through his letters to Richard, which he could never send out of fear that outing his lover would lead to a harsher sentence. As Richard’s release draws nearer, Larry wonders whether the spark will still be there when he gets out.” Restorations courtesy of The Bressan Project and the American Genre Film Archive. Music Box, Sunday, July 25. Tickets here.