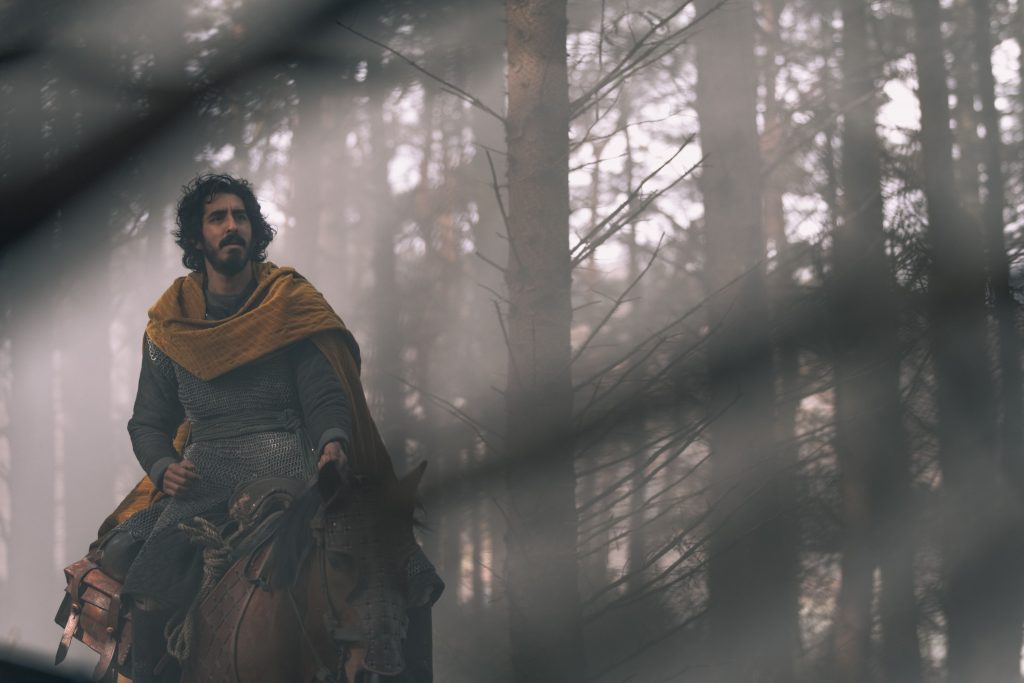 David Lowery, in some promotion for “The Green Knight” is described as an “acclaimed director” (a one-sheet) and in other places, in a recurring cut-and-paste, as visionary: “From visionary filmmaker David Lowery comes a fresh and bold spin on a classic tale from the Knights of the Round Table; absurd, likable, fun “Old,” from career “visionary” M. Night Shyamalan, doesn’t outwear its welcome; and “Jungle Cruise” arrives on screens and streaming to extend the Disney I.P. (intellectual property) from theme-park ride to venerable sequel fodder after the fashion of the “Pirates of the Caribbean” series. Writer-director Tom McCarthy (“Spotlight,” “Up,” “The Cobbler”) lashes middle-aged father Matt Damon to the French justice system (and underworld) in hopes of rescuing his daughter in “Stillwater.” There’s a fresh look at the life of Helen Keller in John Gianvito’s “Her Socialist Smile.”

John Gianvito’s nonfiction essay films (“Profit Motive and the Whispering Wind,” “The Mad Songs of Fernanda Hussein”) are unapologetically radical in form and politics, and his portrait of Helen Keller in “Her Socialist Smile” as outspoken advocate of global socialist revolution is among his best. The immense amount of literature and lore around Keller’s life largely gives short notice to her intelligence, but also her role as intense suffragist and leftist, especially her identity as a socialist firebrand. Keller’s thoughts appear on screen and in voiceover by poet Carolyn Forché. Gianvito restores her timeless, even necessary fury.  A conversation with Gianvito is available here. Streaming via Facets, starting July 30.

A disparate batch of privileged yet tense travelers arrive in pairs and families at a tropical island resort called Anamika, where the select are offered a day at a peerless beach within an unreachable cove. How many modern writer-directors besides M. Night Shyamalan mingle their own refined practice of gossamer schlock with passages that evoke Luis Buñuel or Alan J. Pakula? As David Letterman used to say, aping an earlier generation of comics, accept the premise, you’ll enjoy the bit. Among the attributes that allow “Old” (and passages of the producer-writer-director’s other pictures) to rise above balderdash is elemental humorlessness. A jape or a joke here and there is a classical screenwriting tool—Robert Towne always said that you break the ice for a character by giving them a joke to tell, one that you would laugh at even outside of the confines of the story—but Night doesn’t need or even care to be funny. Look, a character in “Old” is a rapper: he’s called “Mid-Sized Sedan.” Still, there’s a recurrent element of elegant note—the adults are emphatic about what’s up but only in the jargon of their field. (This disconnect is fresh horror.) Shyamalan could hire others to spruce and goose his dialogue —“The spontaneity has been stripped from her,” spoken by a child, is one of the first lines of the movie, followed by the thematic throwaway-cum-meteorite “Stop wishing away this moment, look out the window and look how pretty it is”—but that’s not his game. Shyamalan is a maker of moods, and often a master of them, capturing unease and slow-settling fear with sounds and images and the blocking of actors with the camera, that prowling Shyamalan camera of gentle portent, before it all comes crashing down. (In momentum, there is grace.) “Old” is, from the get-go, fun, sleek horror, pleasingly measured even when parts of the plot tumble on cue from the heavens and the knife-happy parts of the horror feel gleeful. (It’s closer to “The Village” than his vaunted bug-out classic “The Happening.”) Consider a studied, superficially sloppy swirling shot on a beach around three children playing freeze tag: breath catches. This special cocktail was prepared just for you, sip, sip, slowly now. What’s the twist? Who’s the killer, Mister Hitchcock? Many hands are soiled, but the identity of the key factotum is goofy, narcissistic yet satisfying. The teeming cast, which strikes varied postures at moments of tension from Shyamalan’s customary low angles, includes Gael García Bernal, Vicky Krieps, Rufus Sewell, Ken Leung, Nikki Amuka-Bird, Abbey Lee, Aaron Pierre, Kathleen Chalfant, Alexa Swinton, Nolan River, Kylie Begley, Eliza Scanlen, Alex Wolff, Emun Elliott, Thomasin McKenzie and Embeth Davidtz. Theaters only.