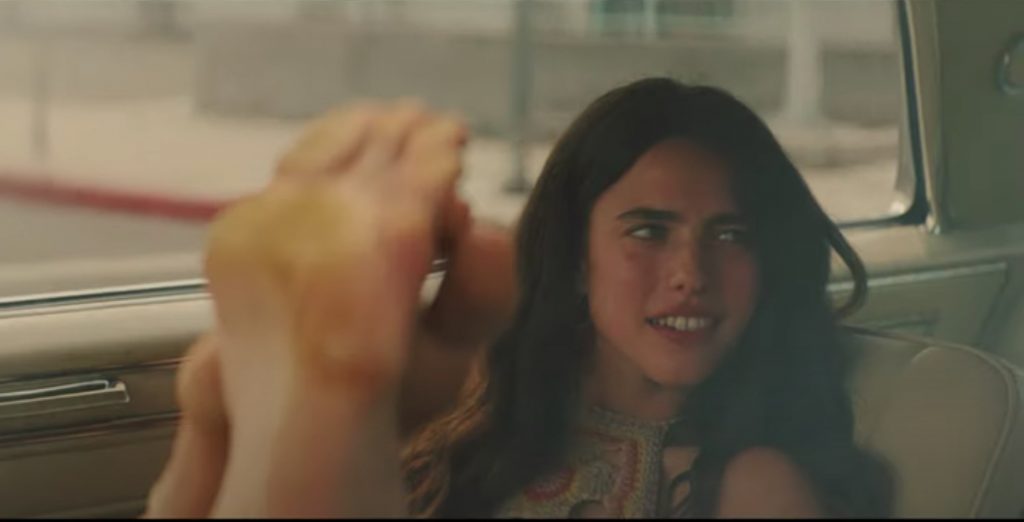 “Once Upon A Time… In Hollywood,” frame capture from trailer

Halfway through 2021, film memoirs punch harder than movies from the great and mighty corporations that stream, as well as legacy studios that still finance and produce and release pictures. How did the good stuff get done? (You must remember this.)

There are a half-dozen good titles I could cite, but mostly I’m thinking of Glenn Kenny’s “Made Men: The Story of Goodfellas,” a fireworks display of oral history that rock ‘n’ rollicks from the get-go and Mark Harris’ sleek, intimate “Mike Nichols: A Life.” Oh! So that’s probably the way it was when movies were made that way. These delicious, detailed narratives make the reader wonder if moviemaking lore remains bedrock for attainments by other artists in a century-old art form or do we devour elegies for a time passed?

Historically acerbic exec Barry Diller, who has not headed a studio for thirty-plus years, weighed in on the state of the post-pandemic, mid-streaming world of narrative feature filmmaking a few weeks ago at the reconstituted millionaire-billionaire media-mogul retreat in Sun Valley, Idaho. Diller, seventy-nine, vigorously shakes his fist at The Cloud.

“These streaming services have been making something that they call ‘movies.’ They ain’t movies,” the executive who crafted the Fox network toward the end of the twentieth century told NPR off to the side of the swirl of investment bankers eager to purge. “They are some weird algorithmic process that has created things that last a hundred minutes or so.” (Diller’s recent investments alongside his IAC/InterActiveCorp portfolio, which includes dozens of direct-to-consumer services, include Broadway shows and lower-budget movies produced in league with disgraced producer Scott Rudin and A24.)

Along with the libraries of exemplary histories and remembrances that do in fact explore and define “movies” through their emotional heft and lyrical potential, there are ghost books upon ghost books about film, resting inside the memories of each and every figure in the industry, however privileged by the system or historically disadvantaged within it. Diller believes it’s all dashed to embers on a lack of a definition of “movie.” The word, he asserts, “doesn’t mean anything right now.” 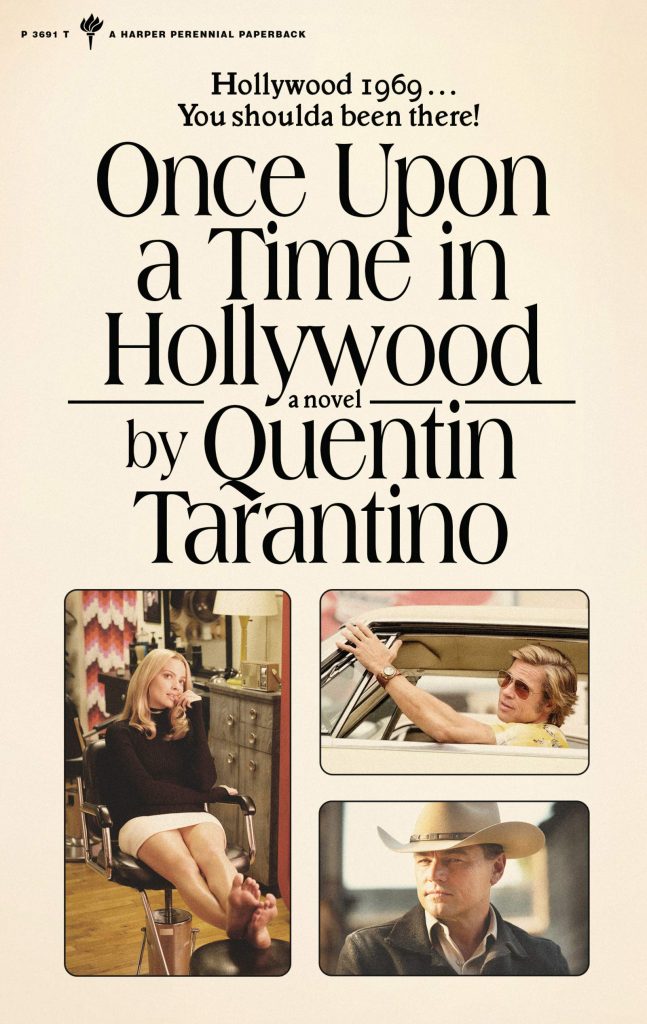 Quentin Tarantino has a movie-movie book out: an anachronistic four-hundred-plus-page simulacrum of a 1970s paperback novelization. It’s a bushel-and-a-peck of brain fever. Tarantino has been on a tear on his return from pandemic exile in Israel during the outbreak, erecting oral history after oral history in pinwheeling interviews with podcast after podcast while promoting the book, talking for hours on end, dulling the prospect of his contracted autobiography. Tarantino has insisted that few directors make good pictures long into their career, and that he won’t be part of that. Tarantino’s ready to live life and talk more than ever before. (He also bought a second theater in Los Angeles, the Vista, to show recent movies, including those that strike 35mm prints to show at his theater and in cinematheques.)

Tarantino’s middle career—or will it be late career, with that last, tenth movie on the horizon?—rests in the counterfactual, movies like “Inglourious Basterds” and “Django Unchained” and “Once Upon A Time … In Hollywood” creating imaginary worlds within twisted and tangled history. He pulls that on himself in his book, shifting the particulars of his sunny fugue of a sunset Hollywood that never was. (Diller does not have a romantic bone in his body; his sunsets arrive and sustain as sudden darkness.)

In the freewheeling self-novelization, Tarantino tosses aside his film’s ending, the “likability” of certain characters, and even the ellipsis of his title. From stem to stern, the $9.99 drugstore spinner-rack-sized pocket expansion of “Once Upon A Time In Hollywood,” in its scope shared with the movie, is probably the most personal (and perverse) thing Tarantino has shared with a public. (And that’s partly because of its stretches of gassy too-muchness.) The prose is workmanlike, screenplay-style but with some extra give—“Rick, who was in his floaty chair in the swimming pool at the time of the attack, was almost shot by the hippie girl with the pistol. He later told authorities, ‘That goddamn hippie almost blew my fuckin’ head off!’ And in a scene straight out of Wendkos’ picture ‘The Fourteen Fists of McCluskey,’ Rick set the assailant on fire with the practice flamethrower left over from McCluskey, which he had in his toolshed. (‘I burnt that goddamn hippie to a crisp,’ he later told his neighbor.)”

That pile-on of narration lacks the elegance of just pointing a camera where it belongs. But Tarantino blurts, borne back ceaselessly into his compulsions: his characters make lists of movies! They’re bitter! The 406 pages of the little brick of “Hollywood,” “The First Novel by Quentin Tarantino” of “The 9th Film By Quentin Tarantino” does not abandon details that he brandishes in all his work. He defines movies—“cinema”—by what he sees in his perfervid mind and right there in front of him. And it starts with feet.

One thing the “First Novel” gets is that the subjective particulars of fetish are fiendishly difficult to convey in prose. Descriptions in many novels—leaving pornography aside—illuminate nothing unless the reader shares the fetish. That is the insight David Cronenberg had in adapting J. G. Ballard’s “Crash” to the screen was that the cars-and-sex combo compulsion of his film would describe desire through a thing that no one in real life in fact desires. In his fiction “What Belongs to You” and “Cleanness,” Garth Greenwell is a rare master of particulars, both lyrical and blunt. The prose is as shocking for its adroitness as for its teeming candor. In Tarantino’s prose, his life’s work comes to fruition with the same directness of his camerawork and in thudding dreamlike repetition.

The passages where Tarantino throws up his hands and just types make me feel more optimistic about heedless personal storytelling in feature film formats now and to come than anything in months: it’s the “gaze” gone berserk. “As the vintage Cadillac and the two vintage guys drive down the busy street, the hippie subculture that has invaded the town in a locust-like swarm proceeds to parade down the sidewalk in their blankets and frocks and dirty bare feet.”

“She feels the wetness of the grass against the soles of her huge bare feet.”

“He watched her bare feet walk her off into the dark distance.”

“She unzips her white go-go boots, slips her bare feet out of them, throws her long legs over the back of the chair in front of her, and settles back to enjoy the show.”

“As she continues to rattle on, he glances down at her feet. Oh shit, they’re huge too. Debra Jo puts her huge dirty feet up on the Cadillac dashboard, pushes her filthy soles into the smooth cold glass of the windshield.”

There we have it: the cinema of Quentin Tarantino, from heel to toe and back again. Yet this unbecoming candor is attractive in the abstract, as we consider all the brilliant filmmakers who find what seeps and simmers within themselves and are working today, in less crude fashion, around their own idées fixe, from myriad countries, genders, backgrounds, working in one or more genres at a given moment. Partly: forget Barry Diller and moneyed naysayers. And: eschew definitions. Plus: forget shame.

Point the camera. Work from instinct. Don’t run from desire, but don’t hope to describe it, no matter what onlookers think. There are many wrong places to put the camera, or one’s eye, but most times, just one that will capture mercurial states of perception that are both story and personal history, one place for the eye to rise or fall, that seeks the dirty truth or, in Tarantino’s instance, finds the filthy feet.

“Once Upon a Time in Hollywood: A Novel”
By Quentin Tarantino
Harper Perennial, 406 pages