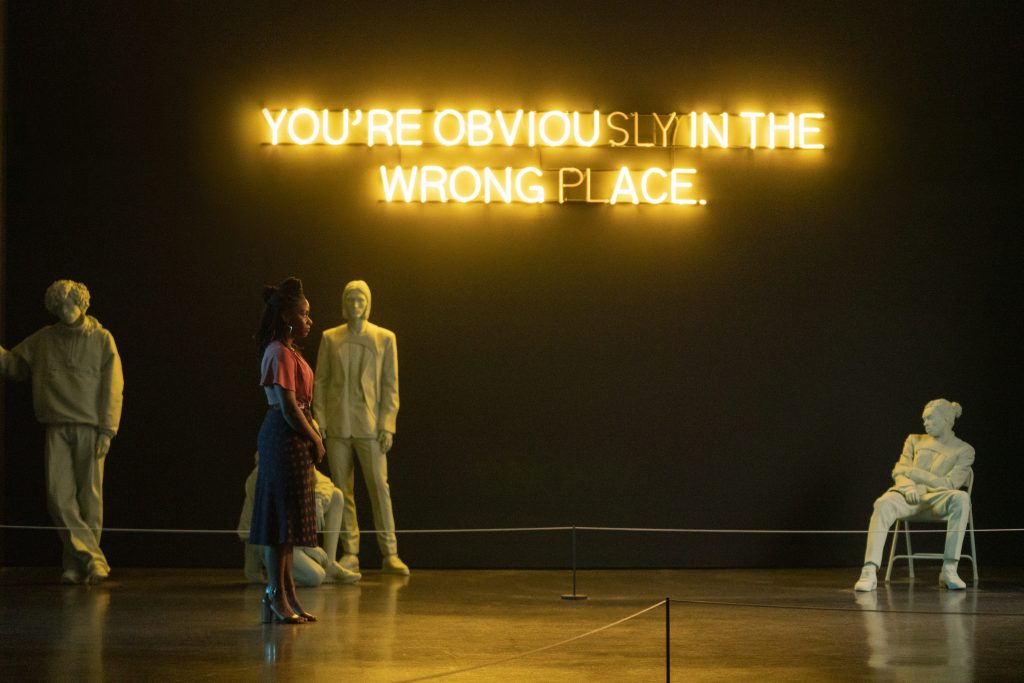 “Candyman” is at long last released to theaters. Lingering for a second week at the Siskel is Braden King’s rural elegy “The Evening Hour,” and as part of the Siskel Film Center reopening, there’s a range of “Chicago Favorites” from local figures, including the Wachowskis’ “Jupiter Ascending,” presented by LaSaia Wade; and Robert Altman’s “Nashville,” introduced by Steve James. Black Harvest Film Festival extends its submission deadline, and Chicago Film Society has an outdoor, rooftop screening of Ed Wood, Jr.’s debut angora opus “Glen or Glenda.”

The short, sharp “Candyman” is superb with both suggestiveness and unabashed gore, as well as an evisceration of the boutique descriptor “elevated horror” for stylish genre work thanks to co-writer-director Nia DaCosta’s accommodation of what’s in the air in terms of economics, gentrification, art world flummery and the cruel power of urban legend. The leads are Black visual artist Anthony McCoy (Yahya Abdul-Mateen II) and his partner, curator Brianna Cartwright (Teyonah Parris) who have moved into a luxury loft atop the ashes of what had been Cabrini. DaCosta plays with the topography of Chicago past and present, which was beautifully captured in Bernard Rose’s 1992 film of the same name, functioning at times as a formalist critique of brutalist architecture. A recurring montage literally flips the God’s-view above Chicago that Rose opens with into a disoriented survey of recognizable downtown buildings, detached and astir in the sky, such as Sears Tower and Marina Towers, tumbling like detached rods in dense fog. (There is also a mirroring effect across the very first forty-five seconds or so of the movie which, on a big screen, is a gorgeous and thrilling jolt.) DaCosta is an intense visual stylist, her compositions terse yet expressionist in nourishing, geometric widescreen frames. There is moment-to-moment elegance in every design aspect, but also splendid, accruing tension. These ninety-one minutes cannot end well, no, no, no. The depiction of a gallery scene eager to appropriate the imagination and imagery and dreams of a new generation of Black artists, even within a relationship is unafraid to be on the nose; satirical dialogue, particularly from a youth-chasing white gallerist and an unlikely white female art critic of intense privilege—lands cleanly rather than didactically. In fact, the critic on opening night in a group show calls his work “didactic” and clichéd and too predictably caught up in “the ambient violence of the gentrification cycle.” It’s a classic tactic—get that kind of stuff you want to say into the mouth of the most unreliable of characters. (Think Topher Grace’s damning précis of the drug war in a monologue to Michael Douglas in Steven Soderbergh’s “Traffic.”) Then again, the artist finds himself trying to slot his work verbally, saying, none-too-convincingly that he hopes “to calibrate tragedy into a focused lineage.” “Conventional painting is such a drag,” a character says as the bad vibes of his piece, elemental fuckery involving a mirror onto the viewer and the gallery and the challenge to say “Candyman” five times, permeate the scene. In terms of horror elements in sound and editing, there’s splendor in her discretion. It’s all limber, agile fantastication, as economic critique, as art scene satire and a cautionary tale on bloody fate: this “Candyman” satisfies the poles of art-house and grindhouse. In theaters Friday, August 27.

Steve James introduces Robert Altman’s 1975 tapestry for all time, “Nashville,” as his “Chicago Selection” for the reopened Film Center. James cites it as a primary influence: “I first saw ‘Nashville’ when I was a young person falling in love with film and it was certainly a foundational work that helped drive my interest in pursuing filmmaking. It remains such a vivid, real, original film that still has much to say about American politics and the American Dream.” Despite elements that were inauthentic to the music metropolis of Nashville in its moment, the weave of its twenty-five characters (including the disembodied voice of a folksy populist presidential candidate chirping from a passing campaign van) is as dense and heart-stopping a critique of American horseshit as it was then. My first exposure, on 35mm to “Nashville” after driving miles and miles from Kentucky north of the Ohio River shared a personally epochal night; only a few hours later, I saw a late-late-night showing of François Truffaut’s “The Four Hundred Blows” on the PBS channel in Evansville, Indiana. Radical endings, both. Beginnings for me. “Foundational,” indeed. 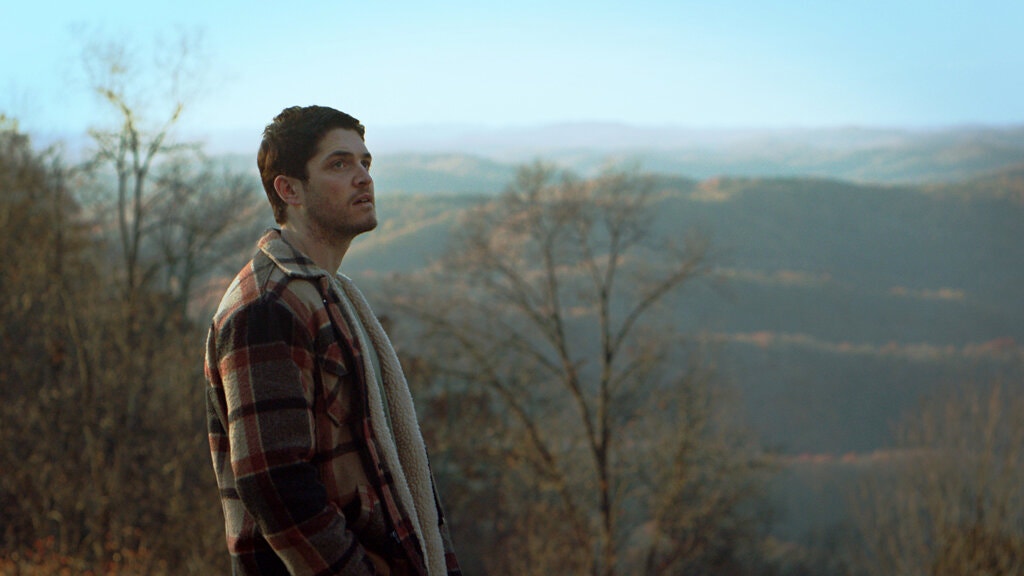 Braden King’s “The Evening Hour,” a story of disconnection and connection within a modern-day small town in Appalachia beset by regional poverty and the ongoing opioid menace, continues at Siskel. As with King’s documentary work and his first fiction feature, “Here” (2011), the stately glimpse of place and space express as much yearning as the most disappointed yet hopeful human heart. “I don’t think that films are necessarily all about their stories all the time, or that they should be. We’re living in a moment where films and audiences are very focused on the narrative information plane and what characters say and do, versus, say, a more equal balance with aesthetic and cinematic experience.” King, a former Chicagoan whose resume includes an extended stint as a bartender at Ukrainian Village’s Rainbo Club, told Isaac Feldberg in a rangy interview at Filmmaker. “We are in a moment where I think a lot of films are read and judged solely on the basis of ‘what happens.’ The idea of giving oneself over to aesthetic experience and tone or a kind of musicality or simple enjoyment of image isn’t necessarily at the forefront of the way we’re creating and experiencing and reading films right now… I find myself very happy when I’m sitting in a film and I don’t totally understand what’s going on and can just let the images and experience wash over me… I’ve been thinking a lot about Wim Wenders’ quote about all films being documentaries. In some sense, at least in the way I make films, I think they’re all time capsules. I purposely go out and try to shoot in actual locations… A big part of the endeavor to me is almost expeditionary, trying to go out and bring back images from landscapes, locations, and regions that haven’t necessarily had a lot of films shot in them – whether that’s the Aleutian Islands in Alaska, Armenia, or Harlan County, Kentucky. There’s a constant element of wanting to metaphorically map the territory—maybe literally, in some senses.” Siskel Film Center, through September 1. 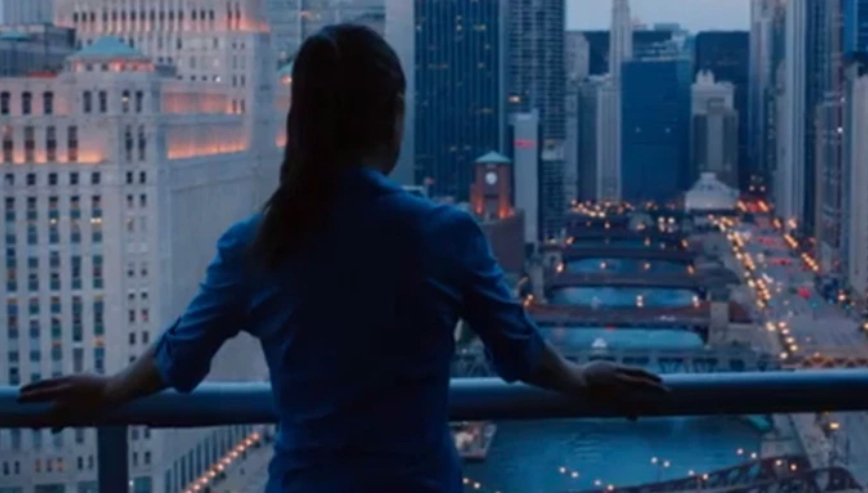 LaSaia Wade, founder and executive director of Brave Space Alliance makes a Chicago selection for the reopened Film Center: The Wachowskis’ “Jupiter Ascending” (2015). A cacophonous Cinderella story with a louche, braying Eddie Redmayne, bees, and epic production design in which spaceships and architecture in outer space nimbly build upon dozens upon dozens of Chicago references, plus a palette of the city, through flying, zooming and ka-BOOMing, of an intense pre-dawn blue, which Lana Wachowski characterizes as unique to Chicago and as “Alexa blue,” after the sensitivity of the digital cameras used on location. Christopher Borrelli of the Trib talked to Lana Wachowski when the film was released: “There’s a gracefulness to its rococo flourishes; its neat idea of a hover coach; its Rollerblade-like rocket shoes for [Channing] Tatum; its machinery rising through stratospheric layers like submarines rising in the Atlantic; the deep blue glow of its Chicago sequences, shot by cinematographer John Toll, who spent summer 2012 waking at 3am to film an entire chase in a predawn light, what Lana calls ‘that magic moment when the sky bounces off the Lake’s mirror, Chicago’s lights are still on and everything goes indigo.'” Also: “I like how the great curling femininity of the Frank Gehry [Pritzker Pavilion] is juxtaposed against the weight of those harsh, more severe buildings on Michigan Avenue. I liked that tension in Chicago, that something as elegant as a big river can curl through so many grandiose statements. When we were looking at the design of the ships, we kept exploring this, placing almost baroque, exuberant levels of detail on one end, while on the other, contrasting a rigorous, rational logic.” You can see the gorgeous dawn chase here (3:28 video) and a step-by-step of how Chicago was disassembled and reassembled via special effects here. Shown on 35mm. Siskel Film Center, 6pm, Wednesday, September 1. 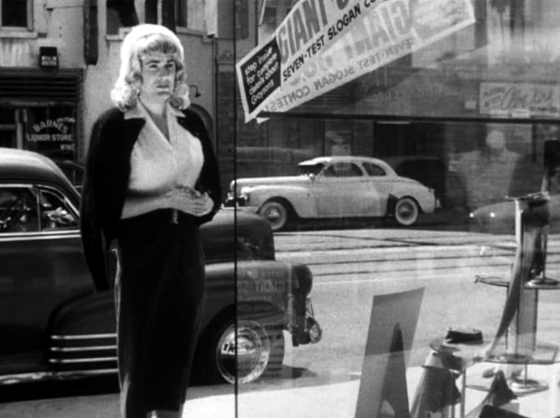 Submission deadline for the November edition of Black Harvest Film Festival at the Siskel Film Center has been extended until Friday, August 27. Submission requirements are listed here.

Consider the levels of bliss sizzling through Ed Wood, Jr. as he filmed himself dandling ladies’ angora sweaters in “Glen Or Glenda,” receiving not just empathy but encouragement from his beloved. You can read that in, to be sure, but does Wood convey any of that by cinematic means? Another chance to find out with an outdoor screening via Chicago Film Society at Big Marsh and Analog Rooftop Cinema. “Ed Wood’s feature debut remains a beguiling, transgressive ode to gender nonconformity, an avant-garde essay film avant la lettre that cobbles together a sincere case for cross-dressing from purloined stock footage, dramatic re-creations of case files, and improvised monologues from Bela Lugosi as an otherworldly interlocutor,” writes Chicago Film Society. “The most personal film from Wood’s much-maligned career, ‘Glen or Glenda’ makes its plea for difference with the directness of a koan: ‘We were not born with wheels, but in the modern world of today it is an accepted fact that we must have them. So we have corrected that which nature has not given us.'” 16mm from the CFS collection. A short piece I wrote in 2010 about “the authenticity of incompetence” is here. Admission is $20 with one drink. CFS at Analog Rooftop Cinema, 2124 West Lawrence (side door). August 27-28, 9pm.