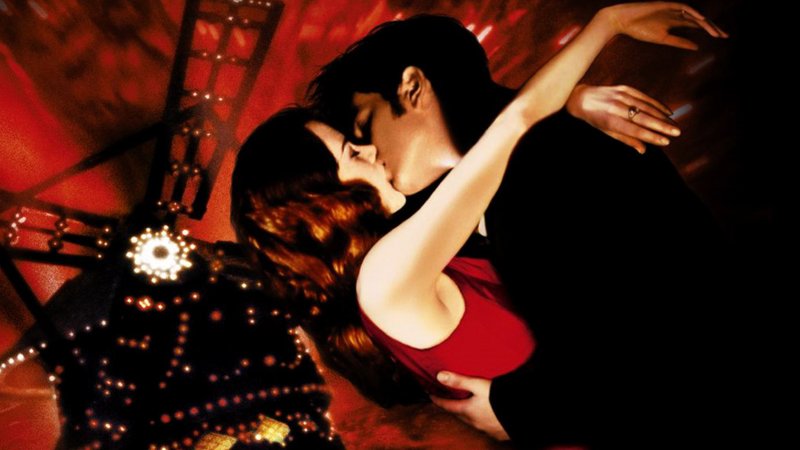 It took a long time after college to realize that the lot of professors that I was lucky to know were discreet visionaries: often adrift, sometimes woebegone, some without honor in their field. Surreptitious, to the side, these men and women encouraged dreams. They picked the people they could influence from crowded classes, made sidelong, subversive suggestions, pricked some bubbles, inflated others, dispatched us with no small baggage into an unformed future.

It wasn’t a backwater campus, but a well-known school with good departments and lesser ones. I was errant when I was inside the film department. I was supposed to be a few hundred yards over, in the musty halls and mustier basements that constituted the journalism school and the school’s radio station. Among the film faculty was an older man for whom movies were neverending dreamland, a perspective he carried through loping monologues about the studio system’s history day-by-day, lecture-by-lecture, between cigarettes that he would light one off the other and then rub-rub-rub the stub ends against the soles of his shoes or just onto the lip of the lecture stage, depending on where he stood, slouched or sat. Other professors sang for genre work and had good, nutty ideas about international cinema.

But musicals! This Scotsman expected the world to dance and sing. With white, tousled hair, ruby-upon-ruby cheeks, a veteran of the film movements and national film institute of another country, his voice was an elevated rumble. It wasn’t the melodramatic instrument of a performer like Liverpudlian filmmaker Terence Davies, who makes an aria of “Thank you my darling!” or even “hello” or “goodbye.” That Englishman coos to you, which is touching through-and-through.

The kind man from Scotland saw the world as a potential backlot, a planet of elegant simplicity and never-ceasing song. (So many things had yet to be invented.) It was part and parcel with a lifetime of hoping to democratize film appreciation, punctuated by throat-clearing coughs and the interrobang of “Right!” and “Right?”

His dream, repeated through the near-decade of his teaching near Chicago, was a gift that was miraculously proffered to the world near the end of his life, first in the innovating hands of Sony, then within the outstretched, globe-encircling, cashmere-girded arms of Steve Jobs, and his layers of industry-leveling technology that removed all barriers from song lifting onto the ether and into ears. The Sony Walkman went on sale July 1, 1979, and the man who loved musicals died almost to the day a year later. (I don’t think it was all the song that killed him.) 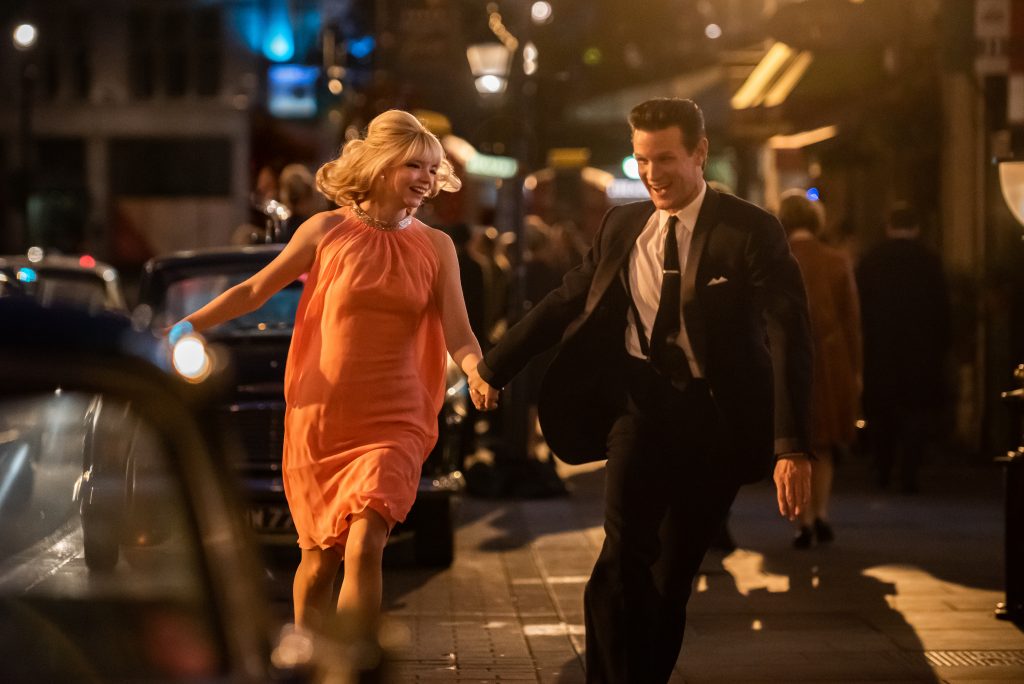 What the Scotsman had in mind was simple: why would anyone think that movie musicals are unrealistic? Why don’t we all have a song in our heart? What could our world be if a skip and a shuffle and a step and a smile and a tip of the tip of the hat were commonplace? (Singin’ on the brain.)

I don’t have notebooks from those classes I sat in on, I wasn’t going to take the exams. I was late for other classes rollicking with repeated instructions about the inverted pyramid and the “nut graf,” and of even more value, the lore of the Chicago newspaper scene of the 1940s and 1950s, taught, or rather, told, by retired elders of city rooms of since-defunct tabloids and broadsheets.

Years later, I had a couple of long conversations with the Australian director Baz Luhrmann and I told him about some footage I had shot, intending to reduce the idea of the musical to its very essence, in ten minutes or fifteen. I described what I had and Luhrmann perked up with a sweet jolt. He looked at me as if I had asked whether the sun comes up in the East, then proceeded to lay it down like a red carpet in his clipped, slightly nasal Antipodean speech. “All right, it’s true and it’s myth, it’s boy and girl, the boy…” It’s a song, it starts with a song… Luhrmann stands, places a jacket over the back of his chair, “The boy sees the girl, he dances forward, she moves back, he hesitates, she dances forward, then around him, then he matches her moves.” Cha-cha-cha, tango, repeat? “If your story measures the movement toward and away from love, it’s a song, it’s a musical,” he said, waiting for my reaction. “Boy? Girl? Dance? They’re searching for love? Perfect!”

These memories didn’t come to me after plowing through the most recent Marvel movies. So many recent releases, the camera moves, but can it dance anymore? The small jolts came when I realized we’re in the midst of the autumn bacchanal of specialized film releases, which has more promising movies than ever. The late 2021 path is littered with pandemic-delayed movies from the past year-and-a-half as well as shining candidates to become long-distance runners of the awards game. 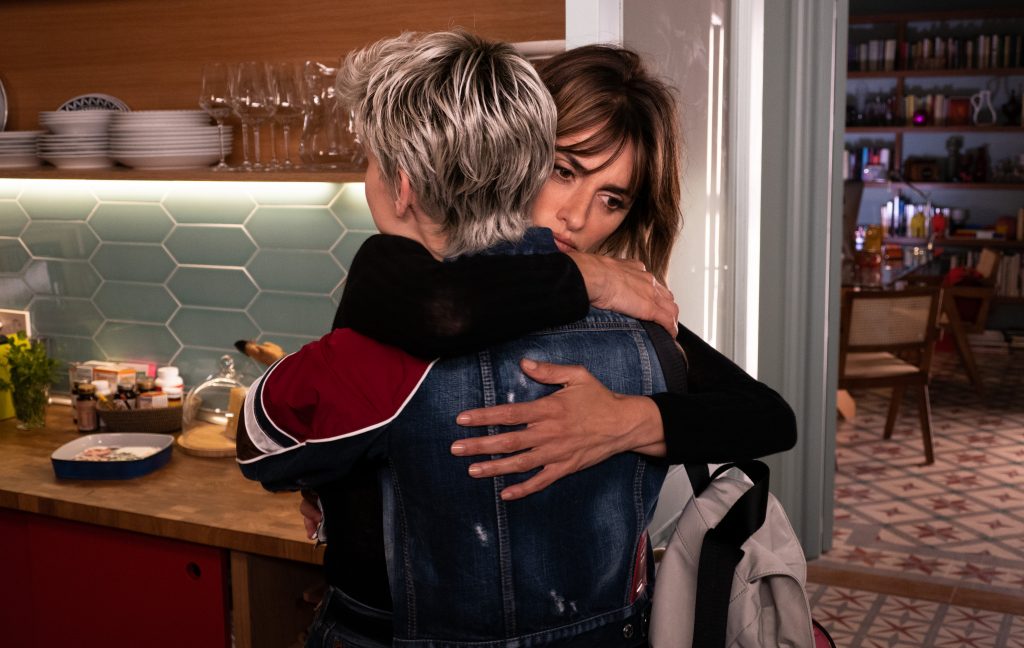 I’m writing this around Labor Day, the Venice Film Festival is almost over, the Telluride Film Festival has announced their list of what it’s unspooling at 8,750-foot altitude to the most influential and well-heeled of the film industry. The diminished Toronto Film Festival comes after that, followed a few weeks later by the New York Film Festival, which is a fiercely curated festival of festivals. For most of the twenty-first century, these events have been the endurance test for certain modest movies, those that cannot rely on a marketing budget in excess of their production costs to gain traction in the uncertain theatrical marketplace as well as the jam-packed video-on-demand pipeline. An industry alongside the blockbuster industry, which sustains a filmmaking industry and careers in production around the planet. In the air (and up in the fiscal air) is work by proven names: Jane Campion, Pedro Almodóvar, Mia Hansen-Løve, Robert Greene, Céline Sciamma, Denis Villeneuve, Paul Schrader, Ana Lily Amirpour, Paolo Sorrentino, Maggie Gyllenhaal, Ridley Scott, Liz Garbus, David Gordon Green, Ry Russo-Young, Andrea Arnold, Sean Baker, Pablo Larrain, Edgar Wright, Mike Mills, Todd Haynes, Kenneth Branagh… 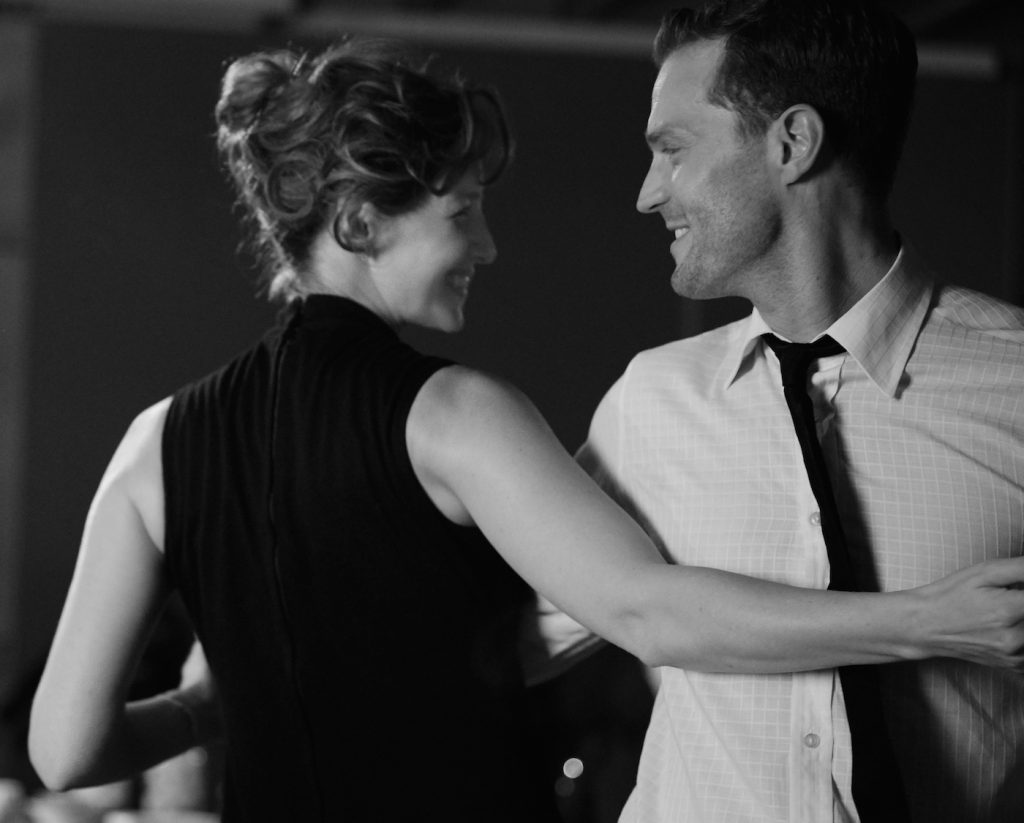 The Scotsman hummed under his breath sometimes, and other times he would break into a fragment of song, crooning unsteadily from some passage of a musical he had shown or we might have seen, somewhere, somehow. “Right!” he would rumble after the brief trill and turn to whatever pedagogical beat had to be hit before hour’s end. I remember some of the songs he liked, his voice never soared or wooed like Terence Davies, who adored similar musicals and songs. His were call-and-responses to a world that he dearly dreamt could simply settle down and sing and dance.

I found a fragment that I’m certain he murmured more than once, curling the words in his brogue, “Why can’t dreams come true? Why can’t dreams be you?” But as far as I know that small passage exists only in unreliable memory and a smeared, frayed page from a Chandlers Inc. datebook, filled with an eighteen-year-old’s curlicued script.

It’s another season to go to the movies, eager for dreams, elemental gestures. It’s a dance, moving forward, moving back. Why can’t dreams be you?