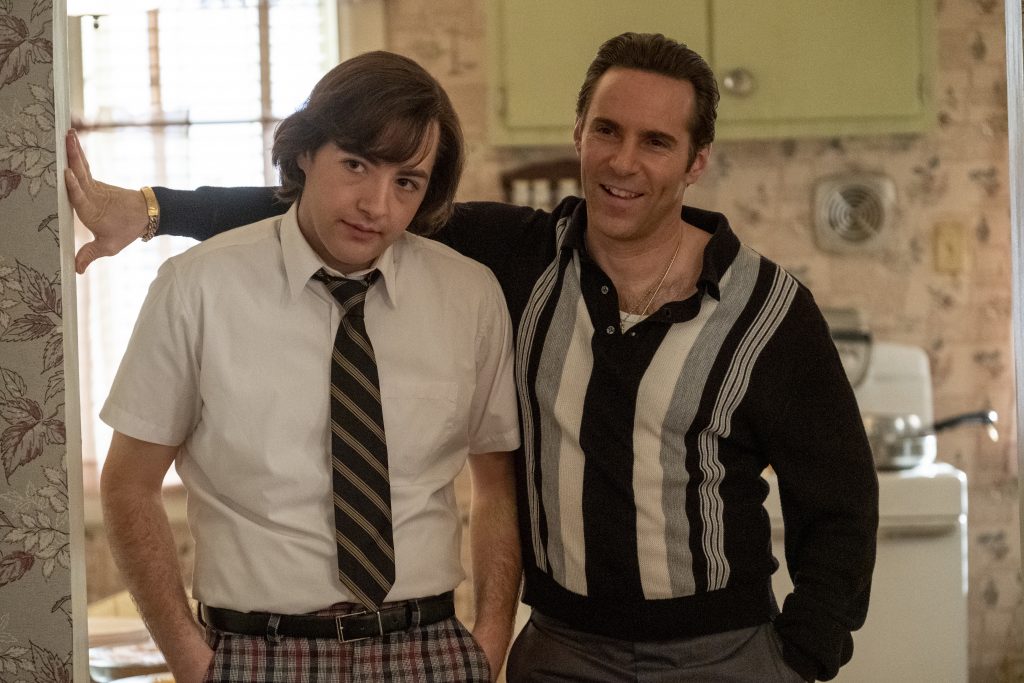 A few words from French filmmaker Julia Ducournau on the painterly references in her sophomore body horror picture, “Titane“; brief thoughts on “The Addams Family 2,” “Venom: Let There Be Carnage” and “The Many Saints of Newark” as well as an appreciation of the limbic limbo of Ben Platt’s widely derided lead performance in “Dear Evan Hansen.” Reaching for the sublime: two showings of Wim Wenders’ American canvas of majestic melancholy, “Paris, Texas” at the Siskel Film Center, which also hosts the Midwest Film Festival, with an opening-night local premiere of Maria Finitzo’s “The Dilemma of Desire.” And The Chicago Critics Film Festival has announced major attractions for its delayed 2021 stint at the Music Box in November; the event’s Brian Tallerico gives us a heads-up on titles and trends.

Cannes-prized “Titane,” which sounds like graceful body horror with bursts of escalating outrage, was not available for preview. Story: woman meets machine; woman, part machine, meets machines. The distributor could well be cautious over digital piracy: its definition of the title alone is enough to perk up the right ears and the very wrong ears. There’s a nice word in French, bruyante, as in noisy or clamorous, and the trailer for Julia Ducournau’s second feature after her cannibal family romance “Raw” (“Grave,” 2016) is genially bruyante, and promises fire and flesh and bodily tempering and intemperance. “I often used the word ‘malfunction’ to evoke the film’s transformations,” Ducournau says in the press kit. “‘Derailment’ too, because the story is peppered with machines and metal… We started by figuring out what machinery we’d need… And we discussed how to do something graphic without losing the characters in the process. When it comes to lighting, I work a lot within a cold/hot dichotomy. ‘Titane’ is concerned with metal and fire, so the cold/hot relationship had to be ever-present… We were constantly flirting with the limit, the limit being the cartoon: one step further and we could fall into cartoonish… We focused more on pictorial references than film references, the paintings of Caravaggio. I also showed [my DoP] ‘Summer Night’ by Winslow Homer and ‘The Empire of Light’ series by Magritte to give him an idea of what I was looking for in the contrasts. I wanted lots of colors, to break with the darkness of the story and avoid an impression of inescapable sordidness. For the many nude scenes, which I wanted to be as non-sexualized as possible, I tried to use lighting to reinvent the skin each time. Our work with color made it possible to bring new textures, meanings and emotions to the skin itself.” Music Box, Siskel Film Center. 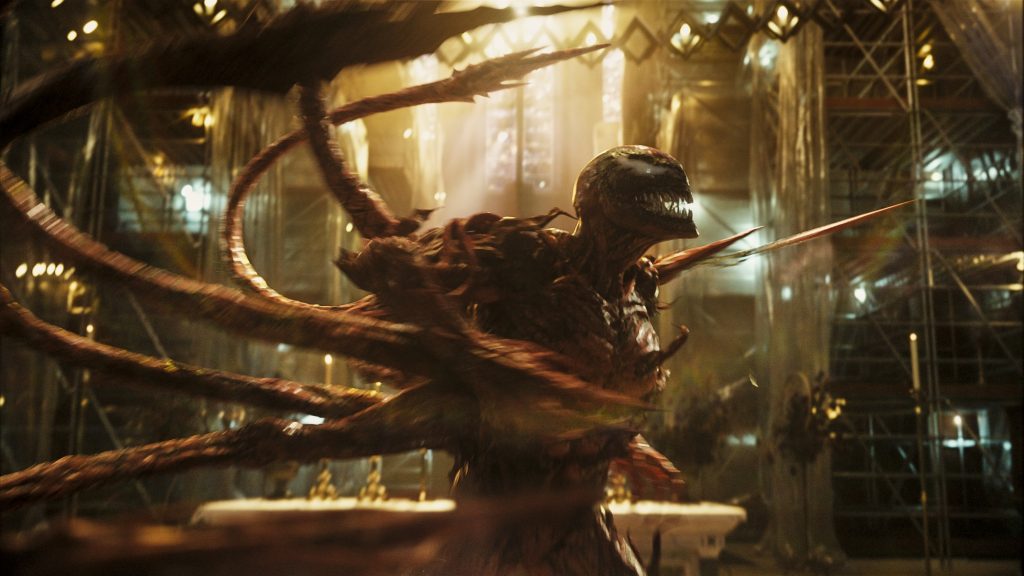 “Venom: Let There Be Carnage” 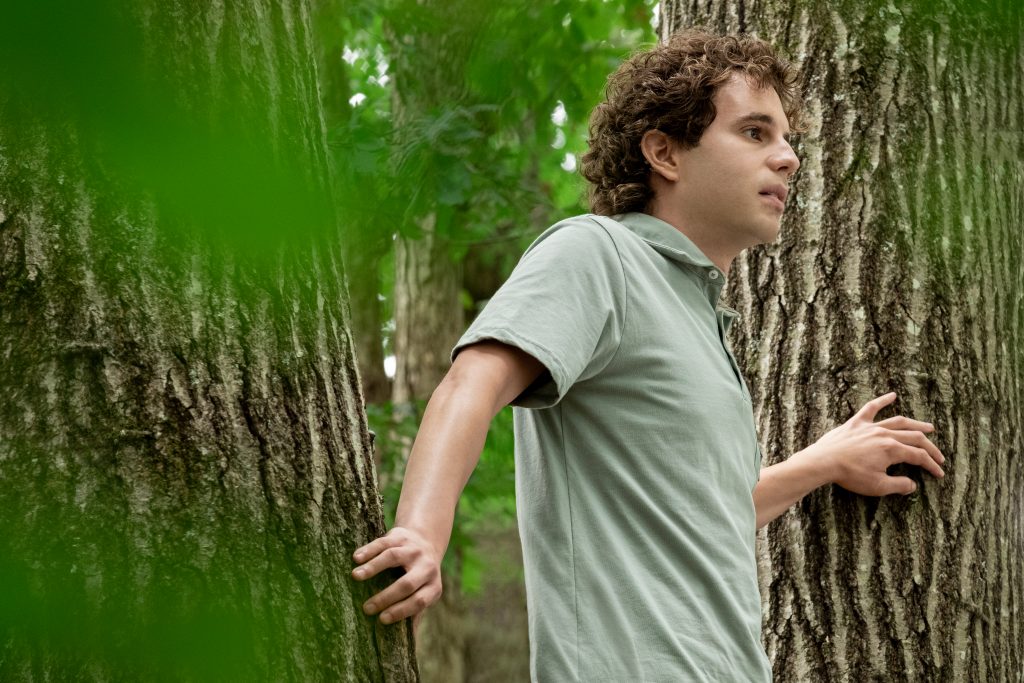 “Dear Evan Hansen” is a mood and a sensation that is precise and sloppy, wholly alarming, capturing the fact, the act of dissociation as daily reactivity, as reflex, the weight of waking and wakefulness when you are young and wish you were already dead. (Dead. Not insensate. Dead. As in d-e-a-d.) Ben Platt’s performance as a boy-slash-man whose nervous system is at constant war with his consciousness is one from the ages: it is hopeful—even when you dare look back into those ever-panicked eyes—even as trapped, trapped, even while rustling under the weighted blanket of ameliorating Pharma. He’s twitchy, twitchy as fuck. You want to look away but you can’t, there he is, there he is singing out his particular unfinished heart… It takes the patience of a saint to deal with those in your life who live a lasting, unceasing breakdown. Some of Julianne Moore’s radiant, eyes-to-God performance as a small flickering flame called Carol in Todd Haynes’ brutal, brutalizing “Safe” (1995) plays within her small-voice moments as the working-class mother who hopes to sustain her wide-eyed, increasingly wild-eyed child. (A relatively recent apotheosis of this level of adolescent reactiveness would be Anna Paquin’s magisterial performance in Kenneth Lonergan’s “Margaret,” but that’s on a level wholly other, and also without the cruciform contrivances onto which Evan Hansen is tacked.) Read Newcity’s full review here. (Theaters.) 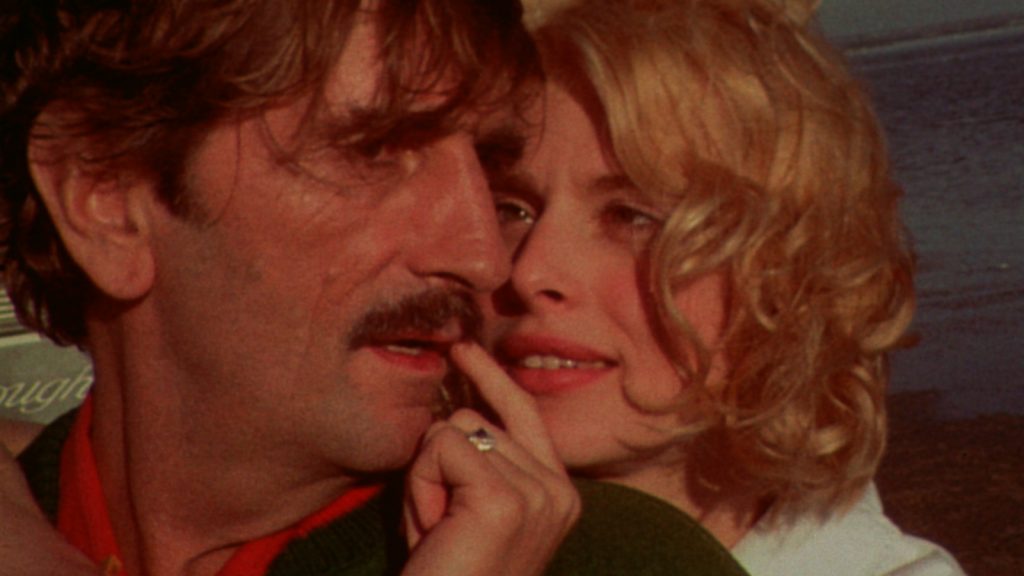 Wim Wenders’ “Paris, Texas” (1984): oh, the grief, the love, the loss;  the images by the great, late Robby Müller. The kinetic, the peripatetic; the still, the stilled. The beating heart. The lonely man. The lonely land. I should just sit down and write a letter to Wim Wenders. Shown on DCP. Siskel Film Center, Friday, October 1, Saturday, October 9.

Maria Finitzo’s “The Dilemma of Desire” opens the Midwest Film Festival. Finitzo [Newcity Film 50], whose documentary subjects range from stem-cell research to Chicago girls’ high-school sports to strong young women, told me during post-production that “The Dilemma of Desire,” is her most challenging feature-length film, “both a vérité and essay film about female sexual desire and women’s equality.” The tagline while in production: ‘There Is No Equality Without Equality of Pleasure.’” The multihyphenate traveled, starting in 2016, from Chicago to Berlin to Mexico to Brooklyn to Georgia, to San Francisco to Salt Lake City. “If my team of Diane Quon and Cynthia Kane producing, Liz Kaar editing, and I do it right, the film will initiate a conversation about female sexual desire that will empower women to embrace and own their sexuality by giving them language to talk about their desire without shame and embarrassment. What’s allowed for men, must be allowed for women. I believe that’s where equality starts and is at the heart of the film.” Midwest Film Festival, Siskel Film Center, opening night with guests and filmmaker in attendance, Saturday, October 2, 6pm.

The Chicago Critics Film Festival announced its first attractions for a delayed stint at the Music Box, November 12-14, and the pile-up of movies delayed from the past year and into the festival and awards season of 2021 is auspicious across the board. Presented by the Chicago Film Critics Association, the Fest returns in November to preview anticipated new films, including Chicago premieres and special guests. Attractions include Jane Campion’s Netflix-produced “The Power of the Dog,” screened in 4K video; Sean Baker’s man-on-the-margins seriocomedy “Red Rocket”; and Maggie Gyllenhaal’s directorial debut, “The Lost Daughter,” starring Olivia Colman, gonged for best screenplay at this year’s Venice Film Festival.

We had a quick catch-up with the festival’s Brian Tallerico.

What were the factors to do the fest now? It’s almost now or never for 2021…
More than anything, we didn’t want to miss another year. We had put together an incredible line-up for 2020 when we had to pull the plug in March of that year, and the thought of missing both 2020 and 2021 entirely kept me up at night. 2019 was our most successful year, and we didn’t want to lose any more of that momentum than we already had, and so we decided that, if we could do it safely, we’d do a weekend edition in the fall before returning for a full week in 2022.
Were there multiple considerations to pull the trigger?
Of course. Not only had the pandemic made the feasibility of a festival more unpredictable than ever but we have never tried to do this at this time of year, which changes a lot of the planning. I have to say that we also really wanted to be a part of a return to moviegoing for Chicagoans. Safety is paramount, but getting people back to the movies, especially at a landmark like Music Box, feels important for all of our mental well-being, and that was a factor, too.
I’m assuming you did all the screening/planning/negotiating that any year would entail, but were you always a hundred-percent convinced the fest could or would happen?
As a father of three who has gone through so many iterations of virtual schooling and precautions in the last year, I’m not hundred-percent convinced anything can or will happen on any given day. The landscape shifts and changes for all of us every day lately, not just in fest planning. I will say we always planned and operated with the utmost confidence that we could pull it off. You can’t get a project this big moving if you do it apprehensively.
Was this simply the best date—for the theater or for the start of the fall movie season and year-end  considerations for distributors?
It was a date that seemed viable for a number of reasons. First and foremost, we started planning this months ago and it felt like a date wherein enough of the population would be vaccinated that we would feel safer. It felt like a time when people might feel comfortable coming to the Music Box. And it was a small window after the major fall fests where we could program a weekend’s worth of films that might want a little year-end push before diving into 2022, which, believe it or not, we’re already programming.
Amy Taubin’s been watching movies remotely, including Cannes/TIFF/Telluride, and in a piece last week, she said she had seen almost enough for three top-ten lists so far (and she dislikes a couple of things that other reviewers like). She’s excited and hopeful, which is pretty good coming from a hard-to-impress eighty-three-year-old. Do you feel that way? Is the fest kind of a long-list of what you would consider the best of the year?
Yes, I’ve been watching a lot of fall festival films and seeing stuff for consideration for our fest, and it’s been a very strong run. I don’t know about three top-ten-lists, but I have to say that the programming we have at CCFF this year is as strong as anything we’ve ever produced. It definitely provides some reason for hope, which is why we do the festival in the first place.
Is there a trend that feels auspicious or cause to be hopeful?
For some reason, the first thing that came to mind is confident voices. Jane Campion’s “The Power of the Dog” and Maggie Gyllenhaal’s “The Lost Daughter,” as well as really every other film we’ve programmed so far, feel so strikingly confident. There’s no apprehension or desperation to please in these truly great movies. That gives me hope. Art endures when artists can create with confidence.
Ray Pride