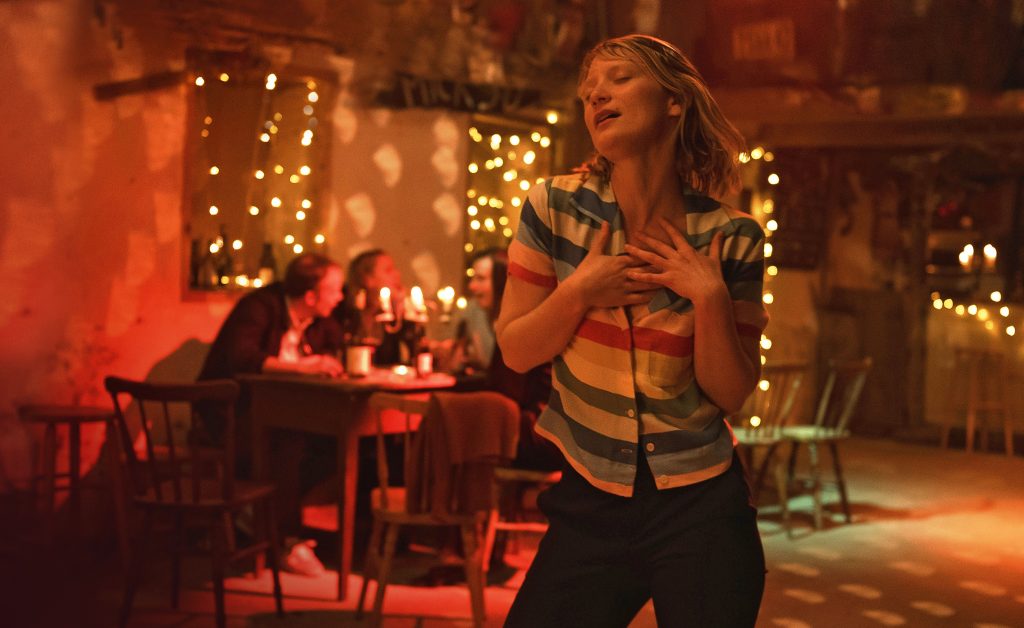 The fifty-seventh Chicago International Film Festival runs Wednesday, October 13 to Sunday, October 24. We have picks below. Five filmmakers have been announced for the first edition of CIX:LAB, Chicago International’s creative development track for narrative filmmakers. We asked four filmmakers in the fest—Rebecca Halpern with “Love, Charlie“; Joe Winston, “Punch 9 For Harold Washington”; Margaret Byrne, “Any Given Day”; and Holly Morris with “Exposure”—to tell us just how “Chicago” their films are. (Earlier, we talked to the makers of Kartemquin’s “For The Left Hand.”)

My take on festivals reviving as theaters reopen, “Why Can’t Dreams: Dancing Back Into Film Fest Season,” is the October film feature in the magazine. Michael Caplan’s assay of history’s most coruscating local literary voice “Algren” has its Chicago theatrical run beginning this week via Music Box virtual cinema. Several movies open Friday after a Chicago International debut, including David Gordon Green’s “Halloween Kills” in theaters and streaming on Peacock; Ridley Scott’s first of an autumn doubleheader only a few weeks apart, “The Last Duel,” (with “House Of Gucci” yet to sparkle), a period piece starring Ben Affleck, Matt Damon, Jodie Comer and Adam Driver, and adapted from “The Last Duel: A True Story of Trial by Combat in Medieval France” by Eric Jager by Affleck, Damon and Nicole Holofcener (“Friends With Money”); Mia Hansen-Løve’s “Bergman Island” and Todd Haynes’ “Velvet Underground.”

Chicago International opened with Wes Anderson’s “The French Dispatch,” which anyone can peruse next week, as is the case with “Dune” a week after its local debut. 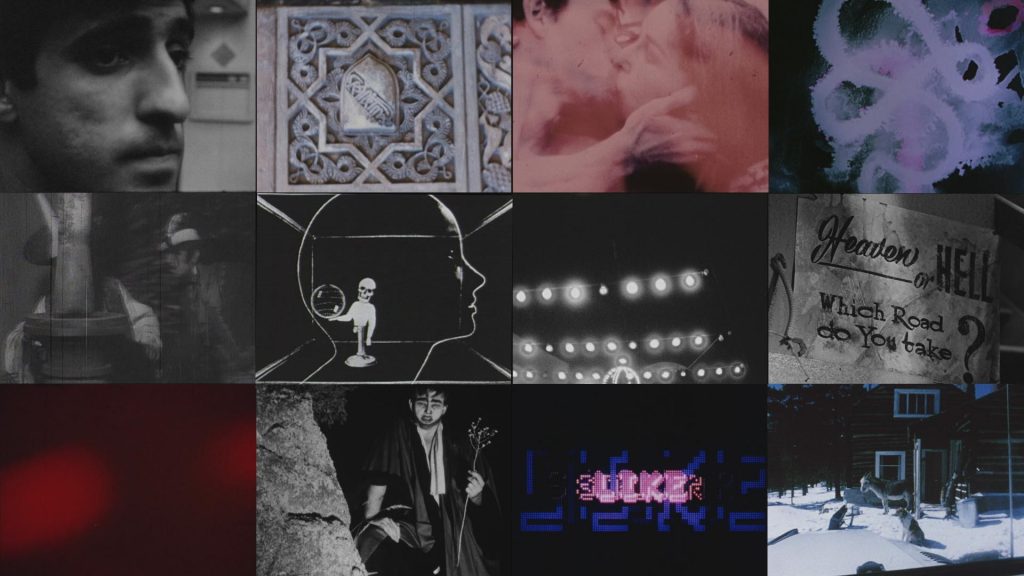 Todd Haynes’ “The Velvet Underground” is an intoxicating thundercrack, melding the history of the ever-iconic band and its members with the rough-ready-to-tumble New York City of the 1960s, transforming a lack of archival material in the band’s first moments into a virtue by drawing upon a treasury of American experimental filmmaking to illustrate the dreamscape of its era (especially in the film’s post-Warhol multiscreen passages). Todd Haynes applies the intelligence and formal joy to documentary that he does to his work in narrative: gosh, this is the thrilling real thing. The cash paid to license this archive footage must be more than the estates and foundations and filmmakers have seen in an age; the editing by Affonso Gonçalves, Adam Kurnitz is exquisite in form and pace; the images by Ed Lachman are, well, images by Ed Lachman; they sing in concert with the transformative sound. (CIFF; Friday, Apple Plus)

“Bergman Island,” from Mia Hansen-Løve (“Goodbye First Love,” “Things To Come”), is genteelly seductive but quietly subversive as it posits a pair of married filmmakers sojourning to the Fåröese redoubt of the Swedish filmmaker of the title: seeking inklings of Ingmar, they also find strands of themselves and the filmmaker protagonist finds her story. “I just bear witness to what they experience, to what happy and unhappy moments come out of it, and to what my heroine must do to come out on top. The film is about how something unlocks in Chris, how she embraces fiction, imagines a film–a film in the making that’s originally called ‘The White Dress’ but that could also be named Bergman Island in the end,” Hansen-Løve says in the film’s notes. With Vicky Krieps (“Phantom Thread”), Tim Roth, Anders Danielsen Lie (“Reprise,” “The Worst Person In The World”), Mia Wasikowska (“Crimson Peak”) and a cameo by Chicago filmmaker Gabe Klinger (Newcity Film 50). (CIFF; opens Friday, October 15, Siskel Film Center)

Almodóvar’s “Parallel Mothers,” a melodrama with mothers, regret, crossed communications and production and costume design from the gods, got waves of rapturous praise when it first debuted and most recently with its New York Film Festival play, and has even been dubbed the consummate Almodóvar picture. Sir Kenneth Branagh looks at his childhood in the black-and-white “Belfast” while Naples is the bursting-with-life site of “The Hand Of God,” the childhood reverie of Paolo Sorrentino. With “C’mon, C’mon,” Mike Mills also goes black-and-white, with a road trip with an uncle (Joaquin Phoenix) and nephew (Woody Norman) working out a provisional relationship. There’s some “This American Life”-style noodling, but it’s sure to be more in the style of Mills, who after addressing his father’s life in “Beginners,” his mother in “20th Century Women,” turns, symbolically, to the common oddity of fatherhood. As for full-on grown-up stuff, there’s Radu Jude’s bold and hilarious “Bad Luck Banging or Loony Porn.” The Romanian cinema: so it’s come to this! A schoolteacher who’s told to leave her job after a sex tape appears on the internet confronts the parents who want her gone. No other national cinema combines comedy and drama in such an understated and fulfilling way. 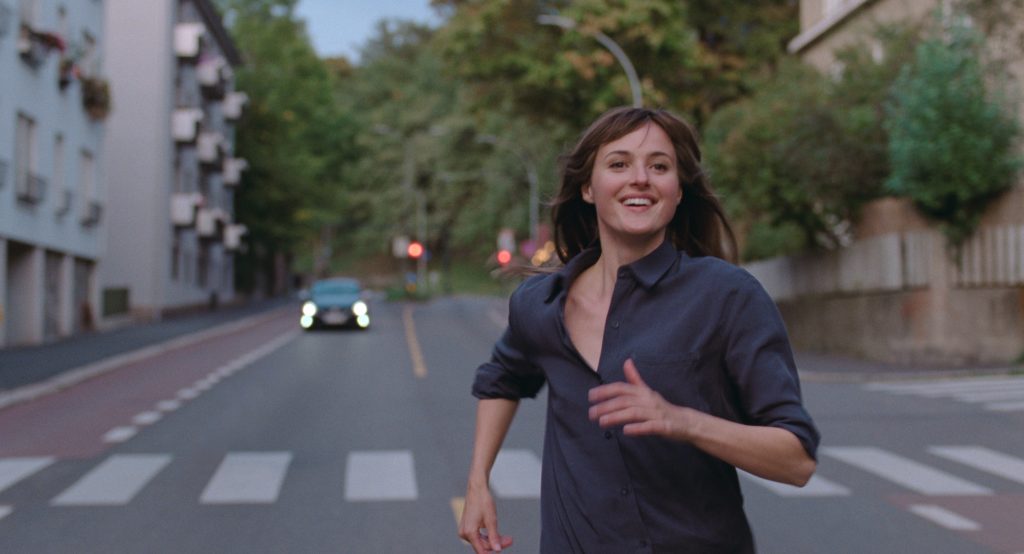 “The Worst Person In The World”

Joachim Trier and his co-screenwriter Eskil Vogt complete their “Oslo Trilogy” (after “Reprise” and “Oslo 31 August”) with “The Worst Person in the World,” which won best actress honors for Renate Reinsve, playing a mercurial thirty-year-old woman who’s worried the best is already over. Jacques Audiard’s mosaic film “Paris, 13th District,” is both unexpected and a dramatic delight, a tactile, dreamy adaptation in creamy black-and-white of Adrian Tomine’s Brooklyn-based graphic novel “Killing and Dying,” credited to Audiard, Tomine, Lea Mysius and Céline Sciamma (“Portrait Of A Lady On Fire”). Sciamma’s own “Petite Maman” is also on hand; its advance word about a fairytale-like rendering of a moment in a young girl’s life is rapturous. 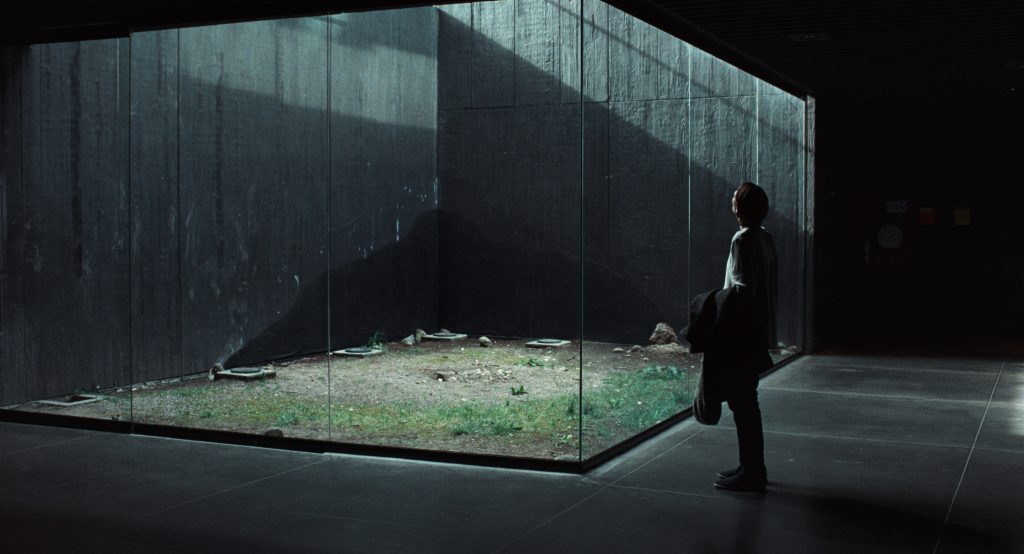 Other films that suggest there’s a world of marvelous moviemaking even if there’s doubt about how to distribute them after festivals and then recoup their costs: “Flee,” a bold, moving animated documentary about the travails of an Afghan refugee by Jonas Poher Rasmussen; “Wheel of Fortune and Fantasy” and “Drive My Car,” from this year’s festival circuit champion Ryusuke Hamaguchi (co-writer of Kiyoshi Kurosawa’s “Wife of a Spy”); Audrey Diwan’s “Happening” (L’Événement), a 1963-set French abortion drama about a student’s crisis, which won the Venice Golden Lion; new films by “Jackie”‘s Pablo Larrain (“Spencer“); Asghar Farhadi (“A Hero“); the great, empathetic filmmaker Andrea Arnold (the touchingly matter-of-fact life-in-a-barnyard documentary following an English dairy “Cow“) and too-long-missing Jane Campion (the Western “The Power of the Dog“).

Chicago-educated Thai director Aphichatphong Weerasethakul’s “Memoria,” starring Tilda Swinton, is the first film in English by the maker of dreams and trances. It’s a particular standout for its U. S. distribution scheme: NEON has announced that there are no plans for any availability after this festival run beyond theatrical exhibition, and the film will be available in only a single location on any given day across the country.

The festival deepens its longtime support for up-and-coming filmmakers and filmmakers who simply excel at the short form, with ten full programs of short work, which in all but name makes this fifty-seventh edition the Chicago International Short Film Festival as well.

Chicago International’s yearlong creative development track for Chicago-area narrative features in the works has announced its first five filmmakers. “After many years of giving filmmakers a platform through The Pitch, we’re very excited to give them more in-depth and substantive support for their projects through CIX: Lab,” Chicago International Film Festival senior programmer Anthony Kaufman says. “At next year’s pitch event, they’ll be more than ready to go and make some incredible Chicago-made films.” After receiving close advising and preparation throughout the year, the projects will be unveiled publicly at The Pitch at Industry Days at the 2022 Chicago International Film Festival. There, filmmakers will pitch their projects in front of a live audience and a panel of industry judges as well as have private meetings with producers, financiers and distributors. The diverse films include comedy “The Predicament,” writer-director Andre Muir, co-writer Jake Hutton; undead “The Orchestra,” Curtis Matzke; “All Things Considered,” James Choi [Newcity Film 50], in which a Korean mother helps her son with depression; Hannah Welever’s “Beards,” in which “queer best friends Gwen and Gordon moonlight as a straight couple to survive a family reunion”; and “A Real One,” by McKenzie Chinn [Newcity Film 50], about the revelation of a teen’s secrets in a South Side high school the week before graduation. More here.

With film festival season in full blossom, I recall earlier eras in filmmaking and my own film education and mentors in “Why Can’t Dreams”: “These memories didn’t come to me after plowing through the most recent Marvel movies. So many recent releases, the camera moves, but can it dance anymore? The small jolts came when I realized we’re in the midst of the autumn bacchanal of specialized film releases, which has more promising movies than ever. The late 2021 path is littered with pandemic-delayed movies from the past year-and-a-half as well as shining candidates to become long-distance runners of the awards game.”