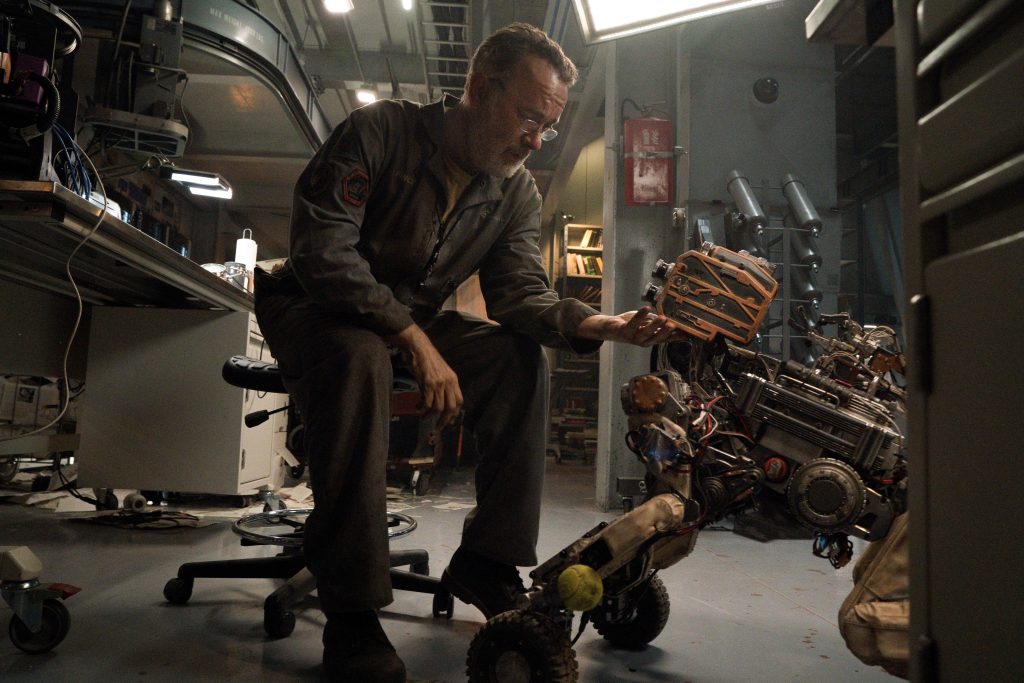 Opening wide, wider: Marvel’s “The Eternals,” crowds “Dune” off many larger screens (after “Dune” dropped sixty-two percent from its opening-weekend gross); Tom Hanks is alone again, but not lonely, with dog and robot by his side after the end of the world in “Finch,” streaming on Apple Plus; and productive renegade Jim Cummings turns his genre hand to the making-of-a-movie genre with “The Beta Test,” which opens Friday, November 5 at the Music Box. Honor Swinton Byrne and Tilda Swinton return to compound boxes-within-boxes of the telling of a young artist’s life, the life of the filmmaker herself, in Joanna Hogg’s “The Souvenir Part II,” in theaters. (Byrne is reportedly wearing Hogg’s own threads.)

In Chloe Zhao’s “The Eternals,” which was shot before her run of the Oscars with “Nomadland,” many, many actors, including Gil Birmingham, Kit Harington, Salma Hayek, Brian Tyree Henry, Angelina Jolie, Gemma Chan, Barry Keoghan, Don Lee, Richard Madden, Lia McHugh, Kumail Nanjiani, Harish Patel and Lauren Ridloff, jostle for screen time. “The Eternals are a race of immortal aliens from the distant planet Olympia who arrived on Earth thousands of years ago to protect humanity from a race of alien predators called the Deviants,” Marvel Studios synopsizes. “The Eternals were alerted to the Deviant threat by the Celestials, a race of cosmic builders who were first glimpsed in ‘Guardians of the Galaxy.’ The Eternals on Earth are a diverse and powerful group—a combination of thinkers and fighters, sharing the same cosmic energy, which manifests itself in different powers within each individual. When they work together these powers complement each other. When they are off-duty, they act like any other dysfunctional family group, supporting one another and squabbling in equal measures” in the adaptation began as a twenty-issue comics run, supervised by Jack Kirby in 1976. Are we worthy of such overseers? Are they any good at overseeing? What are the stakes if we puny ants are smothered? How’s that banter? Soon all will be known. Opens in theaters Thursday, November 4 in some locations and wide on November 5.

A middle-aged man and his dog and his robot: “Finch” finds Tom Hanks ten years after the end of the world in his usual bed of pain: alone again, but not lonely as possibly the last surviving human, with dog Goodyear and the robot Jeff (the restlessly peculiar Caleb Landry Jones) he has built to protect the dog after he dies. It’s Hanks’ second large-budget production (after “Greyhound”) to go directly to Apple.

Emmy Award-winner Miguel Sapochnik (“Game of Thrones,” “True Detective”) directs. Robert Zemeckis (“Cast Away”) is one of the many producers. What else can I tell you? Reviews are under embargo. Streaming from Friday worldwide on Apple TV Plus.

The twenty-seventh Black Harvest Film Festival opens Friday at the Siskel Film Center. Writes the Film Center: “After months of not gathering together, and as the fight for racial equality and justice continues to be waged, Black Harvest endeavors to present portraits of joy, power, resilience and resistance, and to discover and spotlight emerging, talented storytellers. We’re excited to share over twenty-five feature narrative and documentaries, six short film programs and tributes to both Gordon Parks and Melvin Van Peebles, the past, present and future of Black cinema is here, now, and spectacular.”

The twenty-eighth edition of the Chicago Underground Film Festival opens in a shorter form, presented by Full Spectrum Features on Friday-Sunday at the Logan Theatre. Schedule and descriptions for the compact event are here. We spoke to CUFF’s Bryan Wendorf and Full Spectrum’s Eugene Park a few weeks ago. Park tells us: “To my mind, ‘underground’ refers to films that are created outside the structures of mainstream financing, distribution and marketing. It can also embody a kind of ‘F-U’ toward the larger, dominant culture. This is very different from what is sometimes characterized as ‘independent’—i.e., a lot of indie filmmakers may be on the outside looking in, but this often coincides with a burning desire to be accepted by Hollywood gatekeepers. ‘Underground’ could care less about what Hollywood thinks.” To which Wendorf adds: “I always resist defining underground too rigidly, but at its most basic it refers to films that are out of the mainstream in style, genre or financing. What that specifically means is constantly changing, but CUFF is interested in the more countercultural fringes of independent cinema. We stand in stark contrast to what the late filmmaker and CUFF champion Sarah Jacobson referred to as ‘Indiewood.'” More here.

Doc Chicago also runs November 5-7, after a year’s hiatus: “Doc Chicago is an annual gathering for and by regional documentary filmmakers that provides a space to connect with each other, learn, and share ideas. Filmmakers representing every career stage are welcome to attend,” the event relays. “I surveyed filmmakers who had attended the 2019 Doc Chicago mini-conference and almost all of the respondents said that they were most eager to connect with other filmmakers and potentially find new collaborators,” organizer Ines Sommer tells me. “The hunger for connection and wanting to be part of a larger filmmaking community came across loudly. This makes a lot of sense given the isolation we all experienced during the pandemic. We’ve taken this desire seriously and made Doc Chicago as participatory as possible, with many opportunities for folks to share and connect with each other during the in-person portion of the event.” Doc Chicago will be a free, hybrid event with Friday afternoon sessions and a Sunday Grant Writing Workshop online, while an in-person gathering is set for Saturday, at the Chicago Cultural Center. (Pre-registration for both online and in-person admission is required via Eventbrite.) “Doc Chicago is a project of the non-profit Percolator Films, an organization I co-founded over a decade ago. This year, Doc Chicago is co-presented with the Chicago Film Office, which is a new partnership for us,” Sommer says. “Doc Chicago is intended as a gathering for documentary filmmakers from across the region and having a central downtown venue like the Chicago Cultural Center makes this a very accessible event for everybody. We’re also continuing to collaborate with other organizations like the Chicago Underground Film Festival, Chicago Filmmakers and Northwestern’s MFA in Documentary Media program.” A documentary shorts showcase co-presented with Chicago Filmmakers plays on Saturday evening, November 6, and a co-presentation of Meredith Zielke and Yoni Goldstein’s “A Machine to Live In” is part of the Chicago Underground Film Festival on Sunday, November 7. (Admission is charged for both of these events.) Descriptions of workshops and programs and schedule here. 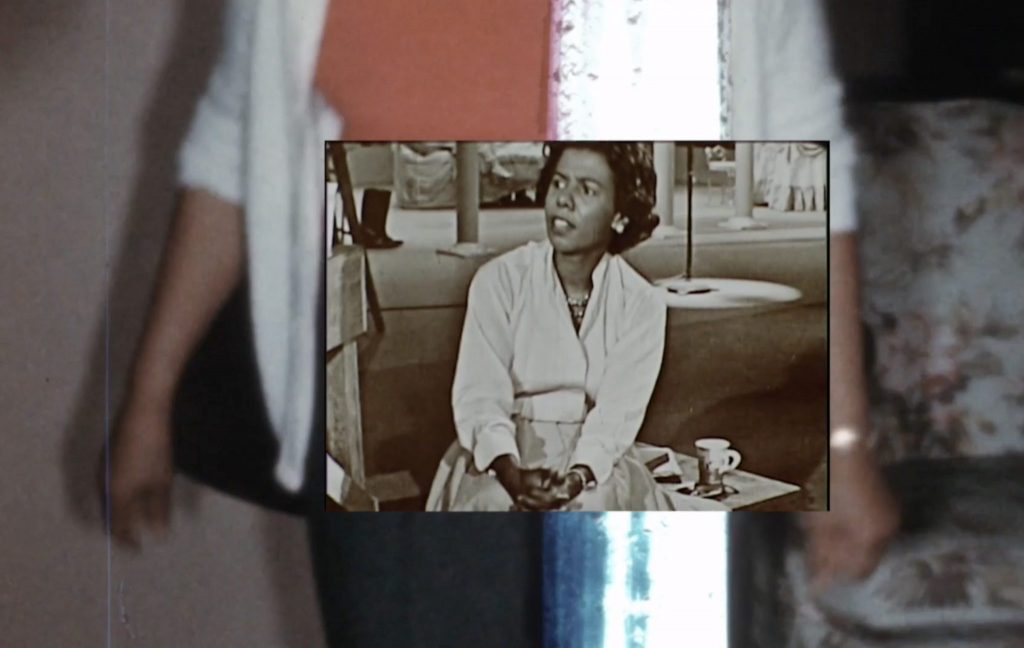 “to render the infinite”

As part of “Imagining Chicago’s Future,” Chicago Humanities Festival hosts a screening of “to render the infinite,” a film commissioned from visual artist zakkiyyah najeebah dumas o’neal and composer Ayana Contreras, which “repurposes archival footage from Chicago Film Archives’ extensive collection to imagine the city’s future centering Black women’s cultural contributions to Chicago, Black lesbian experiences, and notions of belonging.” The film will be followed by a conversation with o’neal and Contreras about “how the creative process be turned toward imagining a different Chicago.” CHF presents this event in partnership with Art Design Chicago Now (a Terra Foundation for American Art initiative) and the Chicago Film Archive. Columbia College Student Center, November 6, 1:30pm-2:30pm. More here. 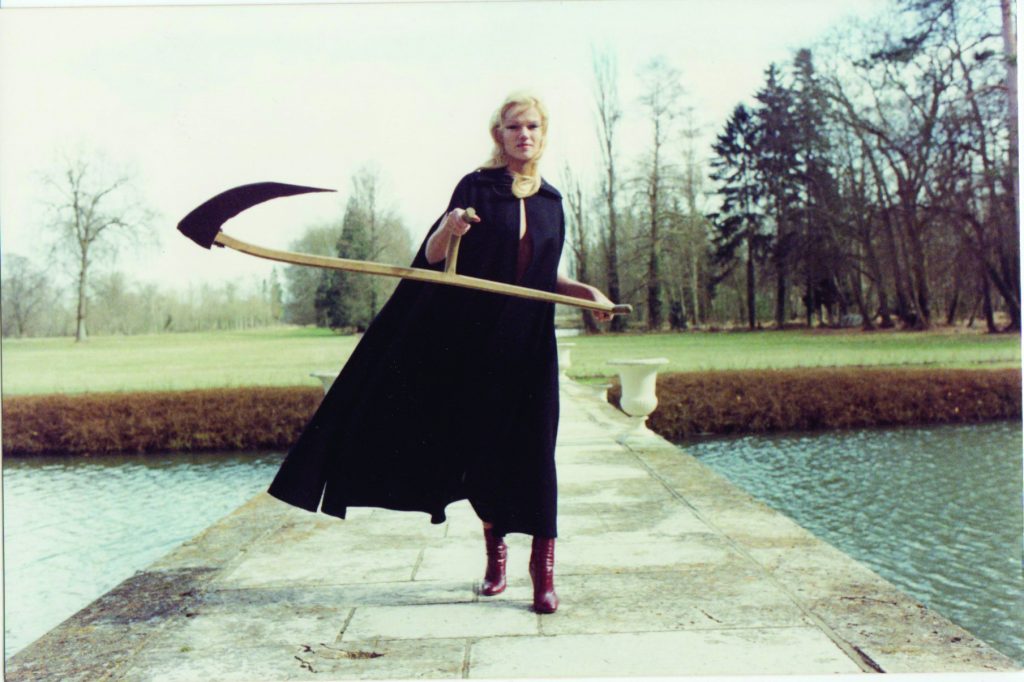 In the enterprise’s second month, Kino Lorber and Giant Pictures add twenty more pictures to stream on Kino Cult, an ad-supported streaming site for horror and cult films. They promise a library of hundreds, including five films from the prolific exploitation auteur Jess Franco, and a jangle of Gialli keyed to the release of “Last Night In Soho,” including Mario Bava’s “Five Dolls For An August Moon” and Pete Walker’s “Schizo.” Kino Cult also adds two titles—”Sympathy for Mr. Vengeance” and “Lady Vengeance”—from South Korea’s Park Chan-Wook’s vengeance trilogy. Looking toward Paul Verhoeven’s “Benedetta,” the company looks back at “nunsploitation” with movies including “Italian exploitation classic” “Sinful Nuns of St. Valentine” and Jess Franco’s “The Demons.” Other new programming includes Jean Rollin’s “Fascination” and Juan Fortuny’s “Crimson.” Says Kino Cult curator Bret Wood in a release, “In our second month of operation, Kino Cult is not only beefing up its library of midnight movie essentials, but guiding viewers into weird niches that encourage deeper exploration. We want to rekindle the thrill of discovery that some of us remember from attending actual midnight movies, surfing basic cable after all the broadcast channels have gone off the air, or spending hours wandering the aisles of mom-and-pop video stores. There is still much to be discovered!”
Ray Pride