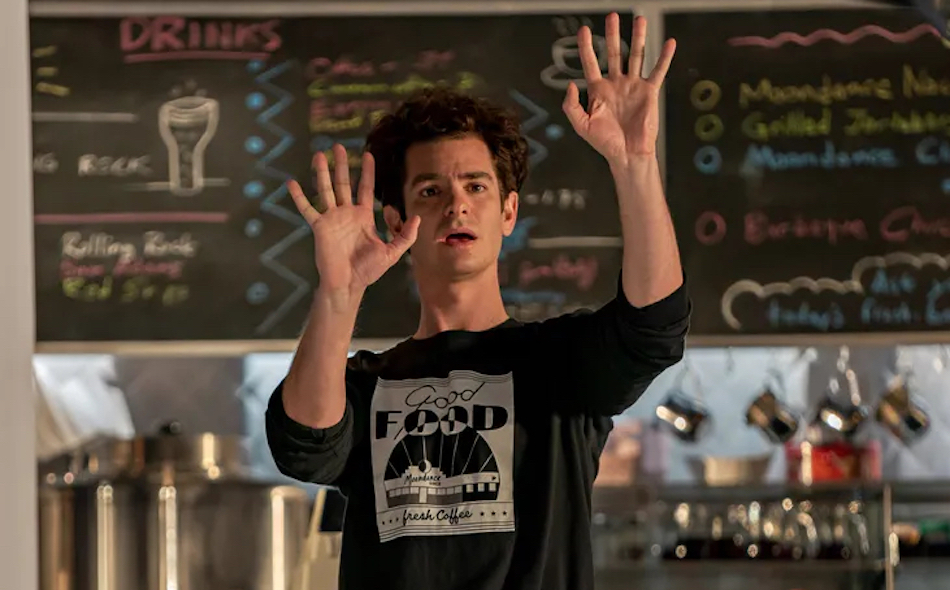 It’s the last breath before the Thanksgiving and Christmas rush of would-be theatrical smashes and art-house titles seeking love and awards nominations, with Will Smith in “King Richard“; an appropriately eccentric cast for Jane Campion’s Western, “The Power Of The Dog“; “Ghostbusters” rebooted as a generational drama; Andrew Garfield in a powerhouse musical performance in “tick, tick…BOOM!“; and Ethan Hawke as twins in Abel Ferrara’s Rome-in-neverending lockdown spy thriller “Zeros And Ones.” Plus: Cinespace Studios sells for north of a billion dollars; the IATSE film workers’ union ratifies a contract (barely); Chicago Critics Film Festival and Chicago Underground announce awards; and Chicago Media Project and Mezcla Media launch the Shifting Voices Film Fund, the first national grant coming out of Chicago to support BIPOC filmmakers. 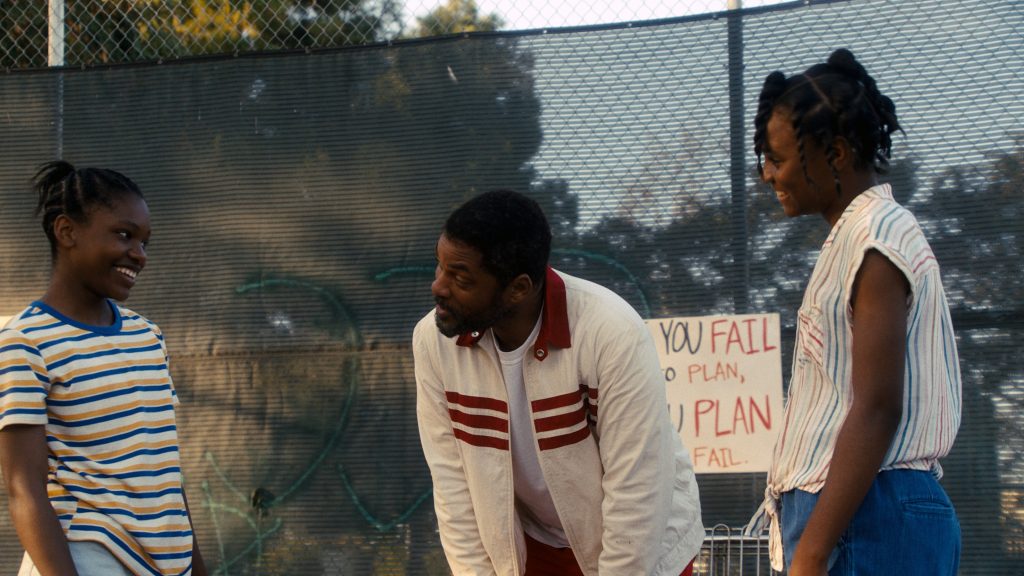 “King Richard” is the story of the flawed paterfamilias of the Williams clan (Will Smith), who trains the two young girls who would grow up to be Serena and Venus Williams. Are there lessons to be learned from his success? In theaters from Friday, November 19 and on HBO Max for thirty-one days. 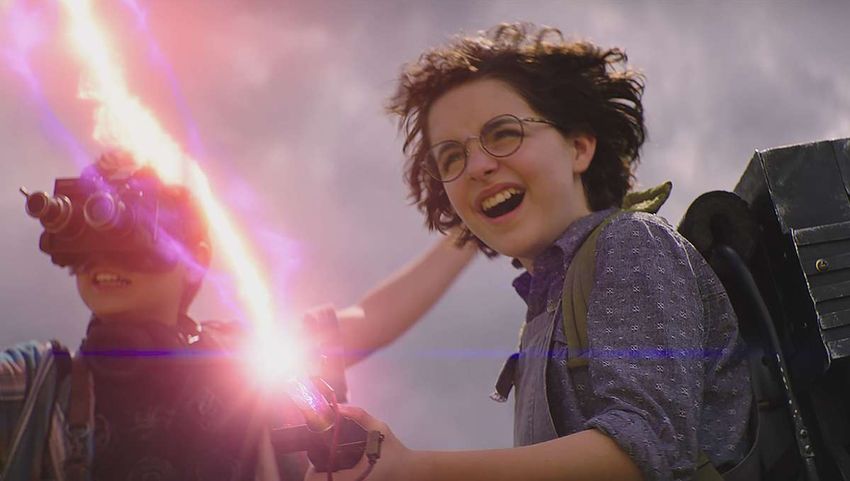 The most talk online in the days leading up to the dramatic reboot, “Ghostbusters: Afterlife,” has been the bold, unreflective self-promotion by director Jason Reitman, who has referred to the “literally hundreds” of “Easter eggs” embedded in the latest IP, and of how he had to face up to his “legacy” in directing another edition of the content. (While directed by the director’s father, Ivan Reitman, the writing of “Ghostbusters” and “Ghostbusters II” is credited to Dan Aykroyd and the late Harold Ramis.) Not available before deadline. In theaters from Friday, November 19.

What could have been trying material turns out to be a pungent feature directorial debut for Lin-Manuel Miranda. “tick, tick…BOOM!” is elevated from Jonathan Larson’s autobiographical musical into an intent portrait of a historical era as well. Andrew Garfield’s trademark intensity serves the material marvelously, as screenwriter Steven Levenson (“Fosse/Verdon,” “Dear Evan Hansen”) mixes in the man alongside not-so-incidental glimpses of pre-hyper-gentrification 1990 New York City. A man who seeks meaning, but also beauty and joy. (As his questioning girlfriend, Alexandra Shipp is both booster and ballast.) The urge to create is presented as a vital necessity rather than a function of ego. Jon is living in his own musical: the streets of New York are (were) alive with the likes of him, as well as his friends facing the fury of the AIDS crisis.  Combined with Garfield’s vivid, impossibly energetic performance, that instinct serves the material, pushing to the edge of insufferableness but never careering into it. “tick” is small and “tick” is big, and very, very touching. In theaters and on Netflix from Friday, November 19. 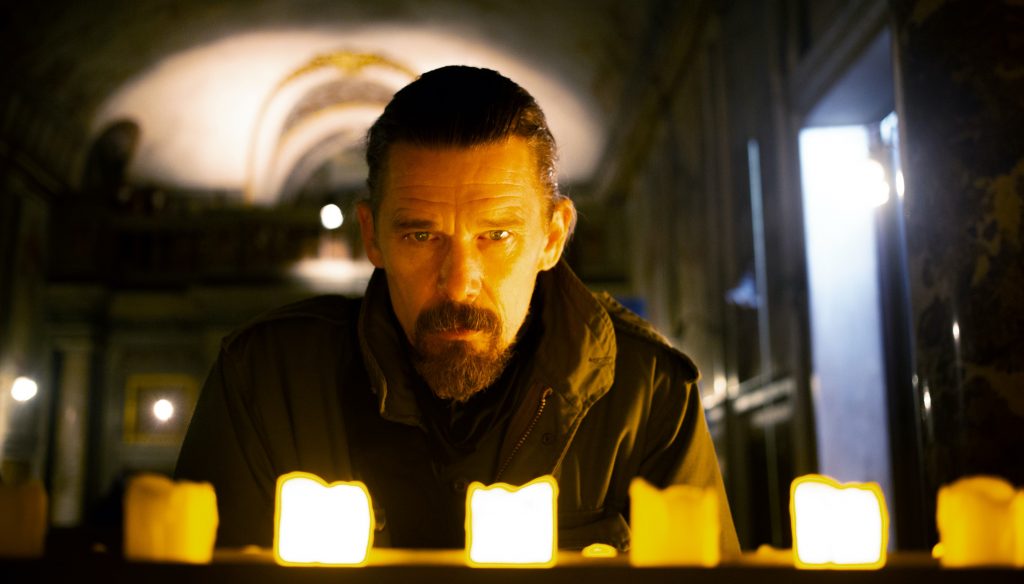 Abel Ferrara has been productive in recent years—six released features or documentaries since 2019—and at the age of seventy, he’s still seeking sensation; the sensations of living or trying to live, if not necessarily his sensationalism of yore. The gritty, grabby experimental post-“Bourne” spy thriller, “Zeros And Ones,” is blatantly, openly a lockdown and pandemic picture, posits Ethan Hawke as twin brother characters in Rome in the near future: J.J., a soldier who is out to prevent an imminent mass terror attack, and Justin, his jailed brother, a ne’er-do-well, a rebel, maybe even a revolutionary, who may hold key information to prevent the detonation of a city under siege. Ferrara is interested in the literal night and the nights of the soul, but also in the digital netherworld we also occupy. (Yes, there will be Zoom calls.) Life, war and pandemic persist. Discomfort and disorientation mark these dark, dim streets—shot in deserted non-tourist parts of the Eternal City during Italian lockdown—as well as Ferrara’s other recent, Rome-set pictures: this is hardly a predictable film. Cinematographer Sean Price Williams proves a master of gloom, images matching the dense thematic murk. 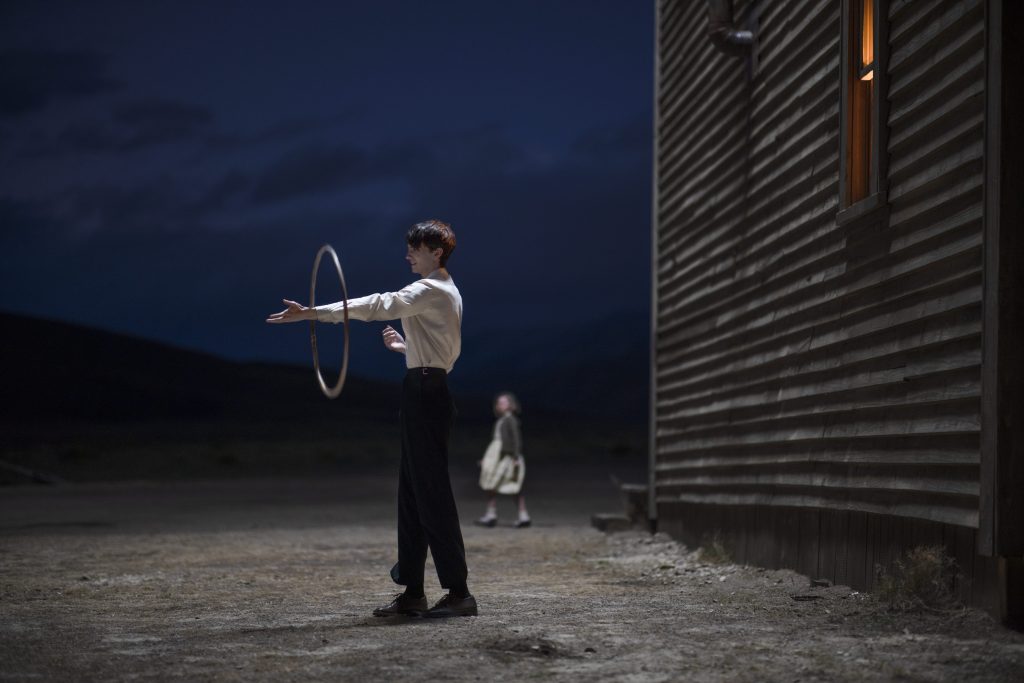 “The Power of the Dog”

TPG Real Estate Partners, which recently bought a stake in Berlin’s Studio Babelsberg, is paying $1.1 billion for Cinespace, reports Deadline. “Cinespace Chicago opened in 2010 and currently operates thirty-three stages, with an additional fifteen stages undergoing development or conversion on more than sixty acres. Illinois has a 30% tax credit that runs through 2026.” TPG, which owns TREP, is a major investor in talent agency CAA, along with ownership interest in Univision, Vice and STX Entertainment. Current management, including present owner Alex Pissios will be out.

IATSE, the union that represents “60,000 film and television crew workers voted to ratify a new three-year contract with Hollywood studios, resolving for now a labor dispute that had threatened to disrupt productions nationwide,” reports The Los Angeles Times. “The vote was extremely close, with only 50.3% of the 60,000 members affected by the two contracts voting in favor of the agreement. IATSE uses an electoral college style system through which locals are assigned delegates based on their size of memberships.”

Shifting Voices Film Fund is the first national grant coming out of Chicago to support Black, Indigenous and People of Color filmmakers, coming from CMP And Mezcla Media. “We are thrilled to be working in tandem with Mezcla Media Collective on this inaugural fund. Their innovative approach to supporting women and non-binary filmmakers of color fits directly in line with the ethos of the fund, and brings a wealth of knowledge to ensure overall success,” CMP founders Paula Froehle and Steve Cohen [Newcity Film 50] relay in a release. The hope is to open access to capital and resources for underrepresented voices in media. “While the national rhetoric around race experienced a major shift in 2020, BIPOC filmmakers still face major structural barriers to getting their stories told within the independent media space.” The Shifting Voices Film Fund is open to stories and media developed by BIPOC creators. The fund will primarily support feature-length films-in-progress, and is looking to work with stories that spotlight historically excluded cultures, histories and experiences. Mezcla founders Colette Ghunim [Newcity 2020 Filmmaker of the Moment] and Elena Valentine [Newcity Film 50] say in the release: “The issue has long been about access and ensuring that we can provide sustainable support to drive change through documentary film. We are thrilled to partner with an organization like CMP who understands this. And more importantly, together we are rethinking existing processes to make this film fund more equitable, inclusive, and positive for all stakeholders involved.” Applications for the Shifting Voices Film Fund are open, and will close at 11:59pm on November 22.The application and FAQ are here.

Chicago Underground Film Festival announced its awards: After twelve programs—six features and six programs of short films—over a three-day weekend, the 28th Chicago Underground Film Festival’s Awards were presented Sunday at the Logan Theatre. The jurors presented six awards and three honorable mentions for “achievements in global underground and experimental filmmaking.” This year’s jurors were Shayna Connelly [Newcity Film 50], Emily Eddy [Newcity Film 50] and Anuradha Rana [Newcity Film 50]. Honorable Mentions: “Feast,” Tim Leyendekker; “Cycle One,” Serge Garcia; “I’ve Been Afraid,” Cecelia Condit; “When the Sea Sends Forth a Forest,” Guangli Liu; “The Truth About Hastings,” Dan Schneidkraut. The Eco/System Award to “A Machine To Live In,” Yoni Goldstein & Meredith Zielke; The Learned by Time Award to “Space Lady,” Sophia P Feuer; The City So Real Award to “Make A Distinction,” Andrew Mausert-Mooney & Kera MacKenzie [Newcity Film 50]; The Right To Belong Award to “Letters From Your Far Off Country,” Suneil Sanzgiri; The Geological Anxiety Award to “Fracture,” Laura Kraning; The Decolonize This Award to “.srt,” Africanus Okokon; and The Made in Chicago Award to “Pharmakosis,” SL Pang. The Audience Award voted on by festivalgoers went to “Other, Like Me: The Coum Transmissions and Throbbing Gristle Story,” Marcus Werner Hed and Daniel Fox.