Smaller movies with large ambitions arrive for the long holidays: In New York and Los Angeles, Paul Thomas Anderson’s “Licorice Pizza” cruises the lore of the San Fernando Valley of 1973 with breakout presence Alana Haim, but Chicago doesn’t get its sweetness until Christmas Eve at the Music Box in 70mm; Mike Mills sees black-and-white America and a kindly Joaquin Phoenix in “C’mon, C’mon“; writer-director Stephen Karam adapts his Tony Award-winning play, “The Humans,” following three generations of a Pennsylvania family—bringing the talents of Richard Jenkins, Jayne Houdyshell, Amy Schumer, Beanie Feldstein, Steven Yeun and June Squibb—to a lower Manhattan Thanksgiving; Sir Ridley flashes on the downfall of the “House of Gucci” with style and endurance; “Procession,” Robert Greene’s daunting yet magnificent documentary about a group of men coming to terms with their childhood abuse at the hands of men in the Church, is on Netflix, as is “Bruised,” in which Halle Berry stars in and directs the story of an aging MMA fighter; a choice remark about commentary on “King Richard“; local production “Christmas with Felicity” drops in on AMC+ for the holidays; Philip Kaufman’s wondrously simple, terrifying “Invasion of the Body Snatchers” (1978) arrives in a new restoration on Blu-Ray and UHD 4K. Plus: an impassioned post on Instagram by the normally reticent Iranian filmmaker Asghar Farhadi (whose “A Hero” opens in theaters in January before Amazon Prime); and a sweet sup of life arrives in Stanley Tucci’s memoir, “Taste: My Life Through Food.”

Stately and maniacal Sir Ridley, at the age of eighty-four, takes the loupe to the dangerous extremities of the most murderous alien lifeform: the sociopathic very rich. But dear God, Sir Ridley, are you mad? The gaudy, gleeful, elephantine “House of Gucci” takes the very concept of camp and swings it over its head. Or is it the very notion of “acting” that’s making that high, whirring sound? Lady Gaga, Jared Leto, Jeremy Irons, Jack Huston, Salma Hayek and Al Pacino nearly have their glory stolen by a smiling Adam Driver we have not seen before. Who am I kidding? There’s acting, there’s ACTING, acting, acccccccting and a pleasing panoply of shouting, shrieking and wheedling voices. There’s splendid body acting, too: Pacino leaning away from distasteful things; Irons seems to fold his body just by pursing his lips; Jared Leto… welllll…. Jared Leto. You’ll see what I mean. Even if “House Of Gucci” didn’t lather on the drone shots, this is helicopter filmmaking: dipping down, whooshing up, slashing off to the side at any given instant, and that includes formally, morally, emotionally. The editing is fleet, spritely, even antic: the swift, pungent cuts from scene-to-scene are often Hitchcock-style larks, including a man’s howl of despair matched to a horrible car horn blaring. There’s on-the-nose punch in the incessant needle-drops, too: Eurythmics’ “Sweet Dreams (Are Made Of This)”; Blondie’s “Heart of Glass”; Soft Cell’s “Tainted Love”; Pet Shop Boys’ “It’s a Sin”; David Bowie’s “Fashion” and “Fame”; “Mambo Italiano” and on and on. “House of Gucci” is a Platonic ideal of rollicking batshit, a succession of vitrines of vulgarity, a smutty wonder as much as it is a murder thriller. It rests alongside, astride, Ridley Scott’s previously most outré late outing, “The Counselor” (2013). Cormac McCarthy’s screenplay for that scorpion sting is laced with the bile of human unkindness; “House of Gucci” injects the higher poison of hysterical self-preservation. The film’s last line simmers, a vicious snap turning on earlier versions of “A Star Is Born”‘s “I’m Mrs. Norman Maine.” For most of its extreme length, I was thrilled by “House of Gucci,” but I can be counted on to be a sucker for perverse, brilliantine, shameless crackpot. As Lady Gaga’s Patrizia Reggiani Gucci puts it: “I have been—very—fucking—pleasant.” Theaters.

Entertainment writer Rebecca Theodore-Vachon has the most pertinent remark I’ve seen about “King Richard,” the Will Smith vehicle that premiered on HBO Max and in theaters last weekend to soft result: “I’m pretty sure when Serena and Venus Williams want a biopic made about them they will FUCKING DO IT. I’m so sick of folx talking over Black women and continually depriving us of our agency. Shut up. Seriously.” 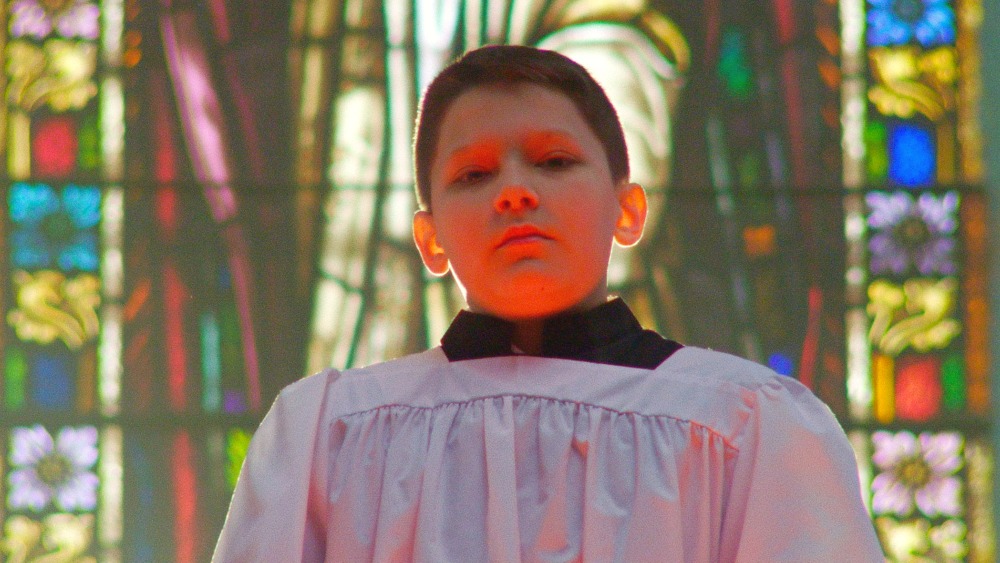 Filmmaker Robert Greene, whose questing earlier work includes “Kate Plays Christine” and “Actress” (as well as acting as house editor for Alex Ross Perry), makes huge strides in his bold blends of fiction and nonfiction with each passing film. He’s arrived at a new plateau with the extraordinary, even incendiary “Procession,” a collaborative effort including dramatic reenactments with six Midwestern men who were sexually assaulted in childhood by Catholic priests and clergy. (“Procession” is credited as “A Film By” the six men, followed by the names of Greene and the key fifteen members of his crew in alphabetical order.) In the use of fictional means to face abuse, the bold collaboration, parallels, at least formally, Joshua Oppenheimer’s “Act Of Killing,” in which the filmmaker encourages elderly Indonesian gangsters to face murders they had committed as staged movie scenes. That film is arch, but there’s an ache to “Procession” and abiding compassion: Greene’s emotional wariness is tempered by intellectual rigor. This is an experiment without a tightrope: grief is faced, enacted, parceled out. Greene enlisted a drama therapist, Monica Phinney, who oversaw the recreated scenes. He wasn’t certain the movie should even be made, Greene told Deadline. “Basically, the first day of filming, which you see in the film, that could’ve been the last day of filming. We started the meeting saying, ‘Today isn’t about what we’re going to do. Today is about whether we should do it.’” There is evil, and it can be faced. “Procession” speaks to community, fluently; inquiry, passionately; healing? It can come. (Tears, too.) This is radical work, work of the mind, yes, but work of the heart at its highest. Netflix.

Throughline Films’ latest feature premieres Thanksgiving Day on AMC+. “‘Christmas with Felicity’ follows a struggling young baker in no mood for the holidays who returns to her small hometown, where her festive family and a handsome farmer try to get her back in the Christmas spirit,” Throughline relays. The movie was shot in Long Grove, Glenview, Palatine, Barrington and Buffalo Grove with a local cast and crew, including director Jack C. Newell [Newcity Film 50]. Trailer here. 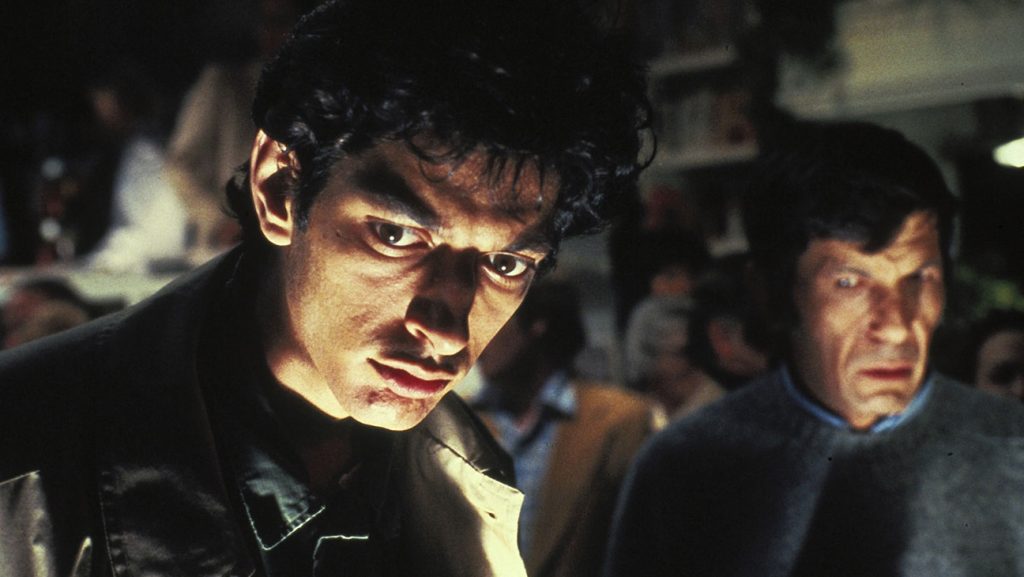 “Invasion of the Body Snatchers”

Tech bits first: the new Blu-Ray and 4K double-disk edition of Philip Kaufman’s “Invasion of the Body Snatchers” (1978) is a “newly restored HDR Dolby Vision master from a 4K scan of the original camera negative.” The next part: it’s so very good to see one of the less-heralded pictures of the late 1970s, when the “Hollywood Renaissance” still had the studio finance to make movies as clear-eyed and wooly-headed as this. The paranoia quality of the movie starts with W. D. Richter’s elliptical screenplay and Michael Chapman’s camera, which captures dark beauty and adds hallucinatory planes of color and shadow in a movie shot almost entirely on practical locations. Donald Sutherland, Brooke Adams, Leonard Nimoy, Jeff Goldblum and Veronica Cartwright are all on Kaufman’s wavelength: sustaining mood like this is a feat of uncommon bravura. 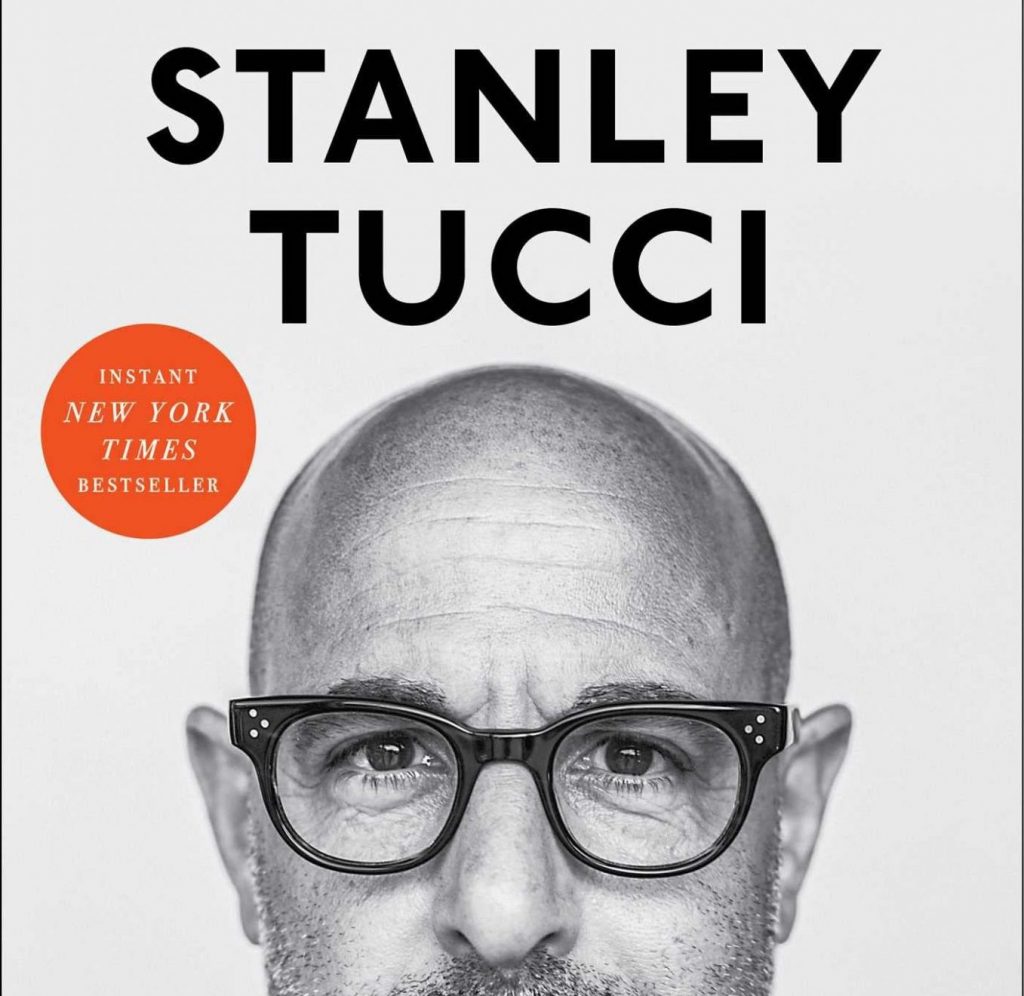 A memoir by Stanley Tucci is in the world, “Taste: My Life Through Food: “Everything about Tucci’s public life suggests taste, good taste, superb taste, and his absorbing memoir runs with it: ‘Taste: My Life Through Food.” Multiple meanings lie within that title, including a barb that he reserves until nearly the end of the book. Three years ago, before his six-episode 2021 CNN series, ‘Stanley Tucci: Searching For Italy,’ he lost his sense of taste while being treated for oral cancer. Tucci, cancer free, says his sense of taste and smell has heightened now after recovery.” (My review here.) (I didn’t mention it in the review, but Tucci is also a generous and hilarious name-dropper throughout the book, my impulse for mentioning a couple of the times I’ve run into him.” 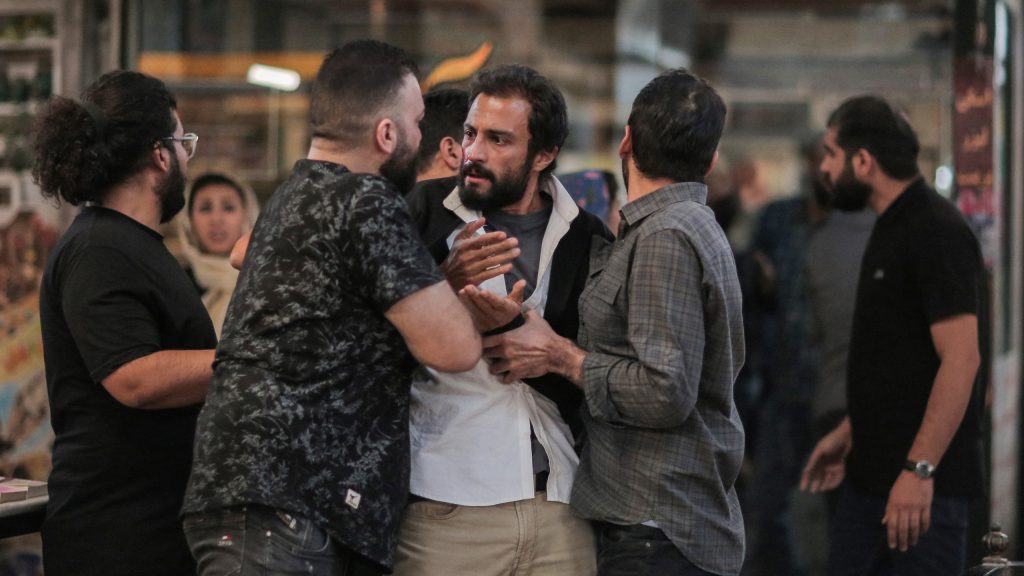 Multiple Oscar-winner Asghar Farhadi has long been reticent about how his exceptional films are treated by his homeland of Iran, which has chosen his latest, “A Hero,” as the nation’s nominee for this year’s Best International Film Oscar. (Here’s the Amazon trailer.) Last week, Farhadi posted at length on his Instagram account; here’s an edited portion, rendered from Farsi by Google translate. “Over the years, I have… always focused on writing and filmmaking. It was thought that the answer to many of the… slanders and vandalism in my work would be answered and no explanation needed. But this silence has led some to unilaterally express what they have in mind, with the assurance that Farhadi will not enter and will not respond. The excuse for this article [that Farhadi is responding to] is the statement of a person I do not know and who has attributed me to the government and abroad at the same time. Let me be clear: I hate you!

“How can you deceitfully attribute me to a government whose extremist media has spared no effort to destroy, marginalize and stigmatize me in previous years… How do you attribute [this to me] when you have repeatedly picked up my passport at the airport and set up interrogation sessions? How do you attribute me to a government that has repeatedly sent the message: ‘It is better that Farhadi does not return to Iran’? … If the introduction of my film by Iran for the Oscars has led you to the conclusion that I am in the shadow of your flag, I explicitly declare that I have no problem canceling this decision. I no longer care about the fate of the film I made with all my heart; Whether in Iran or outside Iran. This film is made and if it has a soul, it will remain, if not, it will be forgotten.”