“The Tragedy Of Macbeth”

Lana Wachowski’s “The Matrix Resurrections” and Paul Thomas Anderson’s “Licorice Pizza” rear their wooly heads at the end of a fuzzy year; Joel Coen’s “The Tragedy Of Macbeth” is a fearsome hallucination in stark black-and-white; and Adam McKay’s “Don’t Look Up” is a manic manifestation of calculated hysteria about the end of the world. Plus: Matthew Vaughn continues his quietly remunerative succession of nasty, louche, carbohydrate-rich action send-ups with “The King’s Man“; and a new feature directed by Denzel Washington, “A Journal for Jordan” opens at Christmas, a love story with Michael B. Jordan as an American soldier in Iraq who tends a journal for his infant son. The secretive “The Book of Boba Fett” sidles onto Disney Plus on December 29, so secretive that co-star Jennifer Beals says when she showed up to set she didn’t know which of the “Star Wars” offshoot product lines she was working on.

“Licorice Pizza” may be the closest Paul Thomas Anderson has come to channeling the work of his master, Robert Altman, with overlapping stories and characters that don’t necessarily intersect in terms of plot, but cumulatively build unexpected and sometimes inexpressible emotional connection. The onrushing last ten minutes of the movie feel as Altmanesque as anything Anderson has done, lacking only an abrupt sudden death that lurks potentially in the film’s growing dark. But from dark comes light and from running, running, running, a destination arrives. The golden retriever and the greyhound have their moment that lasts as long as the image, until, resolved-not-resolved, it ambles into tender memory. Our review is here. In theaters, including the Music Box in 70mm for a limited time. 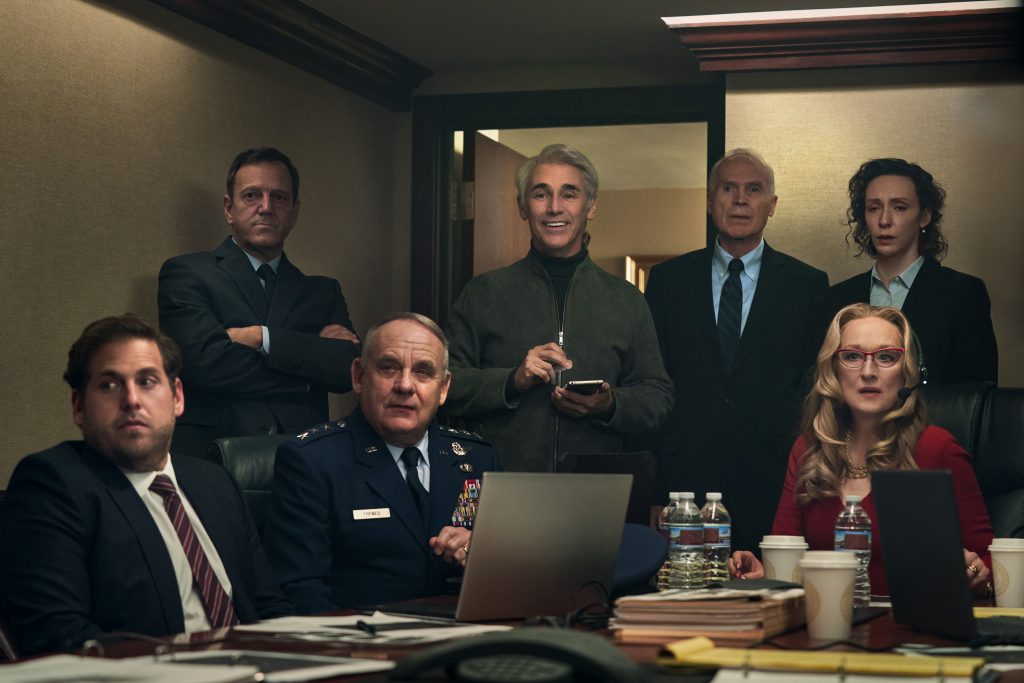 Adam McKay’s “Don’t Look Up” is of a piece with his most recent features, “The Big Short” and “Vice”: savvy but manic manifestations of information overload with political asides bristling for space with inspired (and some not-so-inspired) jokes. It took a few hours, or even days, to get perspective on this bountifully financed Netflix production, a star-laden satire of media indifference to events that could exterminate the planet—the political calculations of a rightwing president, say, or a comet coming this way a few weeks hence that would consume all in a fiery ball, serving as a large metaphor for global warming. There are tics and tricks in McKay’s editing that demonstrate he knows just what he’s doing with his barraging style across 138 minutes, including cutting off characters in mid-sentence to cut to the next scene. Distracted society? Distracted movie. “Don’t Look Up” can feel like the most expensively produced sketch-comedy show in history, but most of the bits hold both guffaws as well as gnawing elements: McKay seeks inconvenient sooth. Standouts in the teeming case: Cate Blanchett and Tyler Perry as the gleaming, almost-too-true-to-be-good hosts of a morning “news” show, “The Daily Rip” and Mark Rylance as an interfering billionaire nearly as strange as all those rocket guys put together. The ending works very, very hard not to be the ending. Let’s see how that turns out with casual Netflix subscriber-samplers. With Jennifer Lawrence, Leonardo DiCaprio, Timothée Chalamet, Meryl Streep, Jonah Hill, Ron Perlman, Rob Morgan, Ariana Grande, Scott Mescudi, Himesh Patel, Melanie Lynskey, Michael Chiklis and Tomer Sisley. Streaming on Netflix from Christmas Eve.

“The Matrix Resurrections” carries its internal contradictions with the feline grace of deadly, freak weather. It’s “The Martryoshka 4”! But you know what? It’s generous: for those who don’t love the city of Zion mythology, for instance, the movie is going to abruptly slip-slide into something else. You come for fresh philosophical constructs and time-bending conundrums and you will also get Neil Patrick Harris’ striped socks, worn with pants at flood level. Welcome to “The Matrix Detournements”! “We’re all trapped in these strange, repeating loops,” and that sentiment stands twenty-two years after the original was released. Our review is here. “The Matrix Resurrections” is in theaters and on HBO Max for thirty-one days.

Joel Coen’s “The Tragedy Of Macbeth” is a fearsome hallucination in stark black-and-white; the simplicity and precision of its presentation, from minimalist fourteenth-century sets by Stefan Dechant (“Avatar”) to detailed costuming by Coen familiar Mary Zophres, elevates and focuses, rather than distracting from the performances of Denzel Washington and Frances McDormand (as well as the fantastic Kathryn Hunter as the Three Witches). The cinematography by Bruno Delbonnel (“Amélie,” “Inside Llewyn Davis”) is less hyperreal than hyper-dreamt, relentlessly crisp. Carter Burwell’s score suits the scene, far from the Americana of earlier scores for Coen pictures. In theaters Christmas Day. 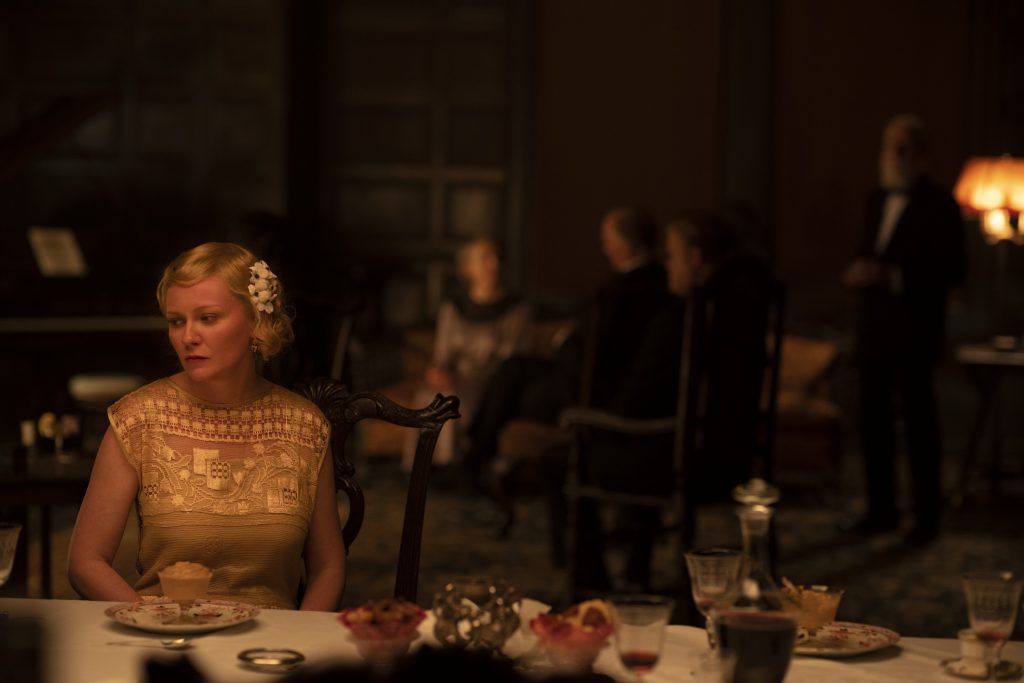 Seven-time CFCA winner “The Power of the Dog”