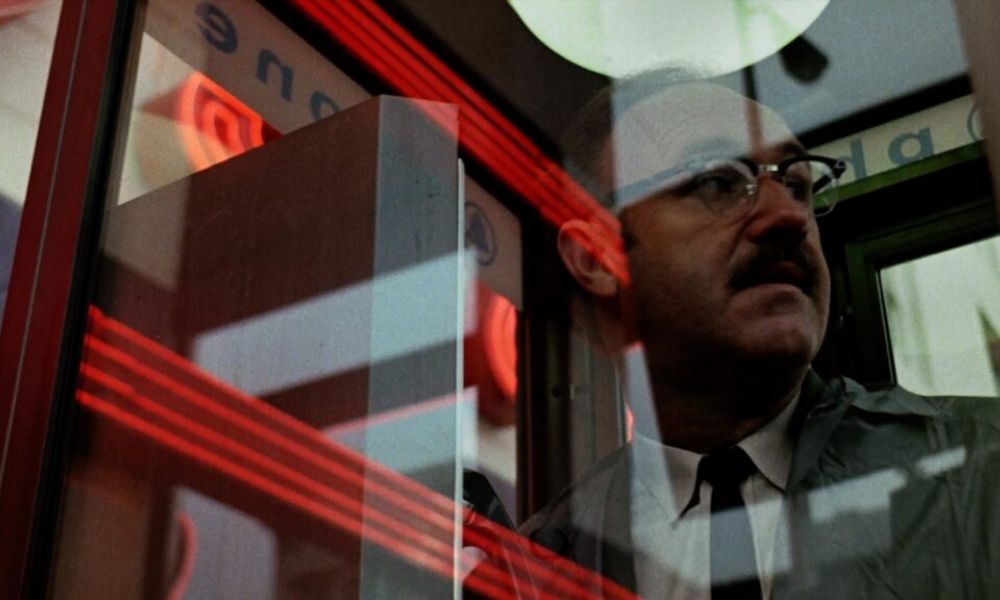 The only theatrical opening of note this week is at the Music Box, the late composer Jóhann Jóhannsson’s only feature, a meditation of the Brutalist evidence of civilization told as if from many millennia ahead; and a single-night showing of the documentary portrait of the powerful British musician and musical influence “Poly Styrene: I Am a Cliché,” by Paul Sng and Celeste Bell, on February 3 also at the Music Box. Nicolas Roeg’s 1976 “The Man Who Fell To Earth” with David Bowie is shown in a 4K restoration as part of the weekly “50/50” programming at the Film Center on Monday, January 31. Francis Coppola’s 1974 “The Conversation” shows in restored 35mm for a week at the Music Box. The Chicago Film Society is back to a full schedule, this week showing Harold Lloyd’s “The Freshman” and Jim Jarmusch’s “Ghost Dog Way Of The Samurai,” both on 35mm. Plus: Dana Stevens’ superb biography, “Camera Man: Buster Keaton, the Dawn of Cinema, and the Invention of the 20th Century” is out in hardcover. Plus, from Sundance, the Los Angeles Times finds a raft of investors as grim as can be about the future of financing and distributing the sort of films that are shown by the Park City, Utah-based festival. 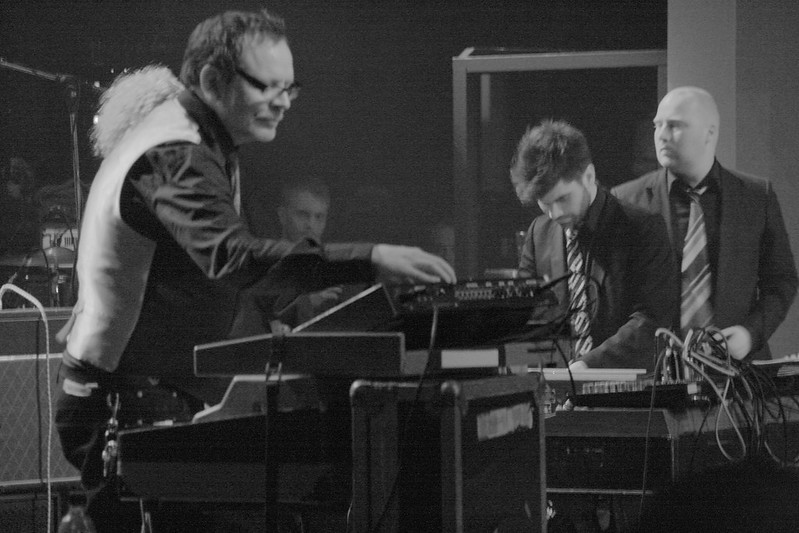 Jóhann Jóhannsson’s “Last And First Men,” narrated by Tilda Swinton, is an appropriately fantasticated vision and last testament from the late Icelandic composer whose rich scores were integral to the lasting sensation of the movies he wrote for, which included “Arrival,” “Mandy,” “The Miners’ Hymns” and “Blade Runner 2049.” It’s a serene (perhaps too bleak to some) meditation on an unpeopled future, told almost entirely in striking black-and-white images, the evidence of lost civilization from two billion years distance in ruins of Brutalist architecture. 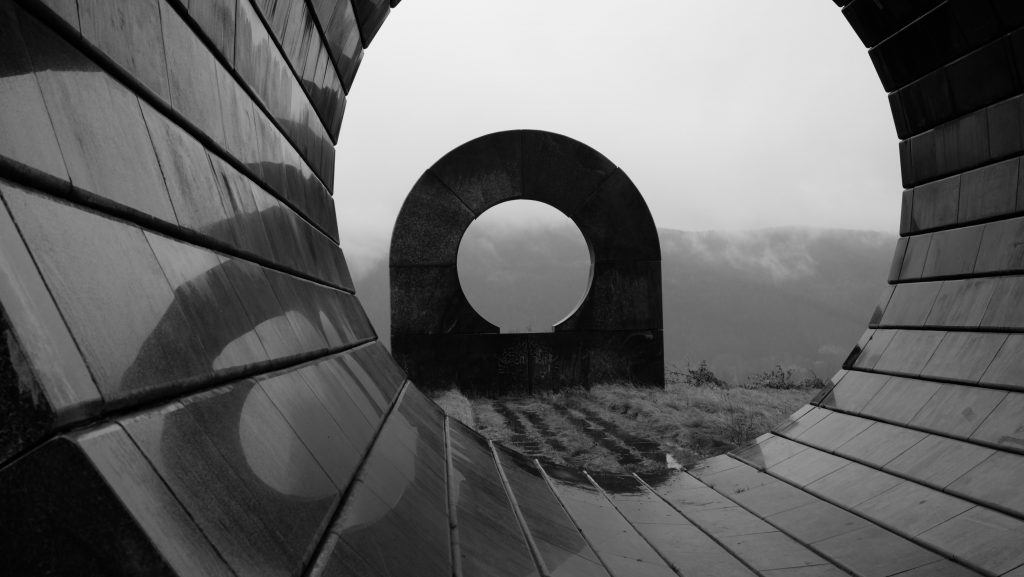 As his final work, it is a cryptic final statement that we must take as we will, just as the monuments seen by future eyes would remain enigmatic in every detail. Its solemnity sears. This assuredly onrushing vision, based on the 1930 science-fiction book by Olaf Stapledon, looks, feels, so much like Jóhannsson’s musical soundscapes: what must have been contained in that fragile mind. Consider it a hopeful tragedy. Music Box, January 28-February 3.

Francis Ford Coppola continues his legacy flex as an octogenarian filmmaker who’s also world-champion cinematic copyright holder and self-preservationist on the run-up to his reported-by-Deadline fall 2022 shoot of the $100 million-plus epic “Megalopolis” with a restored 35mm print of the masterpiece, “The Conversation,” that he created between “The Godfather” and “The Godfather Part II.” Its hypnotic hold does not flag, no matter how many times you’ve seen it. Surveillance and guilt: secrets and sharers. Its paranoia matches that of any old denizen of our modern world. Music Box, January 28-February 3. 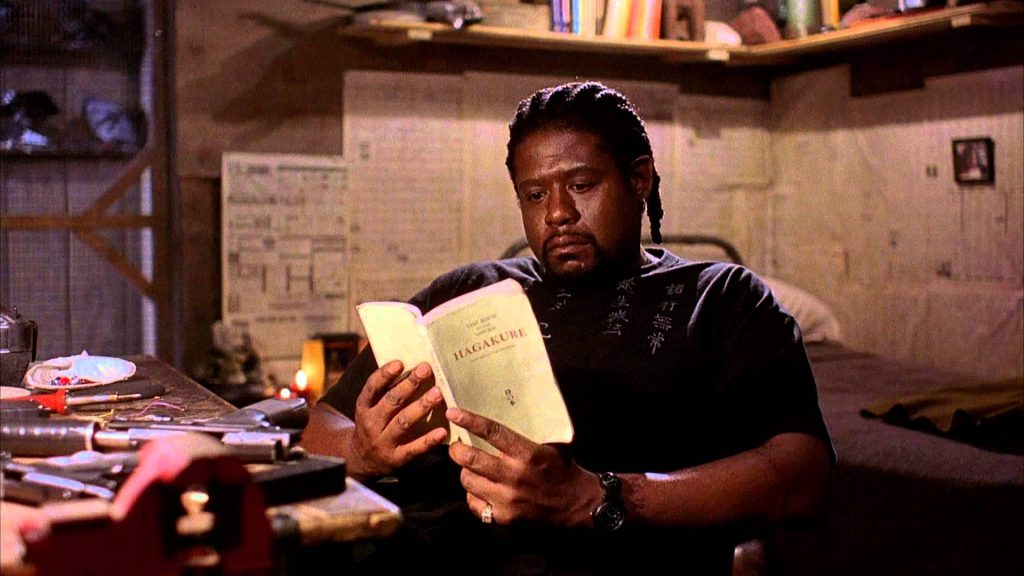 “Ghost Dog: Way Of The Samurai”

The Chicago Film Society has published its first print calendar in two years with its scheduled winter attractions. “Our new season runs the gamut from silent films of the 1920s about footballers and firefighters to twenty-first century feminist slashers,” they write. “We’ll also be presenting two new restorations from the Library of Congress, a pair of oddities from our own collection, and neglected films from John Ford, Jim Jarmusch, Jane Campion, King Vidor and George Cukor. Most importantly, we’re showing everything on film. After months of self-medicating with movies on Blu-ray and VHS and VCD and streaming films from Silicon Valley disruptors and disreputable Eastern European servers, we’re going back to showing films the way they were meant to be seen: on the big screen, on 35mm and 16mm film, with an audience of strangers and freaks. Quibi is dead and cinema is alive.” This week’s living, breathing features: Harold Lloyd’s 1925 “The Freshman,” on 35mm from Harold Lloyd Entertainment at the Music Box, Saturday, January 29, 11:30am, with live musical accompaniment by Dennis Scott. Also at the Music Box,  Jim Jarmusch’s 1999 “Ghost Dog: Way Of The Samurai,” on 35mm from Lionsgate by permission of Janus Films, which boasts Robby Müller’s acetylene-lit metropolis, RZA’s trip-hoppy score and Forest Whitaker’s lumbering, ursine hitman who is both cartoon and embodiment of the samurai creed. Music Box, Tuesday, February 1, 7pm, More here. 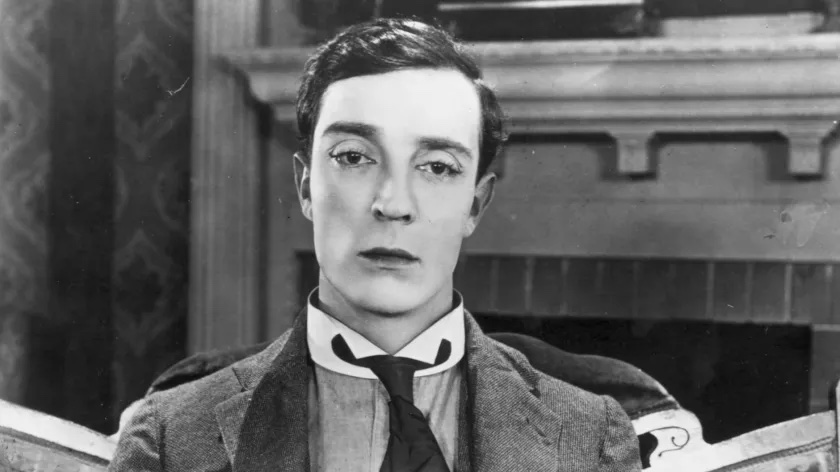 Slate film critic Dana Stevens’ superb book on the century of Buster Keaton, “Camera Man: Buster Keaton, the Dawn of Cinema, and the Invention of the 20th Century” is out now. Admiring words from me here.

From Sundance, Los Angeles Times reporter Ryan Faughnder asks if streaming is the only hope left for independent features. Film financier Jason Cloth, “the Toronto-based chief executive of Creative Wealth Media, which works closely with Canadian production company Bron Studios, is now convinced that making small indie dramas for movie theaters is a sucker’s game… ‘I need to understand what everyone’s thinking in terms of exit before I’m comfortable putting up money… And now, I’m not all that comfortable seeing independent film pitched to me with a theatrical exit, and I’m quite vocal to people, telling them, “I think you’re delusional.” And then they pull out films from three, four years ago, and say “Look at how they did.” I’m like, “That was three, four years ago. This is a new world.”‘ The unpredictable COVID-19 situation is only partly to blame for struggles. Producers and studios are reckoning with long-term trends in audience behavior that were turbocharged by the pandemic. Moviegoers over 35—the prime demographic for festival selections—are the most reluctant to return to theaters, especially older women… Viewers have become used to being able to see a movie at home as soon as it hits theaters, or shortly after, as studios experiment with new distribution models.”