My favorite thing about the title, “The Worst Person In The World,” after seeing the film a couple of times is that not only does it not refer to the protagonist, she doesn’t even hear it; it’s a throwaway line about the insecurities of another character in the face of a crashing relationship while contemplating global crisis.

Joachim Trier concludes his informal “Oslo Trilogy”—begun with “Reprise” and “Oslo 31 August”—with a gorgeously photographed and designed mosaic of the myriad mistakes of a contemporary urban woman, Julie (Renate Reinsve), onrushing toward the age of thirty across the final four years of her twenties. She’s a rich, but sometimes volatile character in the erratic, but over months and months, steady process of becoming herself.

One of the year’s small yet immodest miracles, written by Trier and his regular co-writer Eskil Vogt, the film is a drama in the fashion of a romantic comedy, with serious moments woven with an assured touch into heightened feeling and occasional subjective fantasy. It’s a genuine epic, an intimate one. Existential? You’d think so, looking again and again onto the canvas of Julie’s face.

“The Worst Person in the World” observes Reinsve’s face at many moments, a pliable, expressive instrument that expresses joy and confusion with equal grace. (She’s a veteran stage actor in Norway.) Trier’s pacing allows for an extra beat of reflection from his characters, but it’s Julie whose thoughts across her face are as precise as the language in the intermittent, semi-novelistic voiceover. Julie is an unformed character, blooming across the chapters of her life, revealing herself to the filmmakers, to the film itself. She shoulders on professions and relationships, often finds them ill-fitting, shakes them off. And not always to the desired, or greatest result. Everyone can have a moment, elevating themselves to being the worst person in the world.

“Even if this is more a comedic film, there is also a sense of loneliness in her,” Trier says in the film’s notes, “she is sabotaging her relationships for reasons I want the audience to speculate and interpret, but I think this is an interesting aspect of her personality, she is not perfect.”

Trier, as always, finds heightened settings, in locations and light. Like the other “Oslo” films, “Worst Person” creates a world that looks naturalistic, but only a little more so. Shot on Kodak 35mm film by Danish director of photography Kasper Tuxen, mostly across nights and days and dawn and dusk in Norwegian summer, there are scenes in city apartments just past dusk that feel just right, both for the lived-in-ness and for the psychological instant, offhanded and accurate. And yet if you look closely, there’s magic at work, and in that flash, you simply can’t figure just how many light sources or reflective surfaces may well be at work. (Tuxen shows that’s so as he gets technical in a talk with Kodak: “Many lengthy interior daytime scenes had to be shot under controlled artificial lighting, using bounced light from different ARRI LED SkyPanels, Daylight HMI Fresnels and LiteGear LiteTiles, plus carefully-positioned Astera tubes, again for the sake of continuity.”)

Trier plays with formal qualities while also baring dark emotions, Trier’s style, allusive as literature, elusive as lyrical cinema, is virtuosic but intrinsically ragged. You think, how is this moment, this shot, this patterning, this music cue, so beautiful, so odd and then so true, and so often so emotionally devastating? (A friend asked me early why I teared up early into a second viewing, only a little bit before they, too, found moments to become misty.)

Medicine, psychology, writing, photography: what will the gifted Julie find worthy of investing her energies in? Her relationships, partly; including with family-craving boyfriend Aksel (Anders Danielsen Lie of “Reprise” and “Oslo 31 August”), an underground cartoonist-turned-graphic novelist more than a dozen years older than her whose hero is an incendiary wolf. Julie’s casual wander at dusk away from a publication party for Aksel, where she feels slighted, ends at a wedding party that she crashes, taking up several drinks, another personality and several flirtatious hours with Eivind (Herbert Nordrum). Their sweet meet-cute is also deeply serious. Is this cheating, they ask each other, before parting, perhaps forever. Don’t tell me your last name, she says, I’d only find you on Facebook. Right, right, he says, before they part at the summery dawn.

Much, much more happens. Simple surprises abound. Trier has said the songs that course through the soundtrack are just the same he’d choose if he had made a bubbly romantic comedy. An early scene, with Billie Holiday singing “The Way You Look Tonight,” with a couple who are moving in together are playfully bantering about their merged book collections, echoes a scene in Woody Allen’s “Annie Hall,” as both nod and sleight-of-hand.

There’s no closure and sometimes it’s painful: at the end, she’s over here, not quite waiting for her life to begin. She’s found a place taking a specific kind of photograph, but her decisive moment is after a conversation with her subject on a film set, trading notes about a fictional relationship, a performance we’ve glimpsed a sliver of. Julie offers confident advice about performance, but it could well be what she’s garnered over the previous twelve “chapters.” Julie steps to the window and watches her subject walk toward the sidewalk, to the street, where someone waits for her. Another of her amplitude of appraising expressions takes in the relationship between that woman and the man in her life, a man once in her own. Her face provides a passage of features, a welter of endlessly vital and transformative expressions, yet still elemental. It’s a moment, and her performance is filled with them, as are Trier’s other five features. 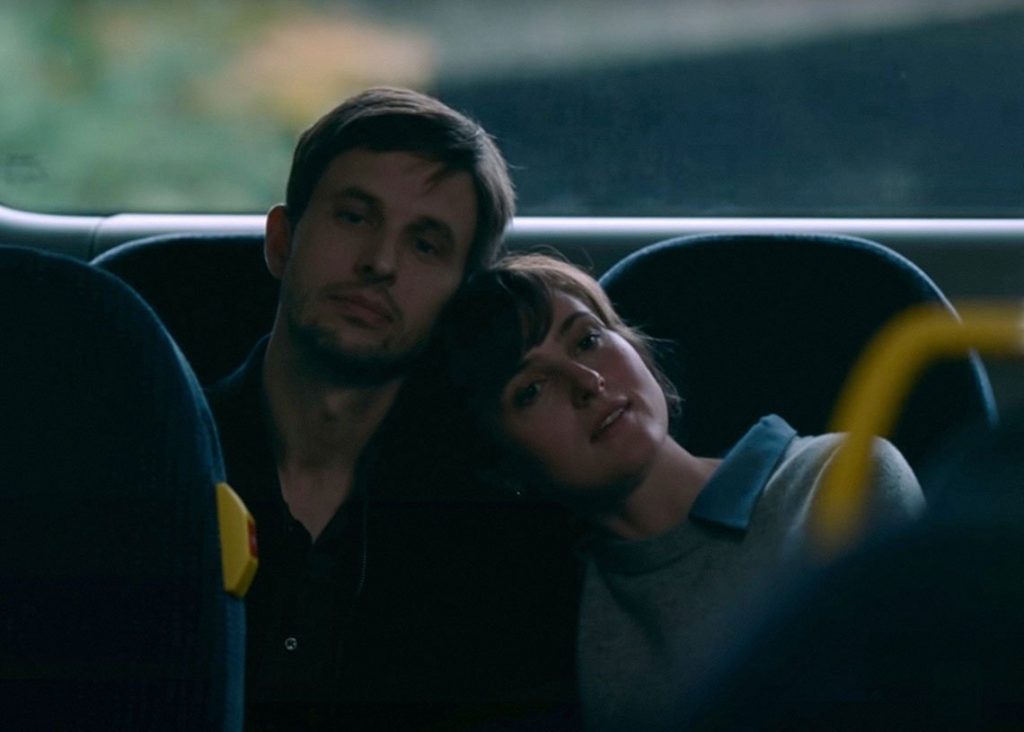 “Worst Person” concludes with Art Garfunkel’s cover of Antônio Carlos Jobim’s bossa nova “Waters of March,” and it floats on minutes of mood as the credits rise.

It seems like a goofy choice with which to end a movie filled with precise music choices, but it’s quietly giddy, and exquisite, too:

“The Worst Person In The World” opens Friday, February 11 at the Music Box and the Siskel Film Center.